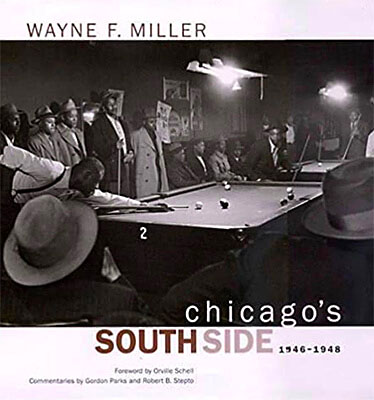 Photographer: Wayne Miller
By Wayne Miller, Orville Schell, Gordon Parks, Robert B. Stepto
Publisher: University of California Press
Publication date: 2000
Print length: 127 pages
Language: English
Price Range:
Reviews:
Wayne Miller's photographs chronicle a black Chicago of fifty years ago: the South Side community that burgeoned as thousands of African Americans, almost exclusively from the South, settled in the city during the Great Migration of the World War II years. The black-and-white images provide a visual history of Chicago at the height of its industrial order—when the stockyards, steel mills, and factories were booming—but, more important, they capture the intimate moments in the daily lives of ordinary people. Miller was adept at becoming invisible, and his photographs are full of naked, disarming emotion.

One of the first Western photographers to document the destruction of Hiroshima and the survivors of the bombing, Wayne Miller had just returned from his stint as a World War II Navy combat photographer under the direction of Edward Steichen when he received two concurrent Guggenheim fellowships to fund his Chicago project. Taken over a course of three years beginning in 1946, his photographs span city scenes from storefront church services to slaughterhouse workers in the taverns at night to a couple making love. In addition to affording a glimpse into the hopes and hardships shared by a community of migrants who had just made the long journey from the rural South to the urban North, the images collected in Chicago's South Side reflect the enormous variety of human experiences and emotions that occurred at a unique time and place in the American landscape.

A few celebrities appear in these images—Paul Robeson, Ella Fitzgerald, Lena Horne, Duke Ellington. But mostly we see ordinary people—in clubs and at church, sporting events, parades. Much is on view that is of interest to the student of mid-twentieth-century black Chicago: the neighborhoods Richard Wright's Bigger Thomas traversed in Native Son, the Bronzeville limned in Gwendolyn Brooks's earliest poems, and the street life that inspired the urbanscapes of painter Archibald Motley. The kitchenette apartments that Miller so deftly memorializes are bursting with people of all ages sleeping, dressing, courting, and dreaming. One senses the intimacy between his subjects and the emotions that animate their lives.

Gordon Parks's memoir of poverty and hope in the freezing tenements of the South Side supplements the photographs, while Robert Stepto's essay contextualizes the South Side in the history of postwar Chicago. Chicago's South Sideis a superb testament to the talent of the photographer, to the spirit of the people the images portray, and to the moment in American history these photographs capture.
Search
follow us
Facebook
Twitter
Instagram
Pinterest
YouTube
Blogspot 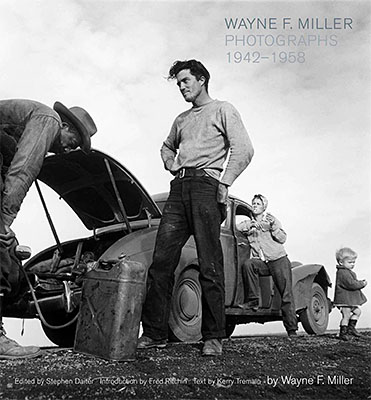