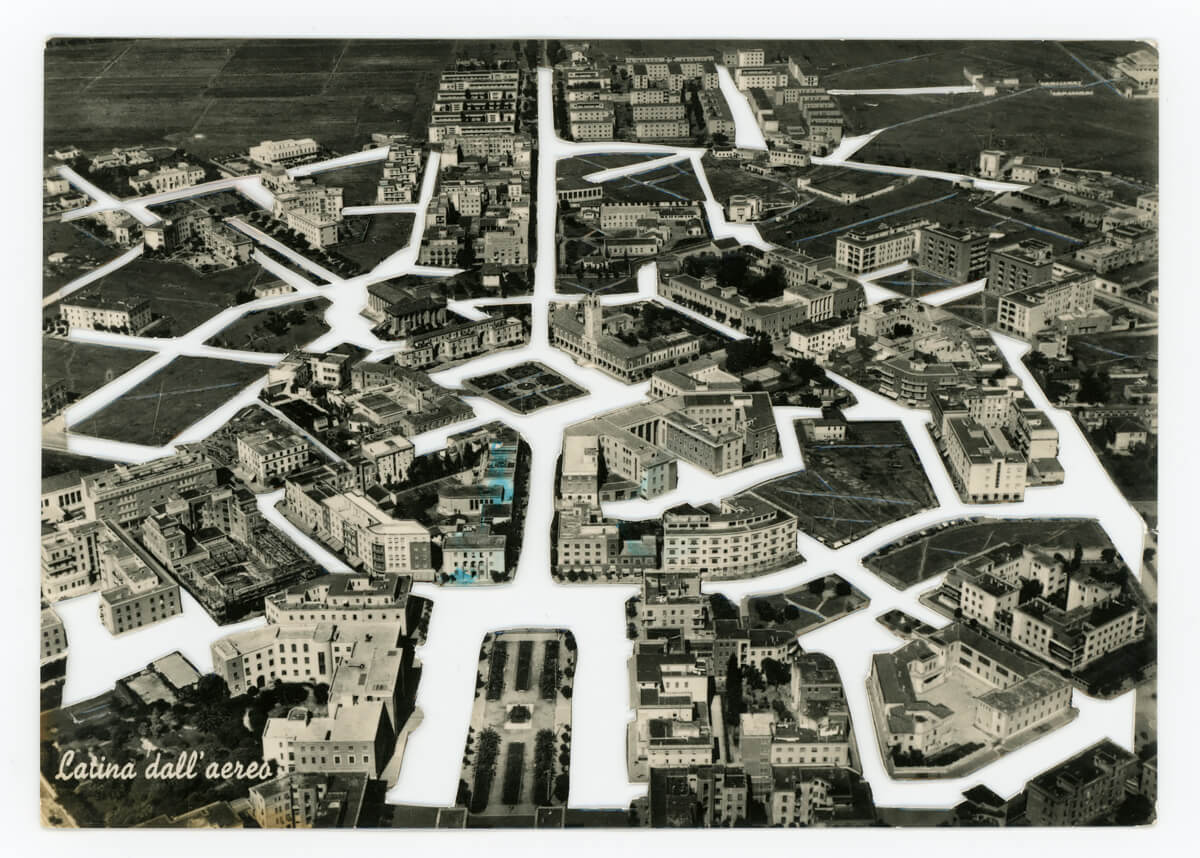 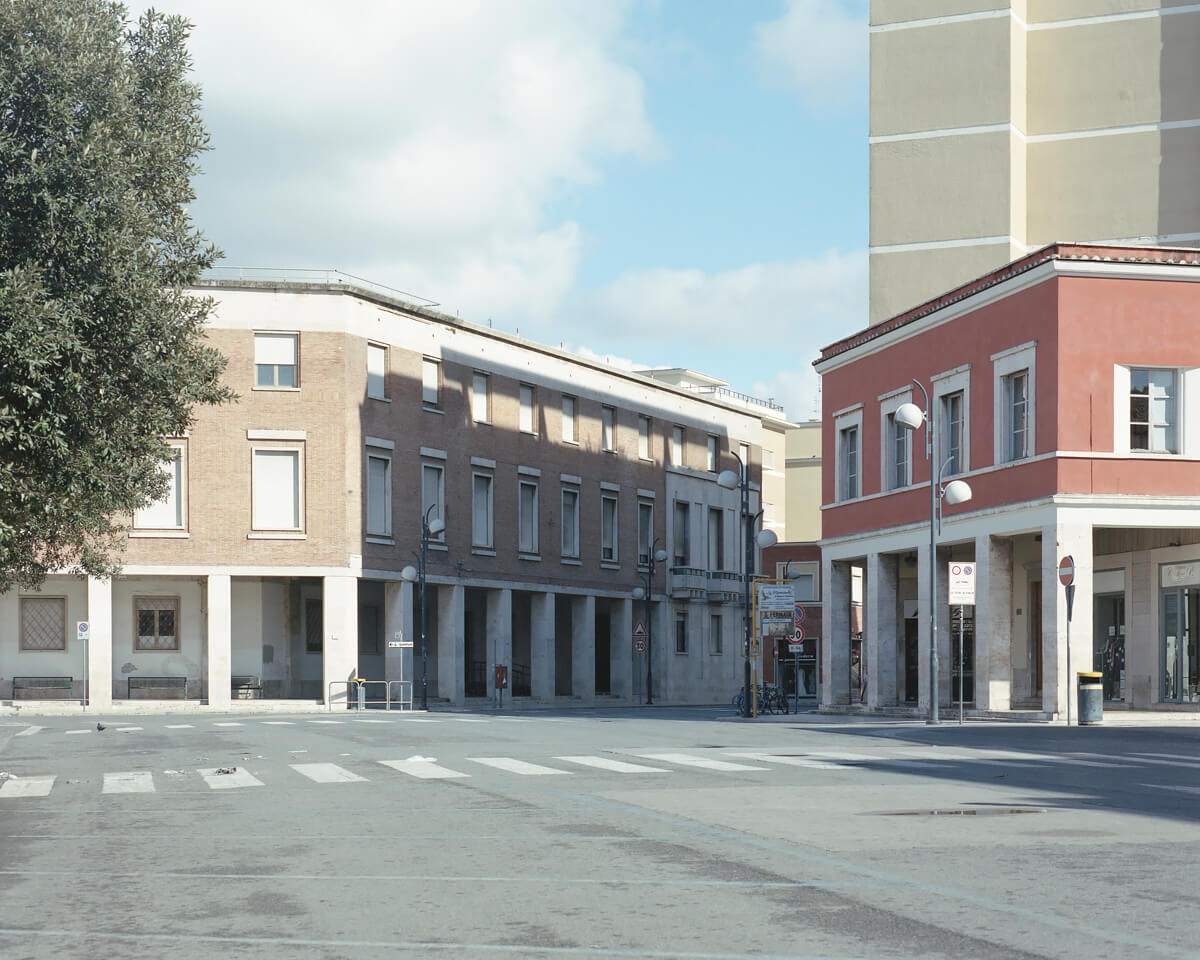 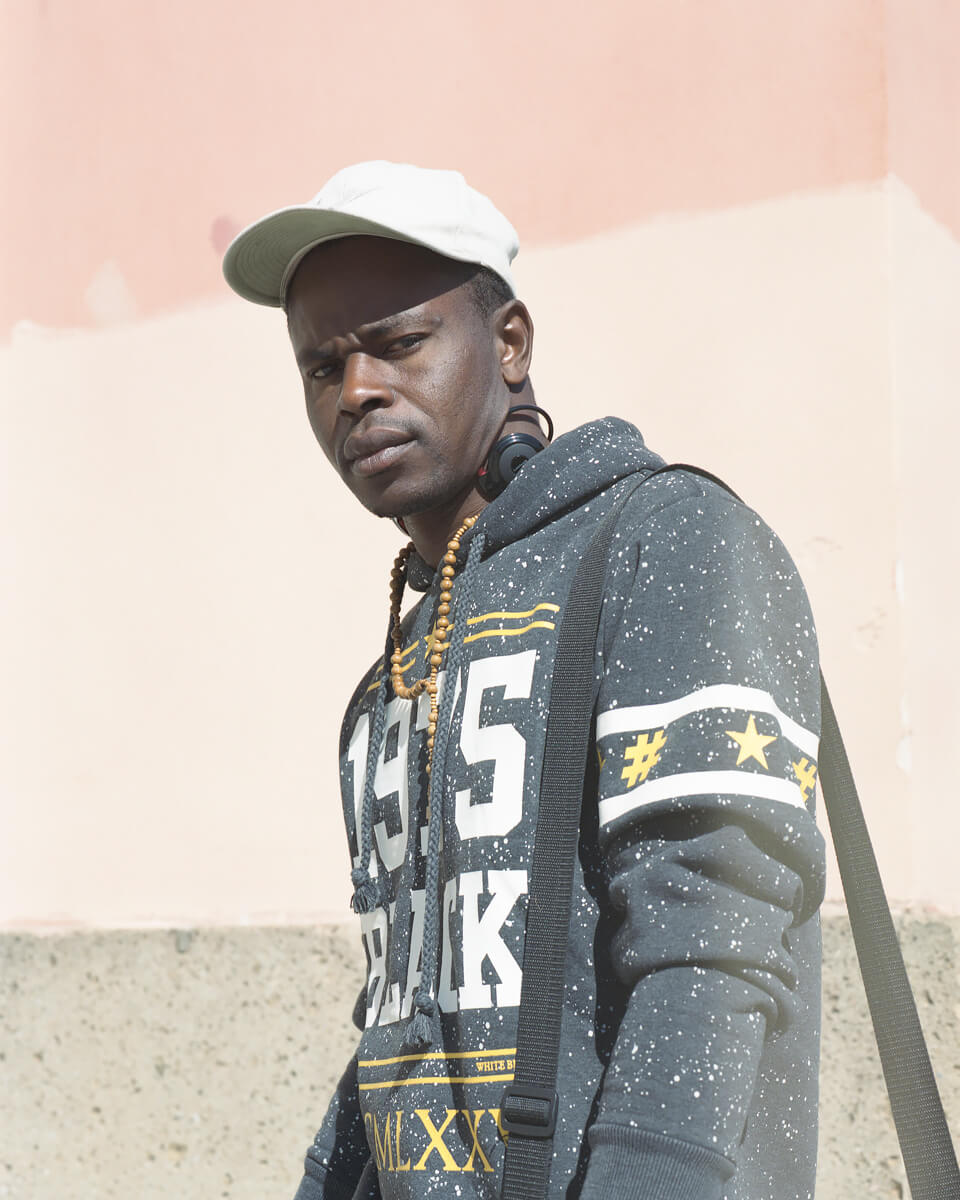 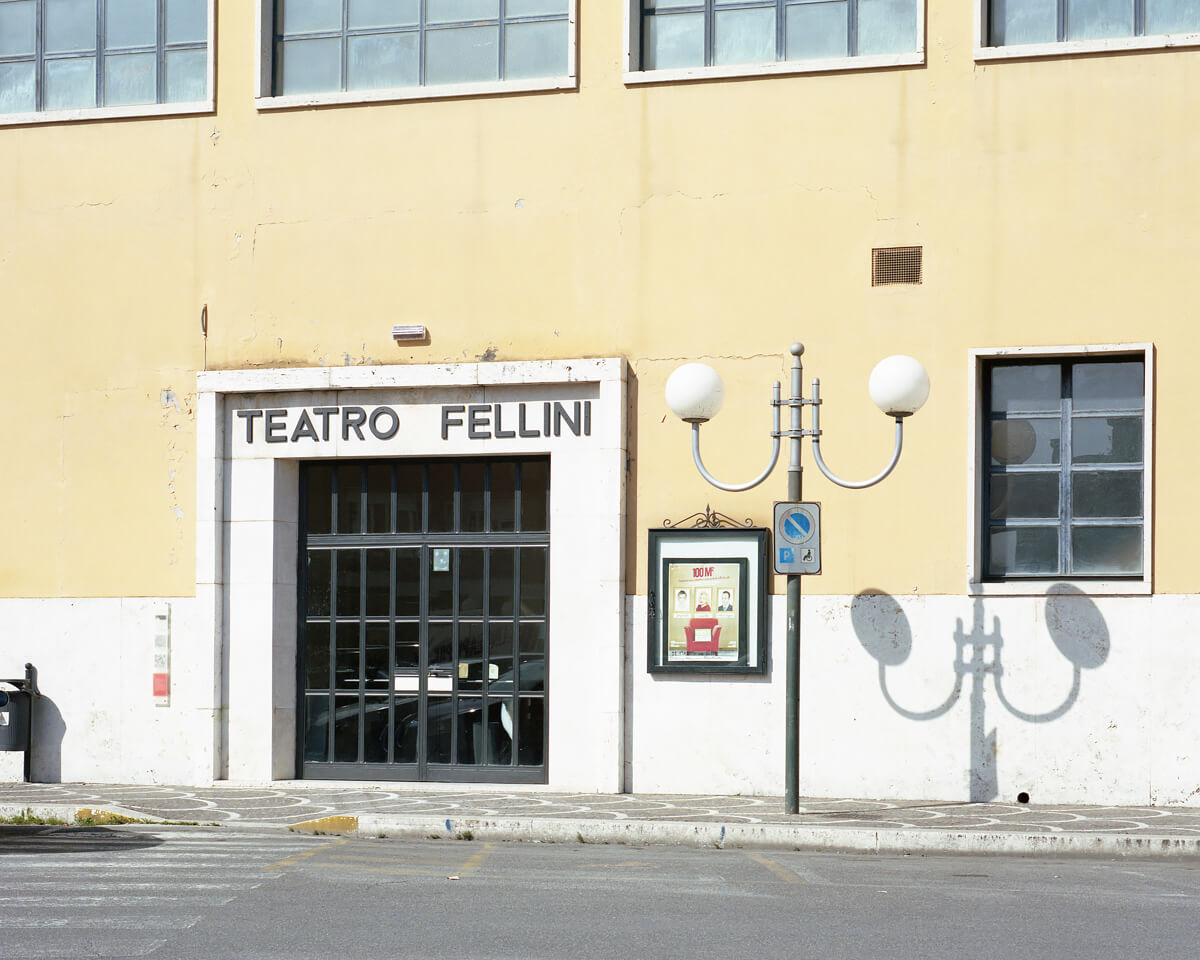 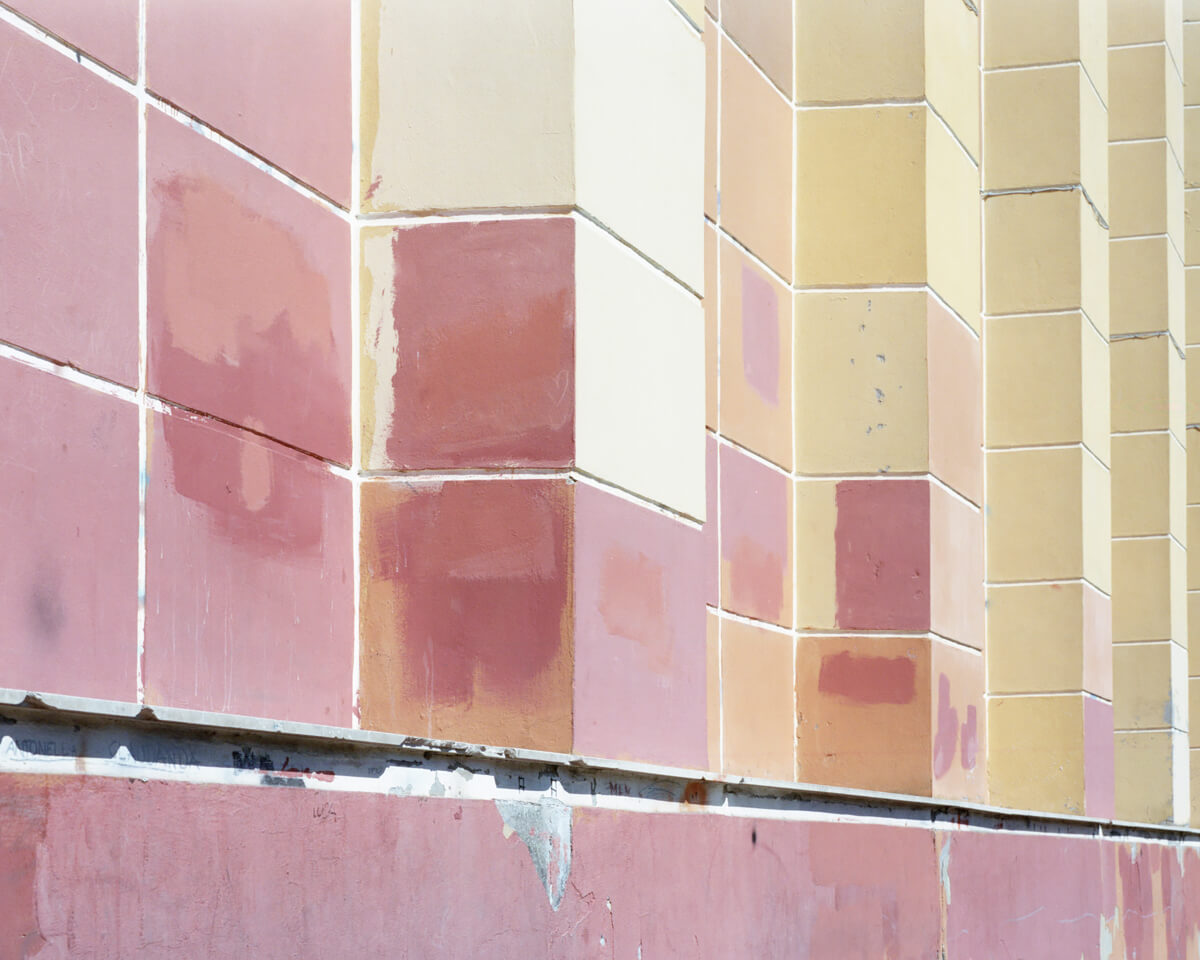 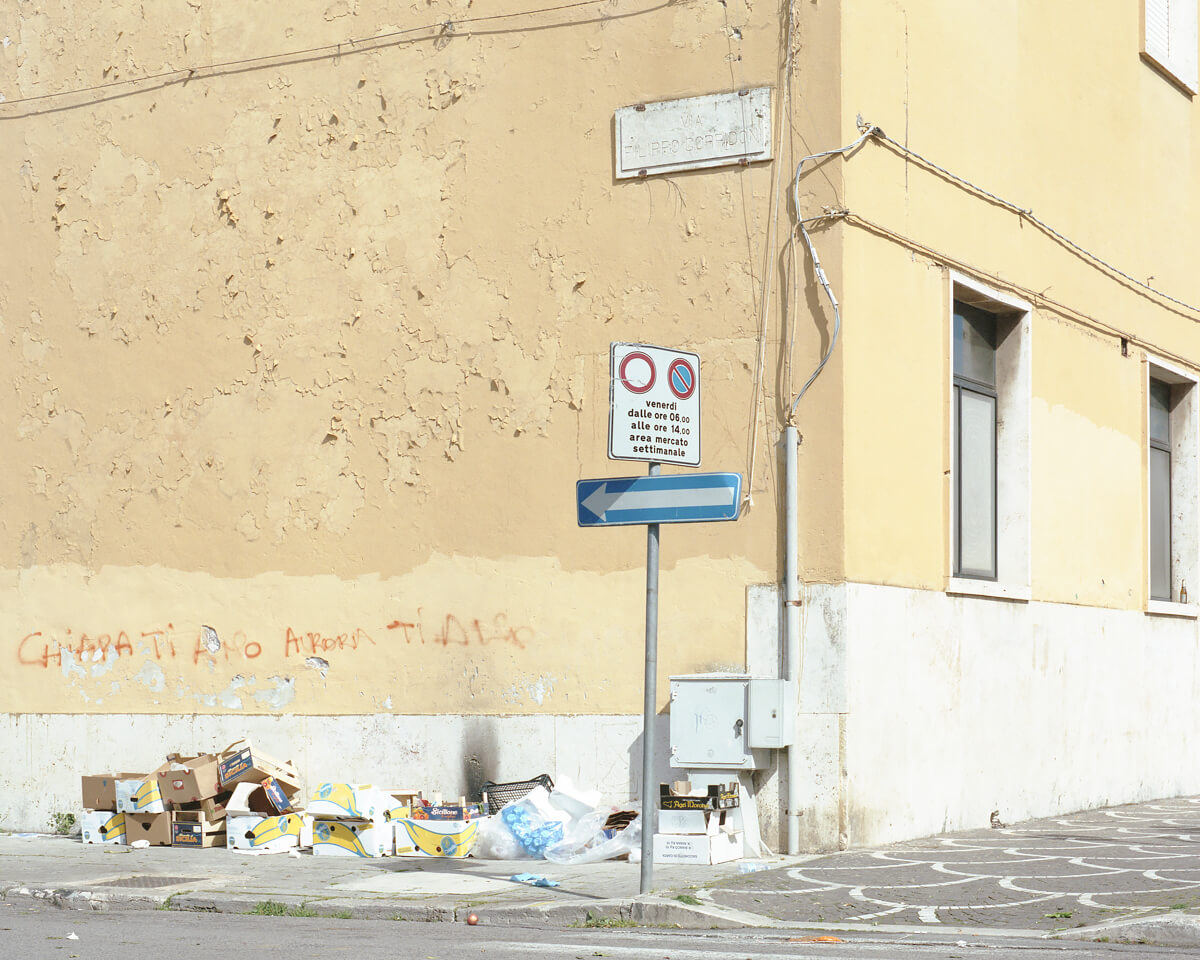 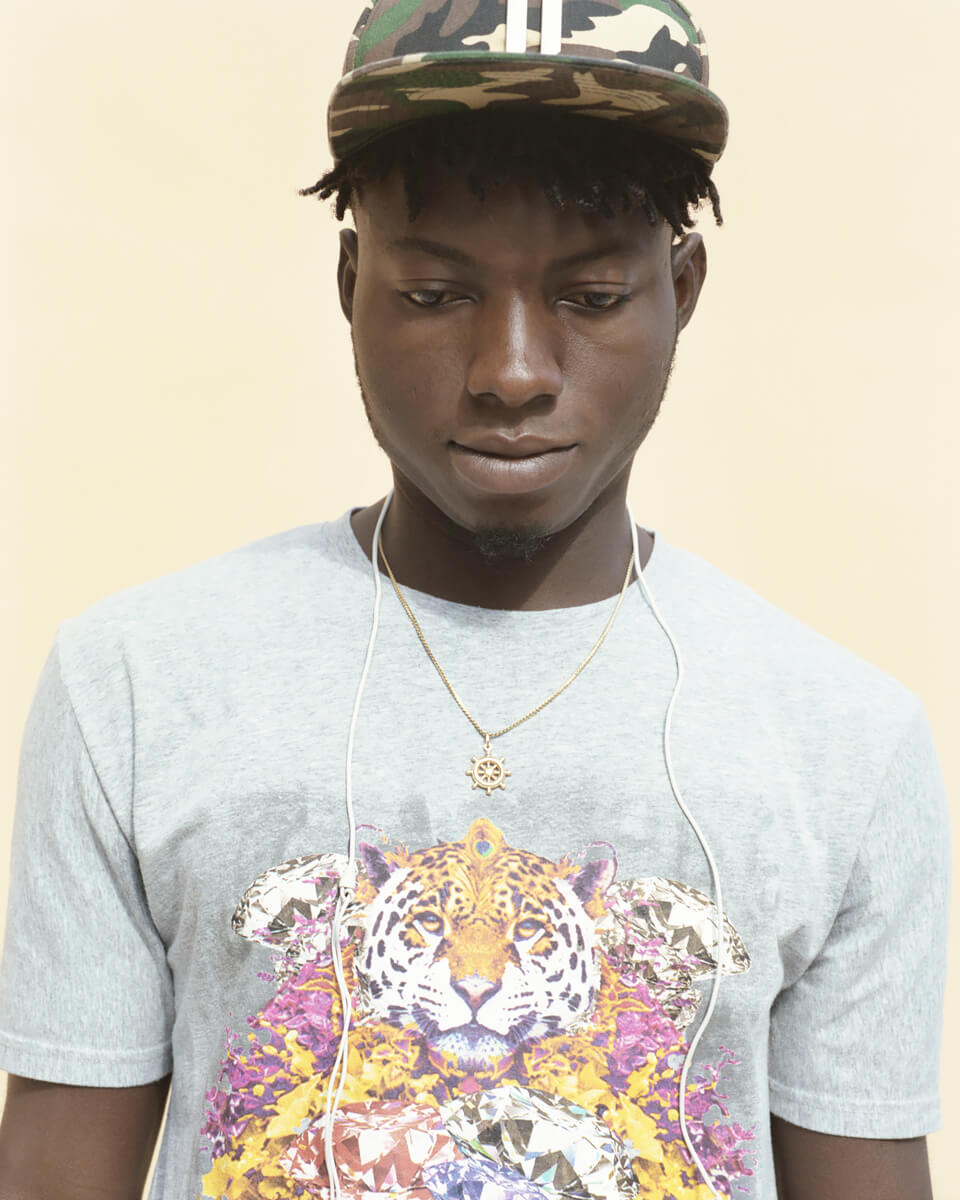 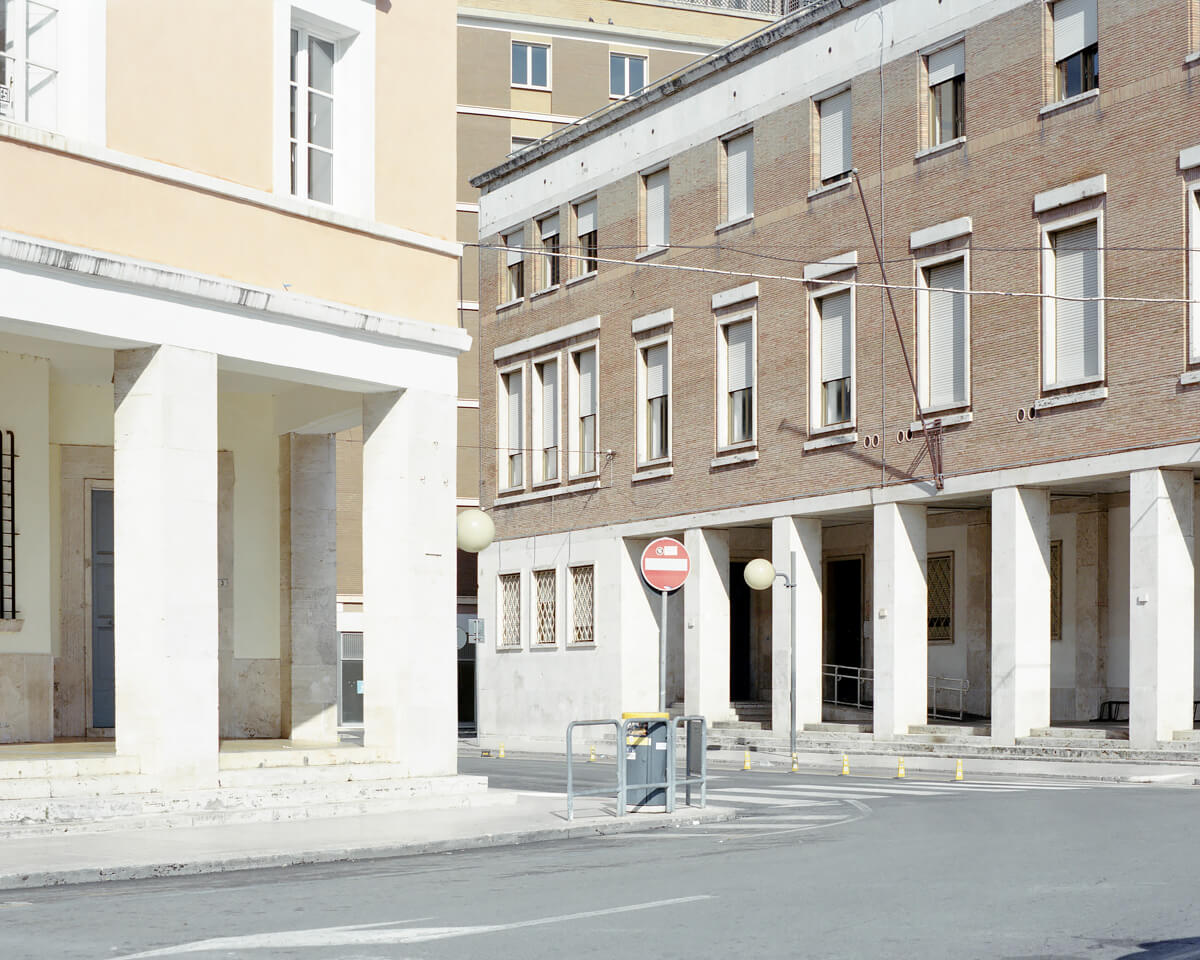 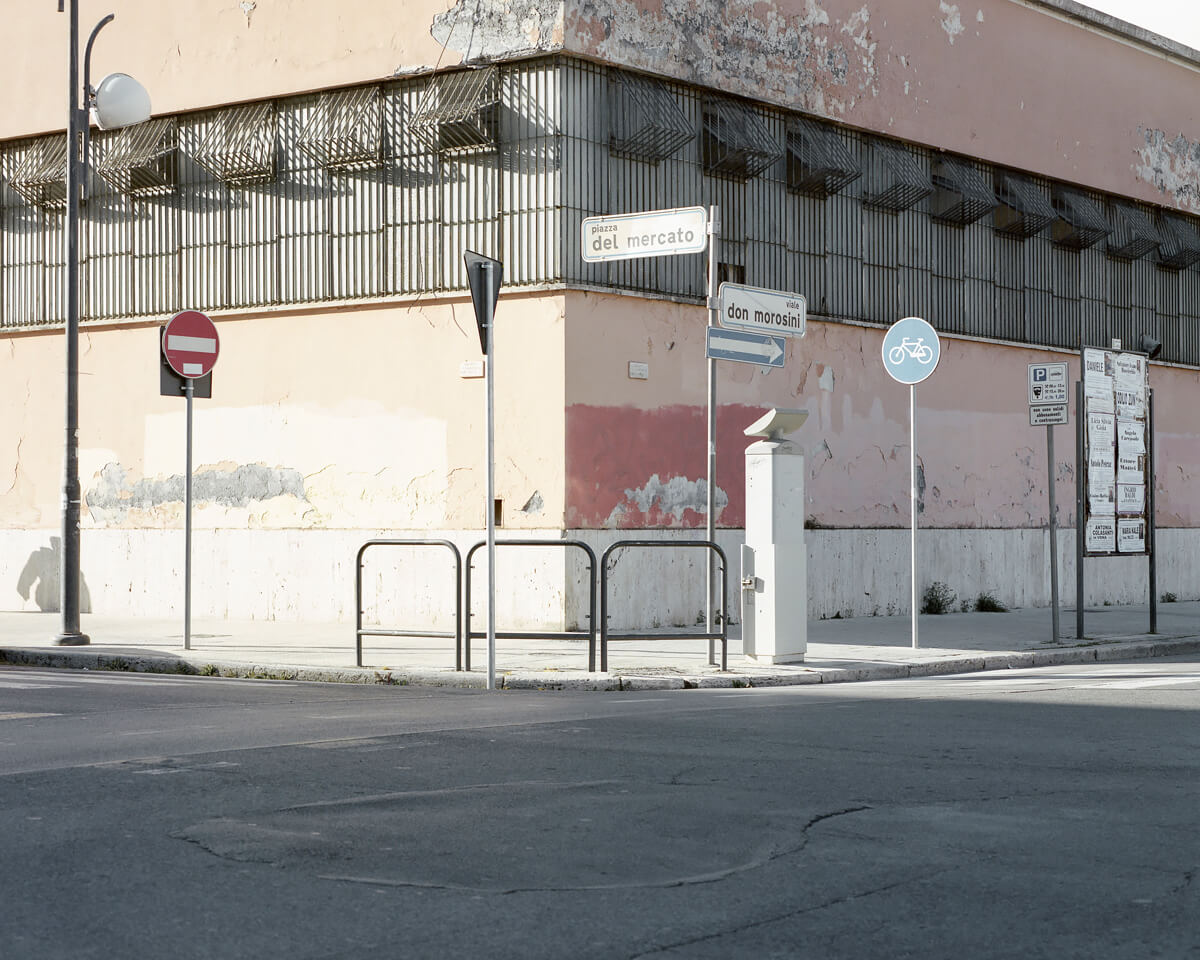 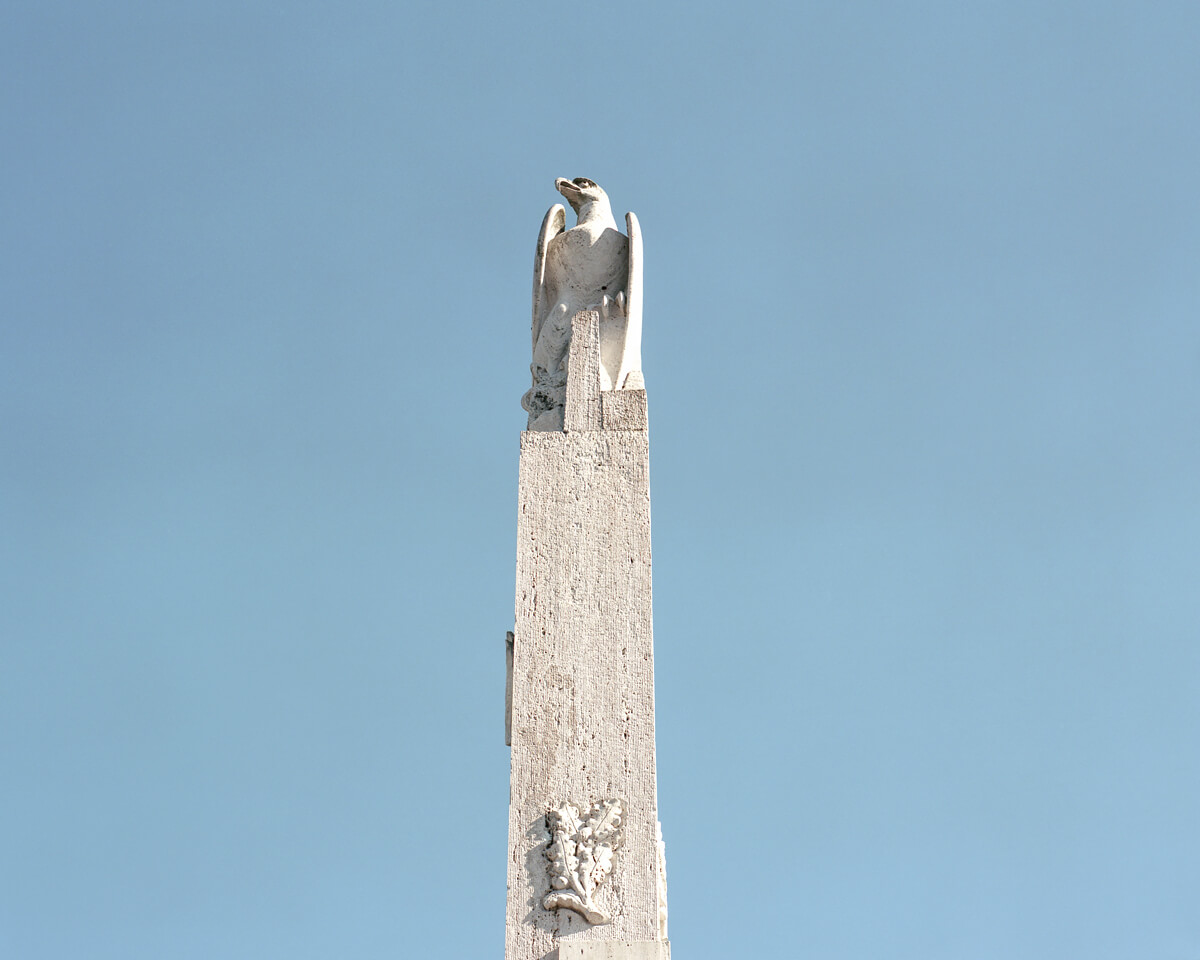 PreviousNext
© Wiktoria Wojciechowska
Country: Poland | Born: 1991
Wiktoria Wojciechowska b. 1991 in Lublin, in the green East of Poland. Graduated in faculty of Media Art on Academy of Fine Arts in Warsaw. In her works she uses narration based on borderline of documentary and creation.

When she was 3 mother gave her scissors to make paper cuttings. At the age of 4 she decided to become a prima ballerina but at the same time she was sculpting little animals in plasticine - now her father thinks it was the beginning of the artistic way of her life. School didn’t kill her creativity. When she was 17 she completely fell in love. She started to use photography as a tool for collecting memories - camera was always in her pocket. This addiction is still progressing...

About Own PLace:
This cycle of works is a symbolic attempt of connecting a human being with his place of living. In times when distance is no longer a barrier and when settling down and identifying with space is getting harder. Looking out through their windows, the figures are pensive and lonesome. Their bodies reflected in the window's surface and create with the surrounding space a natural synthesis of the pseudo-images and real sceneries. The apparent presence, free- style conception voluntarily putting aside our in-depth roots and the unsuccessful attempts to "dwelling" in a different area, these are the characteristics of contemporary nomadism. Despite the compulsion to constantly seek a “better” place, the need for taming the space is not willing to disappear. Images of dream houses, houses from memories, typical – as on child’s drawing they construct a visual archetype of an asylum. Pictures of people and suburban houses compile an image of longing for stability, safety and owning your own place.

About Swallow:
It is very easy for us to treat the Chinese people as a mass where you can’t specify components, particular individualities. Robots with identical faces, pursuing wealth, without a free will, blindly executing the orders of the government, disrooted from tradition and spirituality. We are comfortable with pigeonholing them in stereotypes, thus reassuring ourselves of our superiority. Starting from this position we are going East, colonising everything with western pop culture, being never really able to deeply understand even a single individual. This project is an intimate record of conversations and images from the period of time which I spent with my friend Cong Yan in China. I merge symbols and meanings, the codes from eastern and western cultures. I’m floating on associative intertexts, looping references. The project contains digital, analog and polaroid photographies, both, black & white and colour. Furthermore, it contains photos with graphic modification, archives, objects, images, gifs or short videos and texts. All in all, it contains around 100 elements.
Website:
www.wiktoriawojciechowska.com
Share:
Selected Work:
Wiktoria Wojciechowska

Marco Garabello
Nationality: Italy
No, I haven't been a photographer for all of my life. When I was younger, I worked as a journalist and TV anchorman, then, for another ten years, I worked as a manager for several companies, both Italian and foreign. Then the "fil rouge" of photography, that crossed my whole life, had the upper hand and became a full-time job, that I could enrich with all my previous experiences.
More than six hundreds awards in International Photo Contests (among which 120 gold medals)(…)
All About Marco Garabello

Constanza Hevia H.
Nationality: Chile
Born: 1985
Constanza Hevia H. is a Chilean photographer who is based in San Francisco, California. Her appreciation and curiosity about the life of ordinary people has led her to use photography as a tool of social observation. Intrigued by everyday life scenes, one of her main goals is to document and leave testimony about the strengths and weaknesses of human nature.
All About Constanza Hevia H.

When I became acquainted with photography, I have started to experiment with all sorts of forms of photography. It was a big discovery to reveal the dynamics in the most mundane moments on the street, that have turned out (…)
All About Sandra Jonkers

Laurence Demaison
Nationality: France
Born: 1965
Having practiced various means of artistic expression (painting, drawing, sculpture) since childhood, and completing formal training in architecture in 1988, Laurence began her self-taught journey into photography in 1990. Particularly interested in the female portrait and nude, and finding it difficult to adequately convey her mental images into words and direction, she gave up on the use of models and began to use herself exclusively as the subject of her photographs.(…)
All About Laurence Demaison

Robi Chakraborty
Nationality: United States/India
Born: 1959
Originally from India, Robi Chakraborty studied photography under the prestigious O.P. Sharma at Triveni Kala Sangam Photography in New Delhi. He began his career doing both commercial and press photography in the early 1980s, but through wanderlust and with a spirit to explore, Robi became drawn to photographing the people in the cities and villages of his native India. Taking roads less traveled, Robi sought out cultures and ways of life that were quickly becoming lost in (…)
All About Robi Chakraborty

Alamsyah Rauf
Nationality: Indonesia
Born: 1982
Alamsyah Rauf was born in a small district in south sulawesi precisely in Kab.Sinjai, maybe that's why this photographer is less known among photographers in Indonesia but his work has won dozens of world-class photo contest.
After graduating high school, this man married in 2001 on the will of his parents, this makes him unable to continue college. After married Alamsyah worked in his parents' photo studio.
Alamsyah Learning DSLR cameras just look at the camera (…)
All About Alamsyah Rauf

Margo Ovcharenko
Nationality: Russia
Born: 1989
Margo is a Moscow based photographer.From a young age she has intuitivly taken portraits without posing her subjects. She yearns to reveal the fragile vulnerability of those she photographs. Drawing inspiration from light, color, and the use of perception in pre-nineteenth century paintings, she aims to narrow the distance between subject and viewer. Not believing in photography as a vehicle through which to search for aesthetic beauty, instead she sees it is a way to (…)
All About Margo Ovcharenko