Share:
Country: Austria/United States | Born: 1901 - Died: 1983
Lisette Model (born Elise Amelie Felicie Stern; November 10, 1901 – March 30, 1983) was an Austrian-born American photographer. Lisette Model began her creative life as a student of music. Through avant-garde composer Arnold Schönberg, with whom she studied piano, she became exposed to the Expressionist painters of early twentieth-century Vienna. She never formally studied photography but took it up in the 1930s while living in Paris. An early piece of advice received from a colleague--"Never photograph anything you are not passionately interested in"--became her motto. Model's images can be categorized as "street photography," a style which developed after the invention of the hand-held camera, which made quick, candid shots possible. Through her own complicated personal history, she found intensely empathetic connections with her disparate subjects. Model eventually settled in New York, where she met with quick success as a commercial photographer for Harper's Bazaar magazine and as an artist with her work exhibited at the Museum of Modern Art. For thirty years she taught photography in New York, where she instructed and befriended Diane Arbus.
Source J.Paul Getty Museum
Galleries:
Robert Mann Gallery
Bruce Silverstein Gallery
Zabriskie Gallery
Share:
Selected Book: 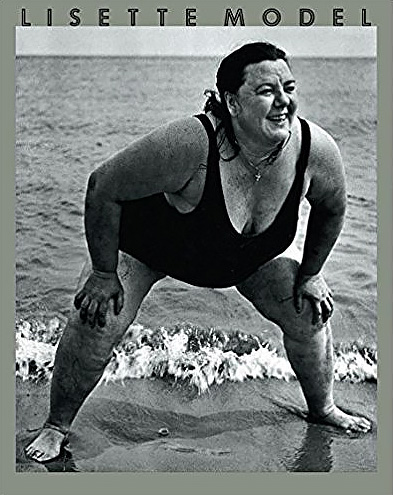 Lisette Model
Author: Lisette Model, Berenice Abbott
Publisher: Aperture Foundation
Year: 2007 - Pages: 112
Lisette Model is an unsurpassed introduction to one of the twentieth century's most significant photographers--a woman whose searing images and eloquent teachings deeply influenced her students Diane Arbus, Larry Fink and many others. To mark the twenty-fifth anniversary of Model's death in 1983, Aperture is reissuing this classic, highly collectible 1979 monograph--the first book ever published on Model--in the original oversized trim and with the original distinctive design by Marvin Israel, along with an updated chronology and bibliography. This timeless volume contains more than 50 of Model's greatest images, from the rich idlers on the Promenade des Anglais in the South of France to the sad, funny and often eccentric inhabitants of New York's most subterranean haunts.

Justine Tjallinks
Nationality: Netherlands
Born: 1984
Justine Tjallinks is an Amsterdam-based Dutch Artistic Photographer. She started her career as a magazine Designer and Art-Director and worked for leading fashion titles. After several years of working with photography she wanted to create imagery as she envisioned and took the leap towards a new career in 2014.

Justine aims to capture the uniqueness of individuals and the diversity of human beauty, often backed by a story of social importance. Inspired by the (…)
All About  Justine Tjallinks

Dianne Yudelson
Nationality: United States
Dianne Yudelson is an award winning photographic artist and master of the New Eclecticism Photography. Her work has been exhibited in Malaysia, France, Thailand, and throughout the USA. Dianne is a 2013 Critical Mass Finalist and a Julia Margaret Cameron Award winner in documentary, as well as street photography. Recent 2013 exhibitions include the Natural History Museum in San Diego California, National Geographic Museum as part of FOTODC, The FENCE 2013 and 2014 in Boston (…)
All About Dianne Yudelson

Roger Grasas
Nationality: Spain
Born: 1970
Roger Grasas (Barcelona, 1970) begins his professional career as a photographer in 1998 documenting cooperation projects for national and international foundations and NGOs as well as for UNESCO. Since then, traveling becomes the core of his artistic work, translating his experiences and reflections into visual arts.

Between 2005 and 2009 he is the director of the BisouFoto communication studio and co-founder of the phototroupe Studio agency. In both projects (…)
All About Roger Grasas

Sabine Weiss
Nationality: Switzerland
Born: 1924
Sabine Weiss was born in Switzerland in 1924. In 1942, she wonders what she will do with her life, and decides that she should become a photographer because it is what she loves to do. She is the daughter of a mother who showed her art galleries and Roman churches at a very young age, and of a researcher chemist father who loved to see her print her little photos with the resources available at the time.

Yousuf Karsh
Nationality: Canada
Born: 1908 - Died: 2002
Yousuf Karsh is the most renowned portrait photographer of our time. He has perceptively photographed the statesmen, artists, and literary and scientific figures that have shaped our lives in the 20th century. Known for his ability to transform "the human face into legend," many of the portraits that he created have become virtually the image of the great man or woman they portray, whether Winston Churchill, Ernest Hemingway, Albert Einstein, Georgia O'Keefe or (…)
All About Yousuf Karsh

Stavros Ntagiouklas
Nationality: Greece
Born: 1975
Stavros Ntagiouklas was born in 1975 in Thessaloniki, Greece, where he still lives. He is involved with photography since 1999. He is a self taught photographer and he participated in many photography exhibitions mainly in Greece . The most important of these exhibitions was his participation to the Greek Photobiennale in Thessaloniki in 2009.

He likes finding beauty in every setting, even very strange ones.
All About Stavros Ntagiouklas

Sarah Moon
Nationality: France
Born: 1941
A fashion and commercial photographer since 1968, and also a filmmaker, Sarah Moon is known for her dreamlike images and her representation of femininity as free from time and context, as living in a fairy world. Although Moon has been a major participant in the world of fashion for more than three decades, she has carefully carved out her own niche -- a signature style that dispenses with the erotically suggestive poses favored by many of her male counterparts in (…)
All About Sarah Moon