Share:
Country: United States | Born: 1918 - Died: 1978
William Eugene Smith was an American photojournalist known for his refusal to compromise professional standards and his brutally vivid World War II photographs. Smith graduated from Wichita North High School in 1936. He began his career by taking pictures for two local newspapers, The Wichita Eagle (morning circulation) and the Beacon (evening circulation). He moved to New York City and began work for Newsweek and became known for his incessant perfectionism and thorny personality. Smith was fired from Newsweek for refusing to use medium format cameras and joined Life Magazine in 1939 using a 35mm camera. In 1945 he was wounded while photographing battle conditions in the Pacific theater of World War II. As a correspondent for Ziff-Davis Publishing and then Life again, Smith entered World War II on the front lines of the island-hopping American offensive against Japan, photographing U.S. Marines and Japanese prisoners of war at Saipan, Guam, Iwo Jima, and Okinawa. On Okinawa, Smith was hit by mortar fire. After recovering, he continued at Life and perfected the photo essay from 1947 to 1954. In 1950, he was sent to the United Kingdom to cover the General Election, in which the Labour Party, under Clement Attlee, was narrowly victorious. Life had taken an editorial stance against the Labour government. In the end, a limited number of Smith's photographs of working-class Britain were published, including three shots of the South Wales valleys. In a documentary made by BBC Wales, Professor Dai Smith traced a miner who described how he and two colleagues had met Smith on their way home from work at the pit and had been instructed on how to pose for one of the photos published in Life. Smith severed his ties with Life over the way in which the magazine used his photographs of Albert Schweitzer. Upon leaving Life, Smith joined the Magnum photo agency in 1955. There he started his project to document Pittsburgh. This project was supposed to take him three weeks, but spanned three years and tens of thousands of negatives. It was too large ever to be shown, although a series of book-length photo essays were eventually produced. From 1957 to 1965 he took photographs and made recordings of jazz musicians at a Manhattan loft shared by David X. Young, Dick Cary and Hall Overton. In January 1972, Smith was attacked by Chisso employees near Tokyo, in an attempt to stop him from further publicizing the Minamata disease to the world.Although Smith survived the attack, his sight in one eye deteriorated. Smith and his Japanese wife lived in the city of Minamata from 1971 to 1973 and took many photos as part of a photo essay detailing the effects of Minamata disease, which was caused by a Chisso factory discharging heavy metals into water sources around Minamata. One of his most famous works, Tomoko Uemura in Her Bath, taken in December 1971 and published a few months after the 1972 attack, drew worldwide attention to the effects of Minamata disease. Complications from his longterm consumption of drugs, notably amphetamines (taken to enable his workaholic tendencies), and alcohol led to a massive stroke, from which Smith died in 1978. He is buried in Crum Elbow Cemetery, Pleasant Valley, New York. Smith was perhaps the originator and arguably the master of the photo-essay. In addition to Pittsburgh, these works include Nurse Midwife, Minamata, Country Doctor, and Albert Schweitzer - A Man of Mercy. Today, Smith's legacy lives on through the W. Eugene Smith Memorial Fund to promote "humanistic photography." Since 1980, the fund has awarded photographers for exceptional accomplishments in the field. 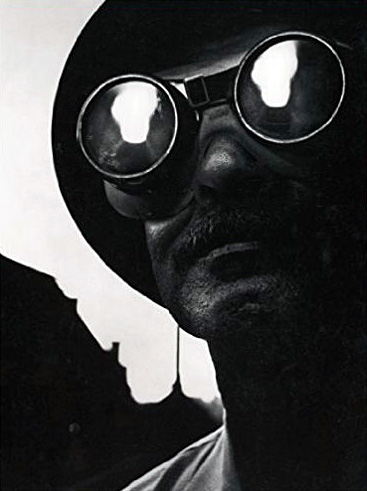 The Big Book
Author: W. Eugene Smith
Publisher: University of Texas Press
Year: 2013 - Pages: 341
W. Eugene Smith, an icon in the field of twentieth-century photography, is best known as the master of the humanistic photographic essay. Smith’s most expressive and frequently reproduced images—World War II combat, the country doctor and nurse-midwife, Pittsburgh, Albert Schweitzer in Africa, rural Spanish villagers, and the mentally ill in Haiti—have altered our perception and understanding of the world. 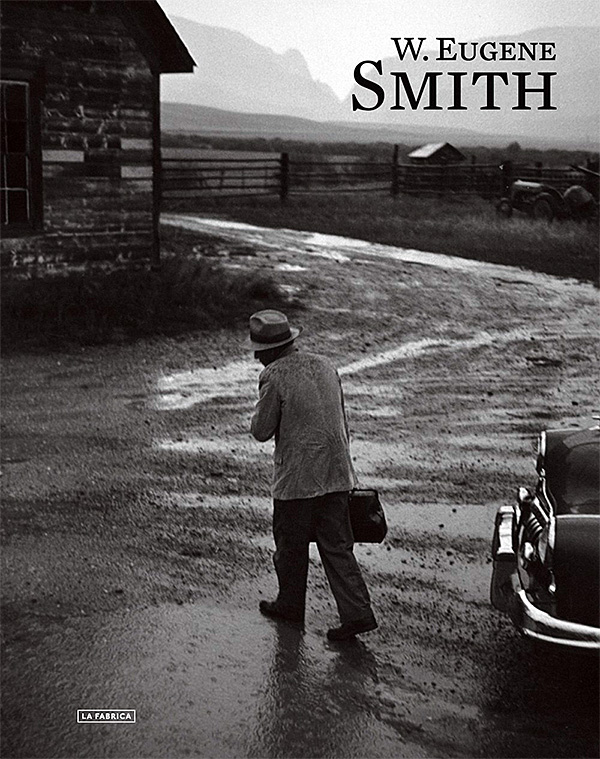 W. Eugene Smith
Author: W. Eugene Smith
Publisher: La Fabrica
Year: 2011 - Pages: 240
The American photojournalist W. Eugene Smith revolutionized the photo-essay form with the works he published in Life magazine between 1948 and 1956. This monograph reproduces images from six classic sequences of this era: Country Doctor (1948), which portrays the selfless and sometimes frustrating work of a doctor in rural America; Spanish Village (1950), perhaps the most powerful photographic study of 1950s Spain; Nurse Midwife (1951), which examines the life of a black woman in the American south; A Man of Mercy (1954), which documents Dr. Albert Schweitzer's humanitarian work in Africa; Pittsburgh (1955), Smith's first freelance assignment, previously unpublished; and Minamata 91971-1973), a photo-essay recording the effects caused by a mercury spill in a region inhabited by Japanese fishermen. Together, these six classic documents of twentieth-century photography affirm Smith as an impassioned conscience, with practical ends in mind for his work: "I put such passion and energy into my photographic work that, more than their being just for art's sake, I prefer to think that my photographs push someone to action, to do something, to solve something," he one wrote. This volume includes previously unpublished writings by Smith that elucidate his field techniques and guiding principles, as well as the memoir "A Walk to a Paradise Garden," which tells the tale of his most acclaimed photograph.

Nicholas Scarpinato
Nationality: United States
From nicholasscarpinato.com
My love of photography began at a young age with a camera my parents had at their home. What I choose to photograph is images that tell a story, a secret that is waiting to be unearthed, a memory or a place in time. While the initial photographic capture is important, the ensuing creative process is the distinguishing factor in my work. My images are (…)
All About Nicholas Scarpinato

Michel Kameni
Nationality: Cameroon
Born: 1935
The work of Michel Papami Kameni tells a unique story of post colonial Cameroon, a period of transition in the wake of a new found independence like in so many other African countries. In his studio in the Briqueterie district of Yaounde, it was the whole of Cameroonian society that passed before his lens.

Paul Strand
Nationality: United States
Born: 1890 - Died: 1976
Paul Strand was born in New York City. As a teenager, he was a student of renowned documentary photographer Lewis Hine at the Ethical Culture Fieldston School. A visit to Gallery 291 (owned by Alfred Stieglitz) proved to be a strong influence on Strand, who began to take photographs of his own. He experimented with abstraction but also used his camera as a means to promote social reform. Alfred Stieglitz praised these early efforts and featured Strand's work in his gallery (…)
All About Paul Strand

Alberto del Hoyo Mora
Nationality: Spain
Born: 1979
Alberto del Hoyo is a Spanish photographer living in Tenerife. He holds an MBA from the Instituto de Empresa Business School and is a graduate in Business Administration and Photography.

His own curiosity about the different forms of life has taken him to remote tribal territories in Asia, South America and Africa in search of the distinctive beauty and variety of his people.

In 2016, after 2 years of incursions into the Omo Valley of Ethiopia, he (…)
All About Alberto del Hoyo Mora

Chris Killip
Nationality: United Kingdom
Born: 1946
Born in Douglas, Isle of Man in 1946, he left school at age sixteen and joined the only four star hotel on the Isle of Man as a trainee hotel manager. In June 1964 he decided to pursue photography full time and became a beach photographer in order to earn enough money to leave the Isle of Man. In October 1964 he was hired as the third assistant to the leading London advertising photographer Adrian Flowers. He then worked as a freelance assistant for various photographers in (…)
All About Chris Killip

Rémi Chapeaublanc
Nationality: France
Born: 1984
Self-taught photographer, Rémi Chapeaublanc was destined for a scientific career in bioinformatics. He continued to use the Cartesian approach from this training adding a sensitive, people-centred dimension the day he decided to be a photographer.

For his series Gods & Beasts (2011), he crossed Europe and Asia reaching Mongolia. Inside the yurt or outside, at nightfall, he produced portraits of Kazakh nomadic herders and their animals without ever resorting to (…)
All About Rémi Chapeaublanc

Lorenzo Formicola
Nationality: Italy
Born: 1990
My Name is Lorenzo Formicola, I was born in Italy. After completing my degree in photography in Rome, I worked as an assistant for different photographers including Mario Testino, Peter Lindbergh and Craig McDean.

My work is clean, with bright lighting, and shows my youthful visions and sensitivity to textures.
All About Lorenzo Formicola

Alamsyah Rauf
Nationality: Indonesia
Born: 1982
Alamsyah Rauf was born in a small district in south sulawesi precisely in Kab.Sinjai, maybe that's why this photographer is less known among photographers in Indonesia but his work has won dozens of world-class photo contest.
After graduating high school, this man married in 2001 on the will of his parents, this makes him unable to continue college. After married Alamsyah worked in his parents' photo studio.
Alamsyah Learning DSLR cameras just look at the camera (…)
All About Alamsyah Rauf