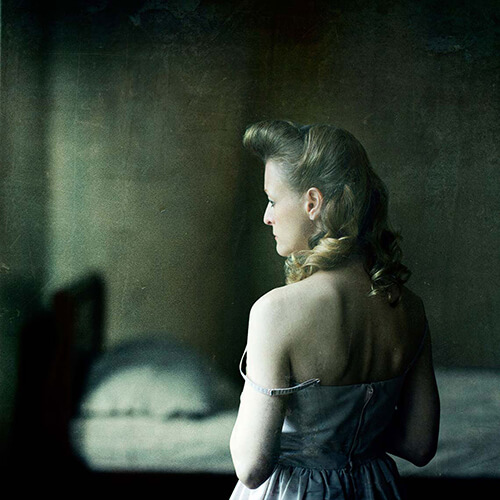 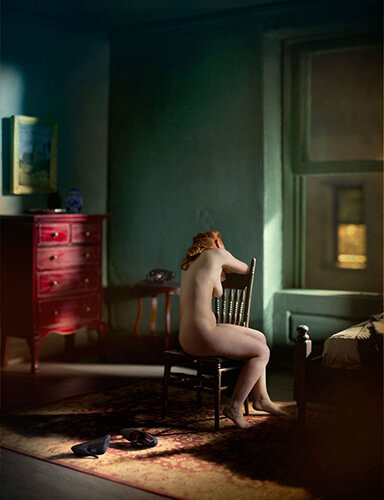 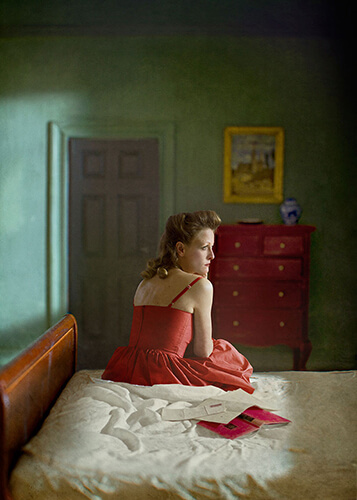 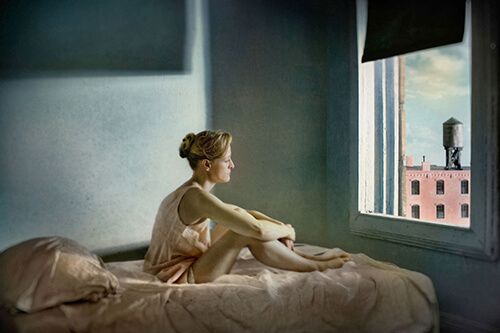 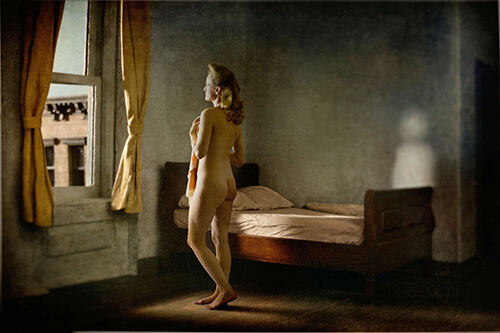 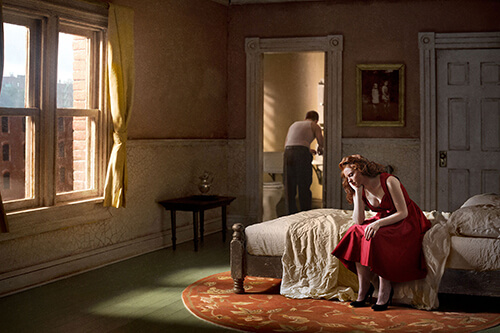 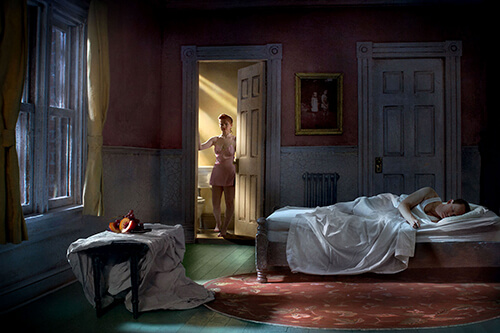 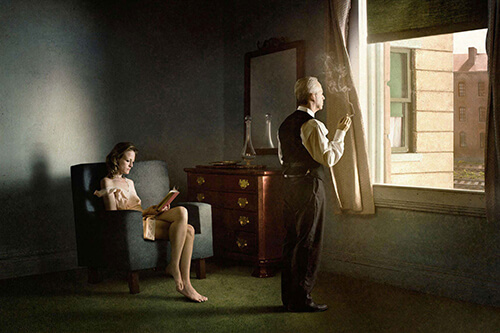 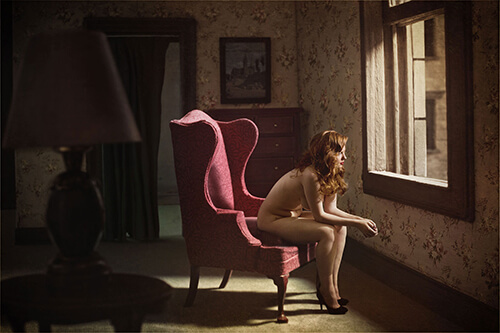 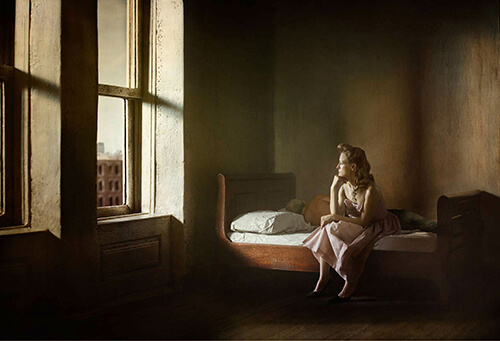 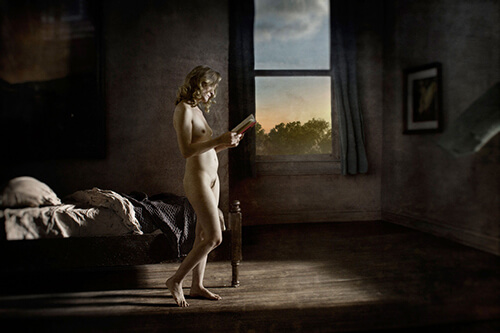 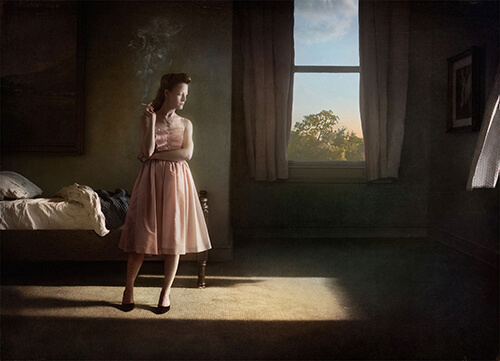 His work has been exhibited internationally and recognized by, among others, Photo District News, American Photography, Prix de la Photographie Paris, LensCulture Exposure Awards, and the International Photography Awards. Commercially, his work has been featured in publications and advertisements for clients such as Adobe Systems, The New York Times, Penguin, Sony Music, Newsweek and Random House, among others.
He has lectured widely on his artistic technique and creative process, and has taught at the University of Akron Myers School of Art (Akron, OH), Ringling College of Art + Design (Sarasota, Fl) and Cuyahoga Community College (Cleveland, OH).

He lives and works in New York City.

Jacko Vassilev
Bulgary
1951
Jacko Vassilev is an internationally acclaimed art and press photographer, actively working in the field since 1983.He was born in 1951 in Stara Zagora in Bulgaria. His work has been widely shown around the world in museums and galleries, institutes and private collections. His photographs are included in the permanent collections of the International Center for Photography in New York City, the European Center of Photography in Paris, the Museum of Fine Arts in Houston. Since 1996 Vassilev’s been residing and traveling around the United States.

Dmitry Ageev
Russia
1983
Born in Russia in 1983, Dmitry Ageev is one of the biggest names in the international photographic portrait, winning awards such as Hasselblad masters in 2014. His work shows a profound knowledge of light, and is mostly recognizable by the natural look of his portraits. Dmitry Ageev lives and works in Krasnodar. He states at his website that photography its not just about a work but also a way of living. Ageev is professionally dedicated to photography and his private photography school.

Manfred Baumann
Austria
1968
Manfred Baumann was born in Vienna in 1968. The Leica photographer has since presented his works worldwide in the form of exhibitions, books, and calendars. His photographs are displayed in museums as well as in international galleries. Over the past years, Baumann has taken his place among the most influential photographers of our time. Via social media his range is more than 1 million! He lives and works in Europe and the USA, and has already photographed such greats as Kirk Douglas, Sandra Bullock, Olivia Newton John, Martin Sheen, Don Johnson, Danny Trejo, William Shatner, Jack Black, Natalie Portman, Tony Curtis, Paul Anka, Lionel Richie, Kathleen Turner, John Malkovich, Bruce Willis, Juliette Lewis, Angelina Jolie, Toni Garrn, Michelle Rodriguez, Leah Remini, Evander Holyfield, as well as many international top models. For Manfred Baumann, the fascination of photography lies in departing from the familiar and capturing an impression of the moment. He loves to explore the world through the eyes of a photographer. To make visible that which others have not seen has been the objective of Baumann's exhibitions, such as END OF LINE, in which he documented the final journey of death row inmates in Texas; ALIVE, where he photographed homeless persons on the street for one year; and his current project SPECIAL, which showcases Baumann's portraits of intellectually disabled persons. His ambition is to break with tradition and the conventional perspective. The viewer of my photographs should discover the soul and history they embody and recognize that photography is the only language that can be understood all over the world. As an ardent animal welfare activist, vegetarian, and goodwill ambassador for Jane Goodall, he also ventured into the world of animal photography for the first time with the project MUSTANGS. The project's works and exhibition were shown in the Natural History Museum Vienna and the Leica Gallery in Los Angeles He teaches for the Leica Academy worldwide and doing worldwide Lecture & workshops Manfred Baumann was 2017 Testimonial for Huawei international alongside with Robert Lewandowski. His Book and exhibition VIENNA were shown at the Grand Hotel Vienna. From February 2019 to May 2019, Baumann exhibited for the first time in Australia (in Melbourne and Sydney). In 2020 two new books will appear, the "Lipizzaner" the white horses and a Best of book with the name "a photographer's life". It is the 15 and 16 illustrated books which have been published worldwide. Among Manfreds role models are great Master of Photography such as Alfred Eisenstaedt, Helmut Newton, Henri Cartier-Bresson, Richard Avedon, Herb Ritts, and Ansel Adams. Manfred Baumann also photographed the late Tony Curtis. This was the Hollywood star's last official photo shoot and did much to bolster Baumann's considerable fame in the USA. For more than 25 years, Manfred has been drawn to the most distant places in the world, where his breathtaking landscape photographs are created, and it is only natural that since 2013, he has cooperated with and photographed for National Geographic. He lives and works in Vienna with his wife and muse Nelly Baumann, although his sojourns to his second home, Los Angeles, have become increasingly frequent and of longer duration. His clientele, however, come from all over the world. Statement "I GIVE THE MOMENT DURATION" "Photographs are like songs that you sing into the world." "HEART AND MIND – THE TRUE LENS OF THE CAMERA" "The truth is the best picture!"

K.K. DePaul
United States
K.K. DePaul is an explorer of secrets, combining and recombining bits and pieces of memory to make sense of her family stories.I have always been fascinated by multiple interpretations, double exposures, and the ambiguities that arise depending on which character is telling the story. My process begins with a collection of elements...images...writing. As I move the elements around, a visual narrative begins to take shape, signaling a new understanding of parallel stories. My use of collage indicates a story told in two voices, representing identities that have been torn apart, stripped, reflected upon, and ultimately reconstructed.

Elaine Ling
Canada
1946 | † 2016
Elaine Ling was an exuberant adventurer, traveler, and photographer who was most at home backpacking her view camera across the great deserts of the world and sleeping under the stars. Born in Hong Kong, Elaine Ling has lived in Canada since the age of nine. Upon arrival in Canada, Elaine was exhilarated by the freedom of space and began her attraction to Stone and places of Nature. She studied the piano, the cello and medicine. Since receiving her medical degree from the University of Toronto, she has practiced family medicine among various First Nations peoples in Canada's North and Pacific Northwest as well as on the other side of the world, in Abu Dhabi and Nepal. Seeking the solitude of deserts and abandoned architectures of ancient cultures, Elaine Ling has explored the shifting equilibrium between nature and the man-made across four continents. Photographing in the deserts of Mongolia, Ethiopia, Madagascar, Timbuktu, Namibia, North Africa, India, South America, Australia, American Southwest; the citadels of Ethiopia, San Agustin, Persepolis, Petra, Cappadocia, Machu Picchu, Angkor Wat, Great Zimbabwe, Abu Simbel; and the Buddhist centres of Myanmar, Laos, Vietnam, Tibet, and Bhutan; she has captured that dialogue. Ling's photographs, widely exhibited and published, are in the permanent collections of numerous museum and private collections including the Bibliothèque Nationale, Paris, France; Musée de la Photographie, Charleroi, Belgium; Fotografie Forum International, Frankfurt, Germany; Museet for Fotokunst, Odense, Denmark; Centro Portugues de Fotografia, Porto, Portugal; Scavi Scaligeri International Centre of Photography, Verona, Italy; Fototeca de Cuba, Havana; Lishui Museum of Photography; Museum of Fine Arts, Houston, Texas; Brooklyn Museum, New York; SE Museum of photography, Florida, the Cleveland In Canada, Ling is in the collections of the National Gallery of Canada, Ryerson University, Art Gallery of Ontario, Royal Ontario Museum, the Canadian Museum of Contemporary Photography. Her international publications include work in View Camera, Photo Technique International, The Polaroid Book, Italian Zoom Magazine, Orion Magazine, Viktor Magazine, BMJ and Aperture. When not photographing, Dr. Ling practiced family medicine in Toronto and played cello in Orchestra Toronto, a community orchestra. She was a fellow of the Royal Canadian Geographical Society.Any books ordered will be filled by Edward Pong, her brother, thru his website ultraanaloguerecordings.com
Advertisement