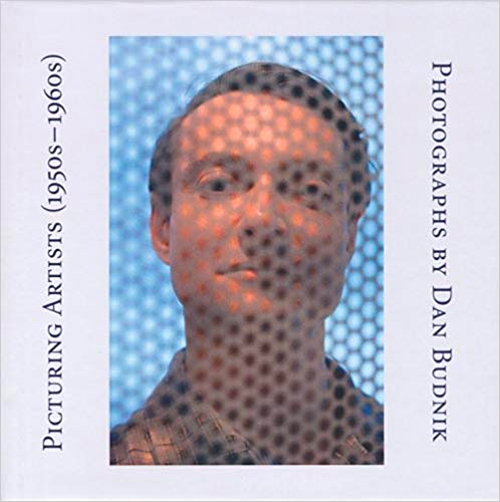 Photographer: Dan Budnik
By Irving Sandler, James Enyeart, Dan Budnik, David Sylvester
Publisher: Knoedler & Company
Publication date: 2007
Print length: 128 pages
The young Jasper Johns stands atop a small ladder to smooth one of the gridlines on his silver "Numbers" painting of 1964. He is wearing an oddly coordinated padded silver jumpsuit, mindless of the camera that captures him mid-gesture. Photographed the same year, Roy Lichtenstein strides thoughtfully across his studio floor while his two young sons read from dozens of comic books spread out all over the rug. In 1967, Diane Arbus leans against a tabletop at The Museum of Modern Art, New York, nonchalant in a chic white minidress and matching thigh-high boots, while her camera hangs heavily around her neck. This deluxe collection of intimate, highly compelling color and black-and-white photographs includes portraits of many of the most important and pioneering artists of the postwar period in American art. The series, which includes studies of Henri Cartier-Bresson, Lee Bontecou, Louise Bourgeois, John Chamberlain, Willem de Kooning, Helen Frankenthaler, Philip Guston, Ellsworth Kelly, Louise Nevelson, Barnett Newman, Isamu Noguchi, Claes Oldenburg, Robert Rauschenberg, Mark Rothko and many others, was, in fact, initially inspired by the work of Cartier-Bresson, from whom Budnik learned to adopt an attitude of anonymity with respect to his subjects, working--as noted photo historian James Enyeart writes in his catalogue essay--"at the periphery of their attentiveness to his camera." Features outstanding essays by Enyeart and Irving Sandler, America's premier chronicler of postwar American art, as well as a reprint of a little-known essay by the influential British art critic and curator David Sylvester, which was originally published alongside Budnik's photographs in 1964.
Search
follow us
Facebook
Twitter
Instagram
Pinterest
YouTube
Blogspot