Share:
Country: Japan | Born: 1938
Daido Moriyama is a major photographer of the 20th century. Born in Osaka in Japan, he continues to work mostly in Tokyo. He studied graphic design before he learned photography with his first mentor Takeji Iwamiya. In 1961 he moved to Tokyo and became the assistant of Eikoh Hosoe and worked also with the writer Yukio Mishima on the series "Ordeal by Roses". It is only in 1964 that he became an independent photographer.

In 1968 Daido Moriyama became a member of the Provoke Movement. He describes his work as been "are, bure, boke". He gave birth to a new kind of street photography. His work was shown in 1974 at the MOMA in an exhibition called " New Japanese Photography". Since then we have seen his work all around the world in majors exhibitions and museums. In 2012 he won the ICP Infinity Award.
Gallery:
Polka Galerie
Website:
www.moriyamadaido.com
Share:
Selected Video:
Selected Books: 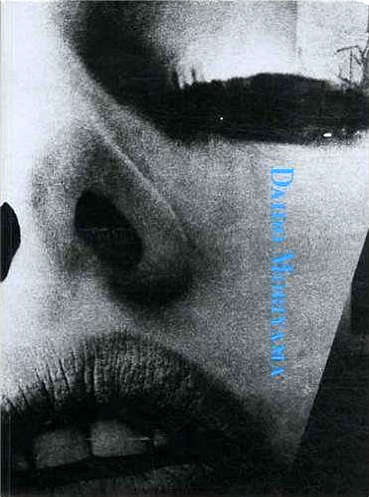 Daido Moriyama
Author: Simon Baker, Minoru Shimizu, Koji Taki
Publisher: Tate Publishing
Year: 2013 - Pages: 224
Daido Moriyama emerged from the Provoke movement of the 1960s, which challenged, primarily through its publications, the rigid artistic formalities of the Japanese photographic scene at that time, he created highly innovative and intensely personal work, often depicting what he saw as the breakdown of traditional values in post-war Japan. *Born in 1938 in Osaka,?Moriyama moved to Tokyo in 1961. He became a fully-fledged freelance photographer in 1964: among his early influences were his contemporary Shomei Tomatsu, as well as the work of William?Klein in New York, Andy Warhol's silkscreened newspaper images, and the writings of Jack Kerouac. His pictures, are characterised by a gritty, high contrast black-and-white aesthetic, or 'are, bure, boke' (grainy, blurry, out-of-focus), concentrate on the little-seen parts of the city and the fragmentary nature of modern realities. This book, the only survey of Moriyama's work currently available in English, includes an introduction by Simon Baker, Curator of Photography at Tate, and two newly translated texts on the artist: 'The Myth of the City' by Koji Taki; and 'Reconsidering "Grainy, Blurry, Out-of-focus"' by Minoru Shimizu which was first published in?Moriyama's seminal photobook Farewell Photography, and translated into?English here for the first time. Produced to coincide with the William Klein + Daido Moriyama show at Tate Modern, this book provides not just an exhibition publication, but an essential monograph on a true benchmark figure of modern photography. 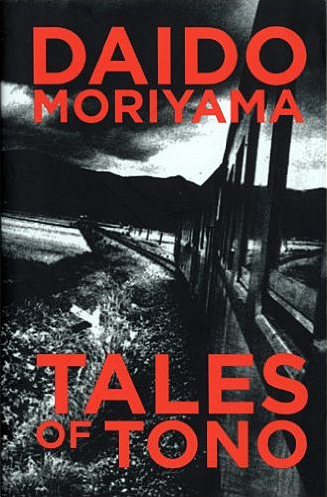 Tales of Tono
Author: Daido Moriyama
Publisher: Tate/D.A.P.
Year: 2013 - Pages: 192
Throughout his career, Daido Moriyama has produced a huge body of extremely influential photobooks, each demonstrating the variety and complexity of his work, from the blurred and grainy style of his early Provoke-era publications, to his more classic city- and object-based projects. Tales of Tono, appearing here for the first time in English, is one such book. First published in 1976, and taking its name from a collection of Japanese rural folk legends, Tales of Tono is a compact little volume composed of black-and-white photo diptychs and spreads that were shot in the countryside of northern Honshu, Japan. Faithfully reproducing the original edition, this book contains a text by the artist that offers the reader a typically honest and self-effacing account of Moriyama's thoughts about his practice. More than 30 years since its original Japanese publication, Tales of Tono gives a fantastic insight into one of the world's most original and provocative photographers. It is published to coincide with a survey of the artist's work at Tate Modern, London. 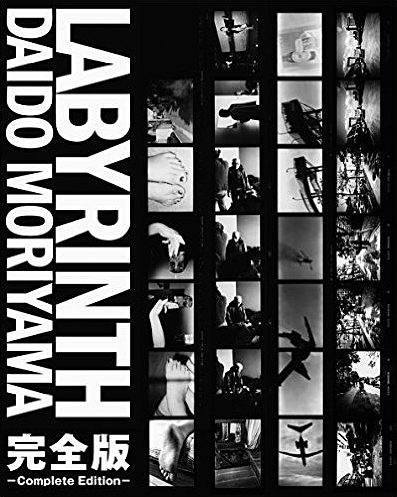 Daido Moriyama
Author: Daido Moriyama
Publisher: Aperture
Year: 2012 - Pages: 304
Throughout his career, Daido Moriyama has sought new ways of recasting his images through the use of different printing techniques, installation, or by re-editing and re-formatting them. For this volume, Moriyama has returned to his contact sheets from the past five decades, selecting both classic and previously unpublished images. Included here are reproductions of original contact sheets; sequences of new contact sheets made from recombined negative strips that juxtapose images from the 1950s with those from the past ten years; and selections of individual images, both familiar and newly discovered. Together, they offer a comprehensive assembly of Moriyama's oeuvre, tracing recurring motifs and proposing startling new interpretations of some of his most iconic photographs. In opening up this private process of reexamination to a wider public, Moriyama continues to challenge the viewer, his own practice and the larger mechanisms by which photography makes meaning. 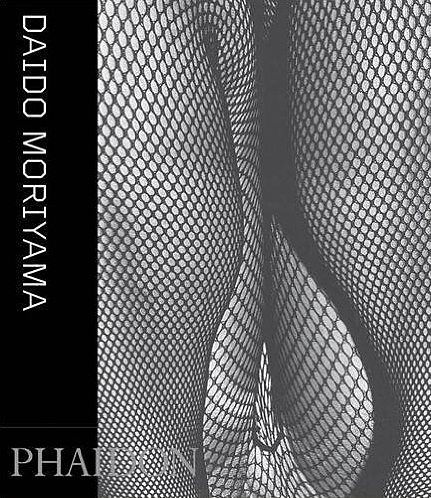 Daido Moriyama (55s)
Author: Daido Moriyama, Kazuo Nishi
Publisher: Phaidon Press
Year: 2012 - Pages: 128
Born in 1938 and brought up for a short while in Osaka, Japan, Daido Moriyama spent much of his childhood on the move, due to his father's profession as a travelling insurance salesman. Moriyama studied graphic design and, in the 1960s, moved to Tokyo to work with the VIVO group of photographers, which included Eikoh Hosoe and Shomei Tomatsu. Accompanied by a surge in Japanese economic growth and mass culture, Moriyama was published in several magazines and journals, earning him the accolade of Most Promising Photographer by the Japan Photography Critics Association. Moriyama was a member of PROVOKE Magazine at the time of international youth movements and unrest in 1968. The magazine, and Moriyama's photography, sought to assert an independence over the classically held notion of photography as purely a visual sign. He was aware that the camera can not offer a complete record and it is in this very partialness that the real excitement and enigma in his work arises. Exploring themes of self-expression, the disfiguration of urban landscapes, eroticism and fading Japanese traditions, Moriyama remarked that one of photography's essential qualities is its amateurism, and another its anonymity. These have numbered among his preoccupations from the beginning and most of Moriyama's images follow a snapshot aesthetic, often taken while running or from a moving car, without the use of a viewfinder. This monograph on Moriyama follows a chronological order, identifying major themes and examining key works; a beautifully produced, affordable introduction to one of the most influential figures in photography today. 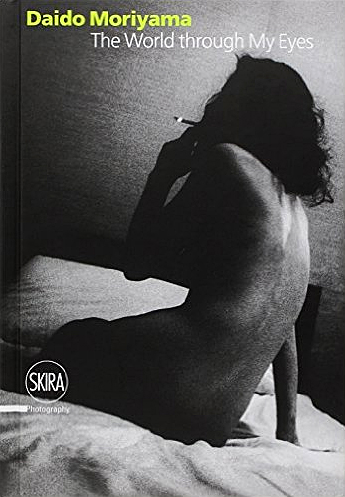 The World through My Eyes
Author: Daido Moriyama, Filippo Maggia
Publisher: Skira
Year: 2010 - Pages: 440
A broad monograph devoted to one of the preeminent names in contemporary Japanese photography. Moriyama's photography is provocative, both for the form it takes (Moriyama's photographs may be dirty, blurry, overexposed or scratched) and for its content. The viewer's experience of the photo--whether it captures a place, a person, a situation or an atmosphere--is the central thrust in his work, which vividly and directly conveys the artist's emotions. The approximately 200 black-and-white images sketch out an original perspective on Japanese society, especially during the period from the 1950s to the '70s. During this time, he produced a collection of photographs -- Nippon gekijo shashincho -- which showed darker sides of urban life and relatively unknown parts of cities. In them, he attempted to show what was being left behind during the technological advances and increased industrialization in much of Japanese society. His work was often stark and contrasting within itself--one image could convey an array of senses; all without using color. His work was jarring, yet symbiotic to his own fervent lifestyle. In addition, the artist has included a number of photos shot in the past decade to complete this volume.

Billy & Hells
Nationality: Germany
Billy and Hells are two photographers: Anke Linz (N³rnberg, 1965) and Andreas Oettinger (Munich, 1963). They met in 1986, found a shared interest in photography and became partners in life and work. Inspired by the photographs of Irving Penn and Helmut Newton, Billy und Hells started to work in the field of fashion photography. They , accidentally came across a technique that would define their future works. By forgetting to take a black and white negative out of a W³(…)
All About Billy & Hells

Kathryn Nee
Nationality: United States
Kathryn is an Fine Art/Freelance Photographer/Food Photog/Urban Explorer living in Atlanta. A Georgia native, she has been photographing life as art for over 15 years. Kathryn finds incredible beauty in old, decaying, and forgotten places and objects and loves all things vintage, weird, macabre, dark, whimsical, unusual, and strange. When she's not photographing abandoned and vacant structures, Kathryn steps into the land of the living and captures the beauty of people. (…)
All About Kathryn Nee

My first encounter with photography took place when my parents performed some strange static dances with an object in front of their face. Later they would close themselves up in a special room under the house for long periods of time, and no one was allowed in. They diligently made sure that they were left to their own devices while inside. One day I was given permission to enter the room and allowed to stay, but on the condition that I didn't move or went out. I (…)

All About Denis Olivier

Lucien Chauffard
Nationality: France
Born: 1906 - Died: 1982
Lucien Chauffard graphic designer, painter and photographer, was hired by the Renault factories, where he worked as a photographer. Then, head of the photo service, Lucien hired in April 1934 his friend Robert Doisneau at the time a beginner, the latter will learn and gain confidence thanks to him, but he will then be fired in 1936 because of repetitive delays. The two friends will collaborate in the 50s, on commercials for Simca, don the logo Hirondelle will be drawn by (…)
All About Lucien Chauffard

Jonathan Bachman
Nationality: United States
Born: 1984
Born in 1984 in Morristown, New Jersey, Jonathan Bachman studied photojournalism at Loyola University in New Orleans, Louisiana. In 2012, Bachman started photographing sporting events for the Associated Press and Reuters. In July 2016, Bachman was assigned to cover the killing of Alton Sterling, a 37-year-old black man who was shot dead by white police. It was the first demonstration Bachman ever covered. He is currently based in New Orleans as a freelance photojournalist (…)
All About Jonathan Bachman

Eli Reed
Nationality: United States
Born: 1946
Eli Reed was born in the US and studied pictorial illustration at the Newark School of Fine and Industrial Arts, graduating in 1969. In 1982 he was a Nieman Fellow at Harvard University. At Harvard's Kennedy School of Government, he studied political science, urban affairs, and the prospects for peace in Central America.
Reed began photographing as a freelancer in 1970. His work from El Salvador, Guatemala and other Central American countries attracted the attention (…)
All About Eli Reed

Hendrik Kerstens
Nationality: Netherlands
Born: 1956
Since 1995, Dutch photographer Hendrik Kerstens has been photographing his daughter, Paula. His photographs have been collected by museums around the world and have inspired taste-makers as diverse as Elton John and Alexander McQueen. (McQueen, in fact based his Fall 2009 collection on Kerstens' image of Paula with a plastic bag as a head-dress, using the image as his invitation for the show.)