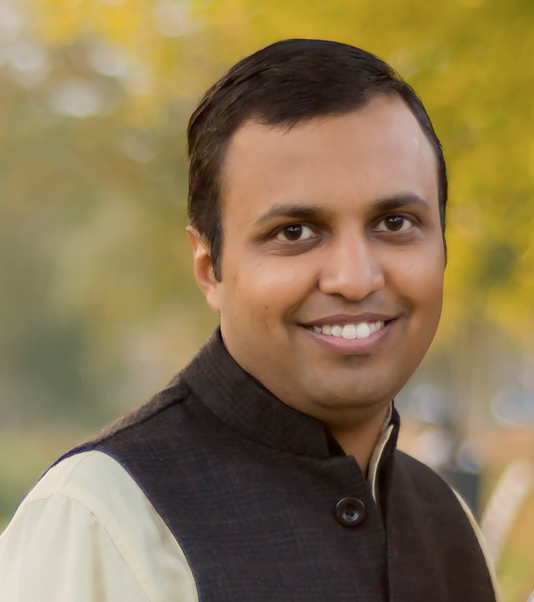 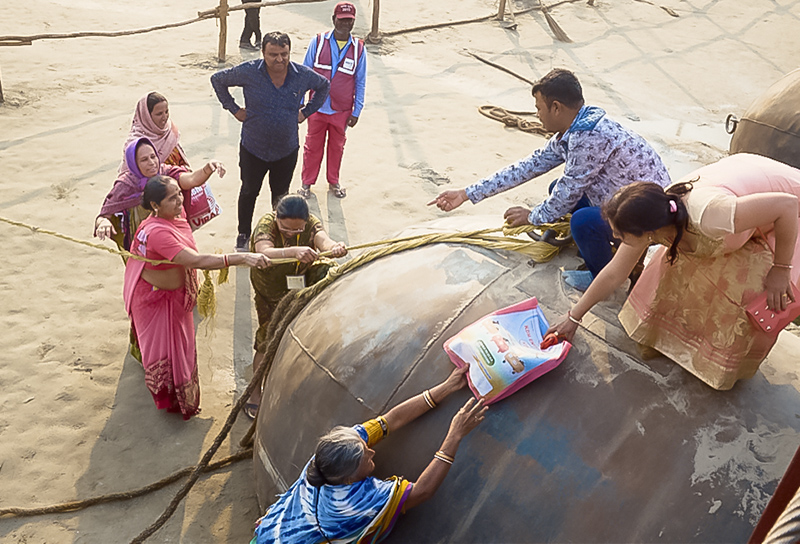 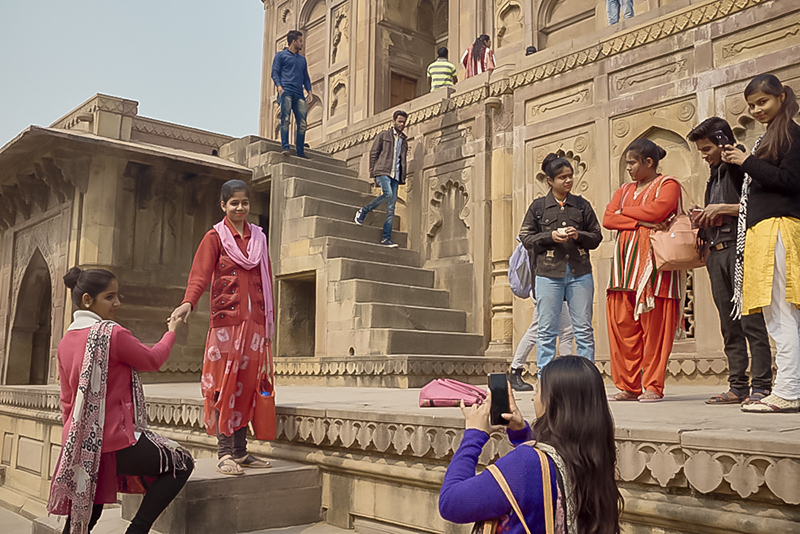 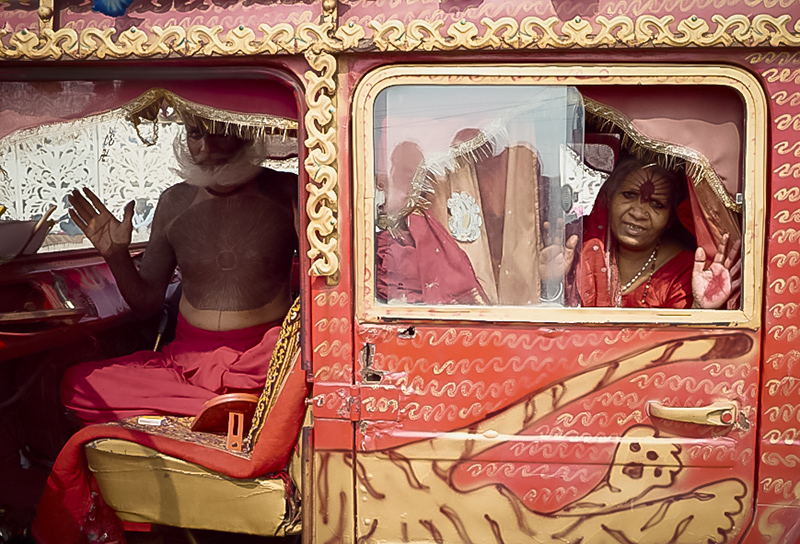 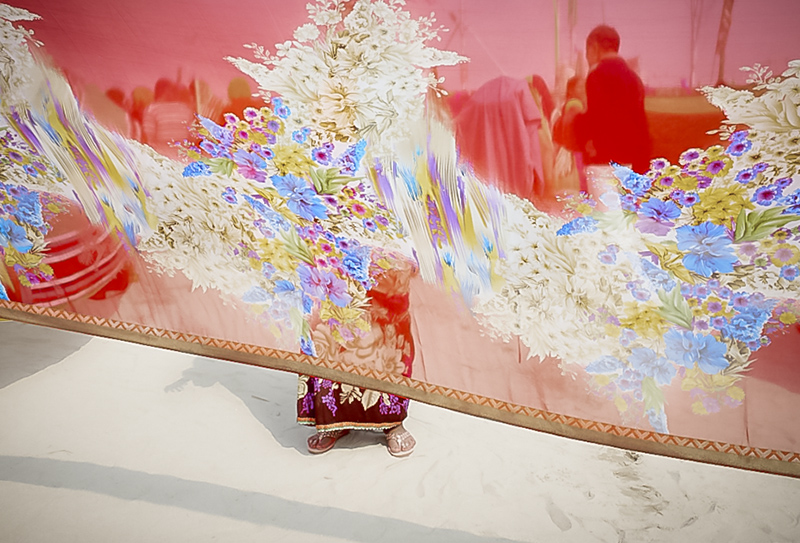 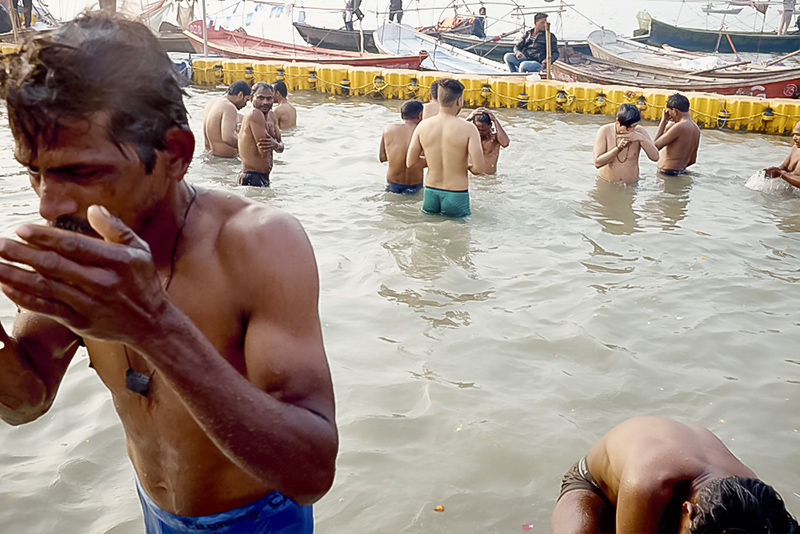 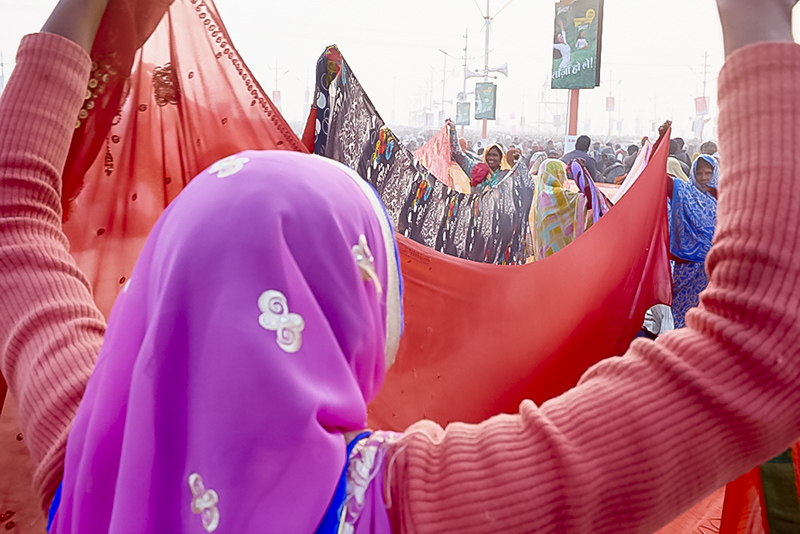 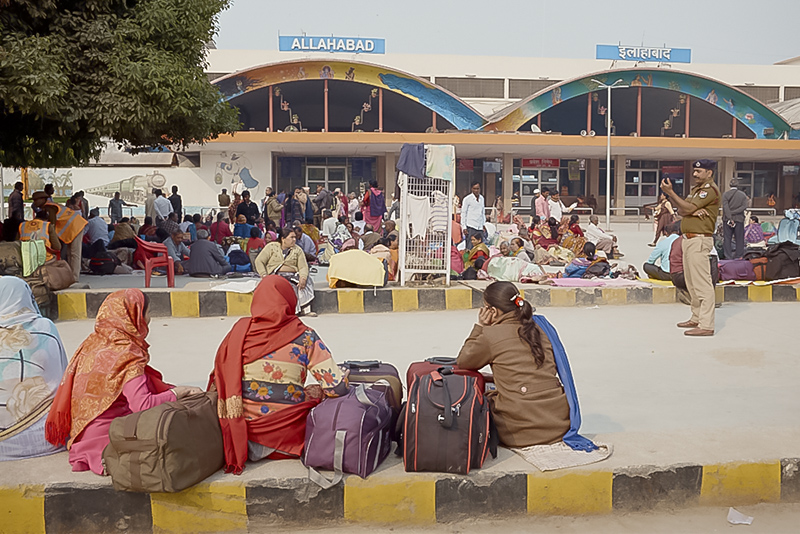 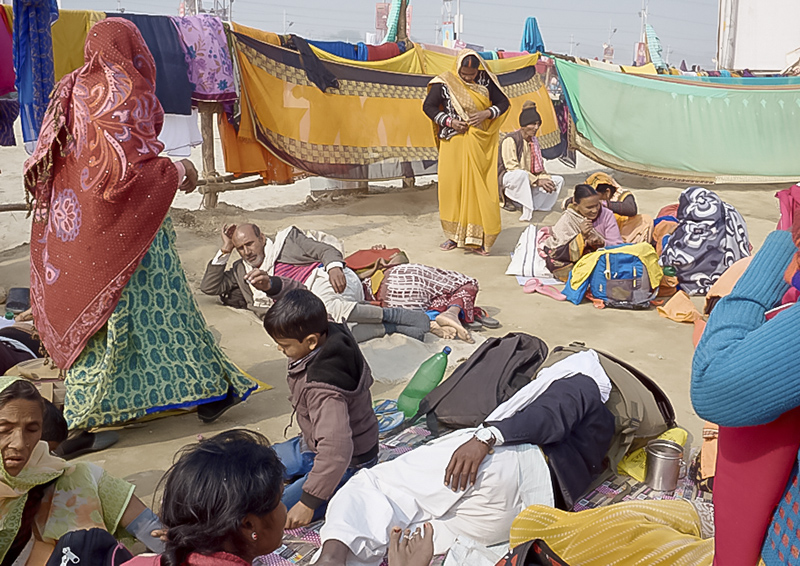 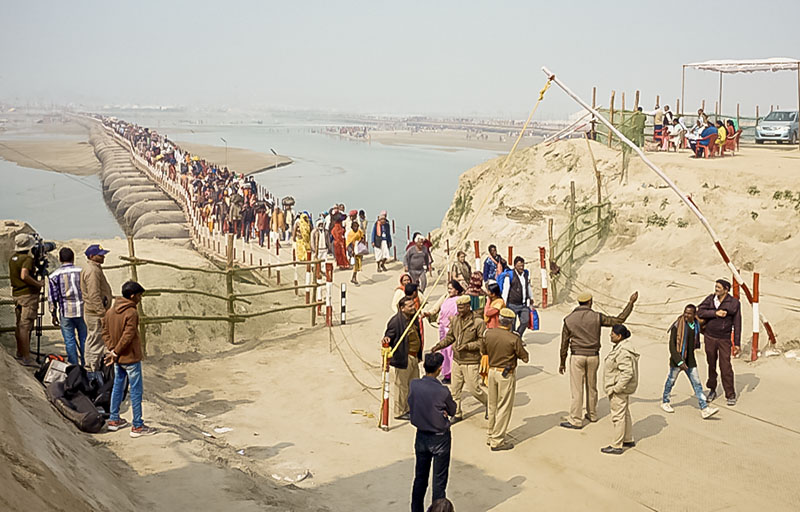 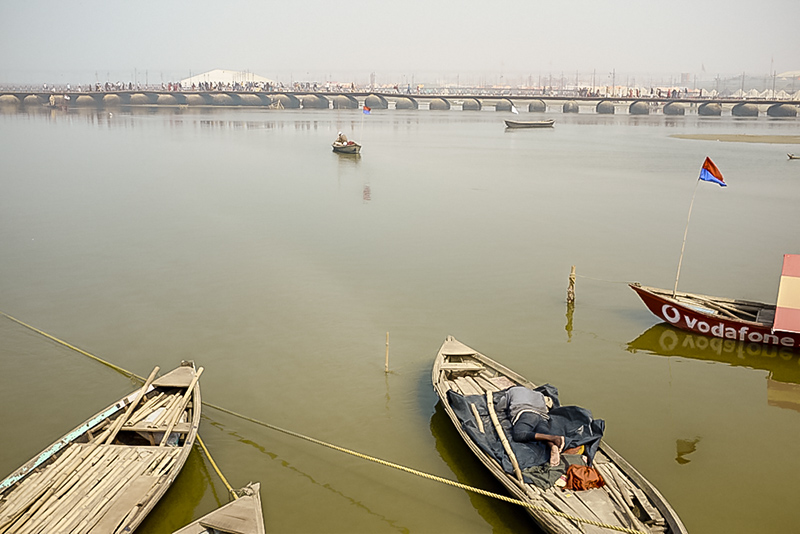 PreviousNext
© Sumit Gupta
Country: India | Born: 1983
While a software engineer by profession, Sumit has been capturing and sharing the stories of cities and cultures since 2013.

He finds the experience of walking around the city streets with a camera almost therapeutic and meditative. Inspired by the human condition, Sumit has photographed mostly in India and Europe.

Sumit's photographs are inspired by a personal desire to find meaning in the world around us and attempt to draw attention to the poetic and inspirational nature of human life all around us.

All about the project 'The River'

The Kumbh Mela is the largest religious gathering of humans on our planet. Over the two month period that this festival happens, once every 12 years in 4 Indian cities, millions of people come from all over the country (and outside of it) to take an auspicious bath in the holy waters of the river Ganga.

I'm interested in portraying how the contemporary experience of the Kumbh Mela is influenced by aspects such as globalization, consumption and current trends of social behavior. People from all over India come to this event as a pilgrimage to wash away their sins, but they're also cohabiting with people that see this as a cultural attraction, as a possibility to experience a foreign culture and filter it through social media.

What's the impact of hyper-communication and advertising in the collective atmosphere of this spiritual gathering? The project tries to reflect on those ideas by working through the psychological climate of the different people that are present in the event.

The images evidence the paradoxical and complex nature of a spiritual event that feeds on tradition when young people seem to drift away from old collective habits.

The river, the sacred area where people transcend their humanity, is the perfect metaphor for the current situation; affected by mass production and consumerism, the polluted river is still worshipped as a place for cleansing; time will tell if the memory that holds this identity will keep flowing through the divine water, or if it will drown to the mirage of pleasures that float in the immediacy of today's world.
Website:
www.sumit4allphotography.com
Share:
Selected Work:
Sumit Gupta

Francis Haar
Nationality: Hungary
Born: 1908 - Died: 1997
Francis Haar born as Haár Ferenc was a Hungarian socio-photographer. He studied interior architecture at Hungarian Royal National School of Arts and Crafts between 1924 and 1927. His master was Gyula Kaesz.He started working as an interior architect and poster designer in 1928, and taught himself photography.

In 1930 he became acquainted with Munka-kör (Work Circle) led by socialist avant-garde poet and visual artist Lajos Kassák, who just returned from (…)
All About Francis Haar

Esmeralda Ruiz
Nationality: United States
Artist Statement: "My childhood was different then most. Growing up with nothing but artists was one thing, but having actually flat lined during a surgery after being diagnosed with a kidney infection changed my life forever. It wasn’t that it left me weak or prevented me from going outside and playing or even going to school with other children but the images that I saw when that moment occurred is what I strive to show in my work today.

A wonderful world (…)
All About Esmeralda Ruiz

Marie-Laure Vareilles
Nationality: France
Born: 1966
- Testify to the variety of cultures on our planet.
Education: Interior architect. I travelled on all continents, camera in hand, to testify of the diversity of countries on our planet. Over the years I have experienced different cultures, landscapes, encounters … The cultures of the entire world are in constant evolution. My work is to serve the memory of the people and their countries all around the world.

- Creation of photo montage : imagine a universe of (…)
All About Marie-Laure Vareilles

Renée Munn
Nationality: Australia/Canada
Australian-born, Toronto-based photographer Renée Munn has a BFA from Ryerson University School of Image-Arts in photography. Her artwork has been acquisitioned by Ryerson and accepted into the Bibliothčque Nationale de France. She has received awards including 1st place in the San Francisco International Photography Exhibition, 3rd place at Grand Prix de la Decouverte in Paris and the Jim P. Shea Memorial Award for Best Overall Submission at SNAP. In 2013, Munn debut her (…)
All About Renée Munn

Tamas Dezso
Nationality: Hungary
Born: 1978
Tamas Dezso (b.1978) is a documentary fine art photographer working on long-term projects focusing on the margins of society in Hungary, Romania, and other parts of Eastern Europe. His work has been exhibited worldwide, with solo exhibitions in 2011 in Poland, Bangladesh, Budapest, New Mexico, and at the Robert Koch Gallery in San Francisco, and recent exhibitions at the New York Photo Festival, Shanghai Museum of Contemporary Art, and FOAM Photo Museum in Amsterdam. (…)
All About Tamas Dezso

Bruce Davidson
Nationality: United States
Born: 1933
Bruce Davidson began taking photographs at the age of ten in Oak Park, Illinois. While attending Rochester Institute of Technology and Yale University, he continued to further his knowledge and develop his passion. He was later drafted into the army and stationed near Paris. There he met Henri Cartier-Bresson, one of the founders of the renowned cooperative photography agency, Magnum Photos.

When he left military service in 1957, Davidson worked as a (…)
All About Bruce Davidson

Weston began taking photographs in 1925, while living in Mexico with Tina Modotti and his father. He began showing his photographs with Edward Weston in 1927,(…)
All About Brett Weston

Nakaji Yasui
Nationality: Japan
Born: 1903 - Died: 1942
Nakaji Yasui was one of the most prominent photographers in the first half of the 20th century in Japan. Yasui was born in Osaka and became a member of the Naniwa Photography Club in 1920s and also became a member of the Tampei Photography Club in 1930. His photographs cover a wide range from pictorialism to straight photography, including photomontages. He appreciated every type and kind of photographs without any prejudice and tried not to reject any of them even (…)
All About Nakaji Yasui