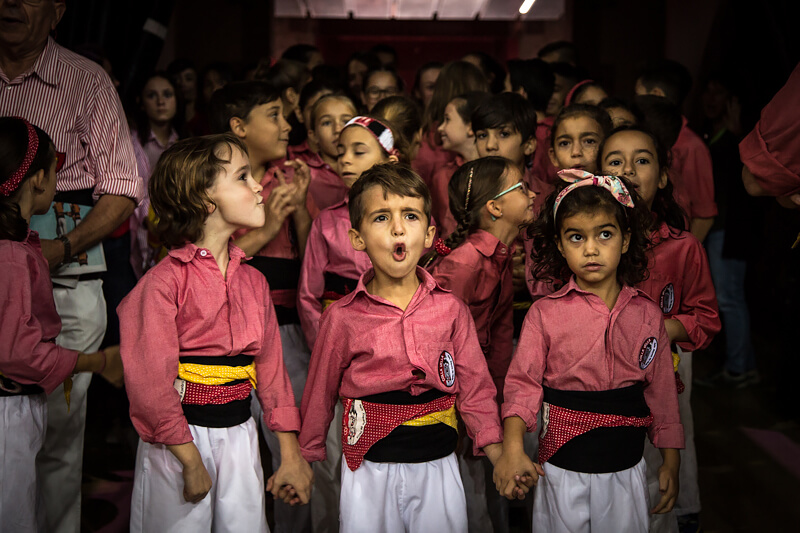 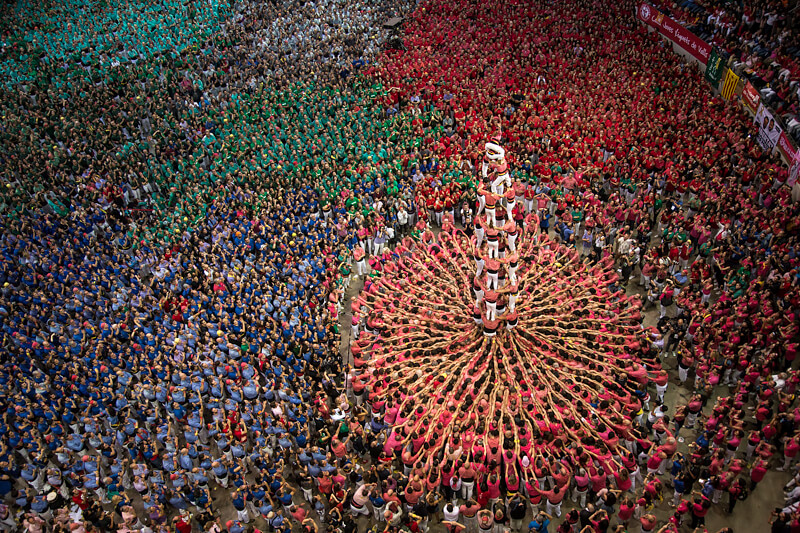 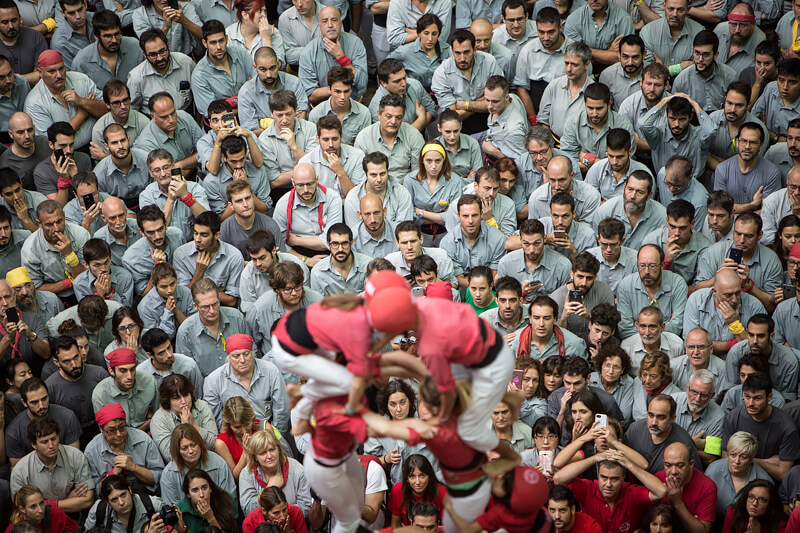 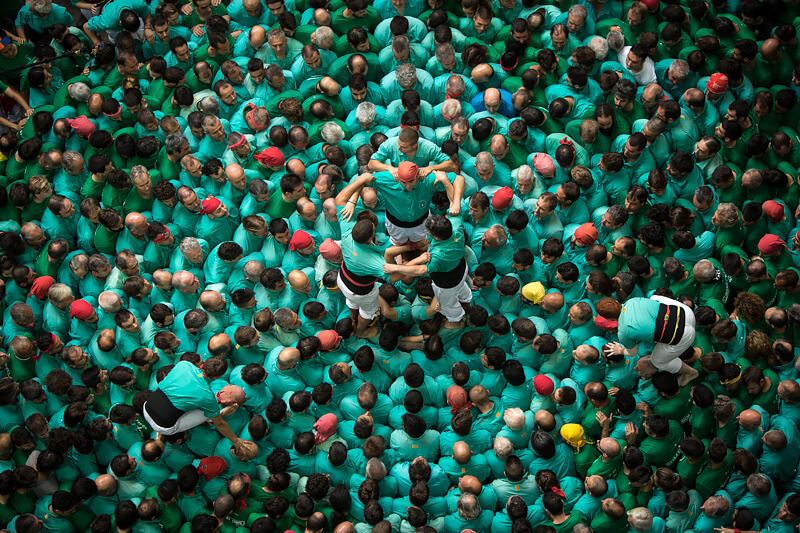 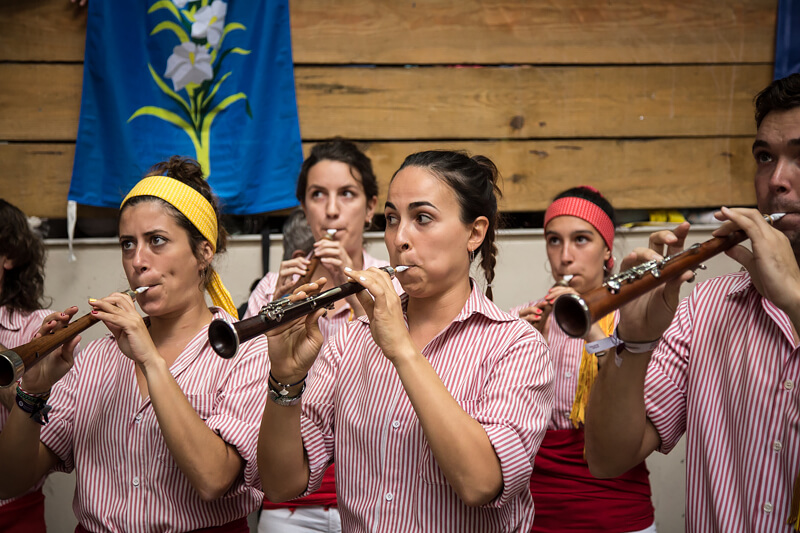 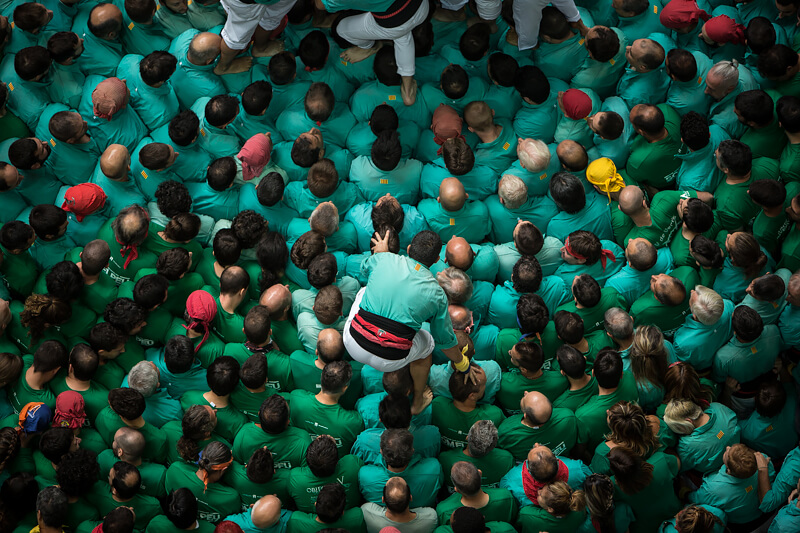 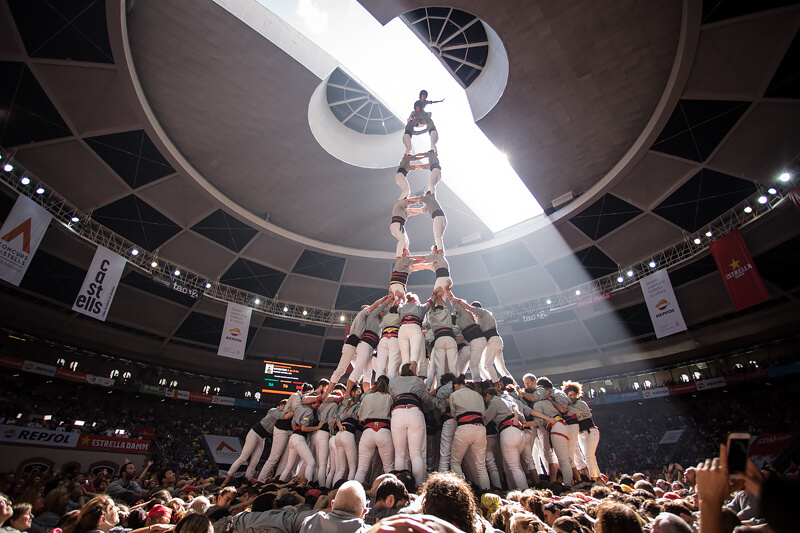 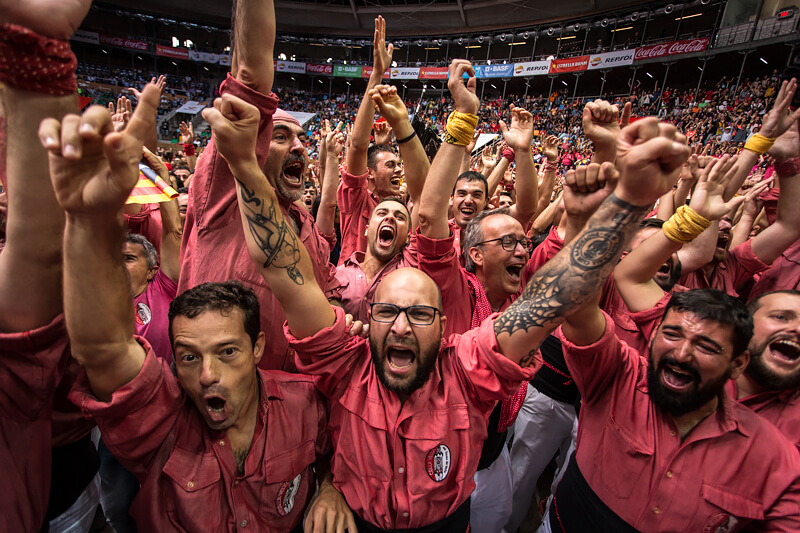 Country: Spain
Share
Documentary photographer and filmmaker born in Tarragona (Catalonia, Spain) who lived in Cardiff and Barcelona. His latest works have been published on international media such as National Geographic Magazine, Red Bull TV, Daily Telegraph, The Times, The Sunday Times, Traveler Magazine of China, The Guardian, GEO Magazine and Daily Mail, among others. His projects have been also awarded at the International Photography Awards, the Travel Photographer of the Year and the Seoul International Short Film Festival, in Korea, among others. David is currently based in Catalonia working on personal and commissioned projects and is available for assignments worldwide.

"It is a pleasure for me that a picture that represents such an important cultural tradition in my country, as the Human Towers in Catalonia are, could be awarded in this contest. I hope it could help people around the world to know this stunning and beautiful spectacle".

Milos Nejezchleb
Czech Republic
1978
The Czech photographer Miloš Nejezchleb was born in 1978. He lives in the Czech Republic and has got three children. He has only been involved in conceptual photography since 2016; however, he has already won several prestigious international awards. He is the absolute winner of the Fine Art Photography Award in London (2021), where he won the FINE ART PHOTOGRAHER OF THE YEAR title. He is the winner of the Malta International Photo Award (2020), two-time gold medalist in the Trierenberg Super Circuit competition in Linz and he is also, among others, silver medalist in IPA 2021 - International Photography Award. The most characteristic features of his photographs are noticeably colorful elements with a clear focus on the art of photography. Miloš often chooses current social topics, which he processes as stories using photographic series. These stories are narrated by people. He works on such series on his own and ensures the entire Art direction. He himself designs styling, looks for locations and carries out post-production. Besides conceptual art, where he points out currently discussed topics, Miloš has 2long-term thematic photographic cycles which document stories of real people. The most famous of them is photographic cycle "Stronger", in which Milos takes photos of people who have gone through hard times in their lives, and thanks to this experience they have become stronger personalities. Milos is at the beginning of his photographic career. He was fascinated by art photography when he bought his first camera. It happened before the birth of his first daughter. He is currently working on other production-intensive projects.

Philippe Halsman
Latvia/United States
1906 | † 1979
Philippe Halsman (1906-1979) was born in Riga, Latvia and began his photographic career in Paris. In 1934 he opened a portrait studio in Montparnasse, where he photographed many well-known artists and writers — including André Gide, Marc Chagall, Le Corbusier, and André Malraux, using an innovative twin-lens reflex camera that he designed himself. Part of the great exodus of artists and intellectuals who fled the Nazis, Halsman arrived in the United States with his young family in 1940, having obtained an emergency visa through the intervention of Albert Einstein. Halsman’s prolific career in America over the next 30 years included reportage and covers for every major American magazine. These assignments brought him face-to-face with many of the century’s leading statesmen, scientists, artists and entertainers. His incisive portraits appeared on 101 covers for LIFE magazine, a record no other photographer could match. Part of Halsman’s success was his joie de vivre and his imagination — combined with his technological prowess. In 1945 he was elected the first president of the American Society of Magazine Photographers (ASMP), where he led the fight to protect photographers’ creative and professional rights. In 1958 Halsman’s colleagues named him one of the World’s Ten Greatest Photographers. From 1971 to 1976 he taught a seminar at The New School entitled “Psychological Portraiture.” Halsman began a thirty-seven year collaboration with Salvador Dali in 1941 which resulted in a stream of unusual “photographs of ideas,” including “Dali Atomicus” and the “Dali’s Mustache” series. In the early 1950s, Halsman began to ask his subjects to jump for his camera at the conclusion of each sitting. These uniquely witty and energetic images have become an important part of his photographic legacy. Writing in 1972, Halsman spoke of his fascination with the human face. “Every face I see seems to hide – and sometimes fleetingly to reveal – the mystery of another human being. Capturing this revelation became the goal and passion of my life.”

Isa Leshko
United States
1971
Isa Leshko is a fine art photographer living in Philadelphia, PA. She has had solo exhibitions at the Corden|Potts Gallery, the Galveston Arts Center, the Griffin Museum of Photography, the Houston Center for Photography, the Silver Eye Center for Photography, and the Richard Levy Gallery. Her prints are in numerous private and public collections including the Boston Public Library, the Harry Ransom Center, Haverford College, and the Museum of Fine Arts, Houston. Her images have been published in print and/or online editions of The Atlantic, The Boston Globe, Frankfurter Allgemeine Sonntagszeitung, The Guardian, Harper’s Magazine, The New York Times, Photo District News and Süddeutsche Zeitung Magazin.In 2012, Isa received both the Houston Center for Photography Fellowship and the Silver Eye Center for Photography Keystone Award for her Elderly Animals project. She was nominated for the 2011 Santa Fe Prize for Photography and was named a finalist for the 2011 New Orleans Photo Alliance Clarence John Laughlin Award.Isa grew up in Carteret, NJ and received her BA from Haverford College, where she studied cognitive psychology and neurobiology. She spent the 1990s working for dot.com startups as a project manager and software engineer before she discovered her passion for photography. She has lived in Houston, TX, Salem, MA and Providence, RI.

George Byrne
Australia
1976
George Byrne creates large-scale photographs that depict everyday surfaces and landscapes as painterly abstractions. Borrowing from the clean, vivid clarity of modernist painting, he also references the New Topographics photography movement via a subject matter firmly entrenched in the urban every day. Born in Sydney in 1976, Byrne graduated from Sydney College Of The Arts in 2001, travelled extensively, and then settled in Los Angeles in 2011 - where he now lives and works. George's work resides in numerous international collections and he is represented by galleries in the USA, Canada, Australia, Taiwan, Norway and has his first solo show opening in Mumbai, India in September 2020. More about Post Truth
Advertisement

Interview
Exclusive Interview with Barbara Cole
For the last forty-five years, artist Barbara Cole has been recapturing the otherworldly mysteries of early photography in a body of work that flows in and out of time.
Read More

Interview
Exclusive Interview with Daniel Sackheim
Daniel Sackheim is an American Film & Television director and producer best known for his work on such highly acclaimed series as HBO's True Detective Season 3, Game of Thrones, and Amazon’s Jack Ryan. But he is also a talented photographer. We asked him a few questions about his life and work.
Read More

Interview
Contest
Exlusive Interview with Tom Price Winner of All About Photo Awards 2021
Tom Price is the Photographer of the Year, winner of All About Photo Awards 2021 - The Mind's Eye. My co-jurors Keith Cullen, Denis Dailleux, Stefano De Luigi, Monica Denevan, Claudine Doury, Ann Jastrab, Stephan Vanfleteren, Hiroshi Watanabe, Alison Wright and myself were impressed by his work 'Porter' taken from a series of surreal portraits, featuring 'relocated' porters from Kolkata, as a reflection on the experience of migrant workers.
Read More

Interview
Interview: Jill Enfield by Jon Wollenhaupt
Alternative photography pioneer Jill Enfield comes from a long line of photographers dating back to 1875-the date when her ancestors opened up gift stores in Germany where they sold cameras and other technical equipment. In 1939, after fleeing Nazi Germany, her family opened the first camera store in Miami Beach, where as a child, Jill roamed the aisles. It is easy to imagine that she grew up always having a camera in her hands. With photography imprinted in her DNA, her career path seemed inevitable.
Read More

Interview
Exclusive Interview with Michael Nguyen
Michael Nguyen is a street and documentary photographer living near Munich, Germany. He is also the co-founder of Tagree Magazine. We asked him a few questions about his life and work.
Read More