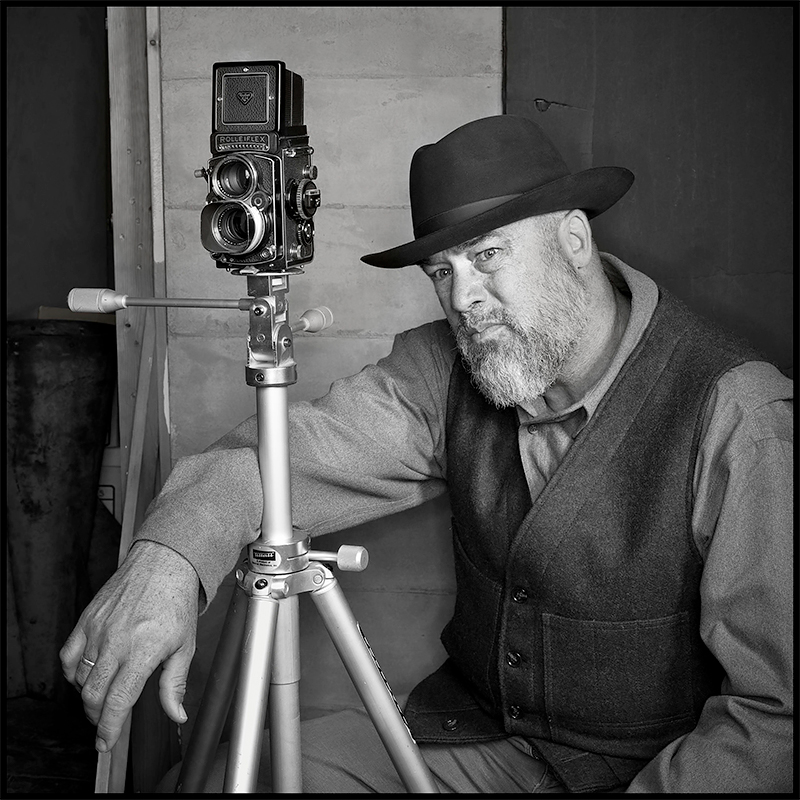 © Dan Winters on set 2014 Photo © Travis Smith
Country: United States | Born: 1962
Dan Winters (b. October 21, 1962) is an American photojournalist, illustrator, filmmaker and writer.
He was born in Ventura County, California on October 21, 1962. He first studied photography and the darkroom process starting in 1971 while a member of his local 4-H club. In 1979, while still a high school senior, he began working full time in the motion picture special effects industry in the area of miniature construction and design. He went on to study photography at Moorpark College, in California. After receiving an associates arts degree there, he entered the documentary studies program at Ludwig Maximilian University of Munich in Germany, focusing mainly on narrative photojournalism.

In 1986, he began his career in photography as a photojournalist in his home town in Ventura County, at the Thousand Oaks News Chronicle. After winning several local awards for his work, he moved to New York City, where magazine assignments came rapidly. In 1991, he moved to Los Angeles and married Kathryn Fouts, who became his photo rep and studio manager. In 1993, his son Dylan was born in Los Angeles. In 2000, while maintaining a home in LA, he moved to Austin, Texas. There he set up a studio outside Austin in a historic building built in 1903, that had originally served as a general store, gas station and post office for nearly 100 years before he arrived.

His work has appeared in four solo exhibitions in galleries in New York and Los Angeles. A book of his work entitled "Dan Winters: Periodical Photographs" was published in 2009 by Aperture. In addition, he has photos in permanent collections of the National Portrait Gallery (United States), the Museum of Fine Art Houston, The Whitliff Collection at Texas State University and the Harry Ransom Center for Photography in Austin, Texas.[6]He currently has a solo exhibition at the Telfair Museum/Jepson Center in Savannah, GA entitled Dan Winters's AMERICA: Icons and Ingenuity. A catalogue was published to accompany the exhibition. His book Last Launch which chronicles the final launches of Discovery, Endeavour and Atlantis in 2011, signaling the end of an era in space travel, will be released October 22, 2012 by UT Press and available in bookstores everywhere. He currently lives in Austin, Los Angeles and Savannah, Georgia with his wife and son. 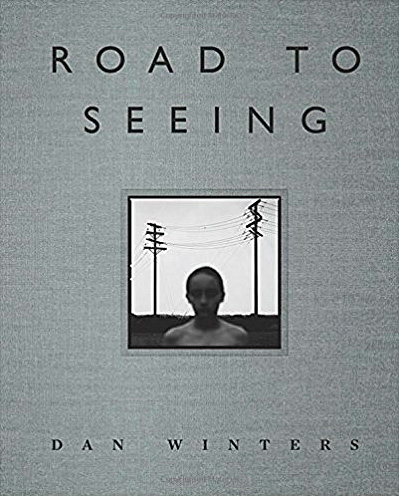 Road to Seeing
Author: Dan Winters
Publisher: New Riders
Year: 2014 - Pages: 606
In Road to Seeing, Dan shares his journey to becoming a photographer, as well as key moments in his career that have influenced and informed the decisions he has made and the path he has taken. Though this book appeals to the broader photography audience, it speaks primarily to the student of photography—whether enrolled in school or not—and addresses such topics as creating a visual language; the history of photography; the portfolio; street photography; personal projects; his portraiture work; and the need for key characteristics such as perseverance, awareness, curiosity, and reverence.

Jay Maisel
Nationality: United States
Born: 1931
After studying painting and graphic design at Cooper Union and Yale, Jay Maisel began his career in photography in 1954. While his portfolio includes the likes of Marilyn Monroe and Miles Davis, he is perhaps best known for capturing the light, color, and gesture found in every day life. This unique vision kept him busy for over 40 years shooting annual reports, magazine covers, jazz albums, advertising and more for an array of clients worldwide. Some of his commercial (…)
All About Jay Maisel

Hector Acebes
Nationality: United States/Spain
Born: 1921 - Died: 2017
Hector Acebes was born in New York City in 1921. He was raised in Madrid, Spain, and attended the Colegio del Pilar. His family moved to Bogotá, Colombia, where he attended the Gimnasio Moderno. Acebes returned to the United States for high school at the New York Military Academy. He gained much of his technical photographic skill by participating in the school’s camera club and through study and practice on his own.

After graduating from the Chauncey Hall (…)
All About Hector Acebes

Mariko Evans
Nationality: Japan
A self taught photographic artist, based in Vancouver, Canada, born and raised in Japan. Photography has always been her serious hobby since she obtained her first film SLR in 1990. After living/traveling to many places (including her inner world), she strongly reconnected with photography and started photographic services in 2008 in Sydney, Australia, where half her soul still resides. In 2011, she moved to Vancouver and continued to create her artworks.

Her (…)
All About Mariko Evans

Lisette Model
Nationality: Austria/United States
Born: 1901 - Died: 1983
Lisette Model (born Elise Amelie Felicie Stern; November 10, 1901 – March 30, 1983) was an Austrian-born American photographer. Lisette Model began her creative life as a student of music. Through avant-garde composer Arnold Schönberg, with whom she studied piano, she became exposed to the Expressionist painters of early twentieth-century Vienna. She never formally studied photography but took it up in the 1930s while living in Paris. An early piece of advice received (…)
All About Lisette Model

Kirk Crippens
Nationality: United States
Kirk Crippens is an American artist living in the San Francisco Bay Area. He had an early start with photography, inspired by his grandfather who kept a darkroom in his closet. Based in San Francisco since 2000, he began exhibiting in 2008. In 2010 he exhibited in thirteen shows, three were solo exhibitions. He was named Top 50 Photographer in Critical Mass, nominated for the 2011–2013 Eureka Fellowship Program, and invited to speak during PhotoAlliance’s Spring Lecture (…)
All About Kirk Crippens

Claudine De Fay
Nationality: France
I'm a french artist and poet who lives between Paris and Normandy. Here, you will find landscapes, dreamy illustrations and creative portraits. My work is a bridge between imaginary and reality, poetry and memory, and ask about the intimate of our human condition. I’m inspired by Nature, Literature and more particularly by Poetry. Recently, I worked on creations of illustrations from my photos and edit using iphone and ipad. Since 3 years, I expose regularly my work as with (…)
All About Claudine De Fay

Mauricio Alejo
Nationality: Mexico
Born: 1969
Mauricio Alejo was born in Mexico City in 1969. He earned his Master of Art from New York University in 2002, as a Fulbright Grant recipient. In 2007, he was a resident artist at NUS Centre for the Arts in Singapore. He has received multiple awards and grants, including the New York Foundation for the Arts grant in 2008. His work is part of important collections such as Daros Latinoamérica Collection in Zürich . His work has been reviewed in important journals, (…)
All About Mauricio Alejo

Nobuyoshi Araki
Nationality: Japan
Born: 1940
Nobuyoshi Araki is a Japanese photographer and contemporary artist. He is also known by the nickname Arākī. Araki was born in Tokyo, studied photography during his college years and then went to work at the advertising agency Dentsu, where he met his future wife, the essayist Yōko Araki. After they were married, Araki published a book of pictures of his wife taken during their honeymoon titled Sentimental Journey. She died in 1990. Pictures taken during (…)
All About Nobuyoshi Araki