Share:
Country: Belgium | Born: 1941
For more than thirty years, from Belgium to Morocco, and from India to Egypt, Harry Gruyaert has been recording the subtle chromatic vibrations of Eastern and Western light. Gruyaert studied at the School for Photo and Cinema in Brussels from 1959 to 1962. He then began freelance fashion and advertising work in Paris, while working as a director of photography for Flemish television. In 1969 Gruyaert made the first of many trips to Morocco. His total immersion in its colors and landscapes won him the Kodak Prize in 1976 and culminated in the publication of the book Morocco in 1990. He traveled to India for the first time in 1976 and to Egypt in 1987. Far from indulging in stereotypical exoticism, Gruyaert has a vision of faraway countries that locates the viewer within peculiar and somewhat impenetrable atmospheres. In a different sphere he covered the Olympic Games in Munich in 1972. In the same year he photographed some of the first Apollo flights as they were shown on a crazy television set. This project, which exploits the colors of the screen, appeared under the title 'TV Shots' in Zoom. It was shown at the Delpire Gallery in 1974 and at Phillips de Pury & Co. in New York. Gruyaert joined Magnum Photos in 1981. His book Made in Belgium was published in 2000, Rivages, a collection of portraits of shores around the world, in 2003, PhotoPoche in 2006, and TV Shots in 2007. In his later work Gruyaert has abandoned the Cibachrome process in favor of digital print. Better suited to revealing the rich shades found in his films, digital print opens new possibilities for his work, bringing it one step closer to his original intention, namely to give color the means to assert its true existence.
Source Magnum Photos
Agency:
Magnum Photos
Website:
www.magnumphotos.com
Share:
Selected Books: 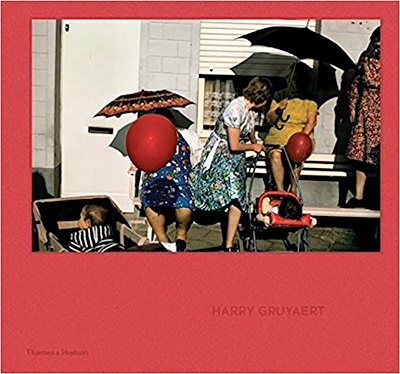 Harry Gruyaert
Author: Francois Hebel, Harry Gruyaert
Publisher: Thames & Hudson
Year: 2015
Born in Antwerp in 1941 and a member of Magnum Photos since 1982, Harry Gruyaert revolutionized creative and experimental uses of color in the 1970s and 1980s. Influenced by cinema and American photographers, his work defined new territory for color photography: an emotive, non-narrative, and boldly graphic way of perceiving the world. In 1972, while living in London, Gruyaert created the striking series TV Shots by turning the dial on a television set at random and photographing the distorted images he saw there. A later series, Made in Belgium, portrays his ambivalent relationship with his homeland in a palette of saturated tones. In his most recent work, he embraces the possibilities of digital photography, taking further creative risks to capture light in new ways. Gruyaert’s images are autonomous, often independent of any context or thematic logic. This volume, the first retrospective of his work, is a superb overview of his personal quest for freedom of expression and the liberation of the senses. 80 color illustrations 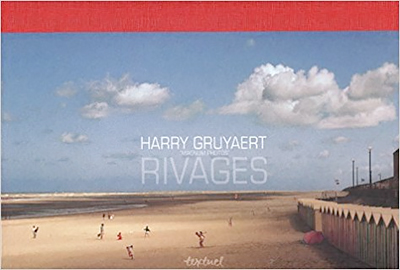 Pascal Maitre
Nationality: France
Born: 1955
Born in Buzançais, France, in 1955, Pascal Maitre studied psychology before beginning a career in photojournalism in 1979. His numerous assignments have taken him all over the Earth, from Afghanistan to South America. His books, In the Heart of Africa and Madagascar: Travels in a World Apart, gather images from 15 years of work in Africa. His photographs have been published in publications around the world, including GEO, Figaro, Newsweek, Life, and many others. His (…)
All About Pascal Maitre

Marie-Laure Vareilles
Nationality: France
Born: 1966
- Testify to the variety of cultures on our planet.
Education: Interior architect. I travelled on all continents, camera in hand, to testify of the diversity of countries on our planet. Over the years I have experienced different cultures, landscapes, encounters … The cultures of the entire world are in constant evolution. My work is to serve the memory of the people and their countries all around the world.

- Creation of photo montage : imagine a universe of (…)
All About Marie-Laure Vareilles

Kevin Lyle
Nationality: United States
Born: 1951
I am, for the most part, self taught. I first became interested in art around the age of 12. Art class became the most interesting part of school. After high school I attended the Cleveland Institute of Art for one semester before realizing that art school was not for me at that time. After moving to Chicago my first job turned into a career in computers and systems management and I did little or no art for many years. I've always had an inclination to collect. (…)
All About Kevin Lyle

Robert Capa
Nationality: United States
Born: 1913 - Died: 1954
Robert Capa (born Endre Friedmann; October 22, 1913 – May 25, 1954) was a Hungarian war photographer and photojournalist as well as the companion and professional partner of photographer Gerda Taro. He is considered by some to be the greatest combat and adventure photographer in history.

Capa fled political repression in Hungary when he was a teenager, moving to Berlin, where he enrolled in college. He witnessed the rise of Hitler, which led him to move to (…)
All About Robert Capa

Chris Steele-Perkins
Nationality: United Kingdom
Born: 1947
At the age of two, Chris Steele-Perkins moved to England from Burma with his father. He went to school at Christ's Hospital. At the University of Newcastle-upon-Tyne, he studied psychology and worked for the student newspaper; he graduated with honors in 1970 and started to work as a freelance photographer, moving to London in 1971. Apart from a trip to Bangladesh in 1973, he worked mainly in Britain in areas concerned with urban poverty and subcultures. In 1975 he worked (…)
All About Chris Steele-Perkins

Stephen Wicks
Nationality: United States
Stephen Wicks' attraction to photography began during his childhood. He says he was inspired by the photo essays in LIFE Magazine. Each week when a new issue arrived it seemed like the world beyond his home was in his hands and he had feelings for and wanted to meet the people who appeared in the pictures and visit the places he saw on the pages in the magazine.

Wicks has always had a deep interest in all forms of communication. He says his attraction to the (…)
All About Stephen Wicks

Andre Cypriano
Nationality: Brazil
Born: 1964
A native of Brazil, André Cypriano was born in 1964 and educated in Săo Paulo with a university degree in business administration. Concerned with environmental issues, he contributed time and effort as the administrator of "Salva Mar" Save the Sea - a Brazilian organization dedicated to save the whales in North Brazil.

In 1990, one year after relocating to the U.S., André began to study photography in San Francisco. He has since completed several projects which have (…)
All About Andre Cypriano

Chester Higgins Jr.
Nationality: United States
Born: 1946
Higgins, an American photographer, has used his camera to examine the life and culture of people of African descent — seeking reflections of himself in the world of humanity. After four decades as a staff photographer for The New York Times, he recently retired.

His mission statement is as follows: “Wrestling with issues of memory, place and identity, I see my life as a narrative and my photography as its expression. My art gives visual voice to my personal and (…)
All About Chester Higgins Jr.