Between Worlds by Harry Gruyaert 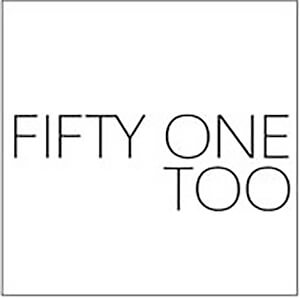 Gallery FIFTY ONE is proud to announce its 4th solo exhibition by Belgian photographer Harry Gruyaert (b.1941). In 'Between Worlds' - accompanying the launch in October of an eponymous book published by Thames & Hudson (English) and Atelier Xavier Barral (French) - Gruyaert presents a selection of images from his diverse oeuvre, all of which depicting a 'threshold' or barrier, such as a window or reflection.

Gruyaert is an intuitive photographer, wandering and shooting without destination nor preconceived idea, except for his focus on composition, color and light. Unconsciously there are, however, certain motifs that often recur in his work. 'Threshold images', shot in front of or behind an obstruction, is one of those recurring themes. The majority of the photographs on view are taken through a window, in which Gruyaert points his lens both on what he saw behind the glass and on the reflection of what is happening in front of it. Other images were taken from behind a doorway, screen or mirror or show obstructions that cut through the composition and clever see- throughs to another visual plan, where different scenes take place. A striking example of the latter is a photo of an empty room in Mali. The tranquility of this space contrasts with the busy outside world we catch a glimpse of through the window central in the composition. This picture in a picture adds drama to this everyday scene. 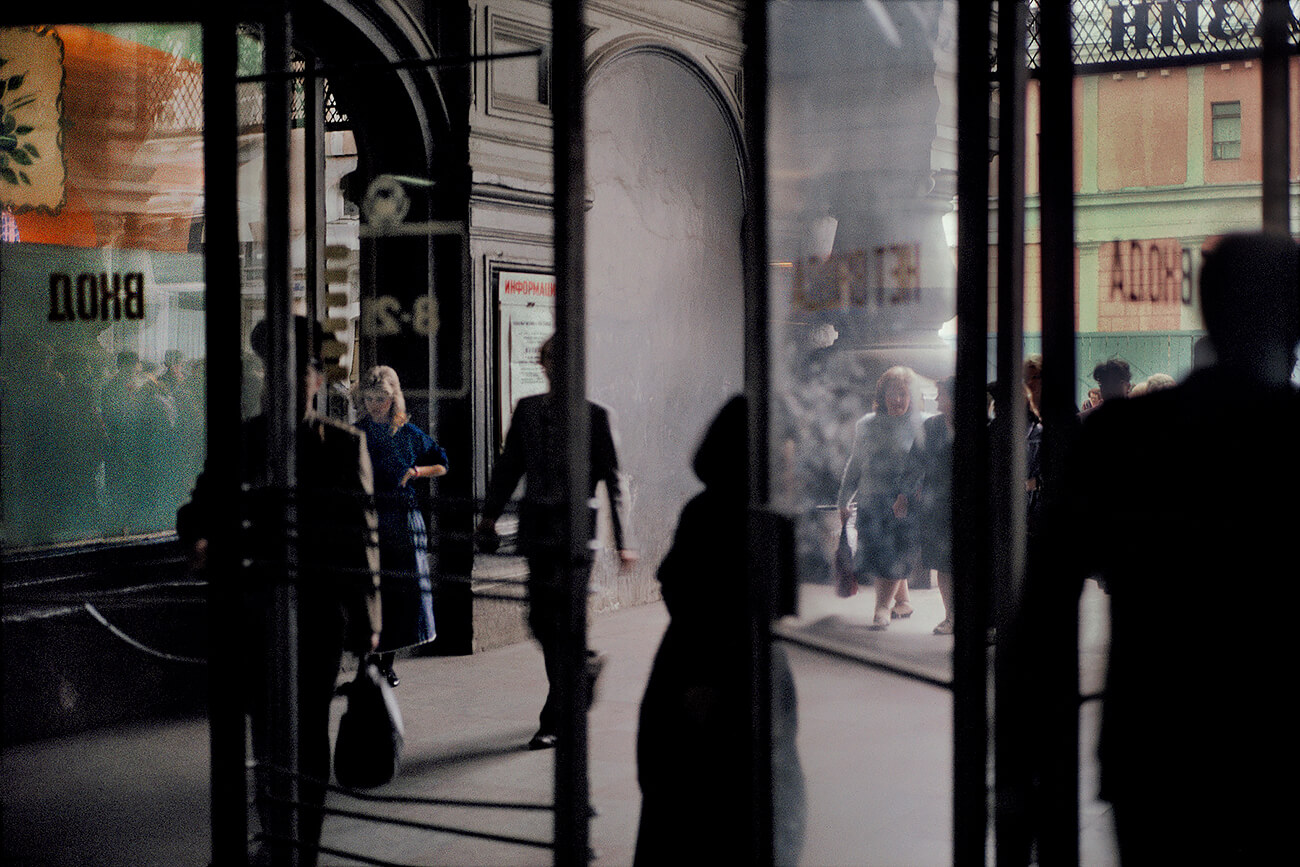 In 'Between Worlds' Gruyaert experiments with bringing together different layers, depths, surfaces, light levels and colour palettes in one frame. This results in dense and highly complex images that confuse the eye and are difficult to fathom. The contrast between the empty room and the lively world outside as seen in the Mali picture is furthermore an illustration of how Gruyaert plays with juxtaposing different realities and dimensions of human experience. A cold and rainy empty street versus the cozy ambiance of a bar interior, colourful consumer goods on display in a shop window versus the grey reality of the street it reflects or walkers on sunny platforms versus lonely passengers in a train about to depart: as writer and curator David Campany puts it in his introduction of the book accompanying this exhibition, these images are all ''made at those complicated yet poetic points between worlds.''

Gruyaert's play with illusion and perception throws the viewer off balance. The depicted obstructions create distance between the viewer and what is being photographed. They generate awareness - much more than in Gruyaert's other work - of the presence and position of the photographer. The latter is present, but never really seems to belong in the place he photographs and - consciously or unconsciously - takes on the position of an outsider. Although Gruyaert always states that he simply records what he sees - without any autobiographical or subjective motive - these images might reveal an insight in the psychology of the artist. According to Campany these photographs may be understood as ''metaphors for Gruyaert's passing through, for his being in a constant state of transition.'' ''Threshold images are a perfect means of expressing and contemplating that feeling of belonging to different registers of experience, and to nowhere in particular,'' the writer states. They are therefore always self-conscious and reflective images, also in the case of Harry Gruyaert. 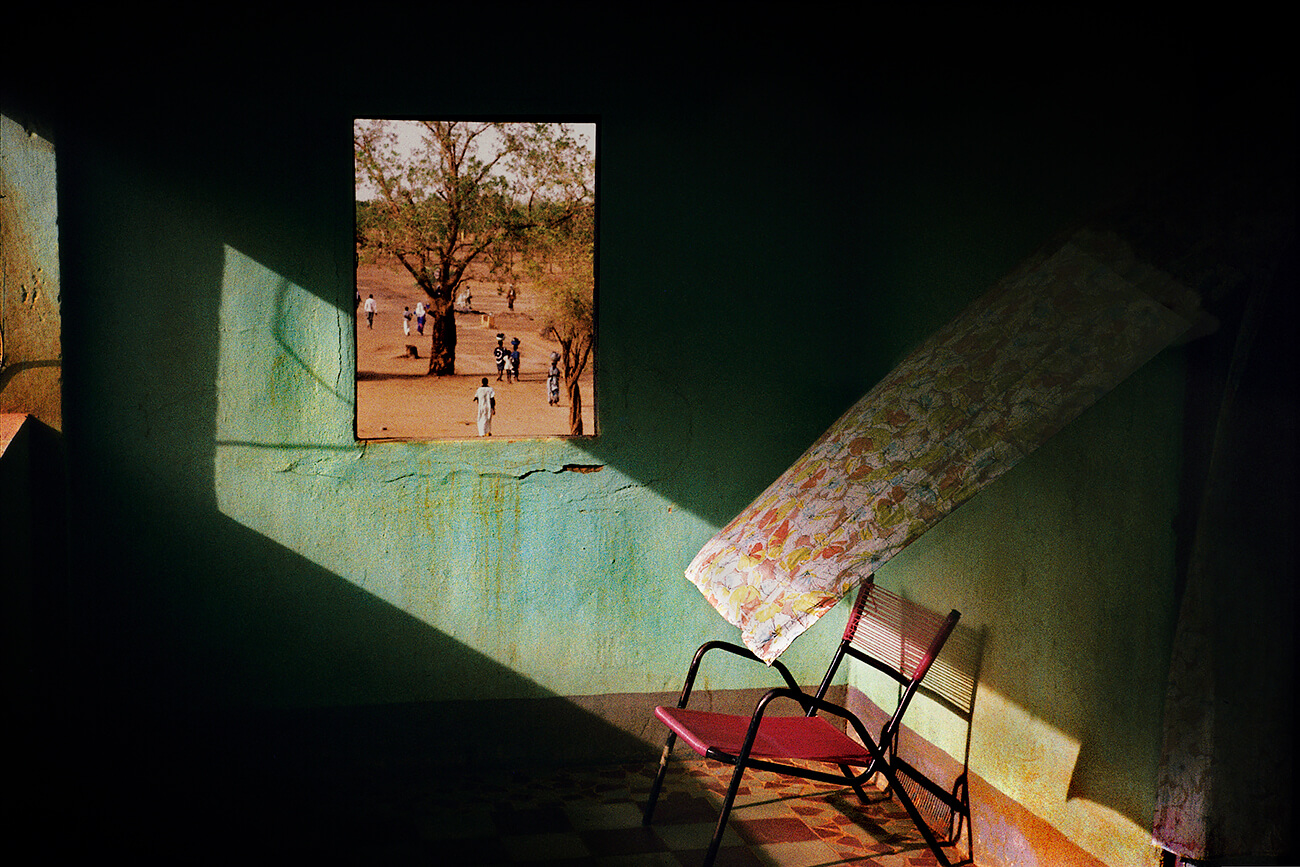 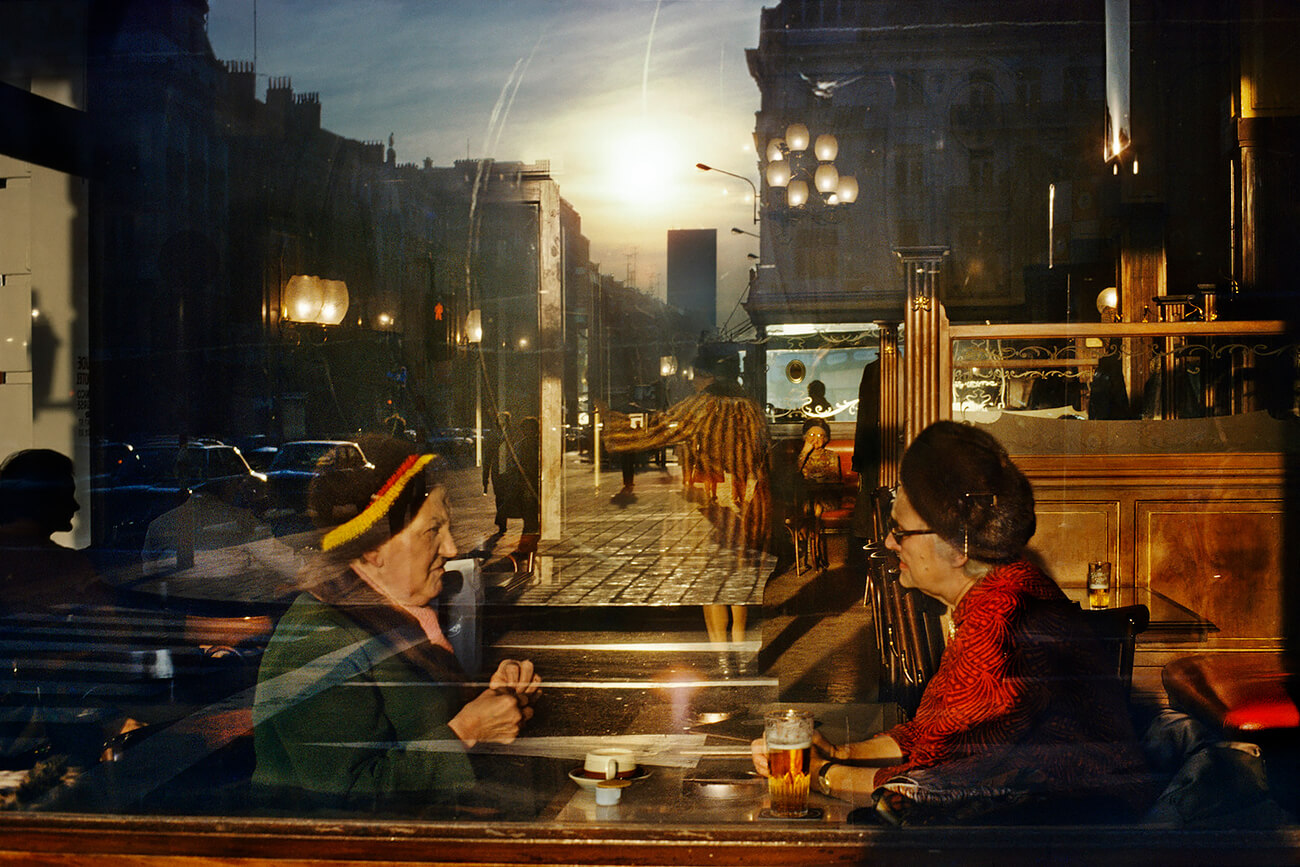 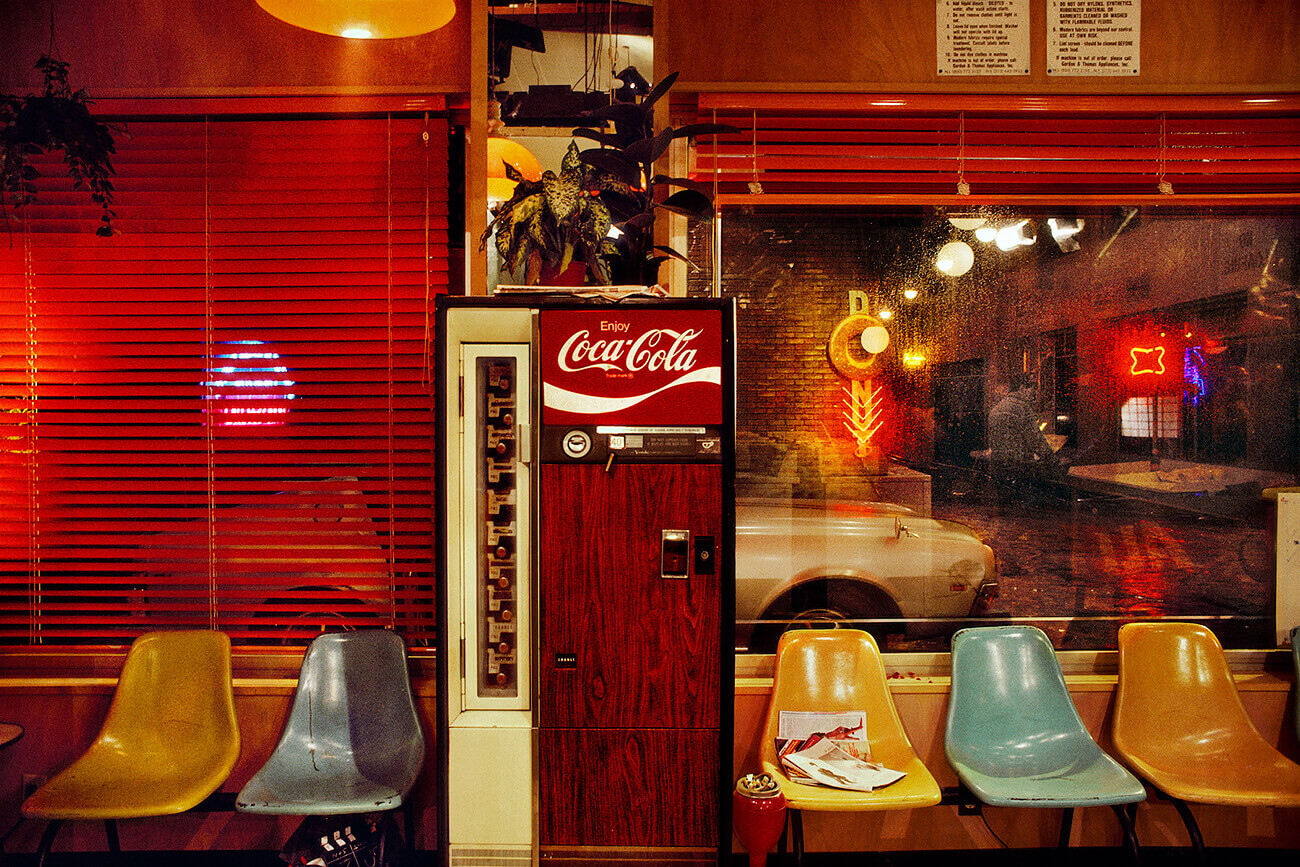 About the artist:
Born in Antwerp in 1941, Harry Gruyaert is renowned for his saturated color photography that explores the subtleties of eastern and western light. A member of Magnum Photos since 1982, he has created significant bodies of work in North Africa, the Middle East, The United States, Europe and India, as well as in his native Belgium. ''For me, photography is not only about composition and color, it has to say something about the time and the place,'' he observes.

Heavily influenced by the Popart of the 1960s and further inspired by the visual impulses on his first trip to Morocco in 1969, he decided in the second half of the 1970s, as one of the first photographers in Europe, to commit himself entirely to colour photography.

In 2018, a documentary about his life and work was made entitled 'Harry Gruyaert, Photographer'. Drawing from his own archives, Gruyaert has recently started to produce short films made from still photographs with original soundtracks by Tuur Florizoone, which bring a new dimension to his pictures and reveal the distinctive cinematographic quality of his photography. He lives and works in Paris, France.

All about Harry Gruyaert 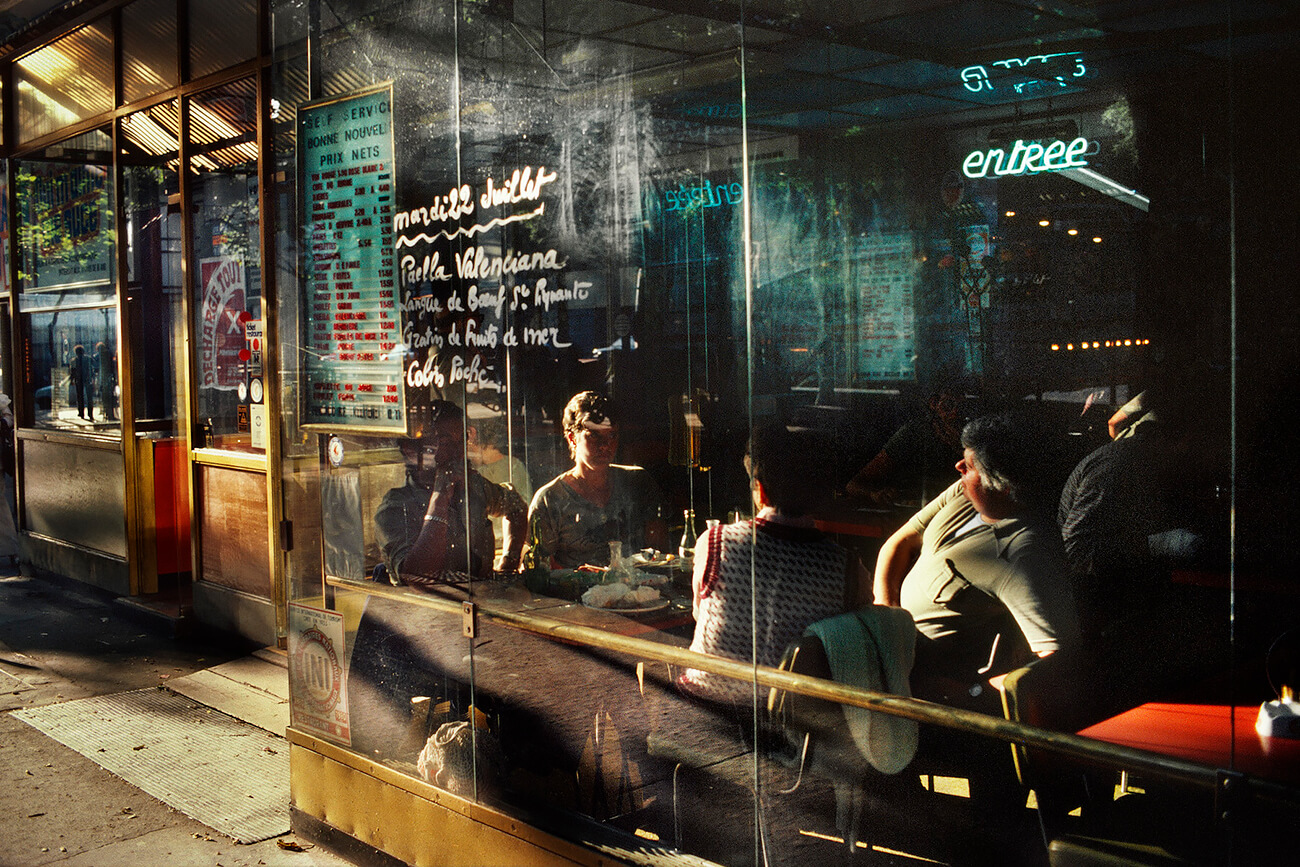 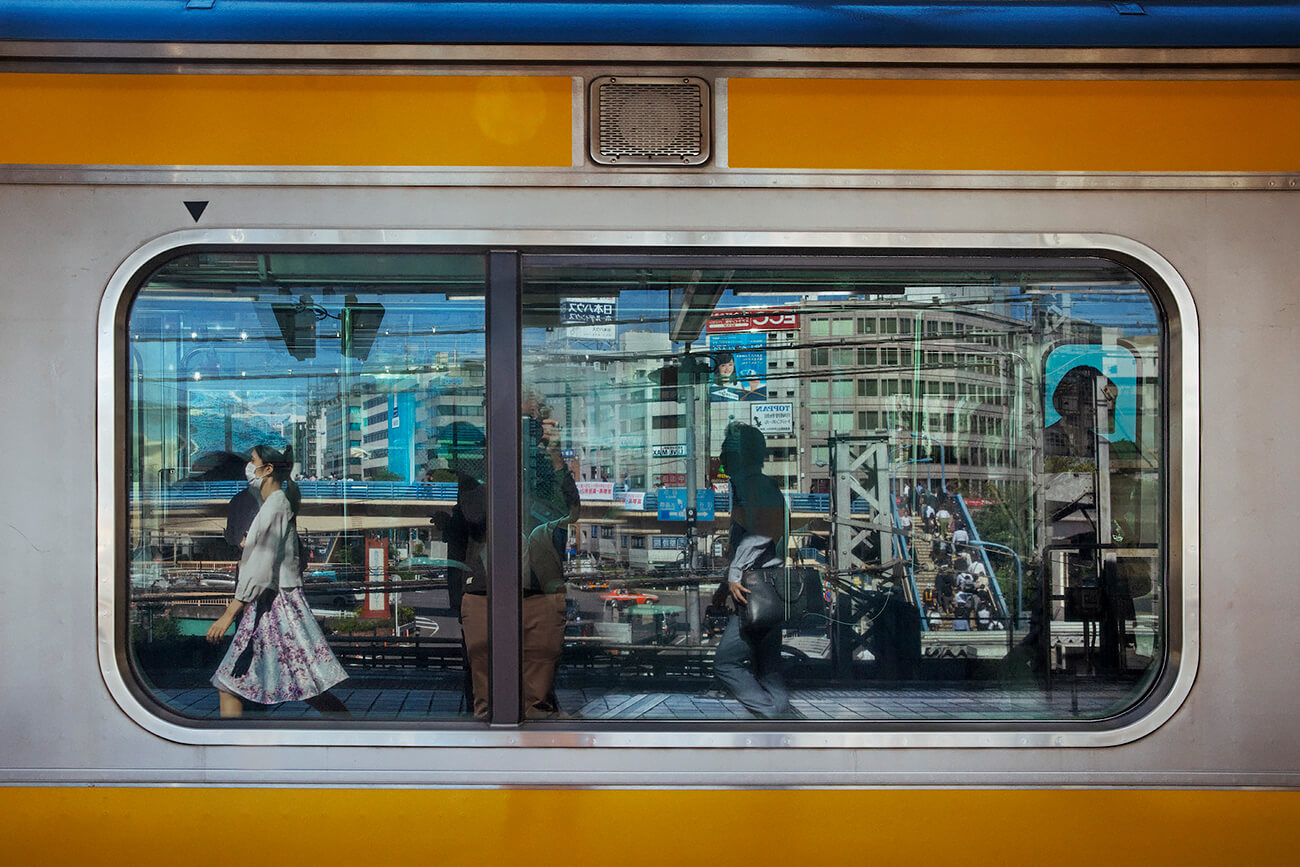