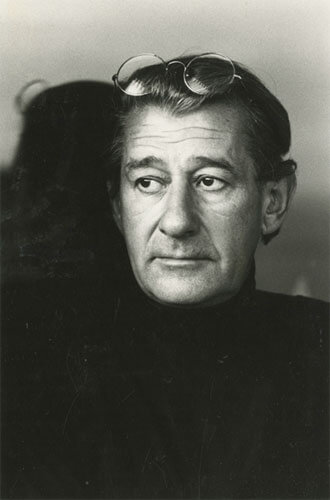 © Alice Springs, CC BY-SA 3.0
Country: Germany/Australia | Born: 1920 - Died: 2004
Helmut Newton, a German-Jewish/Australian fashion photographer, is best known for his fashion and female nude studies. Born Helmut Neustadter in Berlin, Germany on Oct. 31, 1920, Newton attended both German and American schools. Newton's proclivity for the unusual, particularly in sexual contexts, is attributed to his early years, when his older brother showed him the "red light" (prostitute) district of Berlin. This early exposure would later lead him to create photographic studies that altered the course of fashion photography. In 1936, Newton left a floundering school career to apprentice under German photographer Else Neulander Simon (known professionally as Yva). Under political pressure, Else, also a Jew, was forced to close her studio, and in 1938, Newton himself fled Germany for Singapore. Here he worked briefly as a photographer for the Singapore Strait Times until he made another move, this time to Melbourne, Australia. During World War II Newton served with the Australian army as a truck driver, then decided to follow his dream, opening his first photography studio in 1946. Two years later he married actress June Browne and gained his Australian citizenship. Newton's initial photography work was standard of the time, primarily comprising weddings, baby portraits and mail order catalogs. But in 1952 his big break came when he began working for fashion-iconic Australian Vogue magazine. In 1956 Newton partnered with Henry Talbot and gave his studio a new name: Helmut Newton and Henry Talbot. By the late 1950s, Newton's reputation as a photographer was growing. He left for London on assignment in 1959 and eventually landed in Paris in 1961. From this new locale, his work appeared nationally and internationally in such magazines as Elle, Marie Claire, Playboy and French Vogue. During this time Newton's photography style began to emerge as covertly sexual, even hinting occasionally at the fetishistic. Throughout the 1960s Newton's celebrity status brought him increasingly exotic assignments. Then, following a heart attack in 1971, Newton's work took on new purpose. He began to openly explore sexual themes, rocking the photography world and capturing interest around the globe. Newton's wife, June, is said to have encouraged him in this new career course as he began to depict women in increasingly aggressive and sometimes menacing roles. The 1978 horror classic "The Eyes of Laura Mars" was influenced directly by Newton's work. Newton was the recipient of a number of honors, including Germany's Kodak Award for Photographic Books, the Tokyo Art Director's Club prize and an American Institute of Graphic Arts award. He was also recognized by the French and German governments. Life magazine honored Newton with the Life Legend Award for Lifetime Achievement in Magazine Photography in 1999. In 2003, Newton donated a large photo collection to the Prussian Cultural Heritage Foundation in Berlin, the land of his birth. The collection remains there today. Newton continued to travel during his waning years, primarily alternating between Los Angeles and Monte Carlo. He died on Jan. 24, 2004, in an automobile accident. His ashes are buried in his home city of Berlin.
Gallery:
Staley-Wise Gallery
Website:
Helmut Newton Foundation
Share:
Selected Books: 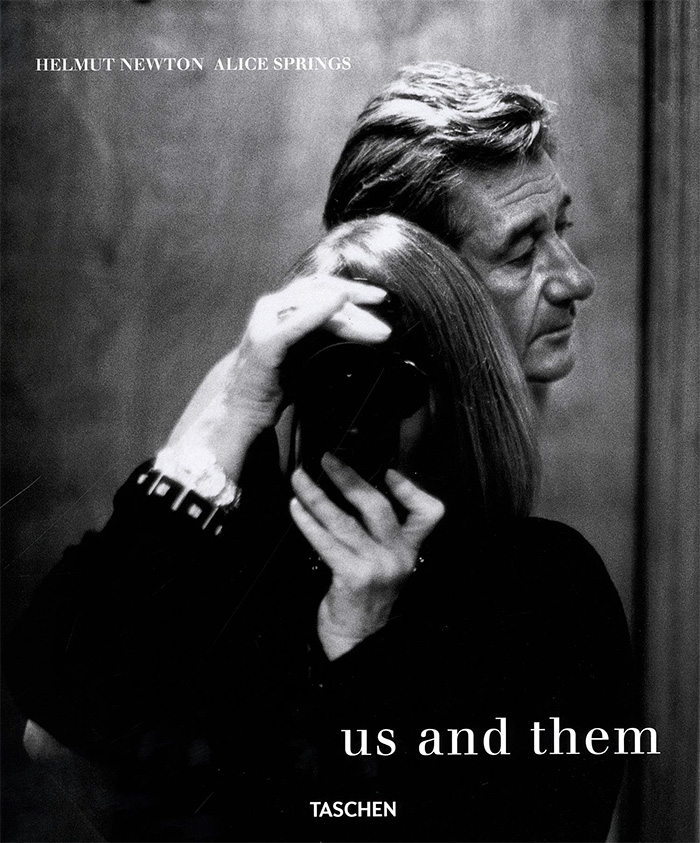 Helmut Newton and Alice Springs: Us and Them
Author: Helmut Newton, June Browne
Publisher: Taschen
Year: 2016 - Pages: 200
Two cameras, one couple: Helmut Newton and Alice Springs turn the lens on their love and their life Us and Them is an ode to partnership and art. First published in 1999, it gathers photographs by Helmut Newton and his wife, the actress and photographer June Newton, who worked under the pseudonym Alice Springs. The collection is arranged into five sections, alternating the gaze between Newton and Spring’s own tender internal world of “Us”, and the glamorous encounters of their social and professional milieu -“Them”. The “Us” sections of the book reveal the pair’s portraits of each other and themselves, as startling in their moments of vulnerability as they are infectious in their episodes of joy. We see the pair pensive, weary, or roaring with laughter. Alice photographs Helmut on set with his models, in the shower, and in stilettos. Helmut captures Alice in the kitchen, in costume, and hanging up the washing in the nude. Along the way, we are alerted to the frailties and intimacies that make up a long-term partnership and that coexisted with the high-voltage glamour for which Newton is renowned. The particular power of the pictures is to locate as much magnetism and beauty in an aging, ailing partner (Helmut in the hospital, Alice adjusting her spectacles), as in the pristine physiques of a Newton fashion shoot. In the concluding “Them” section, Newton and Springs each turn their lens on the same, typically famous, subjects, including Catherine Deneuve, Charlotte Rampling, David Hockney, Dennis Hopper, Karl Lagerfeld, and Timothy Leary. While Newton casts these subjects with his unique brand of statuesque allure, Springs deploys a softer focus to find something more suggestive, delicate, or playful. As we move from, in Newton’s words, “truth and simplicity” to “editorializing”, through youth and age, love and sex, and the public and private spheres, Us and Them offers not only an elegant example of independent visions within a shared life, but also a tender and inspiring chronicle of love through passing time. Helmut Newton: Polaroids
Author: Helmut Newton
Publisher: Taschen; Mul edition
Year: 2015 - Pages: 224
Polaroids occupy a special place in photography, all the more so since the development of digital techniques. The instant print and absence of editing tools allows these one-of-a kind images a beguiling realness: In no other photographic medium does the moment find its material form with such sincerity and such speed. Throughout his career, Helmut Newton used polaroids not just for their poetics but as a crucial tool for testing lighting and composition before a shoot began. Many photographers threw these tests away. Luckily for us, Newton kept his, allowing his widow June Newton to assemble this fascinating behind-the-scenes look at some of his greatest shoots, from the classic nudes in Milan to latex-clad shots in St. Tropez. With images visible folds or handwriting, these snaps from the seventies, eighties, and nineties are akin to the preparatory sketches to masterpiece paintings. Offering fascinating insight into Newton’s creative direction and process, they stand as works of art in their own right, and as a historical testament to a bygone age of fashion photography. 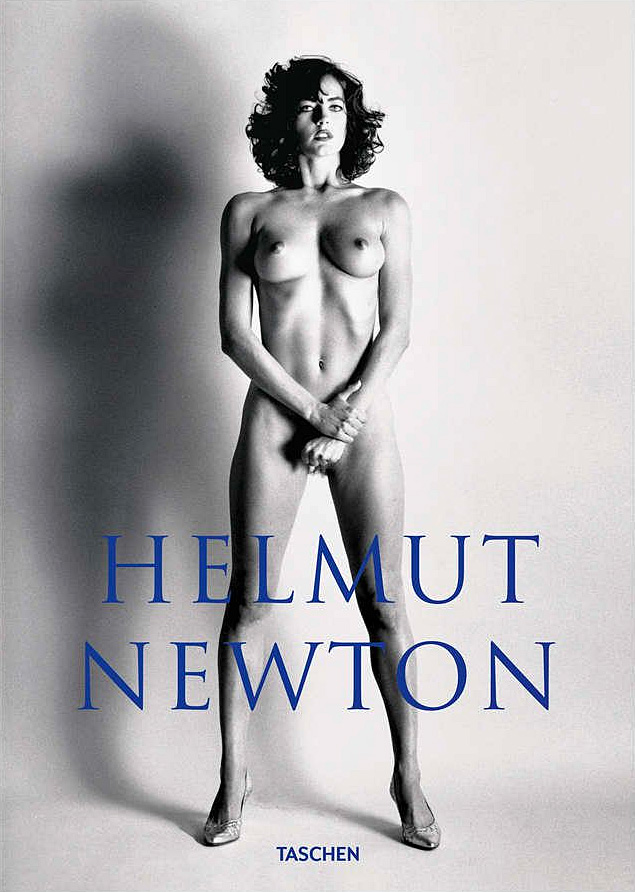 Helmut Newton: SUMO
Author: Helmut Newton, June Newton
Publisher: Taschen America, LLC
Year: 2009 - Pages: 464
SUMO was a titanic book in every respect: a 480-page tribute to the 20th century's most influential, intriguing and controversial photographer, breaking records for weight and dimensions. Fifty people worked with Helmut and June Newton for three years to complete a book that weighed 30kg (66lbs). But size wasn't everything. Control and quality - printing, paper, binding - were all critical in making SUMO a worldwide publishing sensation, which is in many famous collections all around the world, including the Museum of Modern Art, New York.

Sylwia Makris
Nationality: Poland
Born: 1973
There is a spark within everything. A living light in the eyes of a person, a memory that flares up, the glow of a passion that was never declared. A face always tells more than it knows, wich is why photography is never a mere reproduction of what is. A good photo tells what was, why might have been or what is waiting painfully beneath the surface. Sylwia Makris has been in pursuit of these sparks since she first held a camera. Her quest produces images that may delight or (…)
All About Sylwia Makris

Anthony Goicolea
Nationality: United States/Cuba
Born: 1971
Anthony Goicolea is a New York-based fine art photographer. Goicolea's photographs frequently deal with issues of androgyny, homosexuality, and child sexuality. Goicolea, Cuban-American and gay, was educated at the University of Georgia and studied painting, photography, and sculpture at that institution. He holds an MFA in fine arts from the Pratt Institute.

He made his debut in 1999, and now shows work with Postmasters gallery in New York and Aurel Scheibler in (…)
All About Anthony Goicolea

Harry Gruyaert
Nationality: Belgium
Born: 1941
For more than thirty years, from Belgium to Morocco, and from India to Egypt, Harry Gruyaert has been recording the subtle chromatic vibrations of Eastern and Western light. Gruyaert studied at the School for Photo and Cinema in Brussels from 1959 to 1962. He then began freelance fashion and advertising work in Paris, while working as a director of photography for Flemish television. In 1969 Gruyaert made the first of many trips to Morocco. His total immersion in its colors (…)
All About Harry Gruyaert

Man Ray
Nationality: United States
Born: 1890 - Died: 1976
Born in Philadelphia, Emmanuel Radnitsky grew up in New Jersey and became a commercial artist in New York in the 1910s. He began to sign his name Man Ray in 1912, although his family did not change its surname to Ray until the 1920s. He initially taught himself photography in order to reproduce his own works of art, which included paintings and mixed media. In 1921 he moved to Paris and set up a photography studio to support himself. There he began to make photograms, (…)
All About Man Ray

Dianne Yudelson
Nationality: United States
Dianne Yudelson is an award winning photographic artist and master of the New Eclecticism Photography. Her work has been exhibited in Malaysia, France, Thailand, and throughout the USA. Dianne is a 2013 Critical Mass Finalist and a Julia Margaret Cameron Award winner in documentary, as well as street photography. Recent 2013 exhibitions include the Natural History Museum in San Diego California, National Geographic Museum as part of FOTODC, The FENCE 2013 and 2014 in Boston (…)
All About Dianne Yudelson

Beckett Hornik
Nationality: United States
Born: 2002
Beckett was born and lives in the San Francisco Bay Area. He began photographing in sixth grade when he decided to pick up a film SLR camera as an alternative way to capture moments throughout his early teen years. His interest in photography grew during his middle school period. He explored the photos of many masters of photography and found inspiration in the California and Bay Area art scene. He also became interested in fashion and art magazines at this time. Beckett’s (…)
All About Beckett Hornik