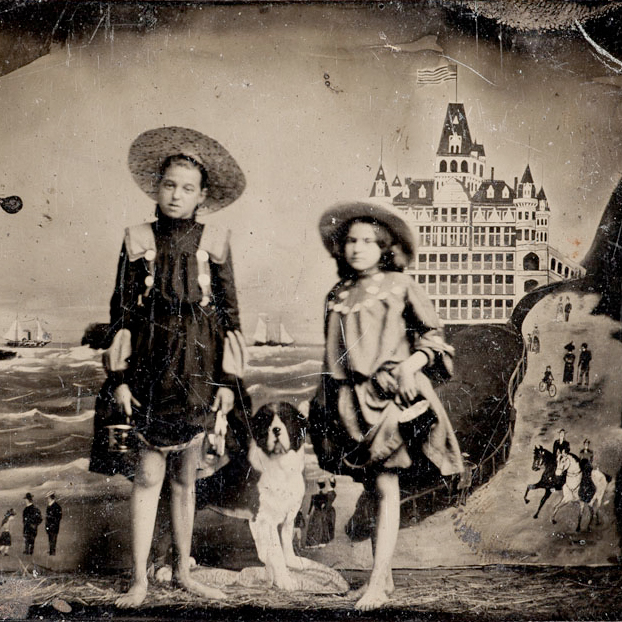 The invention of photography comes from a long line of discoveries that happened centuries earlier. Significant advances in optics and photochemistry happened mainly in the 17th and 18th centuries while the development of a reliable device for recording light, was made possible at the beginning of the 19th century.

The history of photography is part of a larger global movement, the industrial revolutions, which resulted in successful technical progress that changed production and application methods.

Photography can be defined as a physico-chemical reproduction process which uses an optical device and a sensitive material whose physical or chemical properties are modified by the absorption of light.

The invention of photography in itself takes two distinct paths with improvements in:

- optics, which makes it possible to transform the camera obscura, initially intended for drawing, into a camera device;

- photochemistry, which developed materials sensitive to light. In 1614, the Italian chemist Angelo Sala discovered that silver nitrate blackened when exposed to light. In 1727, the German John Heinrich Schulze published the first study on the subject and obtained ephemeral images using stencils.

So what are the historical photographic processes?
We will divide them into 3 categories:

Processes based on the light sensitivity of silver salts
The salt process (salted paper prints) 1830s-1860
First positive printing process by contact on paper.
Depending on the sizing (gelatin, albumin, starch) and sometimes the salting, the result is more or less matte.
Orange-brown in color, it can be turned to gold from 1840, which gives it cooler tones.
A single-layer process: the image being taken in glued rag paper, it is not precise at the level of details (no binder).

While on his honeymoon in Italy, William Henry Fox Talbot, the English inventor famously attempted sketches with the aid of a camera lucida, a drawing device used by travelers to record landscape views. His confession of failure has become legendary in histories of photography:

One of the first days of the month of October 1833, I was amusing myself on the lovely shores of the Lake of Como, in Italy, taking sketches with Wallaston's camera lucida, or rather I should say, attempting to take them: but with the smallest possible amount of success. For when the eye was removed from the prism-in which all looked beautiful-I found that the faithless pencil had only left traces on the paper melancholy to behold. After various fruitless attempts, I laid aside the instrument and came to the conclusion, that its use required a previous knowledge of drawing, which unfortunately I did not possess.

Back home, Talbot resolved to find a way to produce images by optical and chemical means alone, without the aid of any one acquainted with art or drawing. He made what he called sensitive paper for photogenic drawing by wetting a sheet of writing paper with a weak solution of ordinary table salt (sodium chloride), blotting and drying it, then brushing one side with a strong solution of silver nitrate. This produced a tenacious coating of silver chloride in an especially light-sensitive chemical condition. The paper darkened where it was exposed to light. When the darkening was judged to be sufficient, the exposure was ended and the result was stabilized by applying a strong solution of salt, which altered the chemical balance and made the paper only slightly sensitive to additional exposure. In 1839, washing with a solution of sodium thiosulfate (hypo) was found to be the most effective way to make the results truly light-fast.

The salt print process is often confused with Talbot's slightly later 1841 calotype or talbotype process, in part because salt printing was mostly used for making prints from calotype paper negatives rather than live subjects. Salted paper typically required at least an hour of exposure in the camera to yield a negative showing much more than objects silhouetted against the sky. Gold toning of the salted paper print was a popular technique to make it much more permanent.

The salt print positive process was the main positive photographic process used for salt print negatives from 1835 to February 1841.

How to make salt prints?
More information here and here 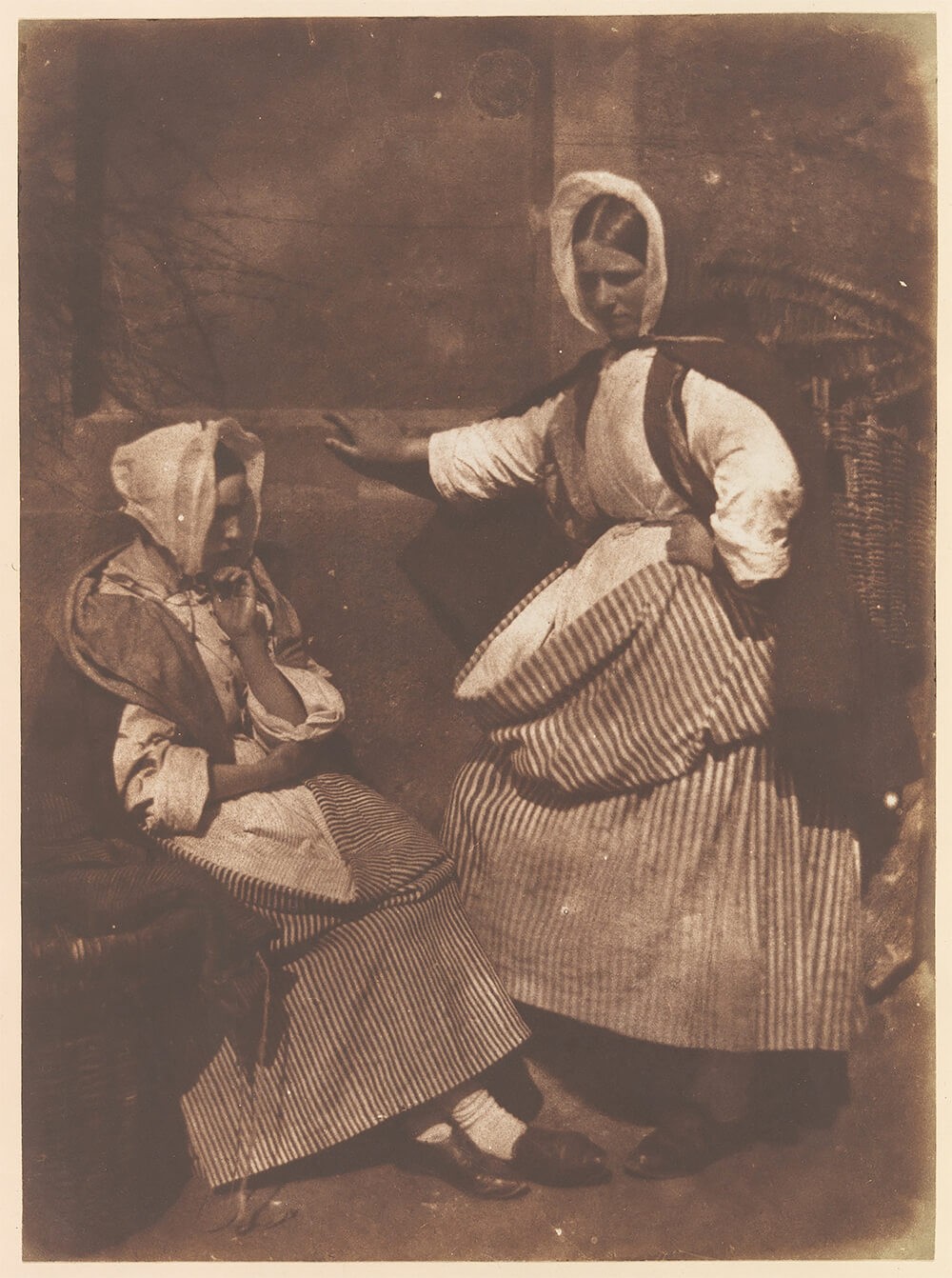 The albumen process (1850s–1900)
The use of albumin (or egg white) in photography had already been suggested by Niépce de Saint-Victor in 1847, but it was quickly replaced by the use of gelatin. The albumen process for photographic prints is therefore considered to have been invented in 1850 by Louis Désiré Blanquart-Evrard (1802-1872).

On May 27, 1850, he presented his method to the French Académie des Sciences and then published it in the scientific journal Compte rendus des séances de l’Academie des Sciences (1850).

From a technical and chemical point of view, it is more or less the same process as salted paper. The final rendering, on the other hand, is more satin and more detailed, the albumen blocking the pores of the paper and thus preventing the image from sinking into the thickness of the paper. The process produces a purple/redish to brown image. Albumen photographs are almost always yellowed in the lighter parts, because of the ageing of the binding agent itself: egg white.

In the old guidebooks it was recommended to use eggs from old hens because the albumin thus produced was more fluid and more adhesive, and that the product must also be left to ferment for at least two weeks before use. 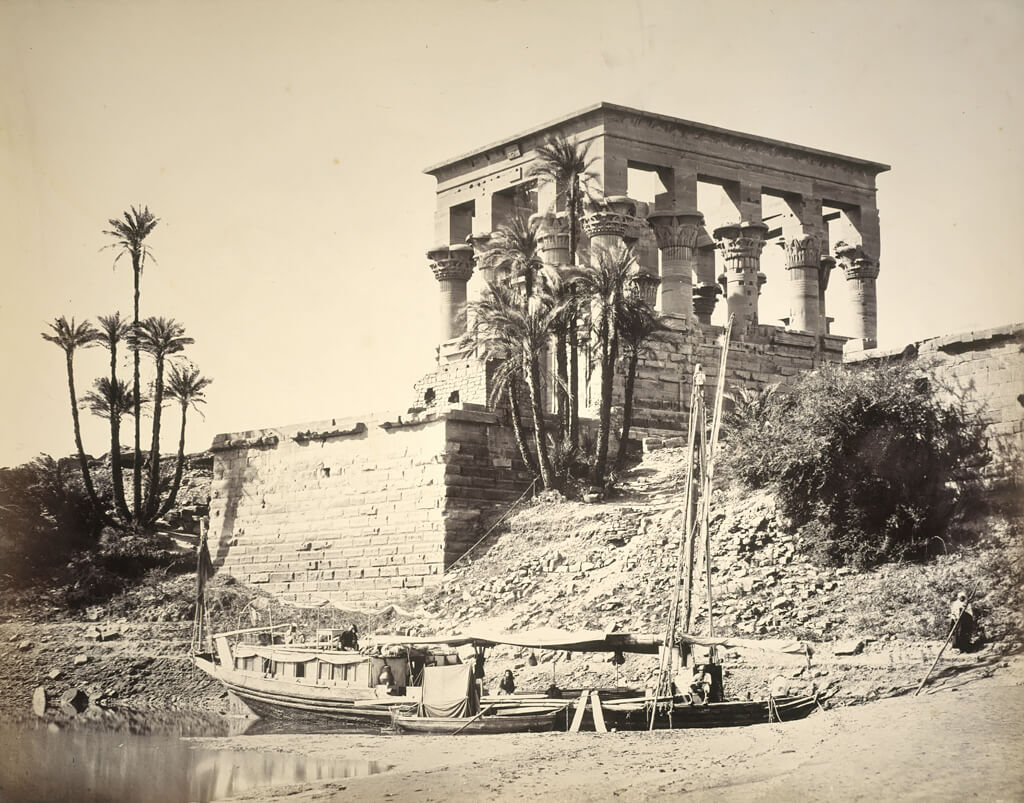 Collodion papers (Aristotypes 1860s -1930)
Not to be confused with the wetplate or wet collodion process !

There is no clear inventor of collodion-on-paper photography. Instead, a series of inventors was responsible for the development and introduction of the process, from early tests and experiments to practical, industrially produced photographic material. Among them are Marc Gaudin (1853), William Henry Fox Talbot (1854), G. W. Simpson (1865), Jean Laurent and José Martinez-Sanchez (c. 1866), and J. B. Obernetter (1867–68).

Because of their strong tendency to curl, most glossy collodion photographs were mounted on solid matte board. These photographs may have an entire range of colors, from light brown to dark black-violet, based on whether they were toned.

Silver chloride is held in a binding medium consisting of a mixture of collodion and camphor. Collodion is cellulose tetranitrate dissolved in ether and alcohol. On a paper base, the binding agent containing silver chloride (the emulsion layer) is covered with a layer of barium sulphate with gelatine. The image is formed by fine particles of silver in the layer of binding agent, and as with other contact processes. The surface may be either glossy or matte (by incorporating particles of starch into the collodion-silver halide emulsion). 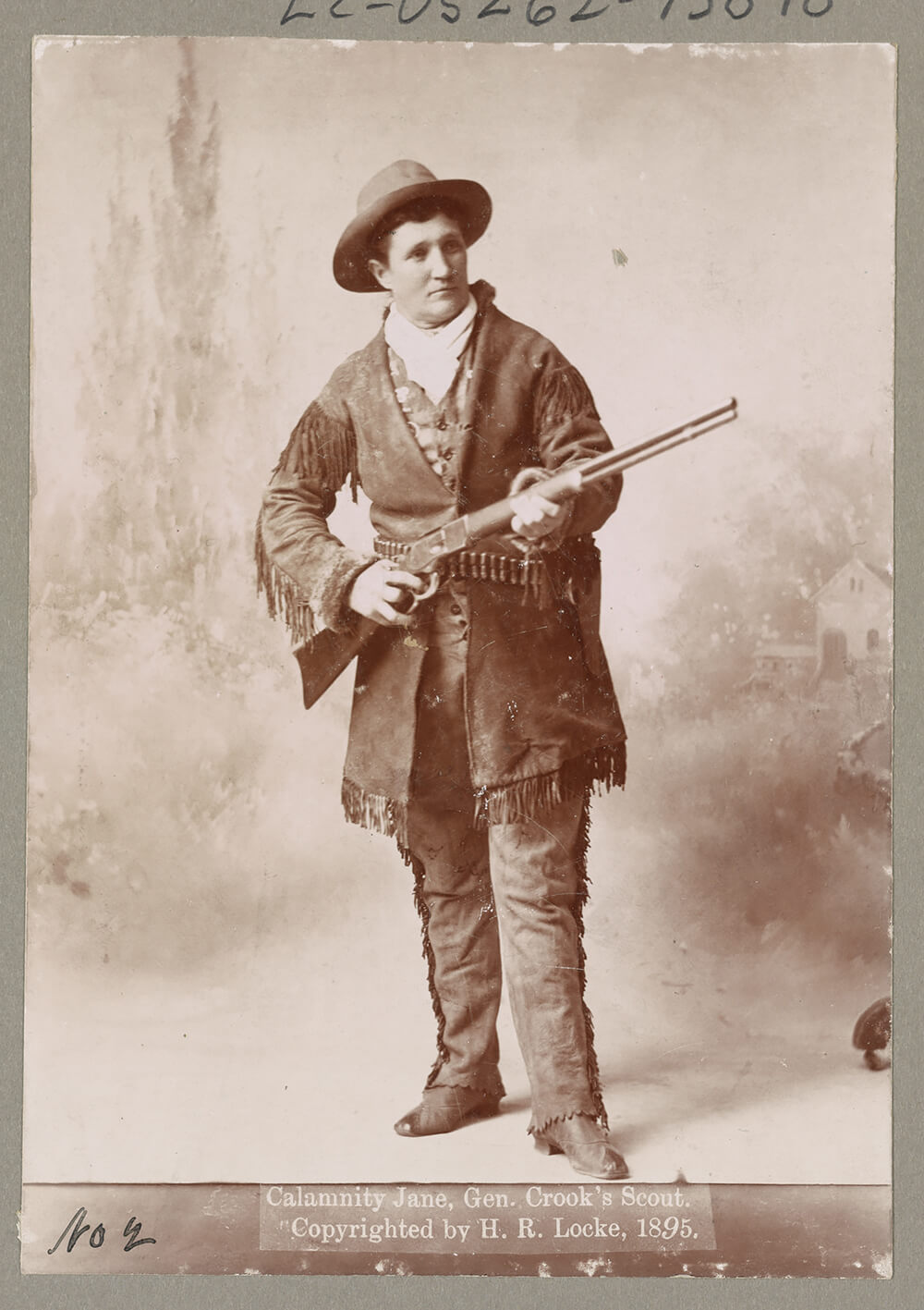 Gelatine papers (Aristotypes 1880s - 1990)
Like his predecessor the Collodion paper, this process offered many improvements to the photographic practice. It quickly seduced amateur photographers, because it was ready to use, had increased sensitivity and better conservations. For all those reasons, during the 1880s this process gradually supplanted the use of albumen paper.

Gelatine papers are part of the three-layer process: a paper layer, a layer of baryum sulphate in gelatin and finally a layer of emulsion containing silver chloride suspended in a binder. The use of a baryta layer applied between the paper and the emulsion makes it possible to achieve purer whites and increases the brightness of the image. Being hidden by the baryta layer, the paper fibres are no longer visible..

The gelatin aristotype, also known as P.O.P. (Printing Out Paper) gelatin silver chloride emulsion or citrate paper, was introduced in 1882 by the Englishman William de Abney and was mostly used by amateurs. The beginnings of its industrial production date back to 1884.

In France this technique was developed from 1892 with the marketing of "Aristo" paper by the Lumière brothers. At the same time, P.O.P. and "Solio" paper were being marketed by the companies Ilford and Kodak respectively. This process was hugely successful until around 1940. These papers were not very sensitive but offered very good definition. They could be glossy or matte and ranged from warm brown to black tones.

Aristotypes gradually disappeared from the 1920s onwards following the introduction of developing out processes which reduced exposure time and removed format constraints related to contact printing. However, the companies Kodak and later Guillemot in particular continued to produce aristotype papers until the 1990s. 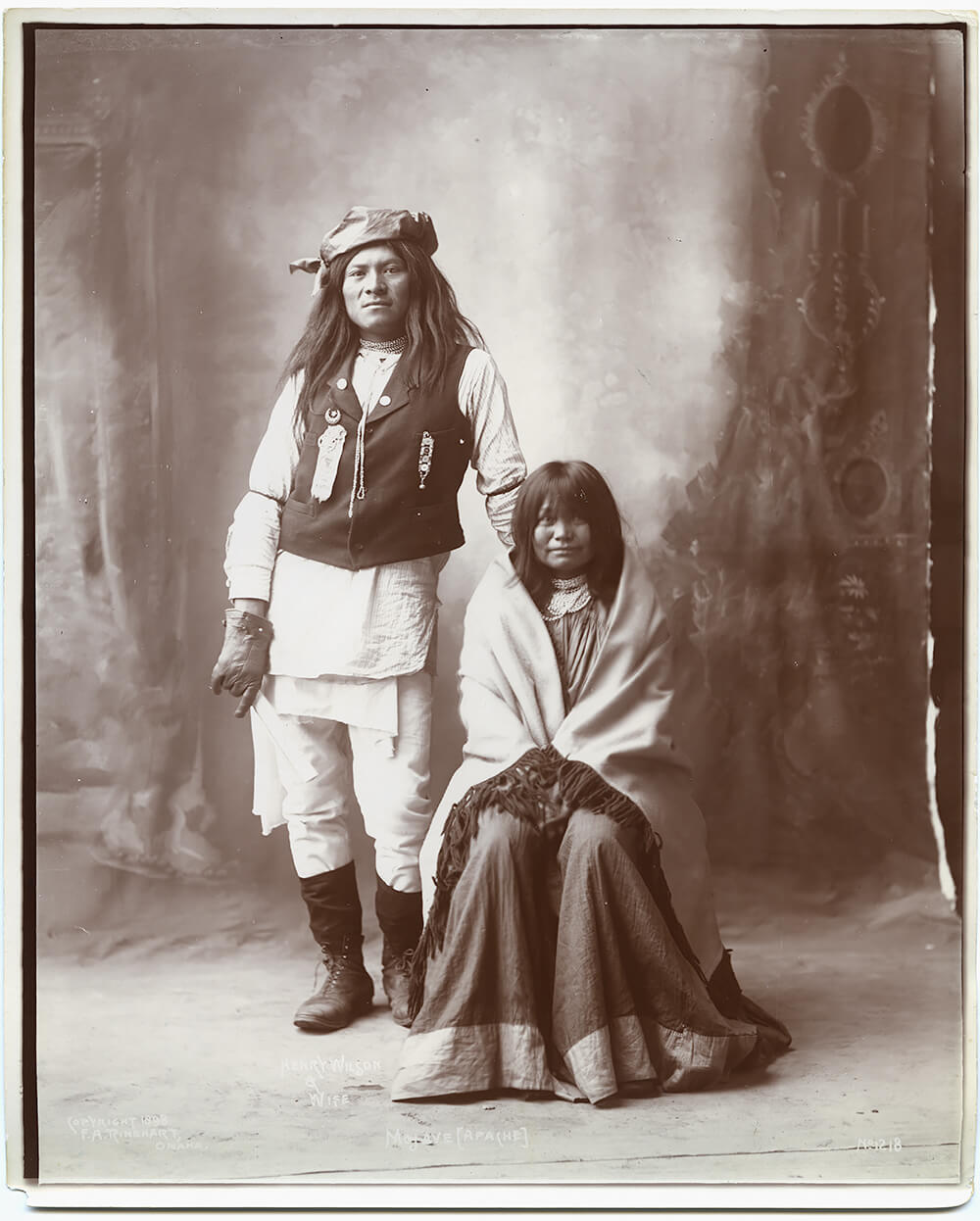