Josephine Sacabo: Those Who Dance

Posted on October 03, 2020 - By A Gallery for Fine Photography
Share 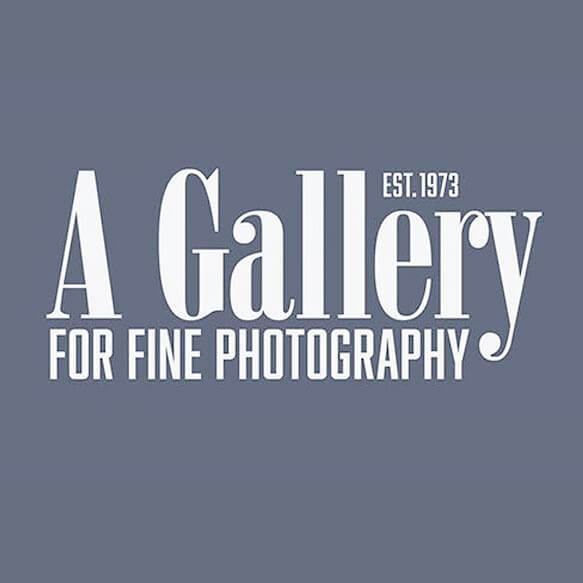 A Gallery for Fine Photography is pleased to present THOSE WHO DANCE, a new collection of twenty-one 25 x 19 hand-pulled photogravures printed on Japanese kozo by contemporary artist Josephine Sacabo. THOSE WHO DANCE tells the story of Nahui Olin, an incomparable woman born into and later expelled from Mexico's high society in the early 20th century, who was both artist and muse to the likes of Diego Rivera and Edward Weston. Sacabo's images embody the mystery and otherworldly quality of their subject, a woman who refused to capitulate to the boundaries of her societal milieu and was punished severely for it. Sacabo recasts this injustice as a moment of triumph - her photographs express the beautiful, joyful abandon in dancing to the music of one's own soul.


THOSE WHO DANCE
...those who dance were called insane by those who could not hear the music - NIETZSCHE

This series is an homage to Nahui Olin (b. Carmen Mondragon), the muse, artist, poet, social rebel and great beauty of Mexico in the 1920s - a woman who mesmerized the artists of the period - Diego Rivera, Dr Atl, and Edward Weston, among others - with her extraordinary beauty, her intelligence, and her extravagant, uninhibited behavior. 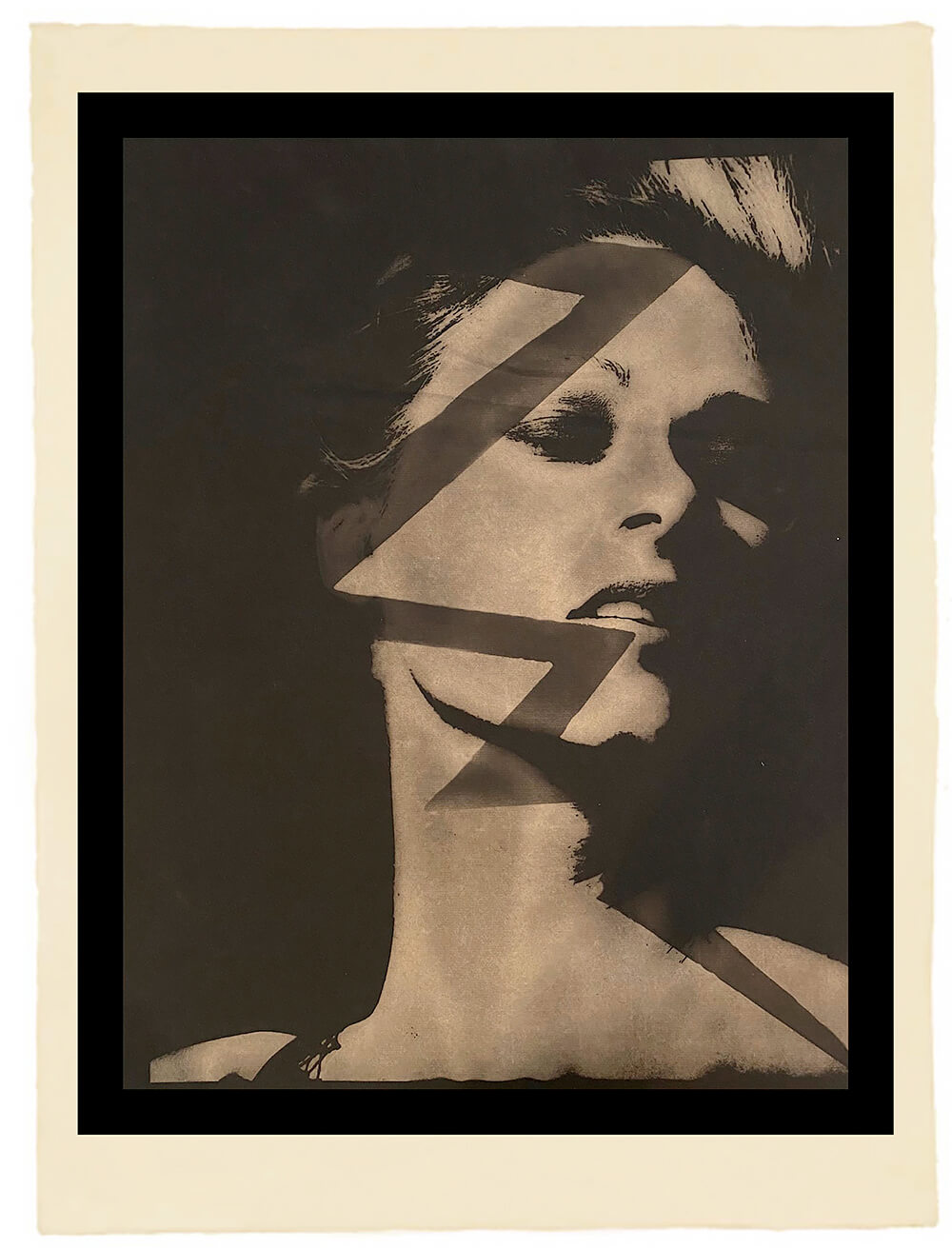 a precocious free spirit who believed in the power and the beauty of herself as a woman.
a woman who considered her body the shape of her spirit and refused to hide it.
a woman who loved passionately and to extremes.
a woman whose tempestuous and tormented 5 year love affair in a ruined convent with Dr. Atl, famed painter and volcanologist , became the scandal of the day. He was to refer to her henceforth as ‘mon dragon' (my dragon).
a woman who lived her sexuality freely and without prejudices.
a woman who bowed to no man or woman and courageously lived her life as she saw fit.
a woman who loved art, poetry, sex, cats, flowers, Paris, the sea and the sun.
a woman whose eyes spoke volumes.
a woman of poetic delusions.
a woman who took the sun in as her lover every morning, carried him through the streets of Mexico City and laid him to rest at the end of each day.
a woman who daily visited her young blind niece to read Cervantes, Victor Hugo, Alexander Dumas and Voltaire to her.
a woman who at the death of her last great love withdrew into sadness, poverty and solitude.
an old woman who with her small government pension fed all the stray cats in the Alameda park of Mexico City.
a woman who having been born into the wealthy conservative Mexican aristocracy was shunned by her family andosupported herself - beholden to no one - for the rest of her life.
a woman whom the social elite declared insane and thereby erased. 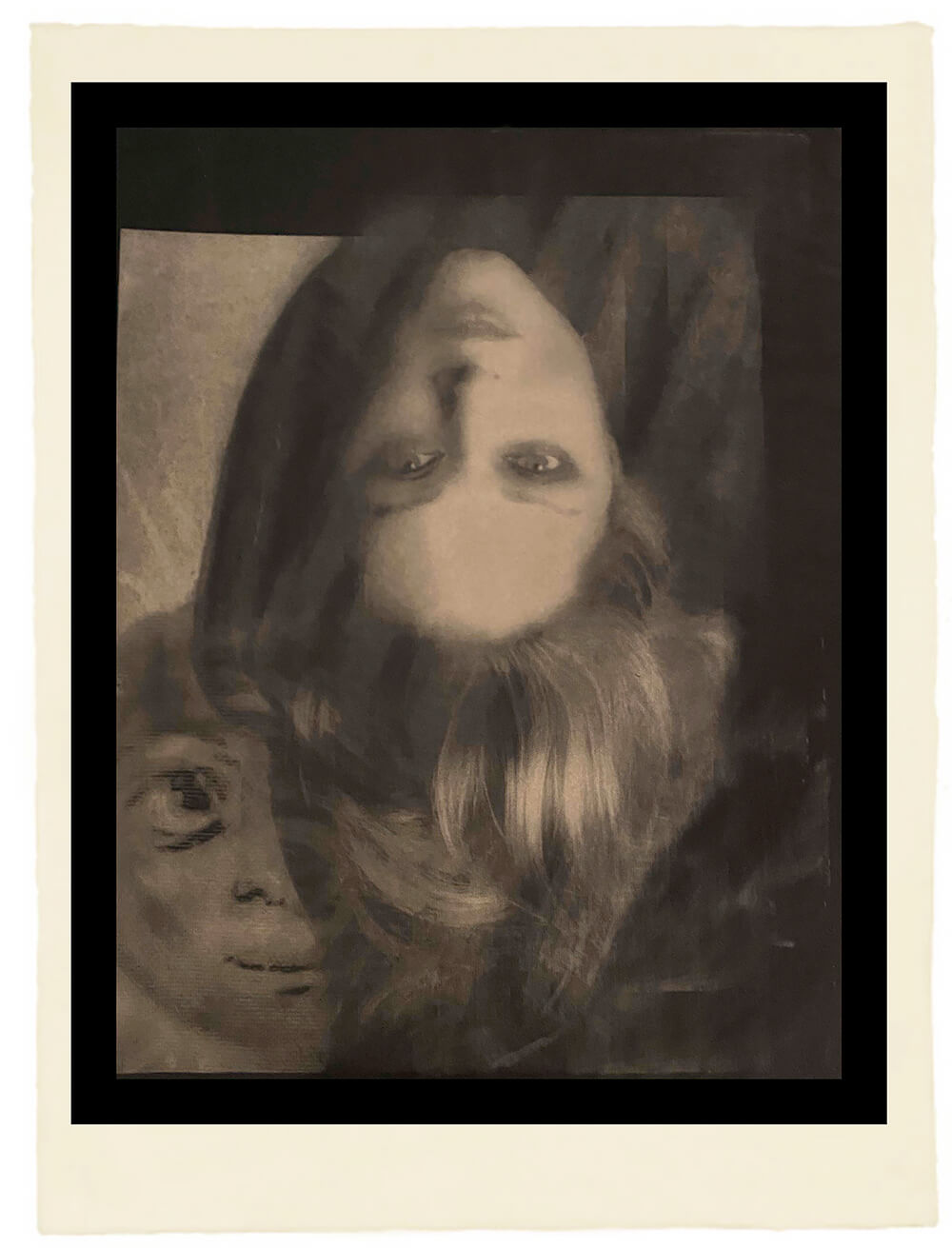 About the artist:
JOSEPHINE SACABO divides her time between New Orleans and Mexico. Both places inform her work, resulting in imagery that is as dreamlike, surreal, and romantic as the places that she calls home. Using alternative and traditional techniques, her photography has been featured in gallery and museum exhibitions in the U.S., Europe and Mexico. Sacabo has been the recipient of multiple awards and is included in the permanent collections of the George Eastman House, the International Center of Photography, the Metropolitan Museum of Art and la Bibliothéque Nationale. 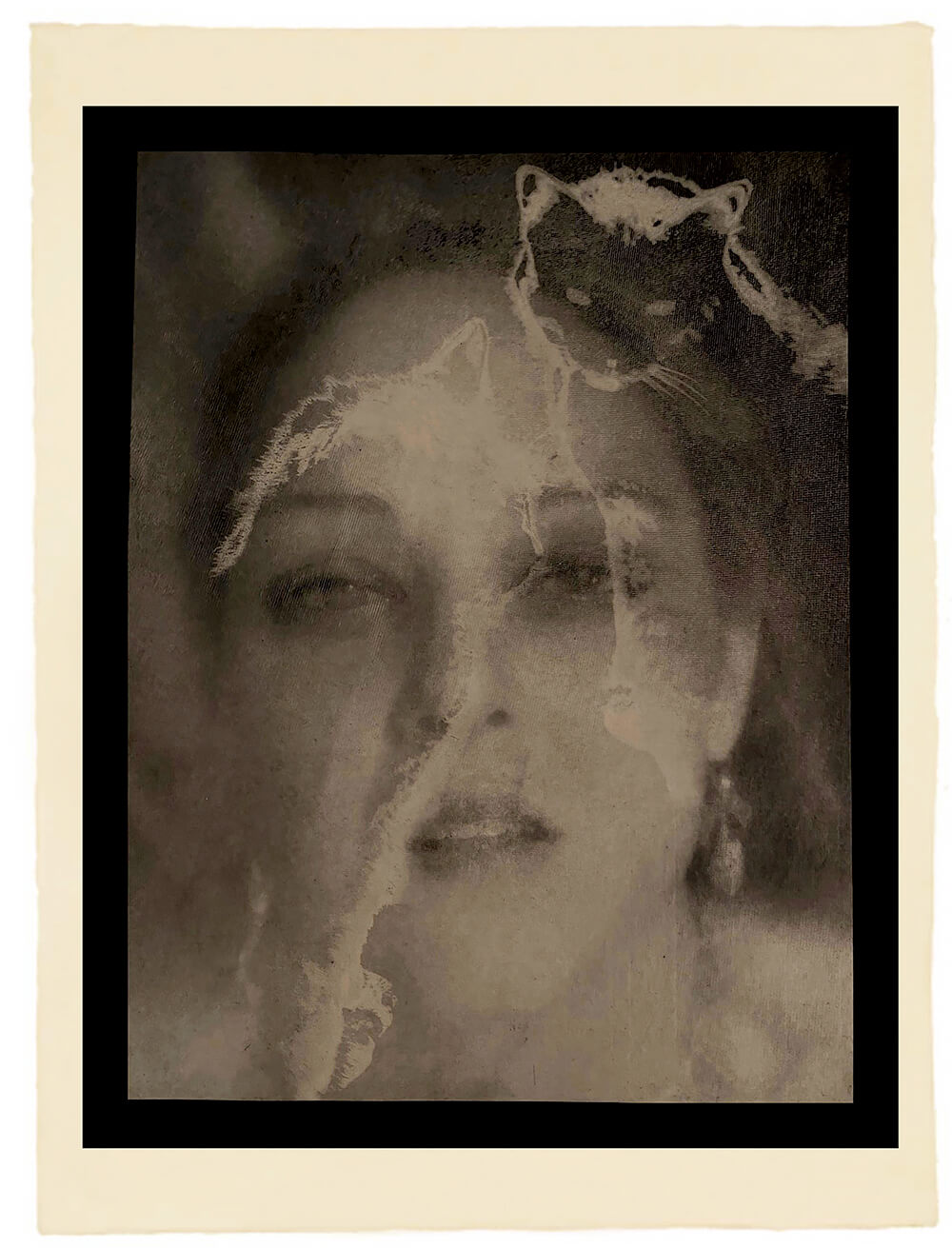 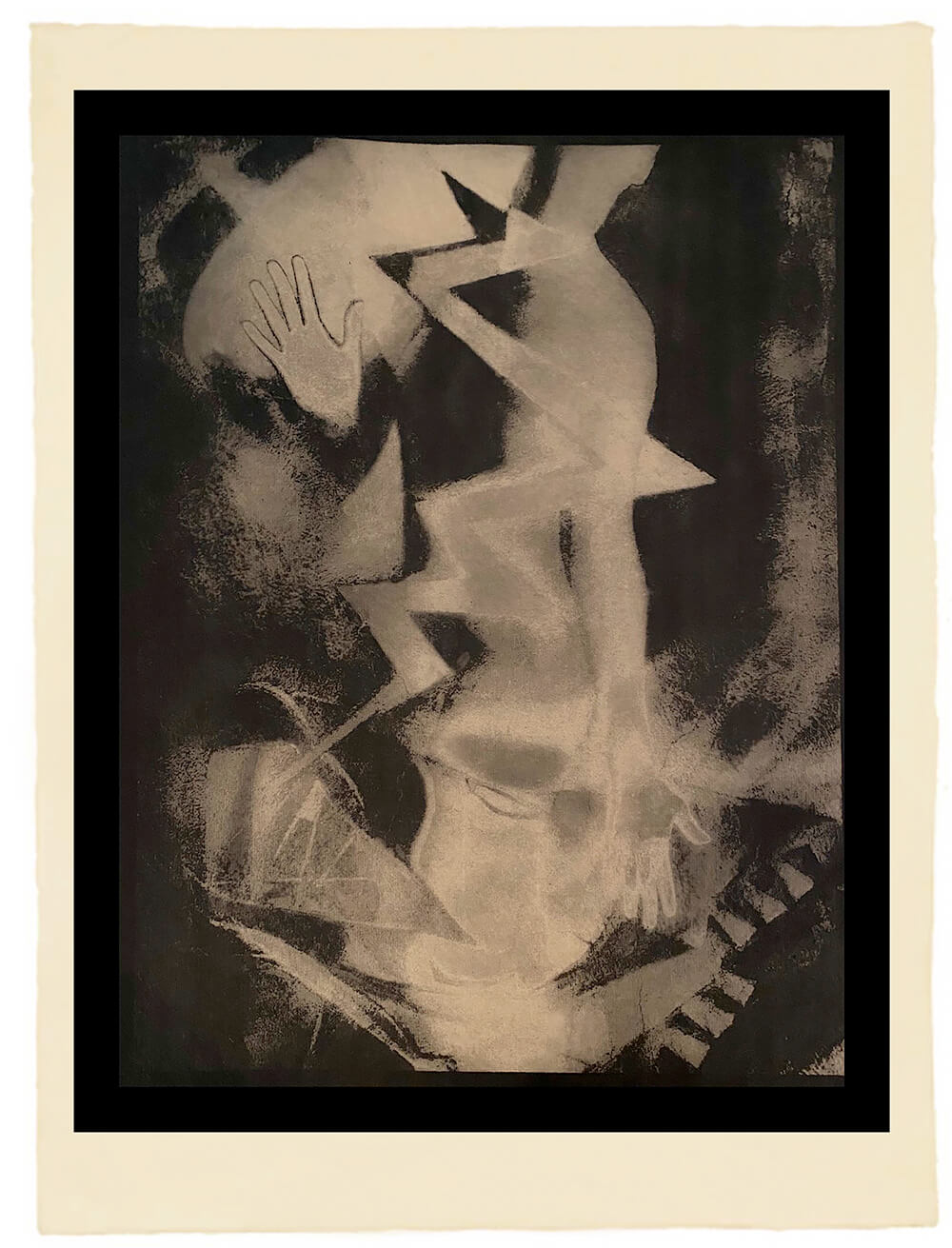 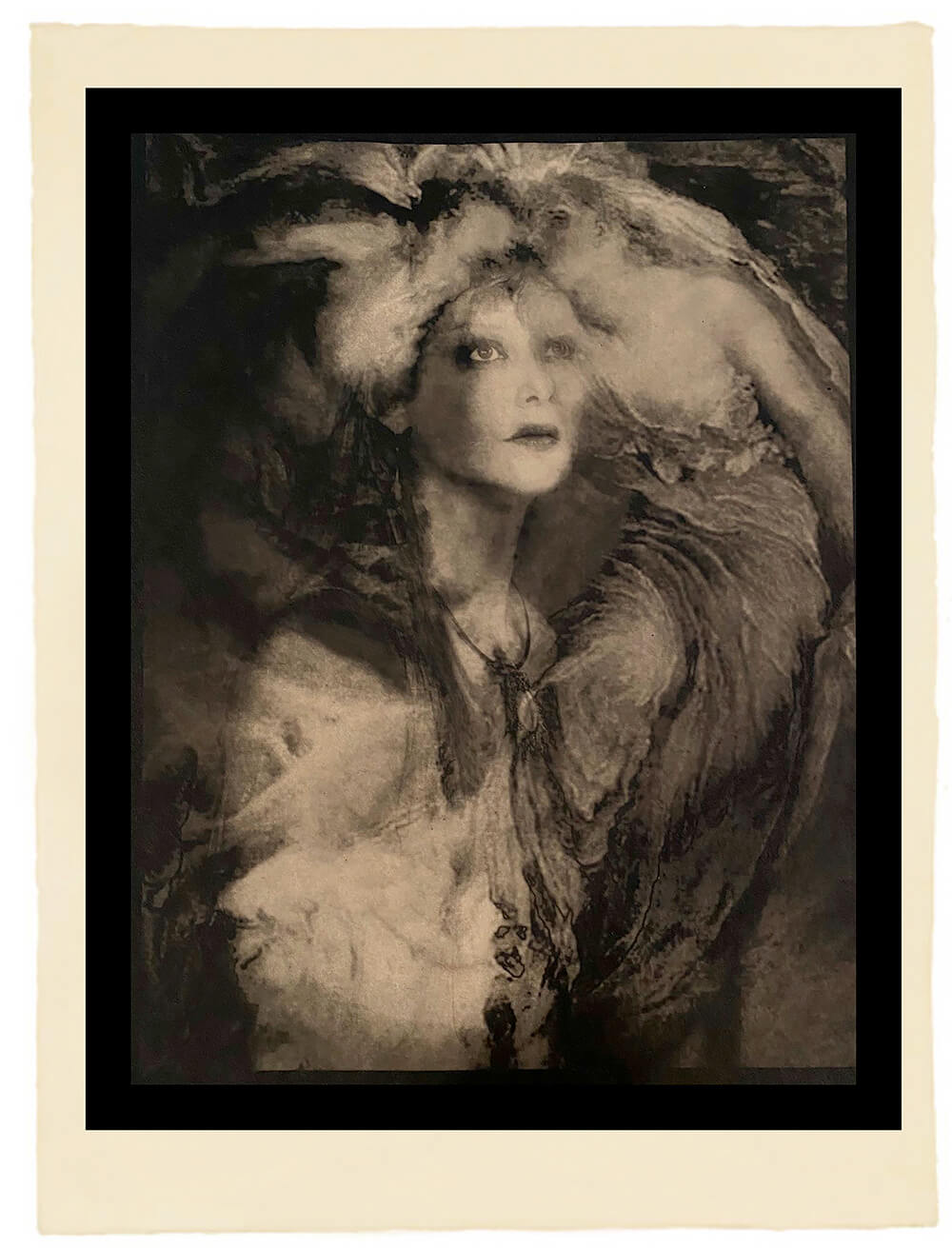 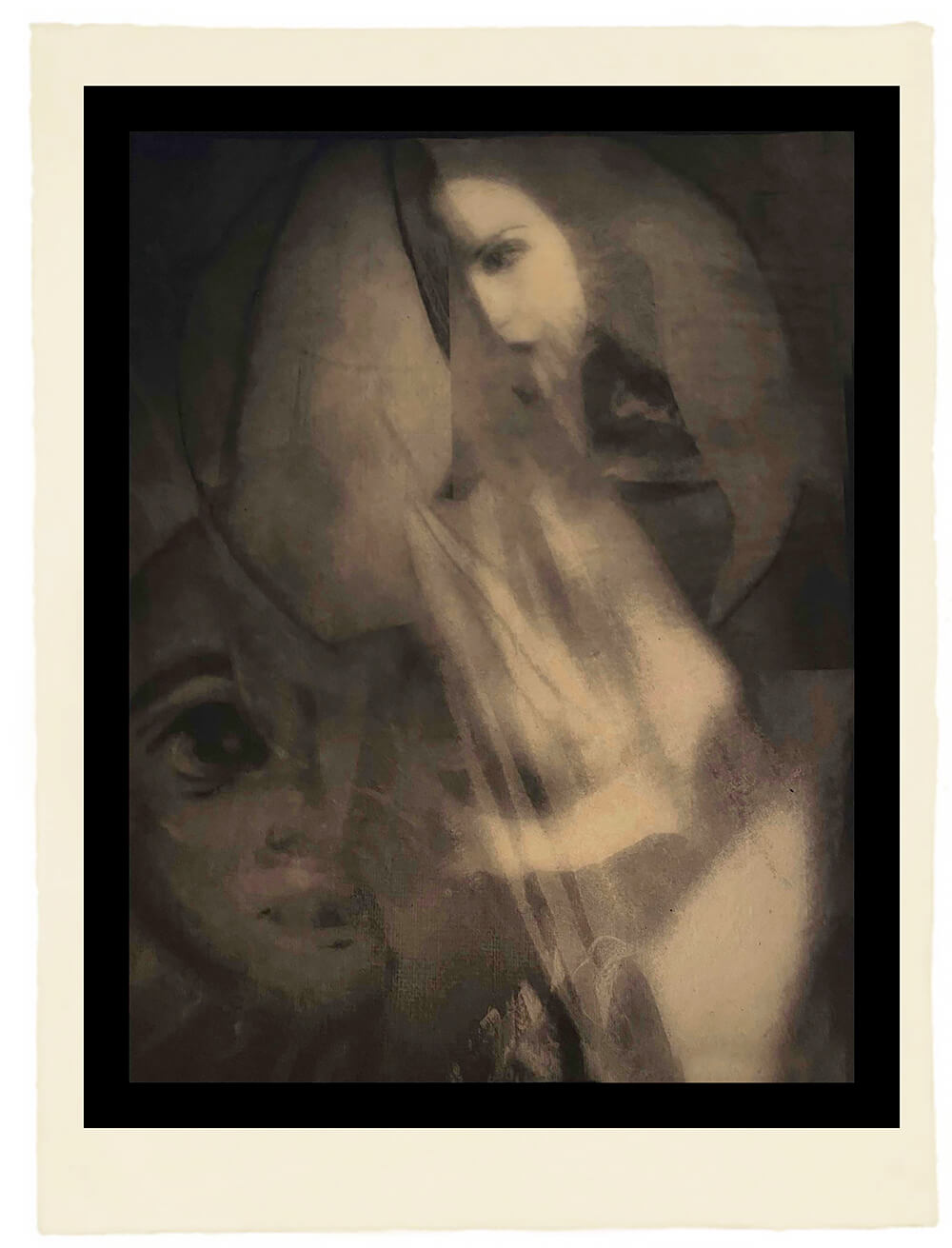