Photographers and Their Cameras: Part 1 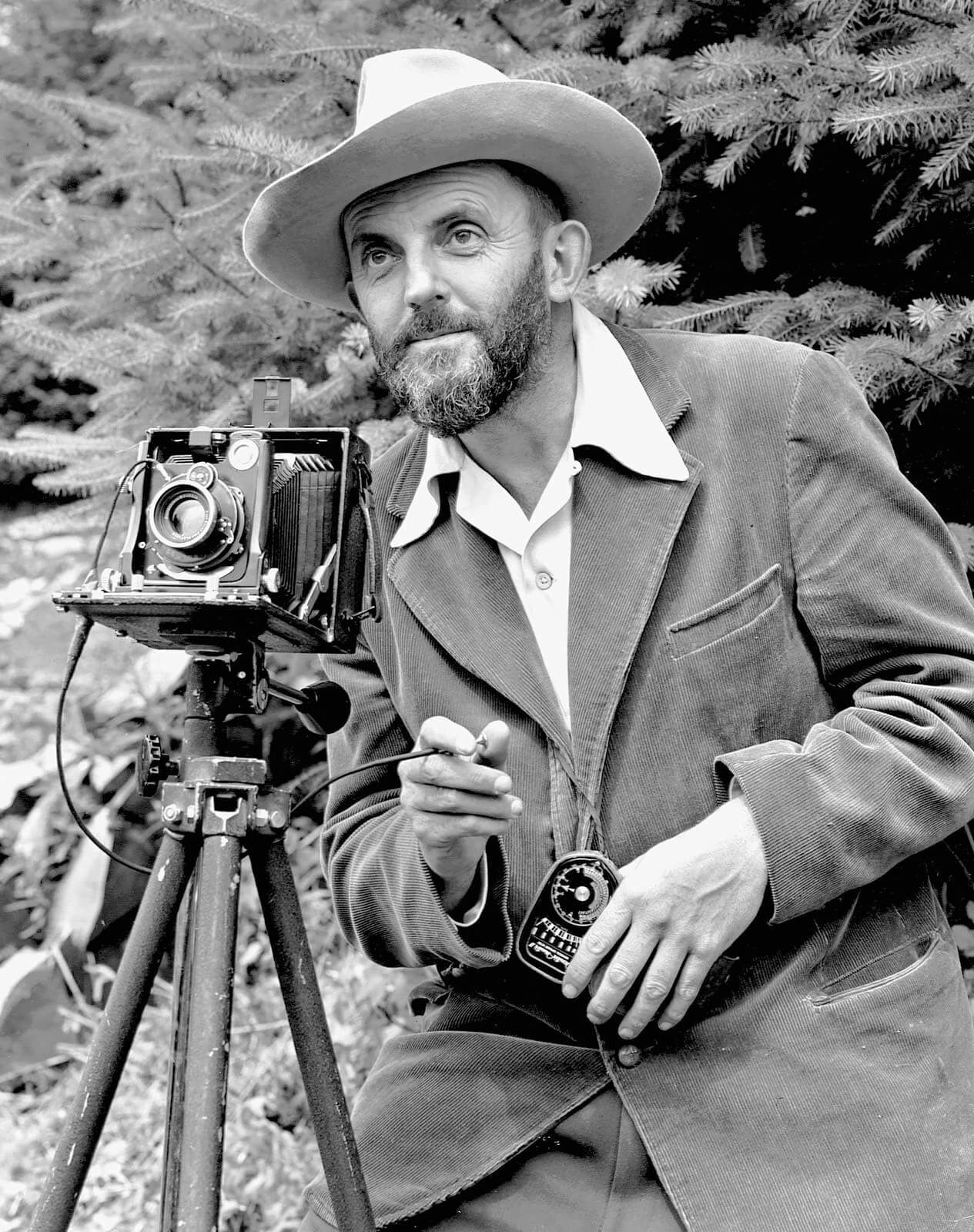 Ansel is probably the most iconic of the American photographers on this list. Ansel Adams was known for his landscapes of the American West, and as the co-creator of "The Zone System." From the beautiful rock faces of El Capitan to Oxbow Bend, Ansel used a Box Brownie #1, a Zeiss Milliflex, a 6-1/2 x 8-1/2 glass plate camera and a 4×5 camera.
2 - Eugene Atget 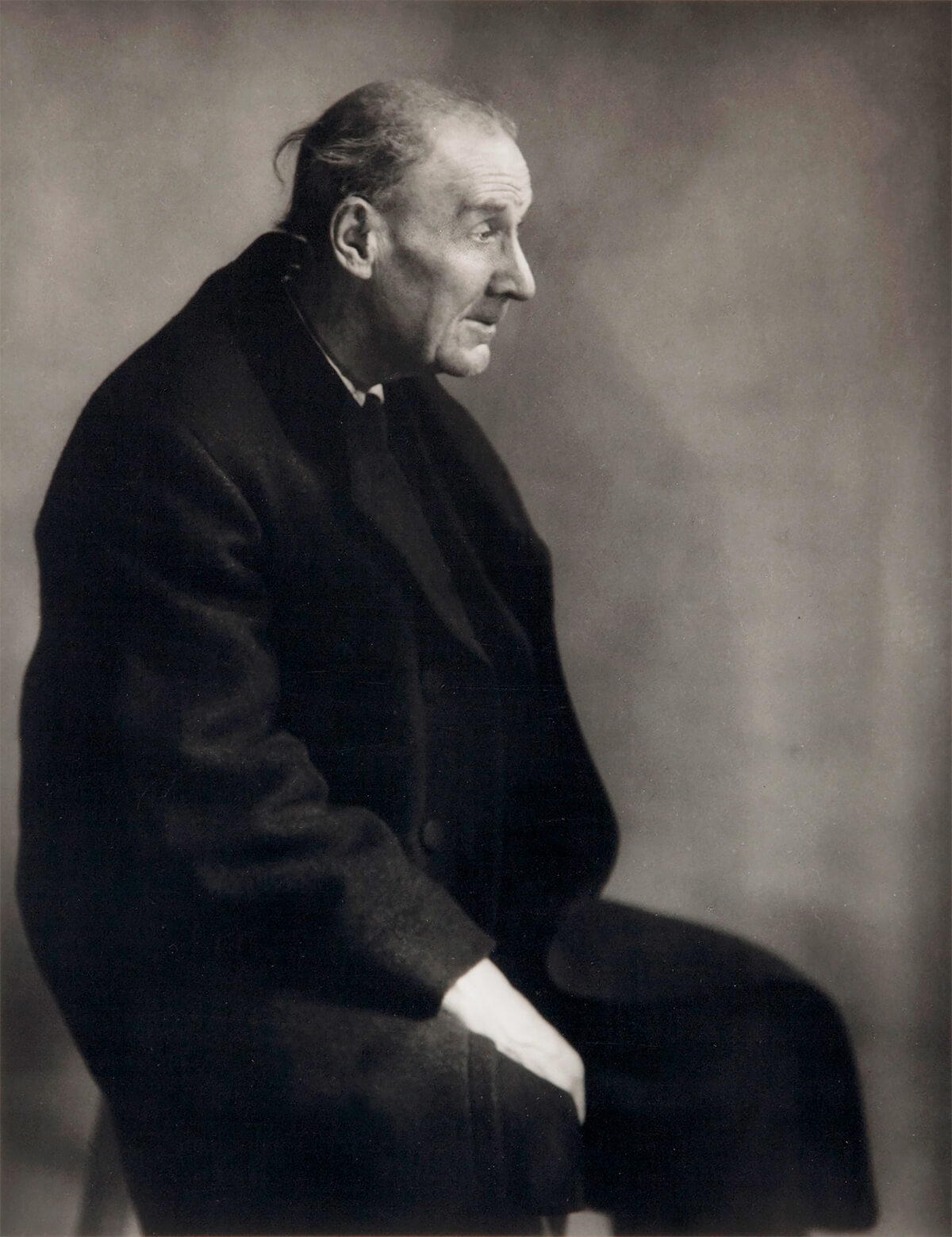 French photographer Eugene Atget was ahead of his time, and this is why he was never really "discovered." Atget is the pioneer of documentary photography, but his photography was more than documentation. He may not have thought that way about his photographs (no one really did at that time), but take one look and you'll see how beautifully he captured his quintessential France. Atget used a large-format box camera on a tripod with 180×240mm glass negatives.
3 - Edward Weston 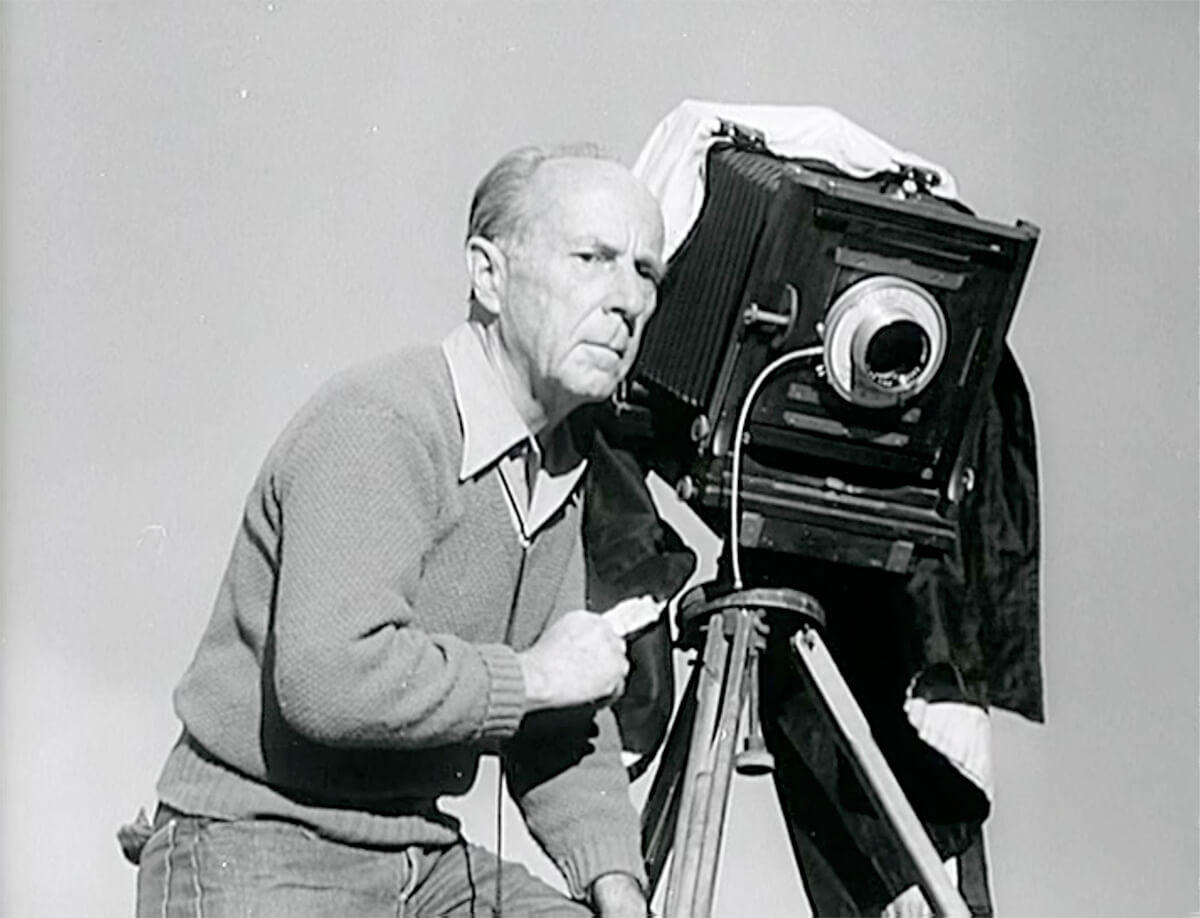 American photographer Edward Weston still remains to this day one of the most famous and influential photographers of all time. Weston was best known for his nudes, landscapes, and making simple objects like bell peppers and a nautilus into beautiful art. A lot of critics considered his work to be teeming with sensuality and sexual undertones, but regardless, his master works still hold up as some of the most beautiful images ever taken. Weston used a 3Ľx4Ľ Graflex, a 4×5 RB Auto-Graflex, and an 8×10 Eastman View Number 2D.
4 - Minor White 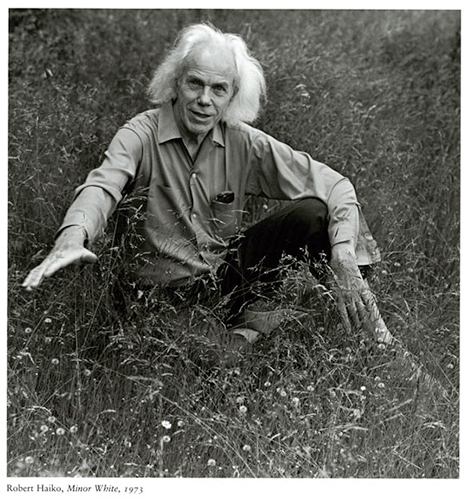 Minor White's work represented a spiritual and religious connection, and he was a trailblazer that tried reconcile the photographic medium with his spirituality. White was deeply influenced by his own spiritual nature, and his work was full of symbolic and metaphorical undertones. Minor was obsessed with how his photographs were seen by people, and was someone that tried to reconcile his photographs with different philosophies. White used a Zeiss Ikonta camera and a 35mm Argus.
5 - Henri Cartier-Bresson 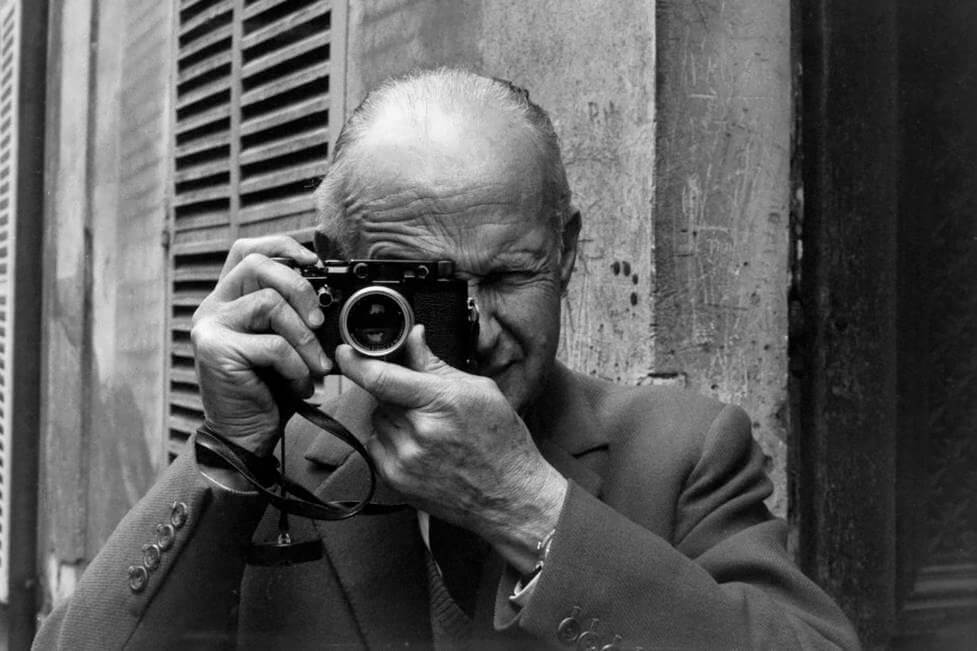 Henri Cartier-Bresson is a French photographer that most people consider the "Father of Photojournalism," because he always perfectly captured candid moments. He would compose his shot and wait for what he called the "Decisive Moment." Cartier-Bresson was completely drawn to the small and discrete nature of his Leica 35mm cameras, because they allowed for him to be a silent witness to capture wonderfully unique moments.
6 - Dorothea Lange 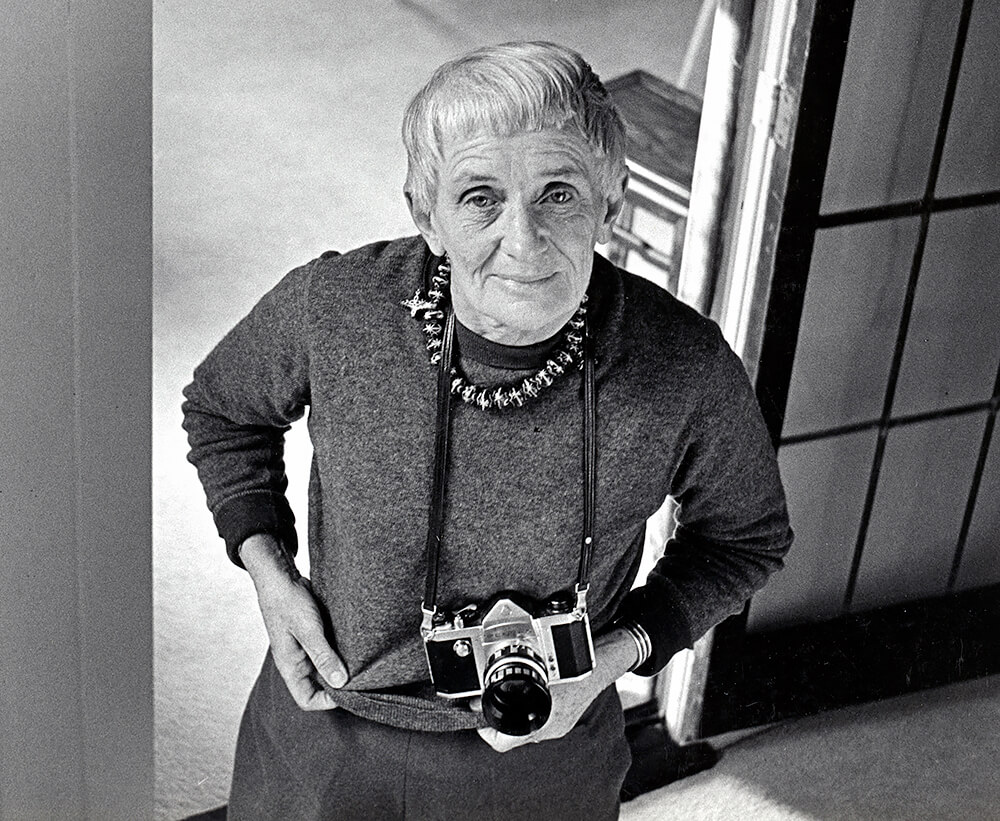 Dorothea Lange made one of the most iconic photos in history with her image of a Migrant Mother during The Great Depression. Dorothea was a true photojournalist who used her style of reportage to show America during one of the hardest times in our history. Dorothea made her images with a Graflex Series D SLR.
7 - Robert Frank 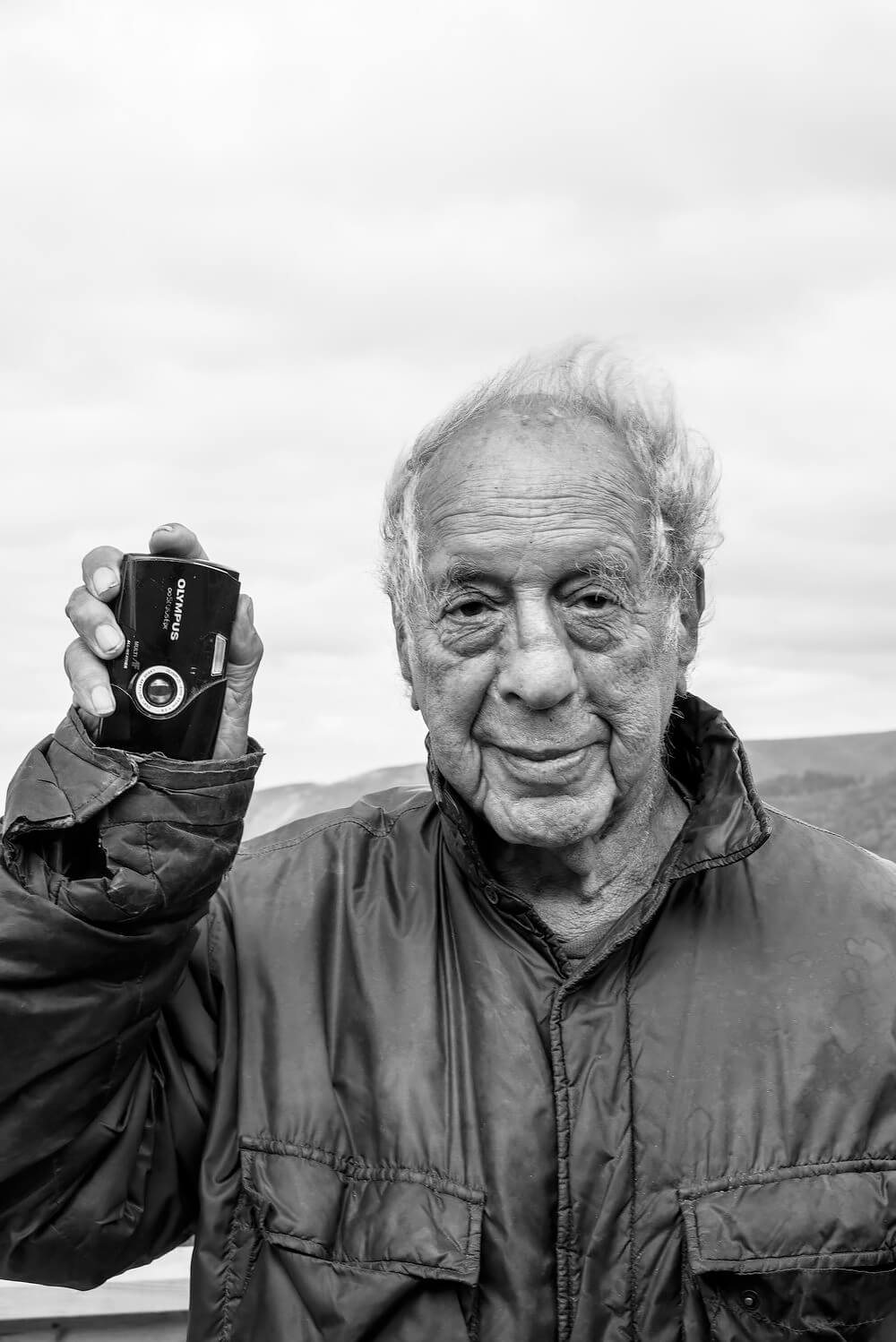 Robert Frank was a Swiss-born photographer most noted for his highly controversial photography book, "The Americans." Frank captured the seedier side of American culture shooting transvestites, drug addicts, and captured segregation during a time when photography was supposed to be 'wholesome.' He unveiled this photographic essay which angered many people, especially in the art establishment, but over time his work became a masterpiece. Frank created this photographic essay with a Leica M.
8 - Yousuf Karsh 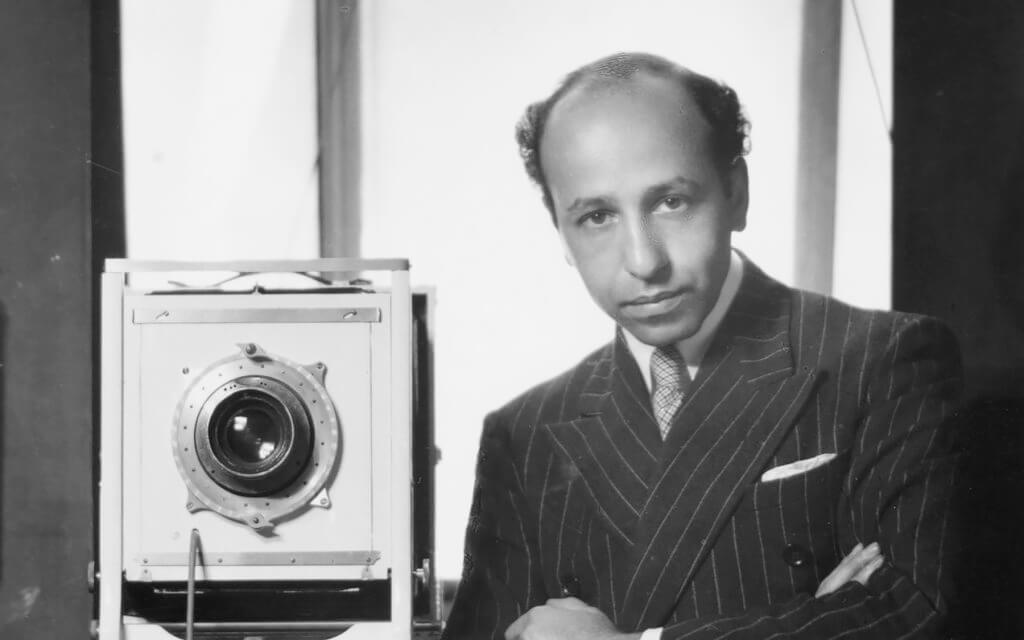 Yousuf Karsh will always be the master of the portrait. He is credited with shooting some of the most iconic portraits ever, including Winston Churchill, Ernest Hemingway, Albert Einstein and Fidel Castro. Yousuf was born in Armenia but his family quickly relocated to Canada. Karsh ended up in Boston where he had a prolific career creating portraiture that captured the spirit of American presidents, celebrities and important figures in history. Karsh shot these moments with a Calument C-1 8×10 field camera.
9 - Alfred Stieglitz 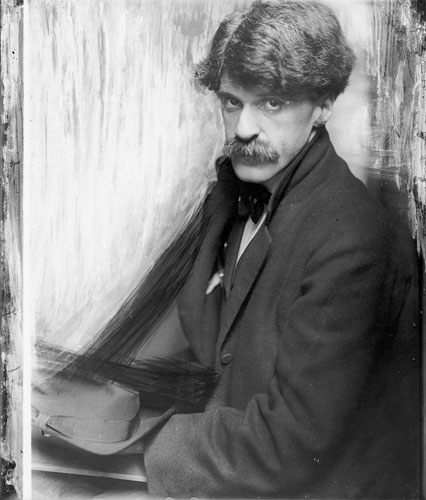 Alfred Stieglitz was an American photographer who was the first advocate of photography being an art. He was married to famous painter Georgia O'Keefe, and in his lifetime became the biggest proponent of photography being more than just documentation - in fact he is one of the reasons why our profession is seen as just more than snapshots. Stieglitz used an 8×10 plate film camera and a Folmer and Schwing 4×5 plate film camera.
10 - W. Eugene Smith 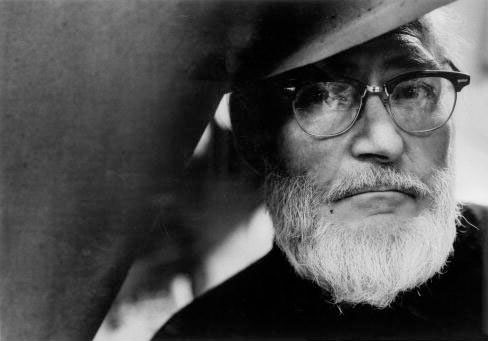 W. Eugene Smith was a war and documentary photographer. His photographs captured the humanity of his subjects even though he was in the crosshairs of hell constantly. Smith's most famous body of work was his images of being embedded with American troops during World War II. Smith's camera of choice was a Screw-mount 35mm Leica.