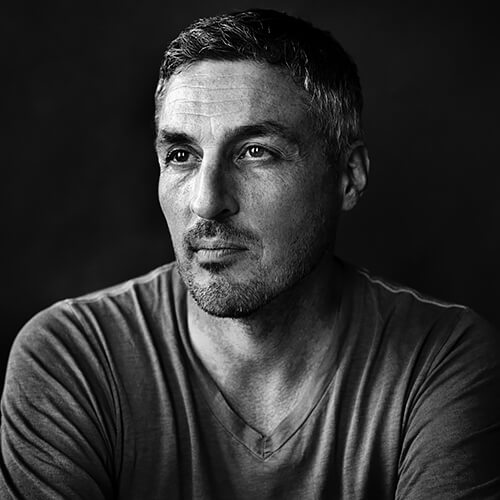 The 11th Carmignac Photojournalism Award - which focuses this year on the Democratic Republic of Congo (DRC) - was awarded to Canadian-British photographer Finbarr O'Reilly.

Finbarr O'Reilly's reportage began in January, before the pandemic dis- rupted our lives and the way we operate. Due to the swiftly worsening global health situation and the gradual closing of borders, Finbarr O'Reilly and the Award team-alongside members of the jury and the pre-jury for the 11th edition-re-conceived their approach, adapting the Award and the reportage to better cover the crisis we are experiencing.

With this in mind, the Fondation Carmignac is honored to present Congo in Conversation by Finbarr O'Reilly. It is a collaborative online chronicle which, through close cooperation with Congolese journalists and photographers (as well as journalists of other nationalities based in the DRC), will address the human, social and ecological challenges that the Congo faces today with this new health crisis.

Relaying information via a dedicated website and social networks, Congo in Conversation will provide an unprecedented stream of articles, photo reportages and videos. Updated regularly, it will enable readers to discover how the DRC is coping with this crisis and adapting to the realities that now shape all of our lives. Watch the official launch live on the Visa pour l'image Instagram account, airing Tuesday, April 28, 2020 at 6pm French time 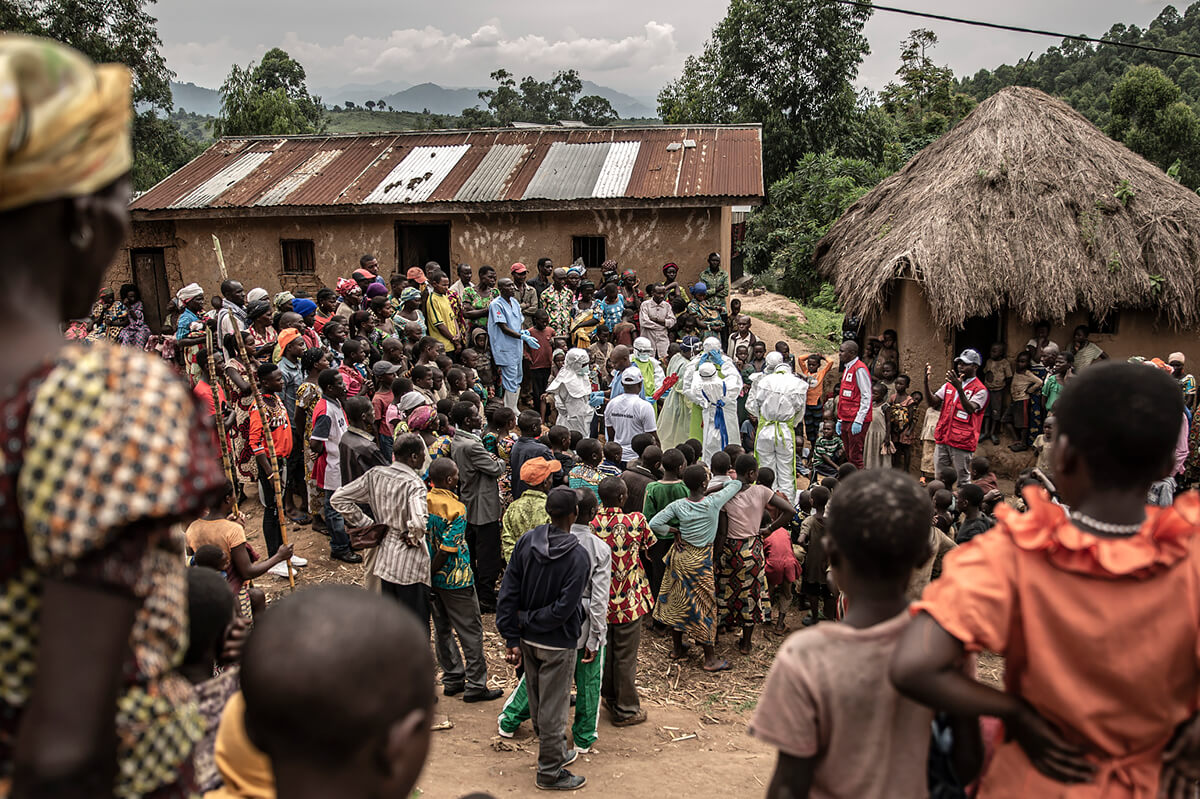 Neighbours and Red Cross safe and dignified burial workers in protective clothing gather outside the home of a family where an 11-month-old girl has died during Congo’s Ebola outbreak in the town of Rutshuru in Congo’s North Kivu Province, February 2020. © Finbarr O’Reilly for Fondation Carmignac

Congo In Conversation
The 11th Carmignac Photojournalism Award project will explore - with cautious optimism - the future of the Democratic Republic of Congo, documenting the harsh realities that have impeded progress in this long-exploited country. Within the con- text of the coronavirus pandemic, the project is turning its attention to how the Congolese are coping with the worst global health crisis in a century - in addition to managing the second-deadliest Ebola epidemic in history and the world's deadliest measles outbreak.

American hospitals and Italian villages are currently on the front lines of the global pandemic. But epidemiologists and public health experts say the coronavirus will soon spread south, engulfing low-income nations already plagued by fraying health-care systems, fragile governments, and impoverished populations for whom social distancing is nearly impossible.

The Fondation Carmignac will provide an outlet for Congolese voices to contribute to the global discourse. Due to this pandemic, some of the world's poorest nations are already confronting their greatest economic challenge in decades. According to the UN, nearly half of all workers throughout the African continent could lose their jobs. Citizens of poor nations living under weak or repressive governments are at particular risk of finding themselves at the bottom of the global scramble for scarce resources like medicines and ventilators. Meanwhile, another virus - measles - is already ravaging the country. Since January 2019, more than 6,500 children have died from the disease and 335,000 others have been infected, according to the latest World Health Organization data (WHO). This is unfolding in a country still at war with itself, where dozens of armed groups regularly clash in Congo's eastern provinces, and where a shadowy militia is responsible for massacring hundreds of civilians over the past few months alone.

There is a silver lining for Congo, however. The country is in a unique position to respond to yet another viral outbreak, having also dealt with the second-worst Ebola epidemic in history - spanning 3,453 cases and 2,273 deaths - over the past 18 months. This crisis means that Congolese officials adhere closely to advice from the WHO. As seen internationally, an early response is critical in containing the virus.

Much of the country is on lockdown, but millions of Congolese rely on the informal economy to survive and live life on the margins with little to no social safety net. Street vendors, traders and motorcycle-taxi drivers rely on what they earn for the day and frequently lack property or savings. Many are without running water or electricity, although the government has promised free electricity and water during the pandemic. Still, the notion of social distancing is impossible to apply when many Congolese sleep in rooms or settlements crammed with people.

Through its network of contributors working in compliance with professional journalistic ethics and standards, the Carmignac Award's Congo project will document human rights and environmental issues, providing in-depth reportages, snapshots of daily life and struggles in this huge country, as it faces an unprecedented health crisis. 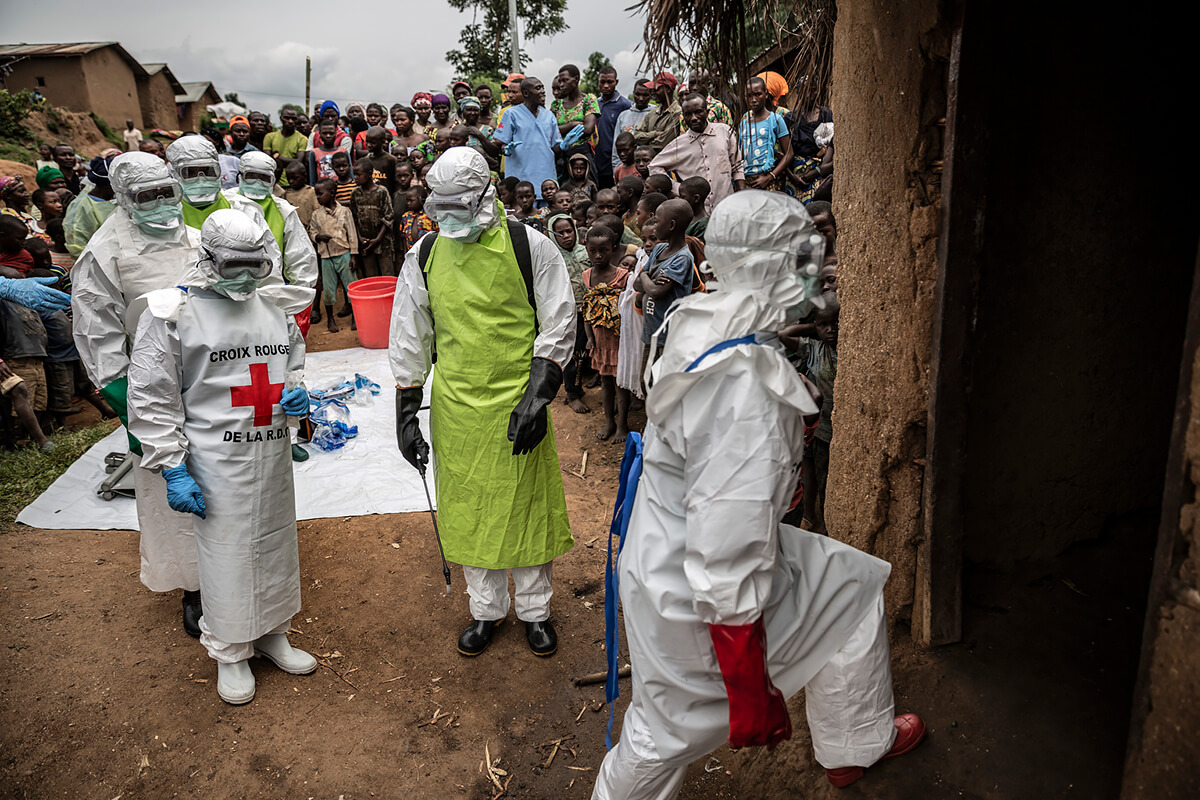 Finbarr O'Reilly biography
Finbarr O'Reilly is an independent photographer and multimedia journalist, and the author of the nonfiction memoir, Shooting Ghosts, A U.S. Marine, a Combat Photographer, and Their Journey Back from War (Penguin Random House 2017). He is the 2019 Nobel Peace Prize exhibition photographer and a frequent contributor to The New York Times. His photography and multimedia work has earned numerous industry honors, including First Place in the Portraits category at the 2019 World Press Photo Awards. He was also winner of the World Press Photo of the Year in 2006. Finbarr lived for twelve years in West and Central Africa and has spent two decades covering conflicts in the Democratic Republic of Congo, Chad, Sudan, Afghanistan, Libya, and Gaza. He has held academic fellowships at Harvard, Yale, and Columbia University and is a board member of ACOS Alliance, an organization working to embed a culture of safety across newsrooms and for freelance and local journalists worldwide. Finbarr lived in Congo and Rwanda from 2001-2004 and has returned often over the past twenty years. In 2019, he spent months reporting from inside the second-largest Ebola outbreak in history while producing the documentary film Ebola In Congo for PBS FRONTLINE. The film tells the stories of local health workers risking their lives to battle Ebola in a region devastated by decades of conflict. Finbarr is among those profiled in Under Fire: Journalists in Combat, a documentary film about the psychological costs of covering war. The film won a 2013 Peabody Award and was shortlisted for a 2012 Academy Award. He is based in Dublin, Ireland.