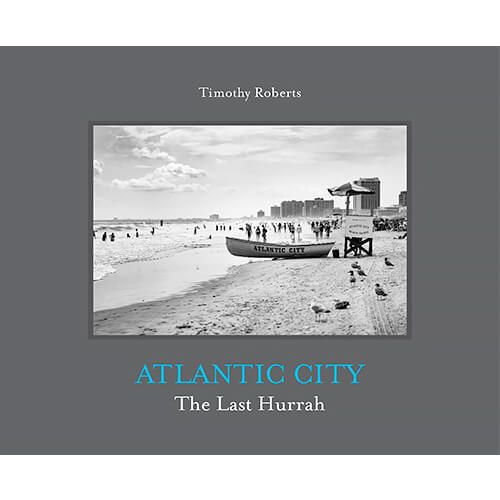 Everybody has an idea about Atlantic City. It's that kind of place. Feels knowable, personal. But Atlantic City has always presented its own ideas. About beauty. About poverty. About politics. About corruption. About survival ... It's a place that used to care, but no longer does, about various things that have moved on -- like Miss America. Or Donald Trump. Or the cascade of casinos along the Boardwalk that closed beginning in 2014. -- Amy S. Rosenberg, feature writer, Philadelphia Inquirer

Atlantic City, at one time known as The World's Playground with its glittering casino hotels and night clubs, and legendary boardwalk and beach, looms large in the American imagination. It has been the subject of many movies, including the 1980 Louis Malle classic Atlantic City starring Susan Sarandon and Burt Lancaster, and the hit HBO series Boardwalk Empire set in the era of Prohibition. Historically the city was a refuge for those fleeing Prohibition. The casinos offered the unsleeping promise of redemption at the pull of a lever or roll of the dice.

Based in Philadelphia, about an hour's drive from Atlantic City, Timothy Roberts photographed the iconic American resort town between 2015 and 2019 when the city was in an economic crisis due to the closure of many of its casinos, including three owned by Donald Trump. The local population, many of whom depended upon the casinos for their livelihoods, were left without jobs and the unemployment rate rose to 40%. In 2016, New Jersey Governor Chris Christie signed a rescue bill that would prevent Atlantic City from running out of money. In Atlantic City: The Last Hurrah (Daylight, April 2020), Timothy Roberts profiles Atlantic City as it recovers from near bankruptcy to stage another much-anticipated comeback. Steve Hankin, an Atlantic City attorney who Roberts interviewed, commented We've been through so many phases. This is the final one. This is the last hurrah. 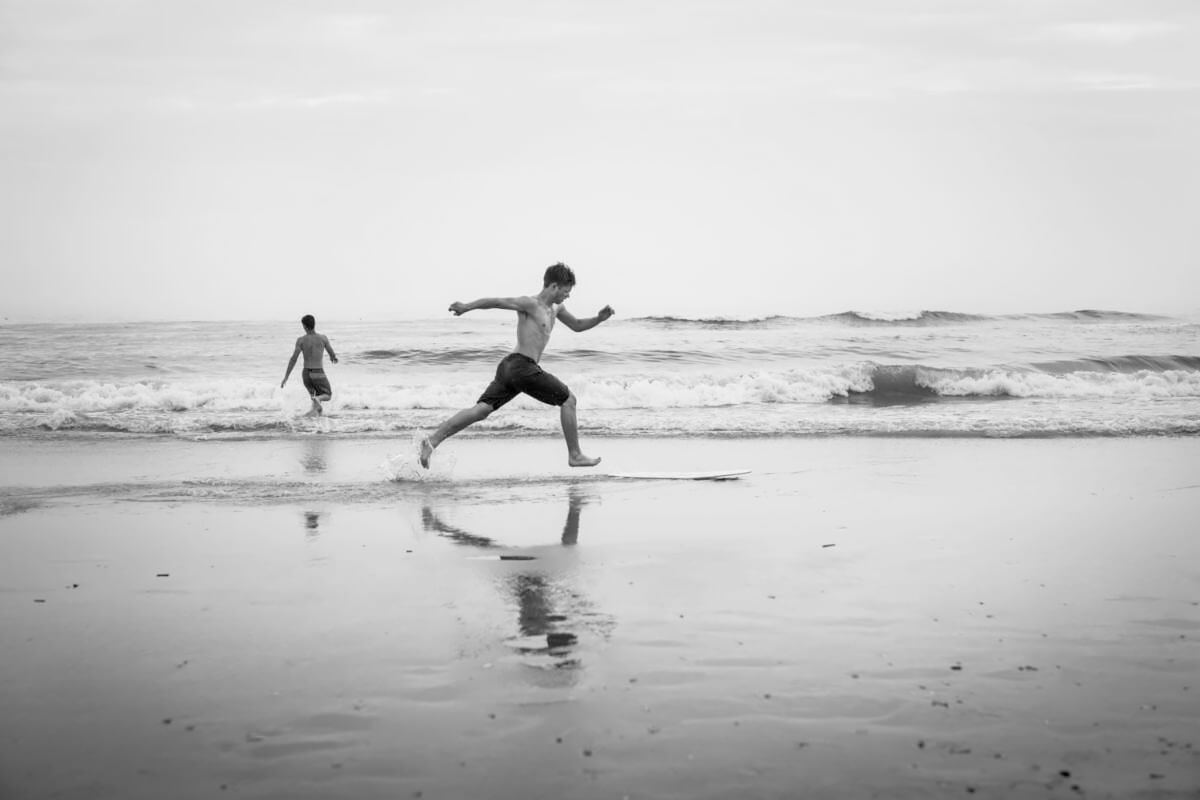 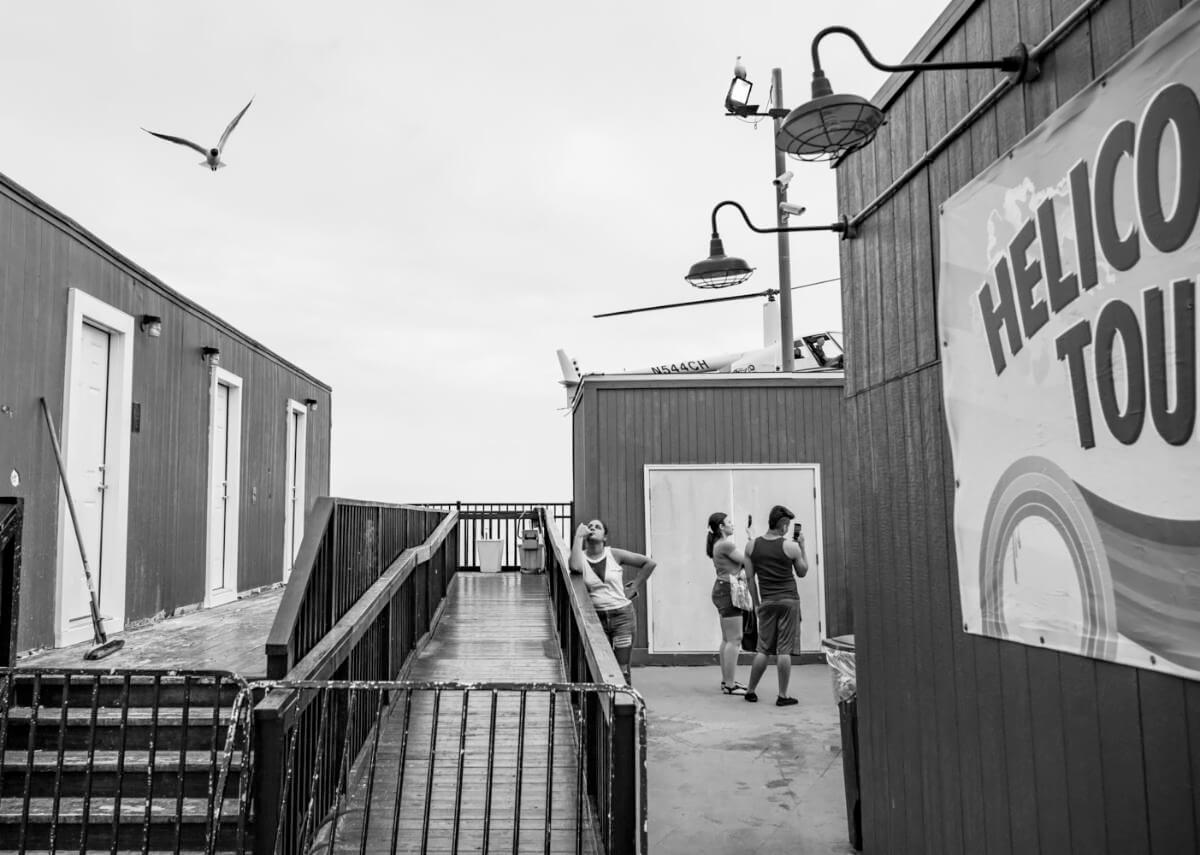 Roberts writes: Atlantic City has been through many transformations in its history: 19th-Century health retreat, Prohibition-Era speakeasy, mid-century nightclub hub and East Coast gambling Mecca. The near depression of the late 2000s and increasing competition from the spread of gambling across the country upended many schemes of casino impresarios and other developers. Blocks of the city were leveled for casinos that never opened. The rate of defaults on home loans was the highest in the nation for a time. At the lowest point of the financial crisis the State of New Jersey took over the city's finances. My pictures are an attempt to capture the spirit of the place and its people who live there. 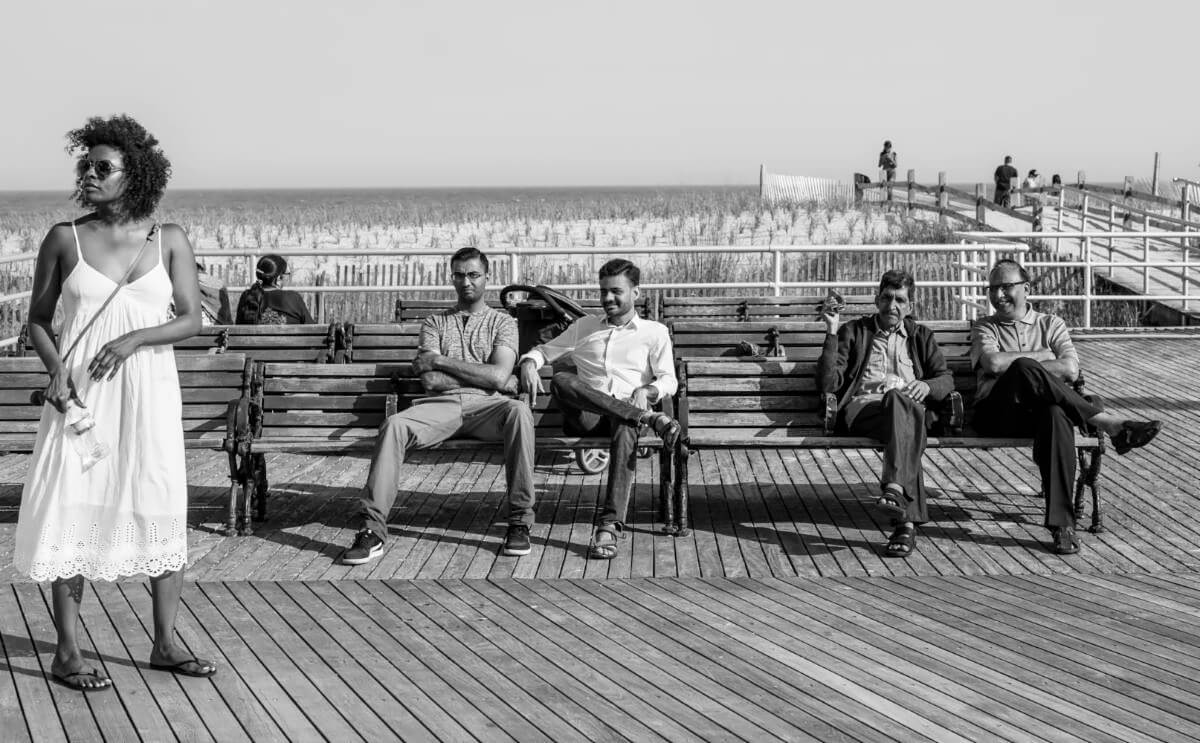 Atlantic City: The Last Hurrah features 55 images shot by Timothy Roberts in black and white that gives the work a timeless quality. The people Roberts captures in his photographs are not the high rollers, but regular folk, both residents and visitors, who are there to enjoy Atlantic City's famous beach and boardwalk, rides at the amusement park, fishing off the jetty, among other attractions. We see the juxtaposition of the old and new architecture, families playing on the beach, casinos towering ominously over the homes of residents, the ubiquitous seagulls, the magnificent sea and surf, and portraits of people like Frankie, pictured bare-chested showing off his tattoos, who came to Atlantic City to look for work in the building trades. 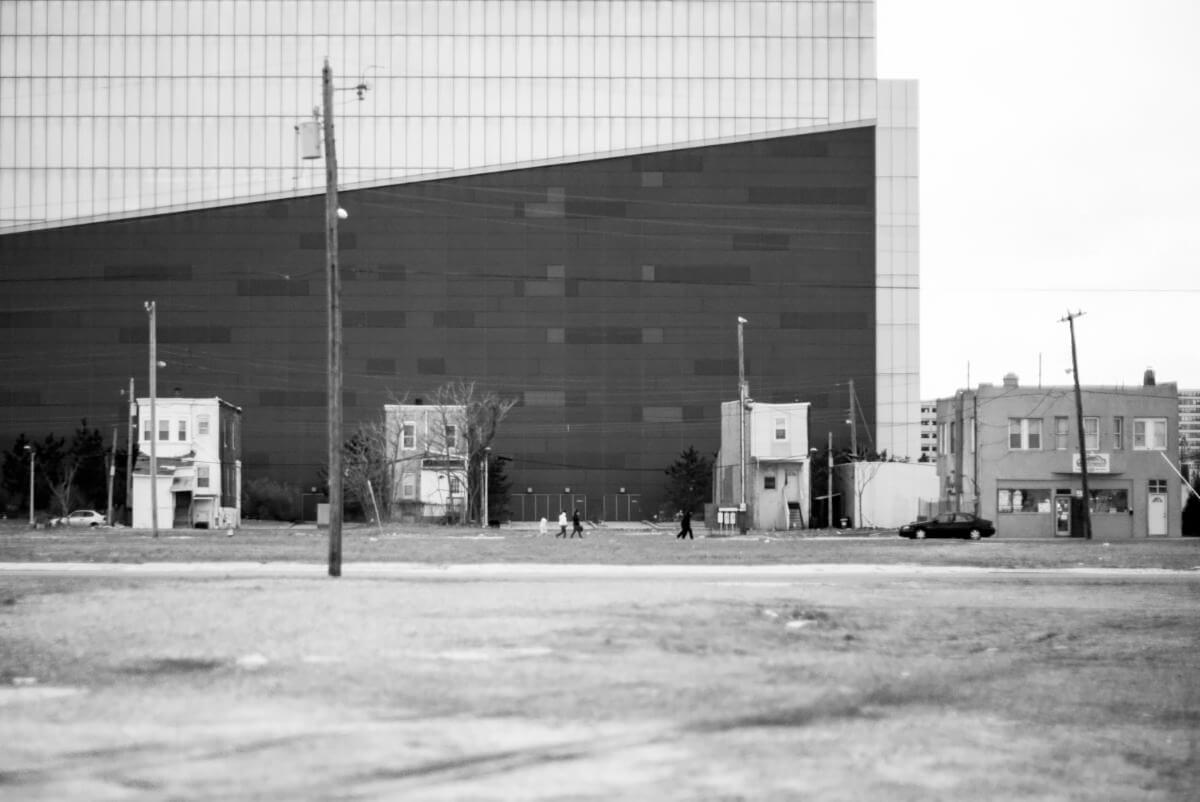 Three homes remain beside the Revel Casino (now the Ocean Casino Resort). Others were leveled in hopes that developers would buy the land for new casinos. © Timothy Roberts 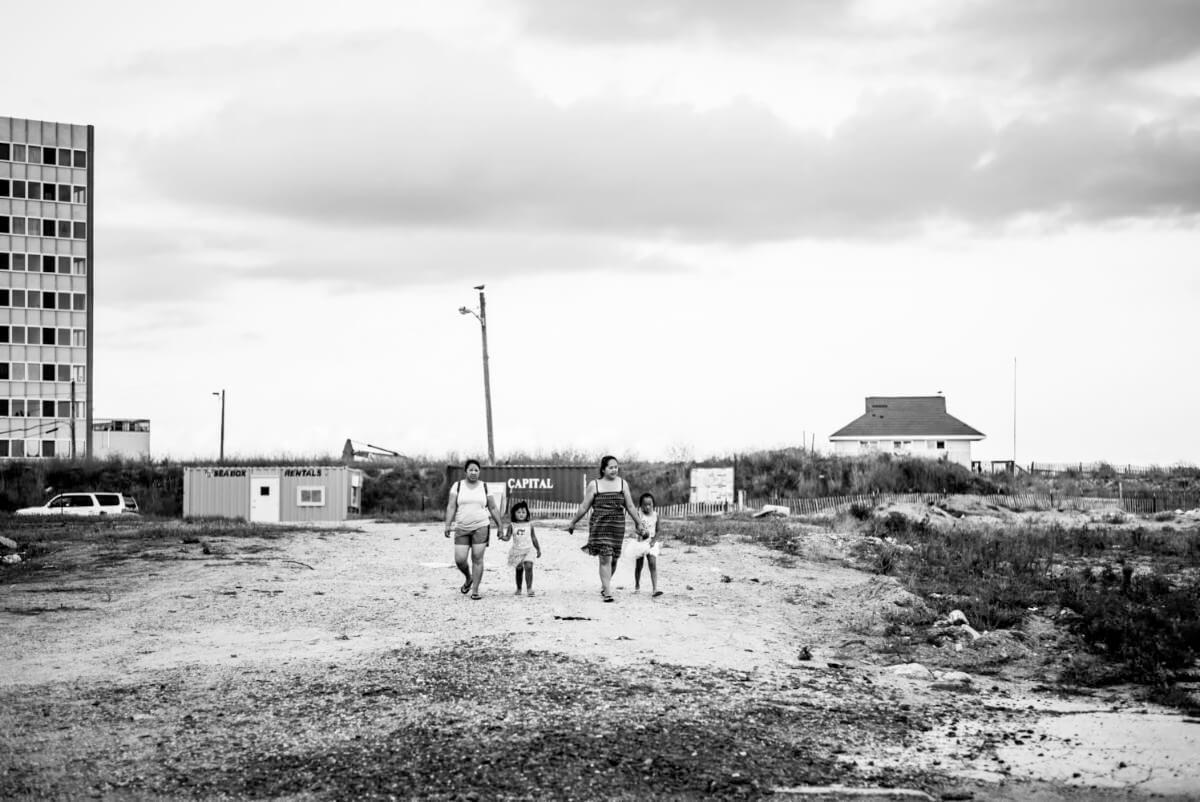 Mothers and daughters walk through the detritus of failed development. © Timothy Roberts

Amy S. Rosenberg is a feature writer for The Philadelphia Inquirer based at the New Jersey Shore. She covers Atlantic City, beach culture, local power grabs, Philadelphia arts, and, somehow, no matter where she ends up, Miss America. 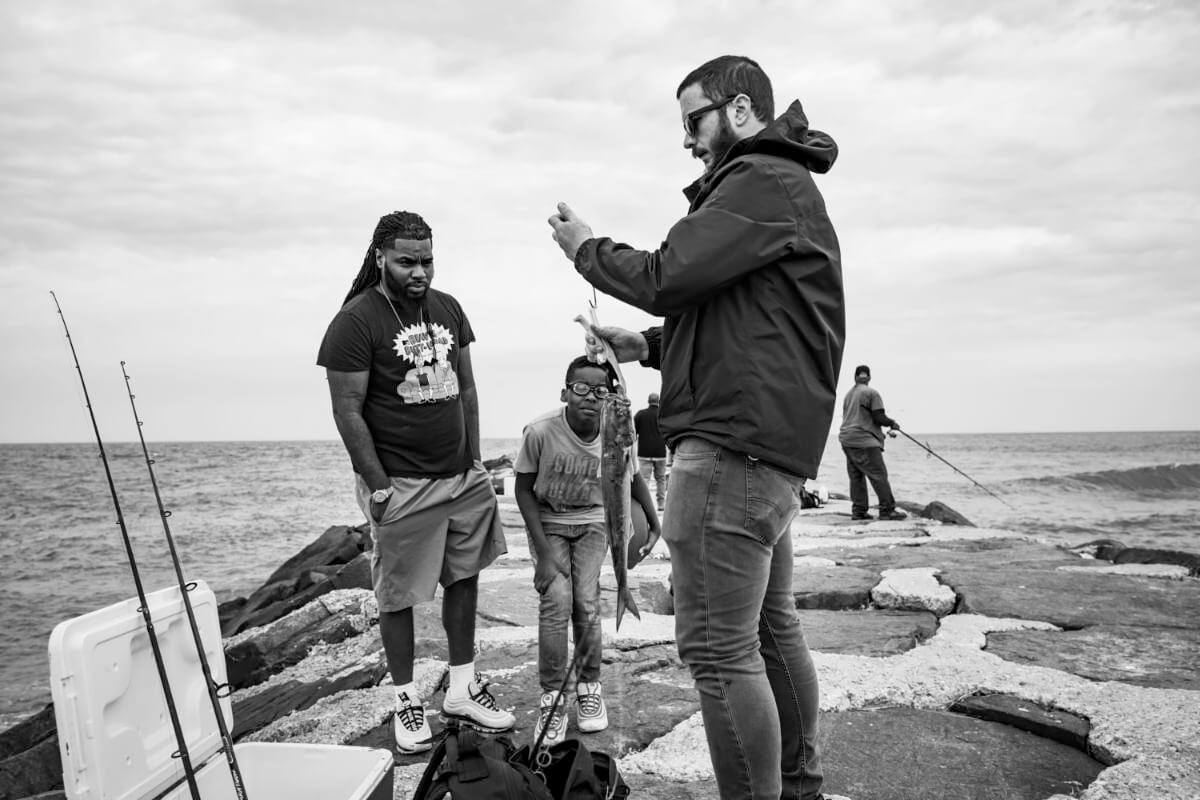