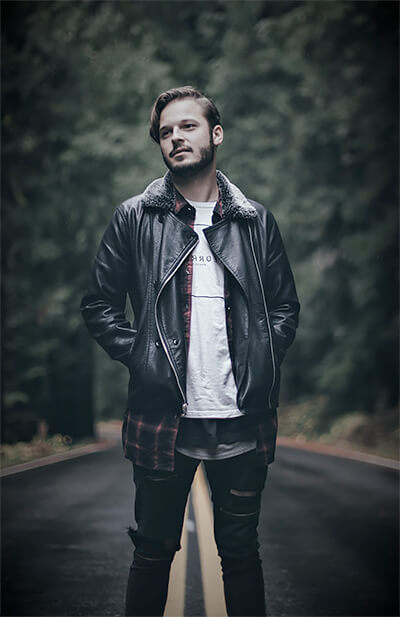 Social media marketing is all about visuals. After all, people can recall 65% of the visual content that they see three days later, as compared to about 10% for written content. And posts with images get 37% more engagement on Facebook than those without.

At the same time, though, not everyone is on the same page when it comes to best practices for social media design. That's why we've decided to work on this article. Here are just ten of the best design tips for social media marketing for photographers.

1. Use colour
It's said that up to 90% of our first impressions about an image are influenced by its colour. Different colours have different meanings in different places, so be sure to consider cultural nuances and to use what you know to influence the subtle hues of your photography.

2. Typography
Typography is another area that has a huge impact. As a general rule, most designers use serif fonts for printed materials and sans-serif fonts for the web. The typography that you use should be subtle enough to go well with your images, and remember that some social networks limit how much of an image can contain text if you plan to promote it with paid advertisements.

4. Call-to-action
A call-to-action is basically a piece of text that tells people what to do next, such as buy now or get in touch. You should include calls-to-action by default, whether that's by adding them to your image or whether it's by using the image's description.

5. Know your audience
You can't create content without knowing your audience. Remember what we said earlier about how different colours mean different things in different cultures? That concept applies to literally every decision you make, from how you frame your photographs to what your subject matter is. Once you know your audience, you can design images specifically to cater to them.

6. Proofread
If you're including text in your image, then be sure to give it a good proofread. Don Cruickshanks from BestEssayTips says, The vast majority of the mistakes that we see could have been avoided by a simple proofread. This is particularly important for images, because text is hardcoded as part of the image once it's saved as a JPG and so it's harder to fix mistakes once you spot them.

7. Find a niche
If you work in a specific niche, you're going to find it easier to get noticed. It's all well and good being a generalist, but it's much easier to make a name for yourself as a photographer if you find a niche. This is especially true on social networks.

8. Consider watermarks
Watermarks can be off-putting for some people, but they can also help to make sure that you're credited for your images even if people download them and try to take credit for them elsewhere. As a photographer, your images are your work and your livelihood. This is just one way of trying to safeguard them.

9. Listen to feedback
People have opinions and they're not afraid to share them. As a content creator, you need to listen to what people are saying and to take feedback on board when it's good advice. At the same time, know when to ignore feedback so that you maintain your artistic integrity. It's a tricky balance to find, but it's rewarding once you get there.

10. Repetition
Wherever possible, it's a good idea to use the same fonts and colours and to stick to a similar visual style. This repetition also stretches to when you post your images. Stick to a consistent publishing schedule so that people know when they'll hear from you.

Conclusion
Getting to know these life hacks is one thing but being able to put them into practice is another. Most pro photographers are using these tips and tricks already, many of them without even realising it, and you can tell how long someone's been in the industry based on the quality of their output.

So whether you're a rookie photographer or a seasoned pro, make sure that you're taking advantage of the opportunities that each of these tricks has to offer. Good luck.

Peter Hill is a professional writer and journalist. He is a socially active person, engaged in photo and video editing. You can find him on Twitter and Facebook.
Stay up-to-date  with call for entries, deadlines and other news about exhibitions, galleries, publications, & special events.
Advertisement