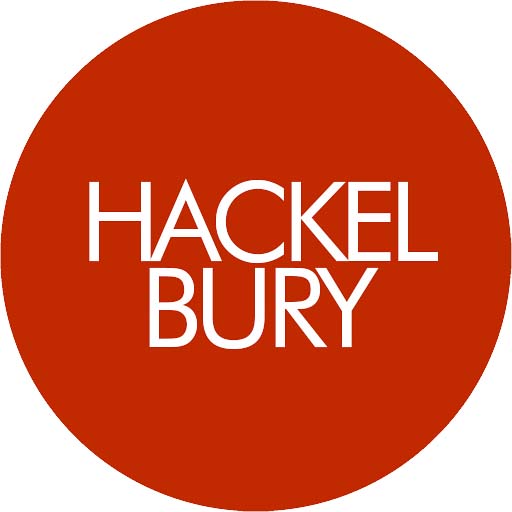 Order never persists, the only constant is change D+M Starn

HackelBury Fine Art, London is pleased to present 'Can't, Won't, Don't Stop', an exhibition of new work by Doug and Mike Starn. The Starns have been working conceptually with photography for over 30 years. This series of work, begun in 2021, sees the Starns returning to some of the techniques which they pioneered in the 1980s when they explored the three dimensionality and physicality of photography and combining the more recent inclusion of painting. This body of work also continues the Starns' fascination with the passage of time. They make visible aging process and deterioration of the material with which they work and examine how the meaning of what was created or conceptualised changes with time.

A photograph is not simply an image of a thing, but an image on a substrate - the photograph is a thing in itself. The same way a photograph is not only a captured instant but exists in time and deteriorates and expands with time, just as all things and all ideas change their meanings through time. D+M Starn

The exhibition is made up of two contrasting but interconnected photographic bodies of work, Seascapes and their monumental sculpture series - Big Bambú, reflecting the central belief in the Starns' work that everything in life is interconnected, interdependent and in constant flow. The Starns grew up on the coast of New Jersey. The ocean has long held a fascination for them as it is always changing but always the same. The Starns see an innate connection between the Seascapes and Big Bambú photographs as they reflect the dynamic forces of nature and the progression of time. They describe the construction of the Bambú as taking the form of a cresting wave, we're constructing a slice of a seascape (like our photographs), a cutaway view of a wave constantly in motion. D+M Starn 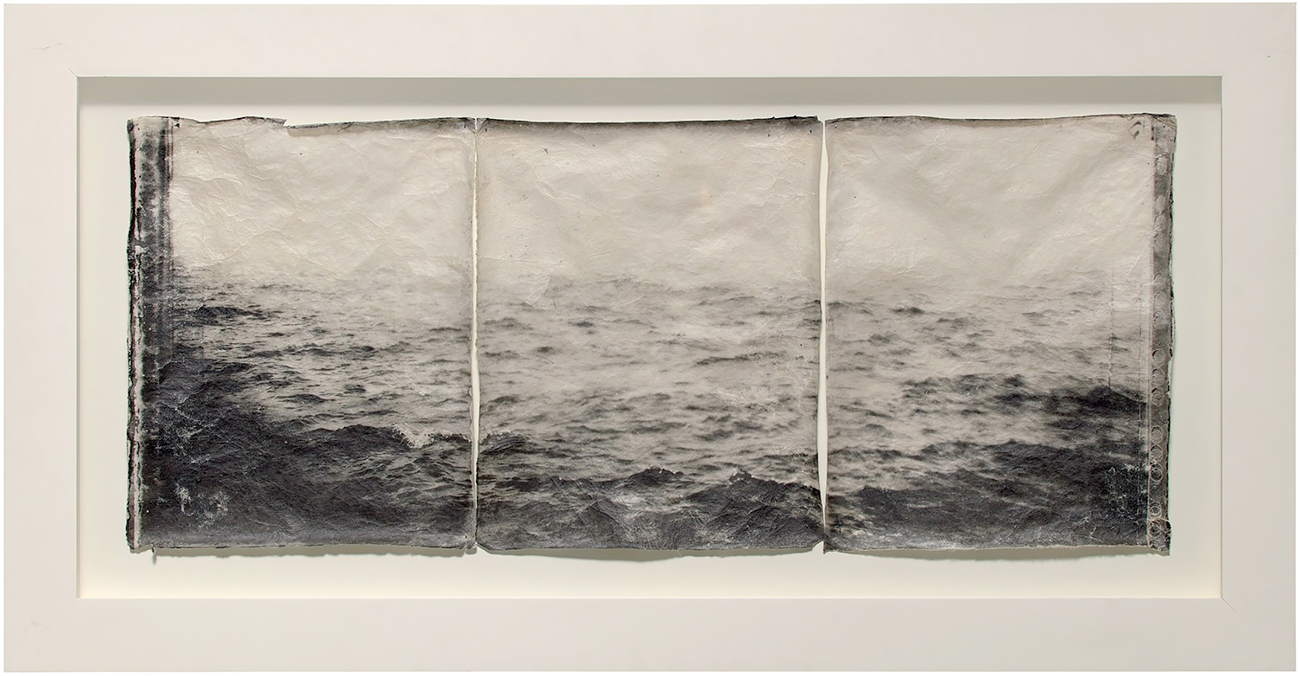 'Seascapes' focuses on the ever changing yet ever constant sea, a body of water in perpetual motion, crashing against itself and captured in a fraction of a second by a camera - always the same but always different. The photographs of their Big Bambú installations also embody these contradictions - the sculpture is always complete, yet always unfinished. These works provide a visual metaphor for the interconnections of life - that of cultures, societies, relationships and individual and collective growth.

Big Bambú represents the invisible architecture of life and living things. It is the random interdependence of moments, trajectories intersecting, and actions becoming interaction, creating growth and change D+M Starn

A recurring theme in the Starns' work is that in the midst of chaos is an order and an essential structure. In the Big Bambú sculptures the Starns create an architecture of random interconnections which becomes a self-supporting structure and takes on a life of its' own - like a living organism. Adapting to circumstances spontaneously as the structure grows and "each knot is a decision", it is philosophic engineering. The structures work because, as in life, everything depends upon one another and the loads are distributed throughout, fluidly and naturally. 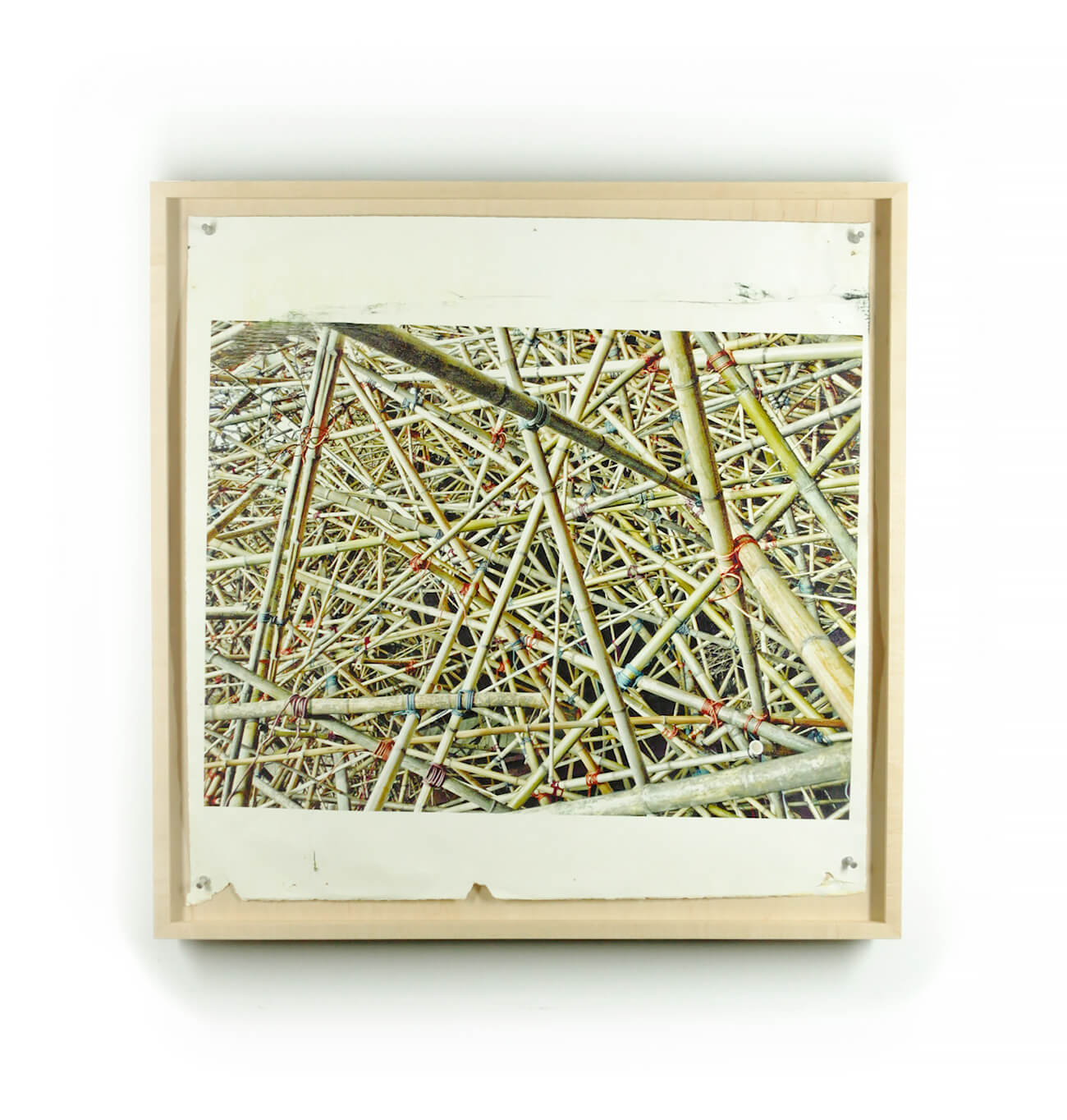 For the Starns the Big Bambú structures are never finished and they often re-use sections of earlier pieces when creating new structures, which provides continuity and progress. This idea of interconnection and transformation is at the heart of all the Starns' work and brings with it philosophical and spiritual reflections. The physicality and tactile nature of their work (such as scotch taping photographic pieces together) ensures that they reflect the concept of time through incorporating dust, debris and discolouration that occurs over time. The photograph is both the medium and a document - the images frozen in time, yet time continues to pass.

About Doug and Mike Starn
Doug and Mike Starn, American, identical twins, were born in 1961. They first received international attention at the 1987 Whitney Biennial. For more than twenty years the Starns were primarily known for working conceptually with photography. Since 2010 their Big Bambú structures, built from "random chaos" with thousands of bamboo poles lashed together with miles of rope, have been installed in public institutions such as the Metropolitan Museum of Art, the MACRO Museum in Rome, at the 54th Venice Biennial and the Teshima Triennial. Major themes of their work include chaos, interconnection and interdependence.

About HackelBury Fine Art
Established in 1998, the London gallery in Launceston Place is committed to nurturing long-term relationships with both artists and clients. It continues to evolve and progress through an expanding program of gallery exhibitions, museum projects and publishing ventures.

The small group of artists with whom HackelBury work, represent a diversity of practice, pushing the boundaries of various media. The work and practice of these artists encompasses the worlds of photography, painting, drawing, sculpture, architecture and performance. Each artist, whether emerging or established, creates work defined by a depth of thought and breadth and consistency of approach.