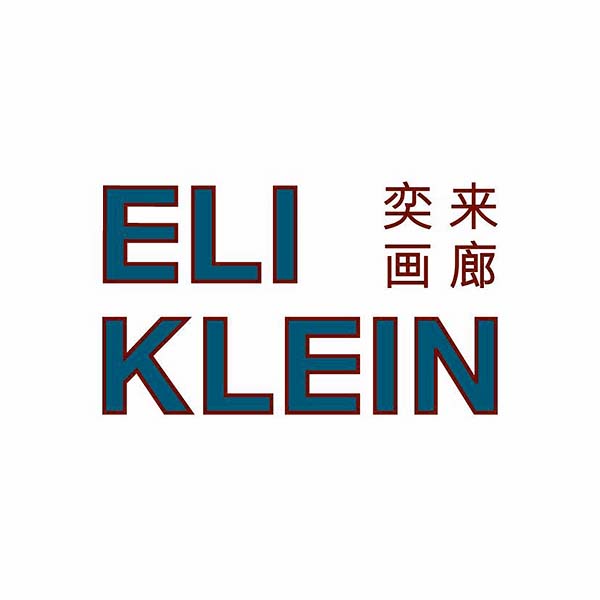 Eli Klein Gallery is delighted to present Renew - A Recent Survey in Chinese Contemporary Photography, a group exhibition of 10 Chinese contemporary artists representing a diverse range of generations, featuring 18 works that aim to update and reimagine the medium of photography, as well as the relationship between the Photographers, their Ways of Seeing, and the Photographs-all within the current socio-political and technological climate.

Photography, despite countless rounds of technological updates, has, at its core, always remained one of the most accessible and prominent mediums to freeze the present and immortalize the past. While Nicéphore Niépce, one of the pioneering fathers of photography, considered his invention to work as an "artificial eye," what the medium is capable of expressing has long surpassed simply likeness and accuracy. Featured in this exhibition are a multitude of explorations that expand and reinvent the definition of photography and contemplate their relationships with society as a whole, as well as with individuals. Observed in the exhibition are social events as grand as war, civic movements, and-in the most recent case-a pandemic, as well as personal and intimate narratives as delicate as sexuality, relationships, and cultural alienation. 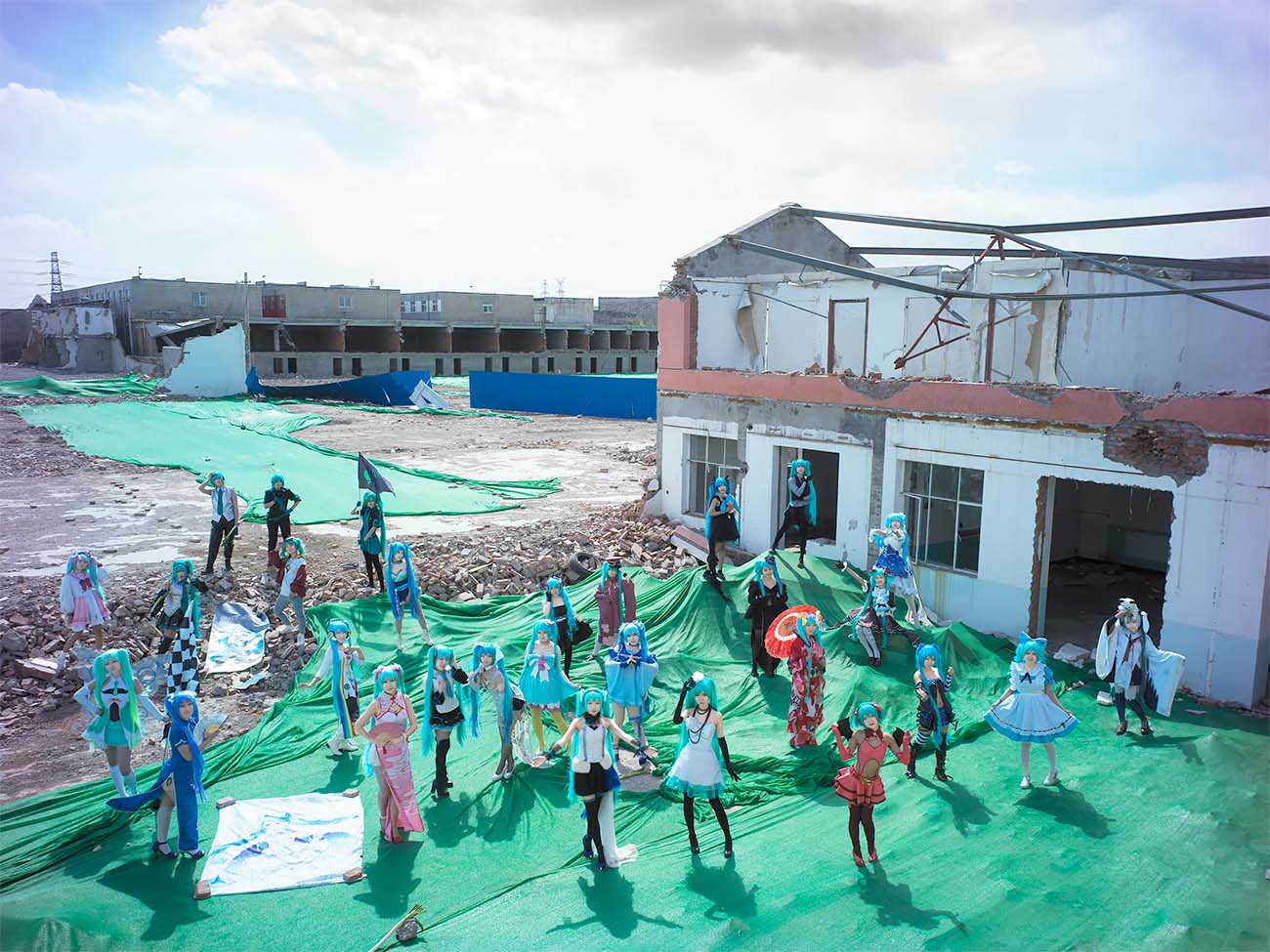 With their unique artistic lexica, Liu Bolin and Cai Dongdong comment on the way individuality disappears behind the larger cultural habitat. Liu Bolin, fallen invisible behind the two defining public structures of the modern world in Russian Magazine Rack and Supermarket in Pyongyang, contrasts with Cai Dongdong's approach to his pieces, On Fire and Theater, which highlights the intimate qualities of everyday photography and the tactility of space and touch. Therefore, the question becomes, when is one forced to disappear, and when does one choose to disappear? Along the veins of the quest for a place in the world, Ye Funa and Zeng Han tackle the issue from a different angle: as opposite as their works seem upon first glance, their explorations in Chinese cultural phenomena and iconography echo each other, with hints of deconstructive emphasis on an "Inside-Out" approach to the world. Zeng Han's Echo of Shanshui series homages ancient Chinese landscape paintings, which center around nurturing a personal relationship with nature, and expressing the sense of reverent intimacy towards it through art. Ye Funa reflects on the tension between China's conservative social climate and the new generation's anxiety to break free from it. Referencing pop-culture iconography, she concocted up utopias of subculture in her pieces, Subspecies - 30 Hatsune Miku and Another Dream. The contrast between the glamorously dressed individuals against the outdated backdrop leads us to question the cursory arc of popular culture, from inception to obsolescence. Instead of a singular photograph, Birdhead and Xu Guanyu are interested in exploring the concept of a fluid, hybrid reality by collaging images from the objective world to create fiction. The medium-a conscious removal, selection, arrangement, and consolidation of scraps of imagery-is inherently multidimensional. Through collage, Xu Guanyu ponders his experience in China and the United States; China had been unaccepting of his queer identity, while America was a foreign place of disassociation. Birdhead break up time and space, emphasizing their subconscious world of freedom, imagination, and atavistic desire in Passions Bloom Ambitions - 43. Interested in the possibilities of reality rather than reality itself, these artists play around with reassembling fragments of familiarity. Yang Bowei and Xie Sichong are taking a step back from the ever-prominent, cross-generational concept of a "collective reality" that thoroughly infiltrates the Chinese population, and has a tremendous impact on shaping who they are today. These two artists reflect on their subconscious interpretations of what it means to belong to a nationwide "collective." Through her works, Xie Sichong reexamines collective memories and traumas as sources of companionship, commenting on the false sense of community that has thus been created. Yang Bowei's works feature compositions with a shrine-like stillness and seclusion, reconstructing scenes from his childhood with imageries reflecting on the trauma of being queer in China. The forces and wonders of nature play a prominent role in Chen Xiaoyi and Wen Feiyi's artistic visions. Chen Xiaoyi's ethereal Foam, Form(Phase I), is conceived by wind blowing across soap bubbles, reflecting her fixation on the effortless but profound ways nature impacts, and how we often are powerless against its might. While resonating with the aforesaid statement, Wen Feiyi is intrigued by the way humans project their anxiety of mortality onto their surroundings. Her pieces, The Untitled from Under the Yuzu Tree and The Untitled from Wood, Water, Rock, embrace the instinctive qualities of nature, ridding the proctorship we humans are so inclined to impose onto those we have no control over. Reverent and humble, the two artists' aesthetic languages are the fruits of their memories with the greater world. 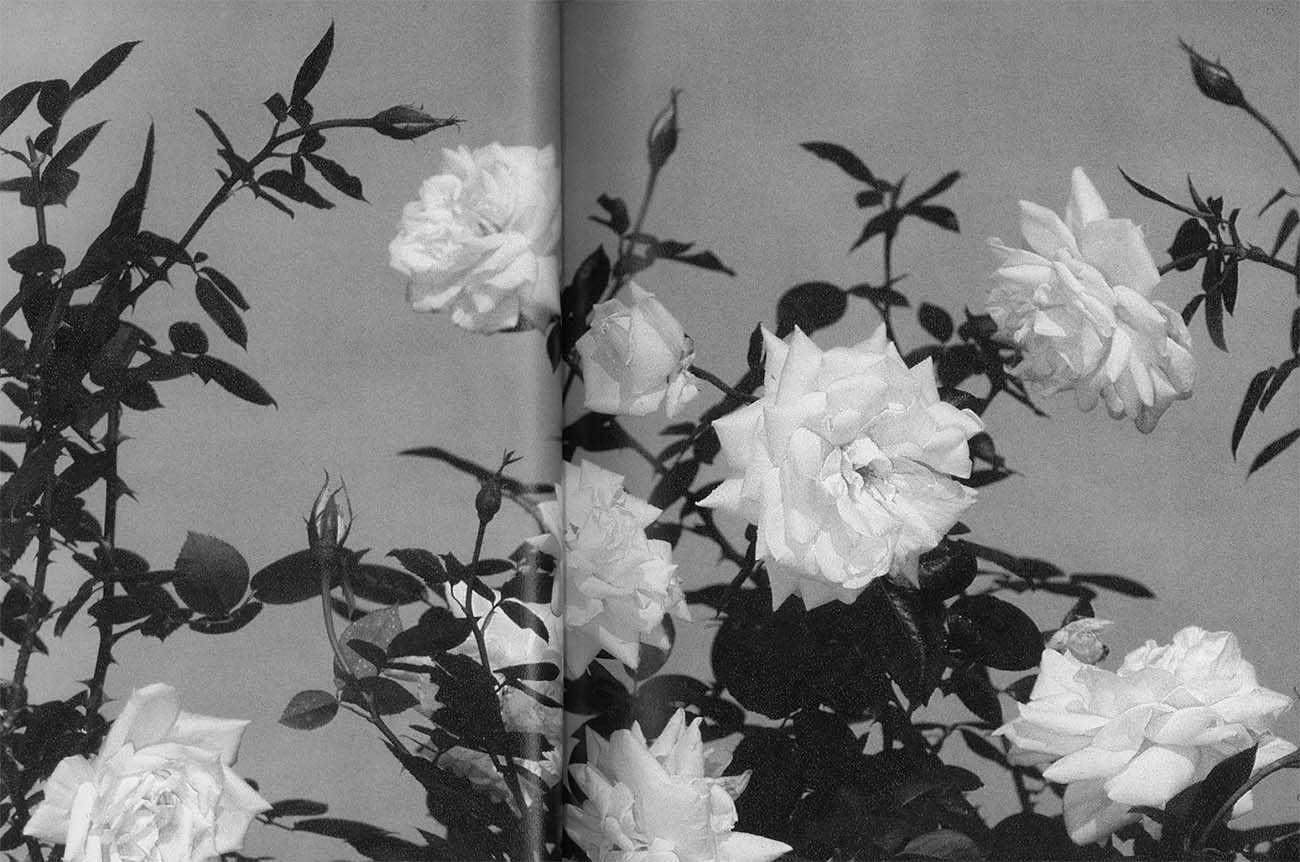 Aggregation of dreams, a conversation about the collective identity in China, 2020 © Yang Bowei