Photo50: No Place is An Island 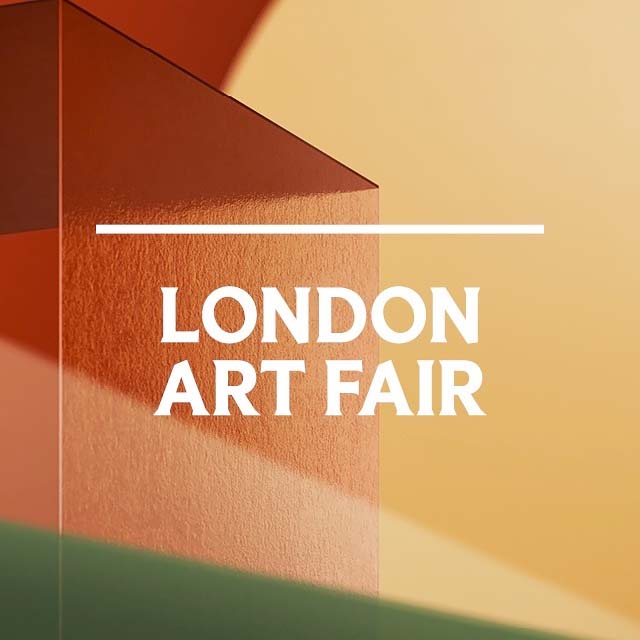 The latest edition of Photo50, No Place is An Island, curated by Rodrigo Orrantia, presents works by British and UK-based artists responding to the idea of an island. Echoing John Donne's celebrated book No Man is an Island, the exhibition explores what it means to be an island and its multiple possibilities towards the future.

The title of the exhibition also alludes to the idea that contemporary photography is not an island or an isolated medium, and the selected artists will showcase photography as part of a wider practice, pushing and redefining its boundaries through sculpture, performance, moving image and sound.

This exhibition also celebrates 10 years since the seminal Photo50 show entitled The New Alchemists, curated by Rodrigo's mentor and friend Sue Steward, who passed away in 2017. No Place Is An Island references Steward's work and ideas, bringing them to the present by looking at how photographic art has evolved in the last decade. The exhibition connects a generation of established and mid-career artists, with emerging practices working around the same interests and, in most cases, directly inspired by artists in the show.

Curator Rodrigo Orratoria said: The works in this show connect with the topical issues of our time, but also to a universal narrative, the journey to an idealised place. I'd like to start conversations about what it means to be an island, and how we construct it in our minds.No Place Is An Island talks about connectivity, about the fact nothing exists in isolation, it is merely a fiction, a fantasy.

Several of the works in No Place is An Island focus on the theme of our relationship to landscape, and suggest new ways of understanding how we perceive and interact with our surroundings.

In his poignant body of photographic work Hometowns, John MacLean pays homage to the subtle yet important influence of the hometown, particularly in relation to the visual development of artists themselves. Beginning with a simple idea that he quickly jotted down in a notebook several years ago – "Photograph the hometowns of your heroes" – MacLean has explored and photographed more than twenty cities, towns and neighborhoods around the world where a number of his artistic heroes spent their childhood, such as Bridget Riley, James Turrell and Wassily Kandinsky. MacLean's project searched for the everyday places that served as the most basic visual experiences and foundations for those artists who have inspired him, and for his own creative inspiration.

Eva Stenram's New Meridians reworks photographs found in late 1950s editions of the German travel magazine Merian. They are a record of the landscapes and towns of Europe as they were in 1957, at the time of the Treaty of Rome. Stenram overlays these pictures with her own markings. Her annotations suggest many things - lines of communication, movements of people or goods, borders, usage of the landscape, as well as systems and laws being put in place - but also fractures, fault-lines and rifts. Stenram uses this piece to respond to the 2019 European elections, and the growing rifts which are reshaping our relationship with the land.

Dafna Talmor will be showcasing brand new works for the first time at London Art Fair as part of an ongoing body of work, Constructed Landscapes. This work consists of staged landscapes made of collaged and montaged colour negatives shot across different locations that include Israel, Venezuela, the UK and USA. Through the act of slicing and splicing, landscapes are merged and transformed. The resulting photographs appear 'real', yet they are virtual and imaginary. Through this artistic practice Talmor aims to transform a specific place - loaded with personal meaning, memories and connotations - into a space of universality. In dialogue with the history of photography, Constructed Landscapes references early Pictorialist processes of combination printing as well as Modernist experimental techniques such as montage, collage and multiple exposures.

Martin Seeds will also be presenting a new work designed especially for Photo50. Assembly is a body of work in six parts set in the Stormont Estate, the home of the Northern Ireland Assembly and Seeds has created a new version of this installation for the Fair. Assembly responds to the notion that the Stormont Estate's grounds, with their beautiful natural scenery, lended the peace talks ahead of the Good Friday Agreement in 1998 a sense of comfort which helped to diffuse the psychological problems and animosity which had built up over many decades. This work uses photography to powerfully illustrate the influence of the parliament's natural setting on the Northern Irish peace process.

Tom Hunter's Figures in a Landscape is a personal odyssey which transports the viewer through a world imbued with myths and legends. On this magical journey, from the hillsides of the West Country to the Marshes of Hackney, Hunter portrays ancient gods, goddesses and mythical monsters which inhabit the landscape and battle for supremacy between the other worlds and the here and now. The figures within these images shift between statues, mythical forms and people, transporting the viewer through time and space, connecting them to ancient worlds, half-remembered myths and magical encounters. 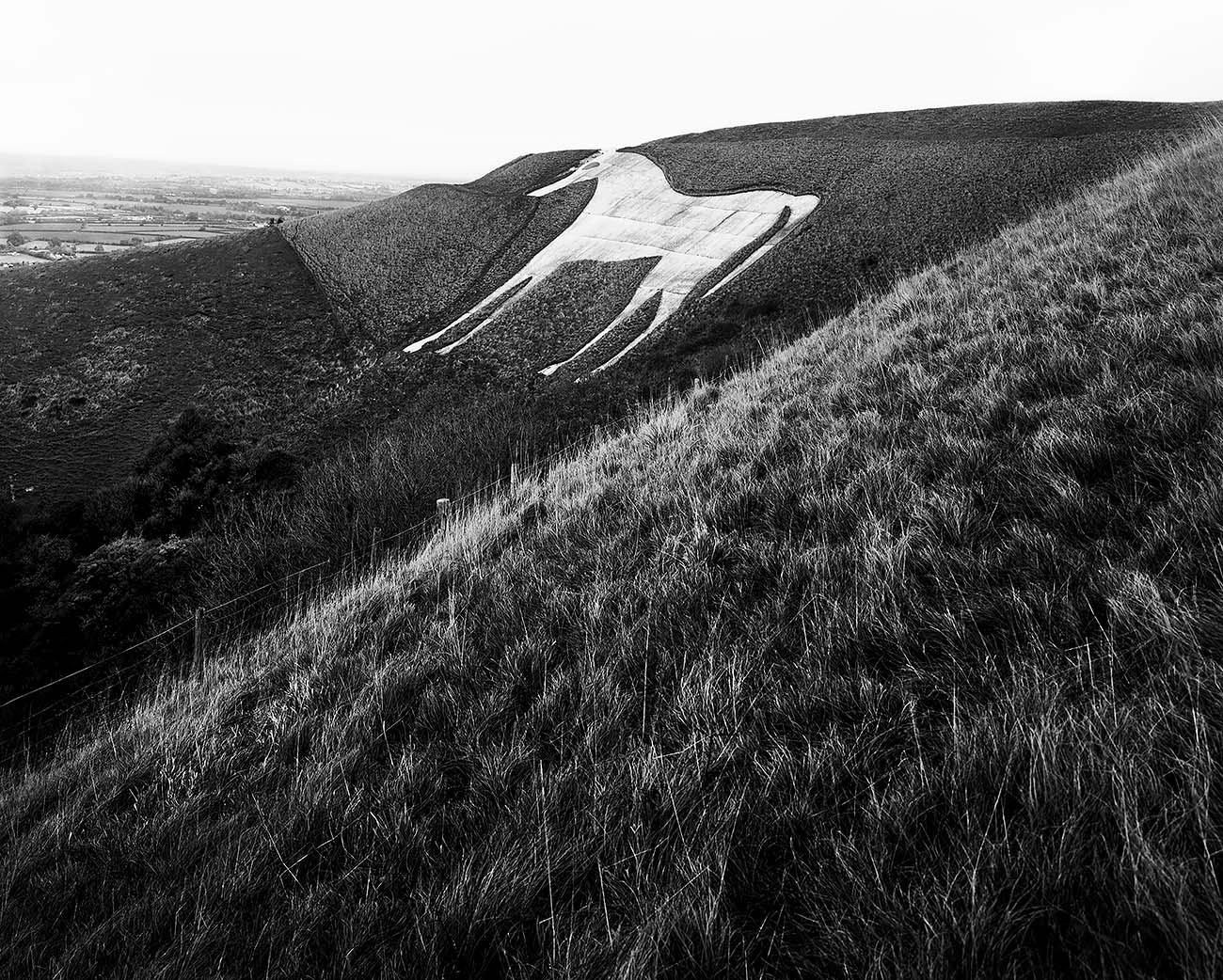 Tom Lovelace's Home Staging presents images of his parents' house where he grew up, but restaged and completely reimagined using theatre drapery. For Photo50, Lovelace will showcase a new collaborative performance piece in response to some of the artworks and themes in the exhibition. 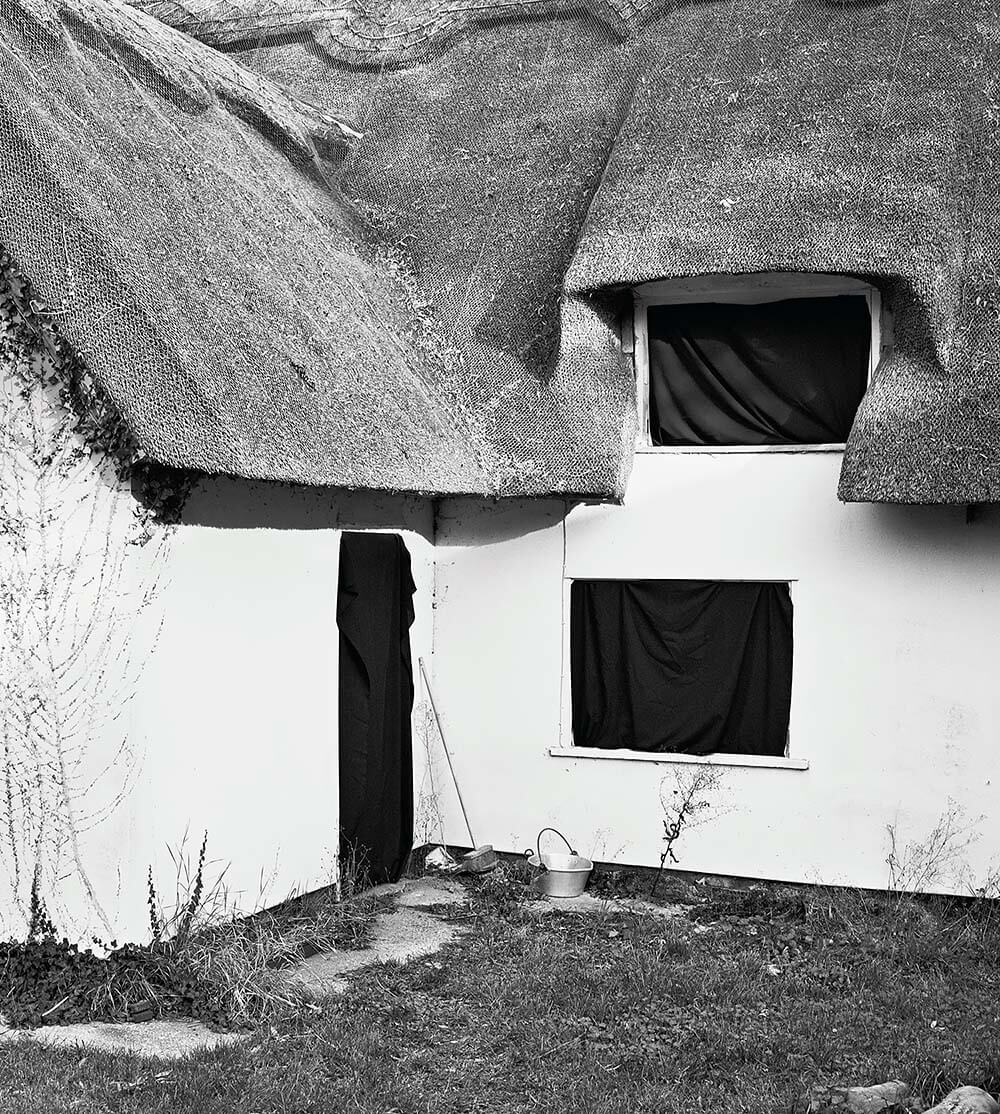 Other works in the exhibition focus on the sea and the ways in which an island is separated from, or in fact connected to, the rest of the world. The photographs in Andy Sewell's Strange and New Things Pass are taken on either side of the Atlantic in places where the Internet is connected through underwater fiber optic cables. Almost everything that takes place online passes down a few impossibly narrow tubes which stretch along the seabed, connecting one continent to another. 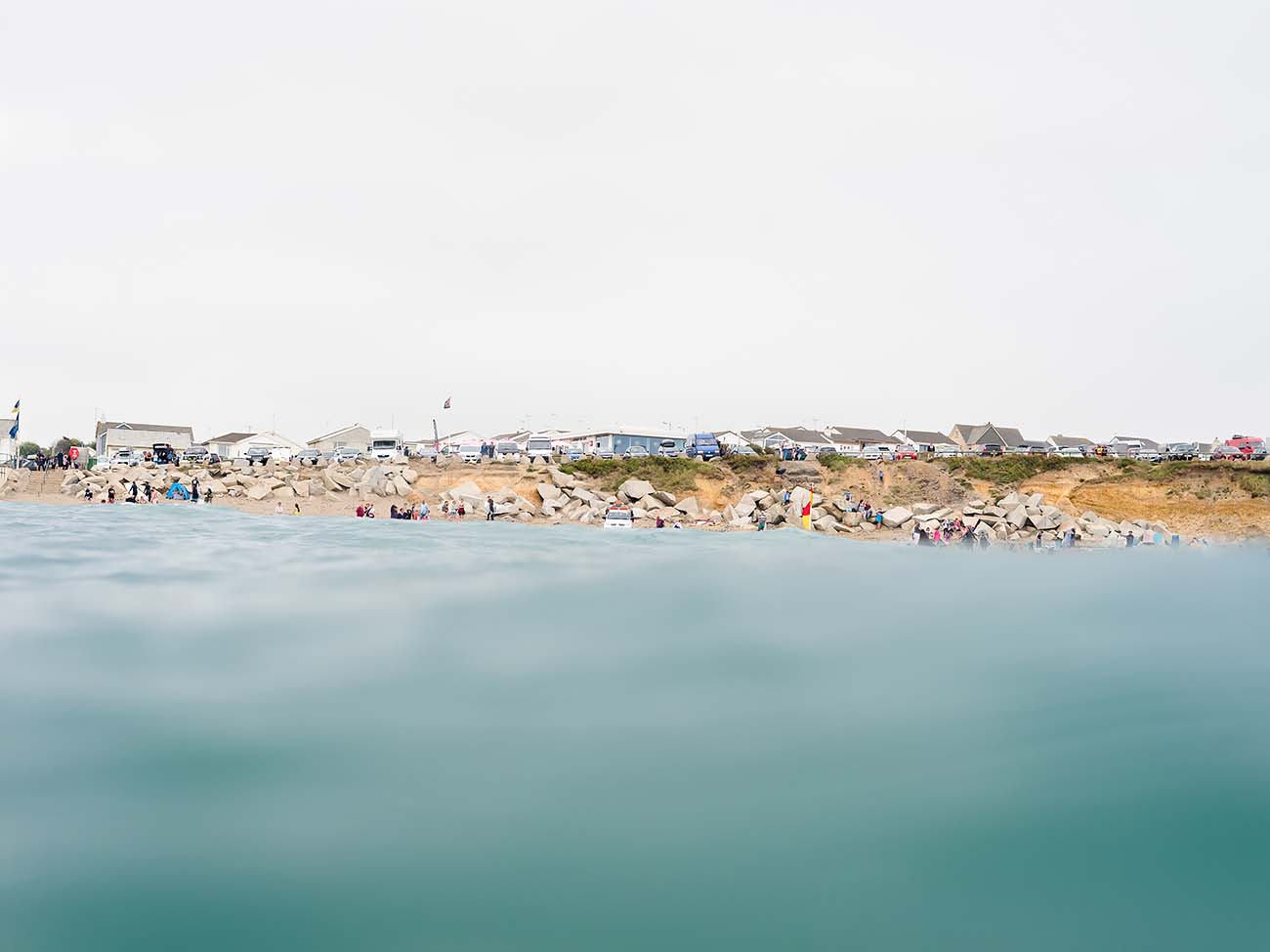 Aliki Braine's series Where Two Seas Meet is a body of work made after a visit to Skagen in 2018. This town is located on the northern coast of Denmark and famed for its headland: a sandbar spit where the North Sea and the Baltic Sea meet. As a result of the sea waters' different densities, a clear dividing line can be seen where the waters of these two seas collide. The negatives Braine took while on this visit were then folded along this line of collision, accentuating and acknowledging this natural feature but also the nature of composing, framing and constructing images.

Esther Teichmann's Heavy the Sea explores the relationship between fiction, myth and lived experience. Teichmann's installation reimagines space and encounters through feminist subjectivity. Her images portray a vision of paradise characterized by flowing water, dense foliage, clumps of seaweed, and jungle landscapes populated by nude men, women and children of various ages. Teichmann was one of the original artists shown at The New Alchemists in 2010 and will be presenting a new version of Heavy the Sea designed specifically for Photo50. 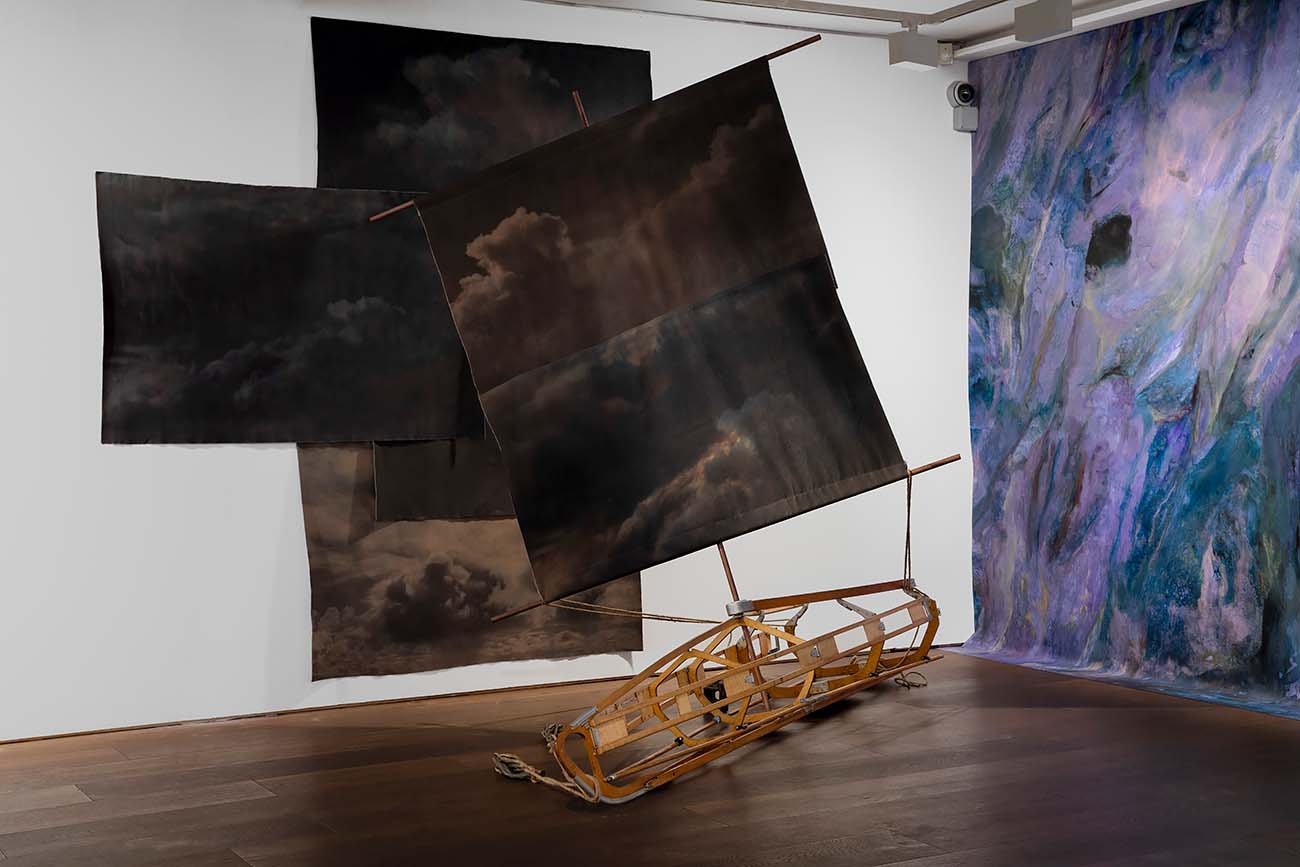 white in the sea explores Bindi Vora's intrigue and curiosity with the surface of the sea. Captured over the course of a single day, this study observes the water reflecting and refracting natural light. As the colours flow into one another they become boundless, reflecting the shared nature of the sea. This series sees digital techniques woven into the analogue process to intervene with the surface of the image. white in the sea is part of an ongoing volume of work that began in 2013, and is a continuation of Vora's exploration into the materiality of photography and one's perception of colour, as well as the surface of water.

Two of the works shown in Photo50 will explore the intersections between photography, film and performance. Shepherd Manyika's Head Nod 16 bars is an ongoing video performance piece filmed in various locations worldwide including Morocco, Singapore and the UK. The work responds to the 'Head Nod', a gesture synonymous in Hip Hop as a confirmation of "good". Manyika's project is constantly evolving and the version shown at Photo50 will be brand new for the Fair.

Alexander Mourant's film A Vertigo Like Self focuses on stillness and the possibility of achieving this. The film takes the viewer on a journey to a summer's day, creating a narrative timeframe from morning to evening. This journey begins with a boat arriving at the flatness of an island's shore to the elevation of waterfalls and mountains, developing into a portrait of an island in its entirety. In addition to the film, Mourant will exhibit a brand new print captured from the film for Photo50.

On a different theme, Sarah Pickering's Explosion Series features photographs shot at sites where fake bombs are deployed. Pickering captures the explosions as they are detonated in demonstrations, isolated in a benign landscape. The clouds of smoke, all in different shapes and colours, hover a few feet above the ground, capturing a fleeting moment that is both beautiful and enigmatic with its lack of context. 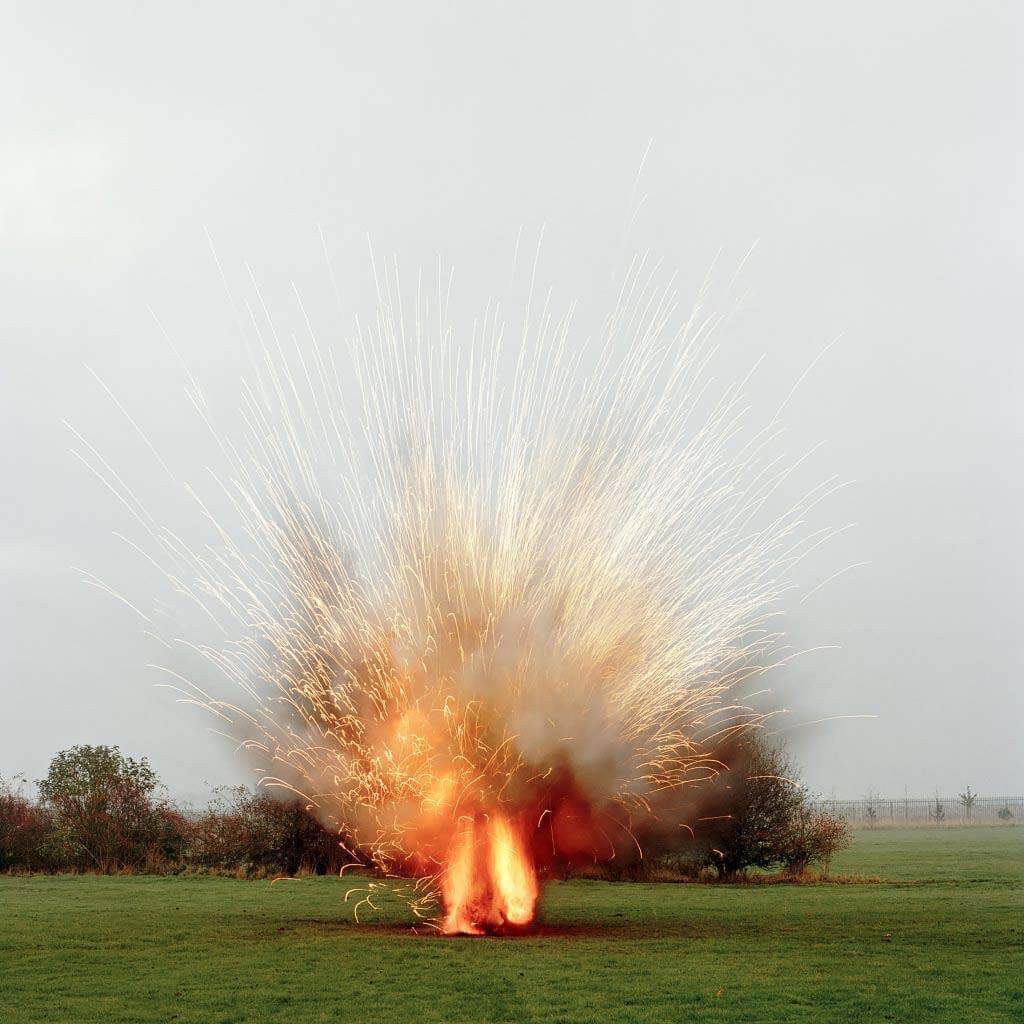 An additional new piece of work will be exhibited for the first time at London Art Fair by Hannah Hughes whose works focus on external movement and explore ways of moving around layers, edges and seams within the images. Hughes uses discarded paper pulp packing materials to create precarious temporary structures. Working with fragments, recycled materials and leftovers, the images consider what people choose to make use of and what they throw away. 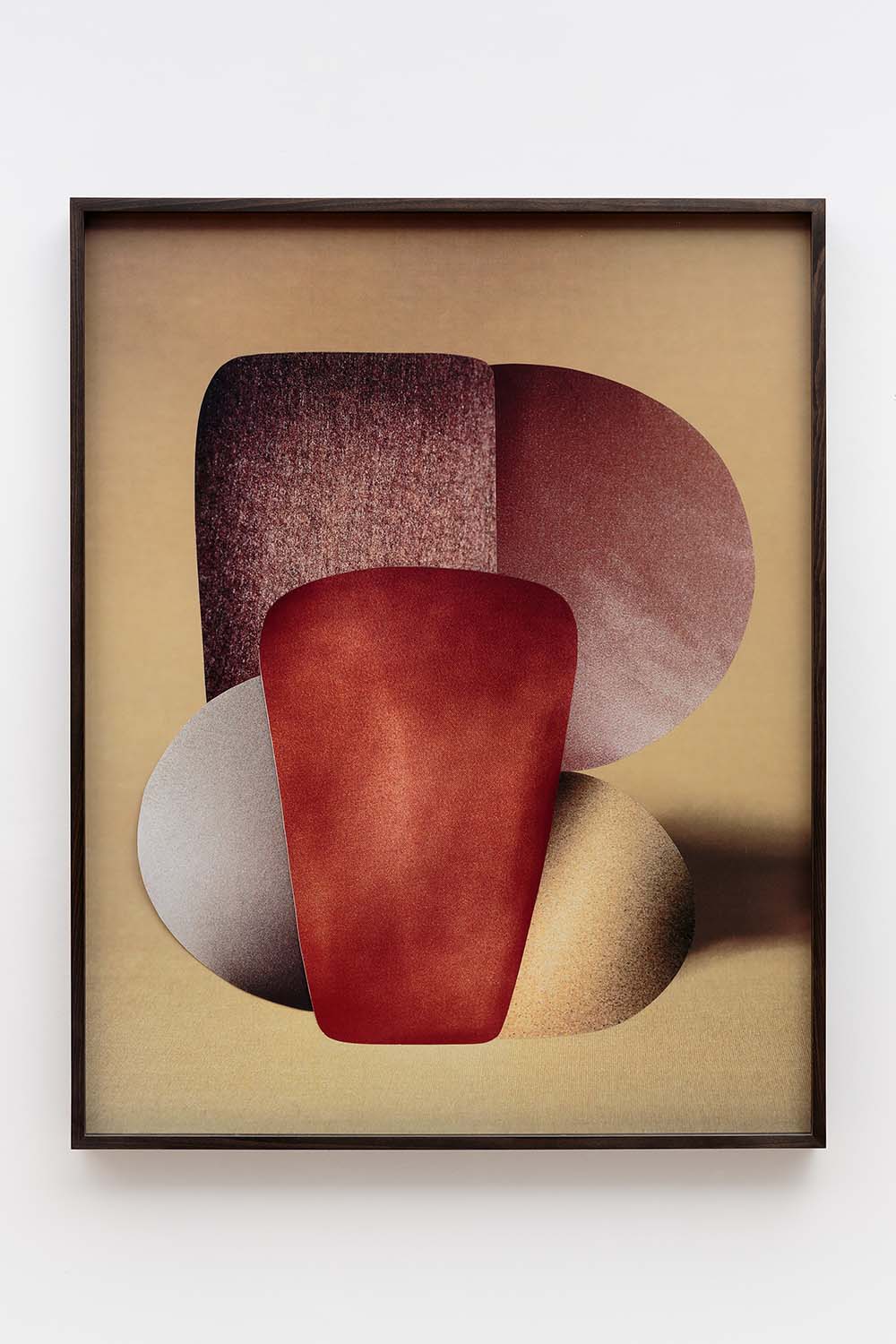 Find out more about Photo50