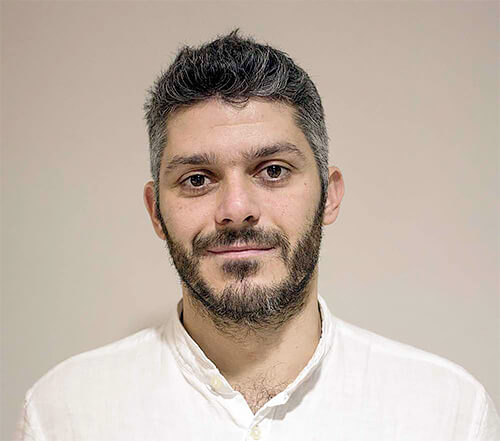 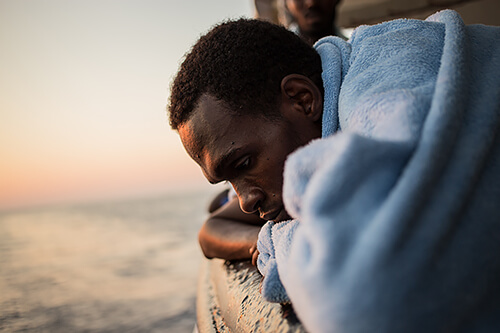 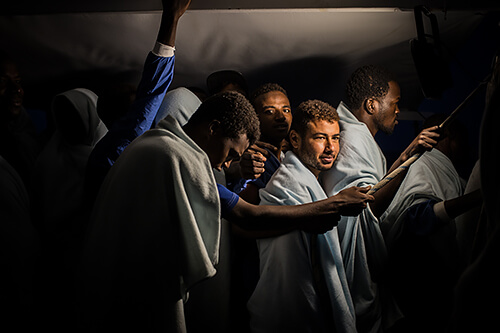 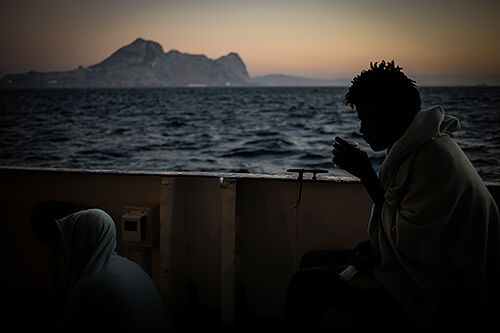 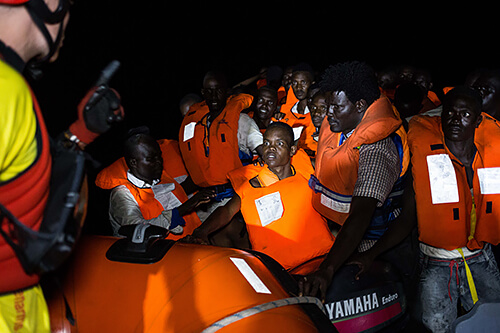 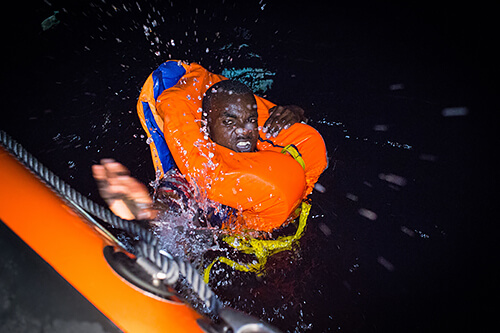 PreviousNext
© Valerio Nicolosi
Country: Italy | Born: 1984
Valerio Nicolosi, filmmaker and photojournalist based and born in Rome in 1984, has always had a passion for photography and video. In 2008 he graduated with highest honours from the 'Experimental Television Center' in Rome. He is always looking for the "human factor" on his photos. He made few reportages from the Syrian-Lebanon border about the crises of refugees and the humanitarian corridors. He made Italian and european network and investigative journalism programs for which he has made many reportages on the issue of immigrants and in particular in the "Jungle of Calais". He also covered the terrorist attacks both in Paris and Brussels. During the months of October and November 2016 he followed the US elections making a series of reportages together with the journalist Giovanna Pancheri, broadcast by SkyTg24. Most of the reportages were about human condition on suburbs of America. Making the documentary "Death Before Lampedusa" for the German national TV, ARD, he followed the operation "Mare Nostrum" on board the Italian military vessels deployed in the recovery of boats coming from Africa. He has made numerous music videos with Italian and Palestinian singer/songwriters and has published three books of short stories and photography, "Bar(n)Out", "Be Filmmaker in Gaza" "(R)Esistenze". He spent more than 20 days on board the "Proactiva Open Arms" boat, a Spanish NGO whose main mission is to rescue refugees from the sea that arrive in Europe fleeing wars, persecution or poverty. On that 3 weeks they rescued 86 refugees. He is just come back from the Gaza Strip where he taught filmmaking and did some reportages about fishermen and daily life. He also works as an occasional lecturer with the 'Audio-visual Journalism Tribune' at La Sapienza University and the Palestinian Al-Aqsa and Deir El-Balah, both located in the Gaza Strip. He collaboreted with the international press agency Reuters and currently he collaborates with Associated Press.
Website:
valerionicolosi.com
Share:
Selected Work:
Valerio Nicolosi

Thierry Cohen
Nationality: France
Born: 1963
Thierry Cohen was born in Paris in 1963. He began his professional career in 1985 and is seen as one of the pioneers of digital photography. His work has been shown at the Palais de Tokyo, and the Musee de l”Homme in Paris, and in 2008 was an official selection of the Mois de la Photo. Since 2010 he has devoted himself to a single project – “Villes Enteintes” (Darkened Cities) – which depicts the major cities of the world as they would appear at night without light (…)
All About Thierry Cohen

Nicholas White
Nationality: United Kingdom
Born: 1989
Nicholas JR White is a photographer based in the UK. His work examines our relationship with landscape and the ways in which we interact with our natural spaces. He has been featured in numerous publications internationally as well as being named in notable photographic awards such as the Magenta Foundation Flash Forward, Royal Photographic Society IPE, Landscape Photographer of the Year and the World Photography Organisation ZEISS Photo Awards. In 2017 Nicholas was awarded (…)
All About Nicholas White

Lise Sarfati
Nationality: France
Born: 1958
Lise Sarfati has lived and worked in the United States since 2003. She has realized six important series of photographs there. They have been followed by exhibitions and publications. Each of her works makes clear the identity of an approach focused on the intensity of the rapport established with the person photographed, and of that person with the context. A vision in which the individual is environment, a map outlining a perilous cultural geography. The richness of (…)
All About Lise Sarfati

Joanne Teasdale
Nationality: Canada
Born: 1958
From www.teasdaleart.com
Joanne Teasdale, an exhibiting abstract painter in her twenties, later returned to art, translating her life experiences into meticulous photorealist paintings, then photography. Teasdale, whose artwork explores the human experience and where light plays an important role in the rendering of the images, was naturally drawn to the (…)
All About Joanne Teasdale

Anderson-Staley’s tintype portrait work was awarded a New York Foundation for the Arts Fellowship and a Puffin Grant. She participated in the Bronx Museum AIM residency (…)
All About Keliy Anderson-Staley

Robi Chakraborty
Nationality: United States/India
Born: 1959
Originally from India, Robi Chakraborty studied photography under the prestigious O.P. Sharma at Triveni Kala Sangam Photography in New Delhi. He began his career doing both commercial and press photography in the early 1980s, but through wanderlust and with a spirit to explore, Robi became drawn to photographing the people in the cities and villages of his native India. Taking roads less traveled, Robi sought out cultures and ways of life that were quickly becoming lost in (…)
All About Robi Chakraborty