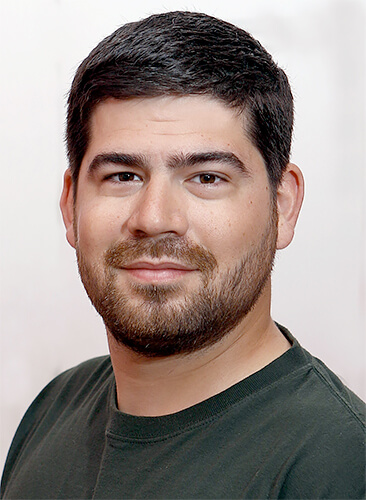 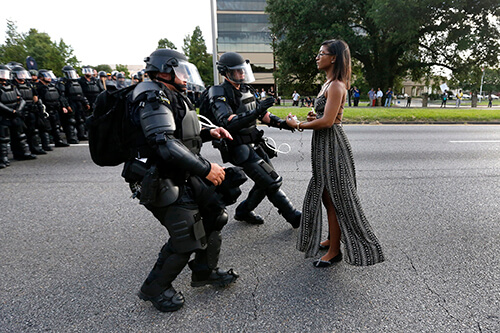 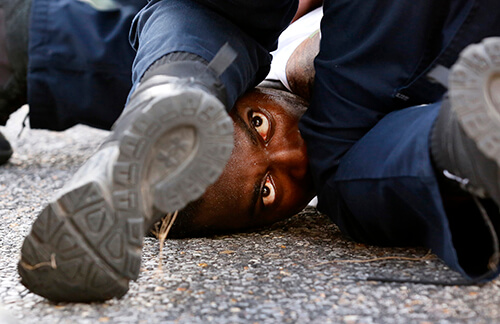 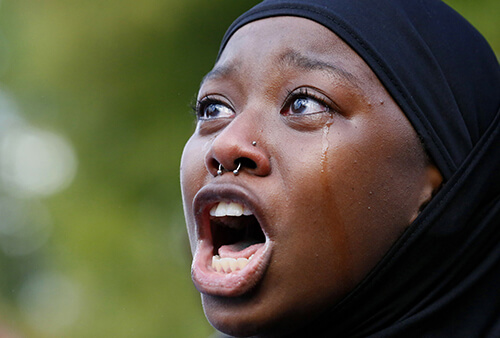 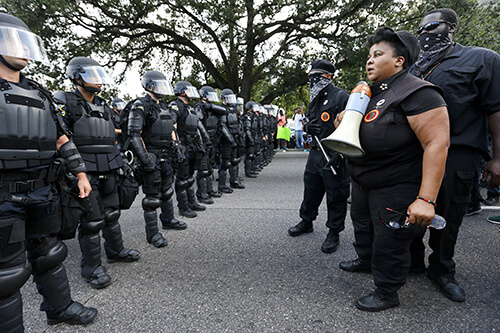 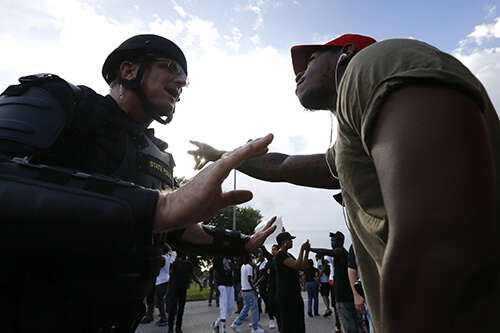 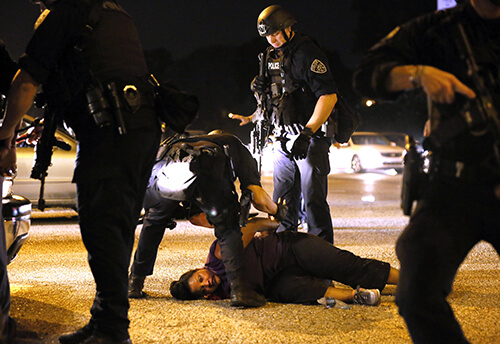 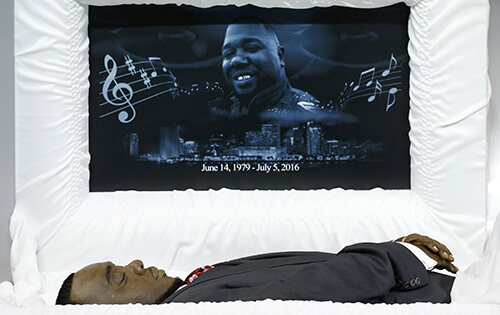 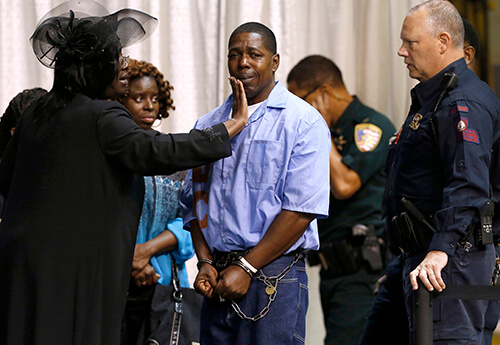 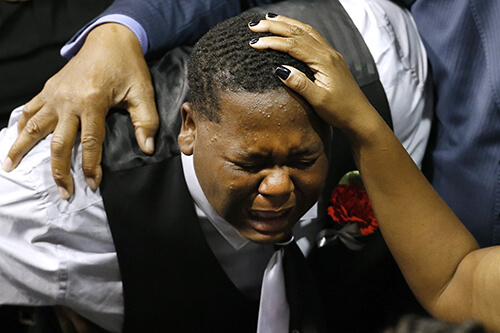 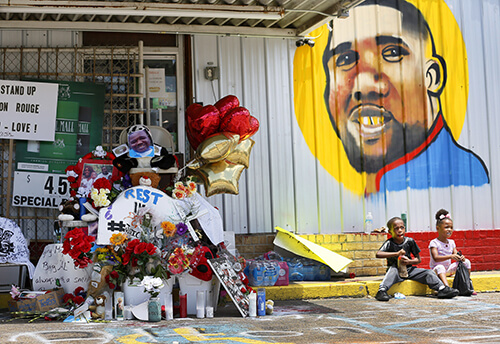 PreviousNext
© Jonathan Bachman
Country: United States | Born: 1984
Born in 1984 in Morristown, New Jersey, Jonathan Bachman studied photojournalism at Loyola University in New Orleans, Louisiana. In 2012, Bachman started photographing sporting events for the Associated Press and Reuters. In July 2016, Bachman was assigned to cover the killing of Alton Sterling, a 37-year-old black man who was shot dead by white police. It was the first demonstration Bachman ever covered. He is currently based in New Orleans as a freelance photojournalist covering sports and breaking news for Associated Press, Getty Images and Reuters.
Website:
www.jonathanbachmanphotography.com
Share:
Selected Work:
Jonathan Bachman

Arthur Bauer
Nationality: Russia/Germany
Born: 1983
Arthur Bauer, child of Volga Germans born in Almaty in 1983, immigrated to Germany in 1991. Since his master's degree in social sciences at the University of Mannheim, he has been working as a freelance photographer and filmmaker in the field of reportage, people, and art.

Alice Boughton
Nationality: United States
Born: 1866 - Died: 1943
Alice Boughton (14 May 1866 - 21 June 1943) was an early 20th-century American photographer known for her photographs of many literary and theatrical figures of her time. She was a Fellow of Alfred Stieglitz's Photo-Secession, a circle of photographers whose artistic efforts succeeded in raising photography to a fine art form. Alice Boughton was born in Brooklyn, New York, on 14 May 1866. Her parents were Frances Ayres and William H. Boughton, a lawyer in New York. As (…)
All About Alice Boughton

Matteo Bastianelli
Nationality: Italy
Born: 1985
Born in 1985, Matteo Bastianelli is a freelance photographer, documentary film director and publicist-journalist based in Rome. He attended the "Scuola Romana di Fotografia" where he achieved a masters’ in reportage d’auteur and photojournalism. Above all he works on personal long-term projects related to social, political and environmental issues, concentrating his endeavours on the consequences of the conflicts which led to the disintegration of ex- Jugoslavia. New (…)
All About Matteo Bastianelli

Illes Toth
Nationality: Denmark
Born: 1984
My name is Illés Tóth and I was born in 1984. I began to learn photography in Denmark on Brandbjerg Folk High School in 2013. Afterwards I continued as an autodidact, I read technical books and I practiced a lot. In 2014 I attended a course of photography in Hungary and I received a degree.

I am interested in people so I love to make portraits both spontaneously and adjusted. I am in love with streets, which I try to capture from both a classic and a (…)
All About Illes Toth

After his studies were completed, Peter made his (…)
All About Peter Ydeen

Beatrix Jourdan
Nationality: Hungary
Beatrix Jourdan (Bea Mészöly) was born in Budapest, attended The Hungarian University of Fine Arts, and is both a freelance graphic designer and photographer. Photography has been exhibited in solo and group shows in Luxembourg, Belgium/Brussels, London, Hungary, Italy, Kuala Lumpur, Senegal/Dakar Argentina and the USA. She is currently based in Dakar, Senegal.

"Being a professional graphic designer I worked with photos shot by others, making art catalogues (…)
All About Beatrix Jourdan

Jonathan Banks studied under the prolific artist John Blakemore, and graduated from the University of Derby with a BA honours in Photographic Studies. He cut his teeth in editorial photography freelancing for The Daily Telegraph and various agencies.

His work has appeared in international magazines and books. Jonathan has exhibited several (…)
All About Jonathan Banks

Liu Bolin
Nationality: China
Born: 1973
Liu Bolin is an artist born in China’s Shandong province in 1973, and he earned his Bachelor of Fine Arts from the Shandong College of Arts in 1995 and his Master of Fine Arts from the Central Academy of Fine Arts in Beijing in 2001. His work has been exhibited in museums around the world. Also known as "The Invisible Man", Liu Bolin's most popular works are from his "Hiding in the City" series; photographic works that began as performance art in 2005. Liu belongs to (…)
All About Liu Bolin

Zhang Jingna
Nationality: China
Born: 1988
Zhang Jingna born May 4, 1988 in Beijing, China is a photographer known widely on DeviantART as zemotion.Born in the suburbs of Beijing to a sporting family, Jingna moved to Singapore at the age of eight, where she attended Haig Girls' School. At the age of fourteen, nine months after picking up air rifle, Jingna broke a national record, and subsequently joined the national air rifle team. She was active in the team for six years, notable achievements include breaking (…)
All About Zhang Jingna

Eleni Mahera
Nationality: Greece
Born: 1974
I was born and raised in Agios Lavrentios, a small village on Mt Pelion, Greece. I have a Bachelor in English Language and Literature and a Master in Interdisciplinary Approach to Teaching Foreign Languages. I live in Komotini, a small provincial town in northern Greece and I am currently involved with Adult Education. My first contact with photography came in 2009 through a course offered by a local photography club. What actually gave me a new insight not only into (…)
All About Eleni Mahera