Share:
Country: United States | Born: 1948
Debbie Fleming Caffery's photographs capture moments of rich beauty in the people and places of Mexico and the American South. A native of Louisiana, Caffery is most comfortable in the shadows, drawn to movement, pattern and deep tonality. Caffery's photography has garnered praise for nearly twenty years, and has been included in exhibitions from the Smithsonian Institute in Washington D.C. to the Photo Gallery International, Tokyo.

Her work is in the collections of the Metropolitan Museum of Art, New York; the George Eastman House, Rochester; the Cleveland Museum of Art; and the Bibliotheque Nationale, Paris, France. Four monographs have been published of Caffery's work: Carry Me Home (Smithsonian, 1990), Polly (Twin Palms, 2002), The Shadows (Twin Palms, 2002), and The Spirit & The Flesh (Radius, 2009). Her awards include a Guggenheim Fellowship in 2005, and the Michael P. Smith Documentary Award and Louisiana Endowment for the Humanities in 2011.


Debbie Fleming Caffery grew up along the Bayou Teche in southwest Louisiana and still lives in the area. Early on in her career, she was inspired by the work of Dorothea Lange and many of the artists working within the FSA and Federal Arts Project of the WPA during the Depression. Like these forbears, she is interested in telling stories with her pictures, but unlike those earlier photographers, her work is as much artful as it is documentary. Her rich, and dramatic prints are the result of the deep relationships with the people and places she photographs, a visual corollary to the reverence she has for her subjects.

Caffery has photographed the sugarcane industry and its community in Louisiana since the late 1970s. She has also photographed in rural villages in Mexico for many years, creating works that draw connections between those communities and the ones in Louisiana that were so familiar to her from her own upbringing. In 2005, Caffery was the recipient of a Guggenheim Fellowship for the work she made of women working in brothels in Mexico. In 2006, she received the Katrina Media Fellowship from the Open Society Foundations to continue to photograph the aftermath of Hurricane Katrina.

Recently Caffery received a commission from the High Museum in Atlanta for their Picturing the South photography initiative. Her monographs include: Carry Me Home (Smithsonian, 1990), The Shadows (Twin Palms Press, 2002) and Polly (Twin Palms Press, 2004), The Spirit & The Flesh (Radius Books, 2009) and Alphabet (Fall Line Press, 2015). 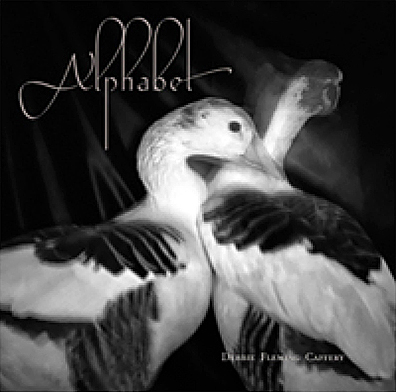 Alphabet
Author: Debbie Fleming Caffery
Publisher: Fall Line Press
Year: 2015 - Pages: 64
This sumptuous case-bound edition features 26 black and white photographs, each corresponding with letters of the alphabet. Pulled from Caffery s deep archive, this book reimagines in an open and creative way that essential experience of every childhood our ABCs. A unique and beautiful book, able to reach hearts and minds through the playful interaction between the alphabet and photography. The book also includes an introduction by Brett Abbott, Keough Family Curator of Photography and Head of Collections at the High Museum of Art in Atlanta, Ga. 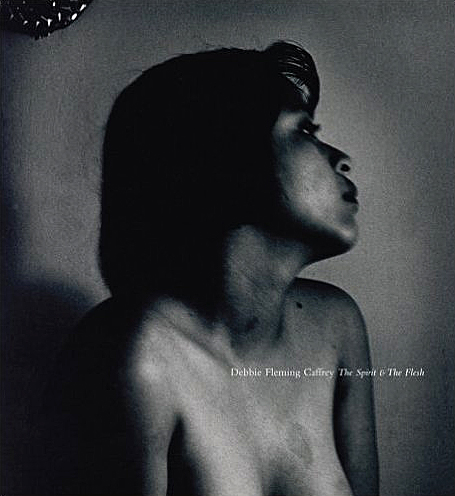 Debbie Fleming Caffery: The Spirit and the Flesh
Author: Debbie Fleming Caffery
Publisher: Radius Books
Year: 2009 - Pages: 96
Beginning in the mid-1990s, Louisiana-born photographer Debbie Fleming Caffery lived and worked on the grounds of the Catholic church in a small village in northeastern Mexico using a tortilla shack as her studio. In addition to the religious life of the town, she turned her lens on the nearby cantina that occasionally served as a brothel. The Spirit and the Flesh explores the themes of grace, redemption, sin and forgiveness that Caffery encountered in this community--of which she has said, "I felt incredibly comfortable in a culture rich in celebrations of religious feasts, with strong, independent, highly emotional people, much like the people I grew up with in southwest Louisiana. The brothel brought new elements into my work: secrets, sensual needs, desire and, often, unexpected love." 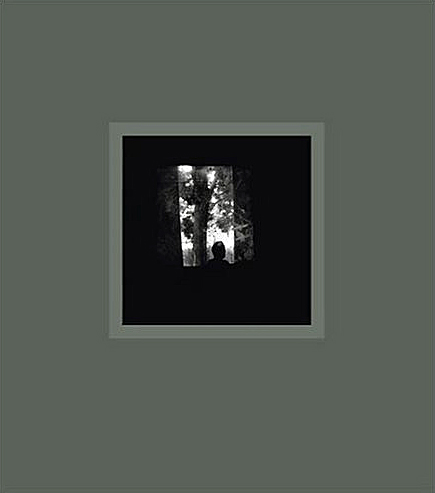 Polly
Author: Debbie Fleming Caffery
Publisher: Twin Palms Publishers
Year: 2005 - Pages: 56
Both Polly Joseph and Debbie Fleming Caffery are women of Southern Louisiana and together they formed an intimate, isolated bond initated by photography and matured into an unlikely friendship. The details of Polly's life, present and past, became a collection of fables Caffery drank in like the dust-filled air and the deep, articulated shadows that surrounded them. Caffery's photographs transmit mystery and truth through the story, body, and home of Polly: they are a collective portrait of unspeakable power. - Trudy Wilner Stack 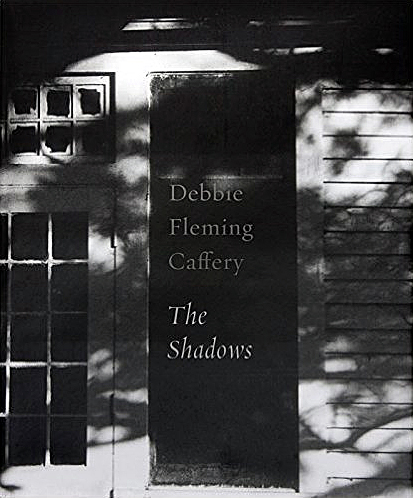 The Shadows
Author: Debbie Fleming Caffery
Publisher: Twin Palms Publishers
Year: 2002 - Pages: 96
Debbie Fleming Caffery's images can be seen as articles of faith. The relentless insistence of subject and symbol in these images is assuredly their greatest strength. This vigor results from a tension that can be both visual and emotional. In this marshy no-man s-land between description and illusion, her photographs serve as an able guide to truths that are better sensed than seen'. -John Lawrence

John Engstead
Nationality: United States
Born: 1909 - Died: 1983
John Engstead (22 September 1909 in California - 15 April 1983 in West Hollywood, California) was an American photographer. Engstead began his career in 1926, when he was hired as an office boy by Paramount Pictures' head of studio publicity, Harold Harley. In 1927, Engstead pleased his boss by arranging a photo session for actress Clara Bow with photographer Otto Dyer using an outdoor setting which was unusual at that time. Engstead's creative direction of photographs (…)
All About John Engstead

Irving Penn
Nationality: United States
Born: 1917 - Died: 2009
Irving Penn was born on June 16, 1917 in Plainfield, New Jersey, to Harry Penn and Sonia Greenberg. In 1922, Irving Penn's younger brother, Arthur Penn, was born, who would go on to become a film director and producer.

Irving Penn attended the Philadelphia Museum School of Industrial Art (now the University of the Arts) from 1934 to 1938, where he studied drawing, painting, graphics, and industrial arts under Alexey Brodovitch. While still a student, Penn (…)
All About Irving Penn

Frank Horvat
Nationality: Italy
Born: 1928
Frank Horvat is an internationally renowned fashion photographer, who has recently celebrated fifty years experience in the field. Throughout these years he has not only embraced fashion photography, but also been unafraid to experiment and adapt to new technologies, transcending the confines of photographic borders. His photography is diverse and considerably more complex than a cursory glance could reveal. He is perhaps best known for his spontaneity, trust and (…)
All About Frank Horvat

Hendrik Kerstens
Nationality: Netherlands
Born: 1956
Since 1995, Dutch photographer Hendrik Kerstens has been photographing his daughter, Paula. His photographs have been collected by museums around the world and have inspired taste-makers as diverse as Elton John and Alexander McQueen. (McQueen, in fact based his Fall 2009 collection on Kerstens' image of Paula with a plastic bag as a head-dress, using the image as his invitation for the show.)

Giuseppe Cardoni
Nationality: Italy
Born: 1957
He lives in Umbria, is an engineer, he prefers B/W reportage. He has been part of the Leica Photographic Group where he had the opportunity to attend Masters of Italian photography such as with Gianni Berengo Gardin, Piergiorgio Branzi, Mario Lasalandra. He is co-author, with the RAI journalist Luca Cardinalini, of the photographic book STTL La terra di sia lieve. (Ed. DeriveApprodi, Rome, 2006); with Luigi Loretoni he published in 2008 the photo book Miserere (Ed. L'Arte (…)
All About Giuseppe Cardoni

Christian Werner
Nationality: Germany
Born: 1987
Christian Werner is a freelance multimedia/photojournalist based in Boitzum, Germany. As a teenager he developed his interest in photography while traveling to foreign countries. In 2014 he graduated the photojournalism & documentary photography course at the University of Applied Sciences in Hannover. His main interests are social diversity and global political issues. The areas of interest is mainly the arabic world and culture. Chris worked in various countries (…)
All About Christian Werner

Fran Forman
Nationality: United States
Fran's photo paintings have been exhibited widely, both locally and internationally, and are in many private collections as well the permanent collections of the Museum of Fine Arts Boston, the Smithsonian National Air and Space Museum (Washington, DC), the Museum of Fine Arts, Houston, The Grace Museum (Texas), the Sunnhordland Museum (Norway), Western Carolina University Fine Art Museum, the Comer Collection at the University of Texas, and the County Down Museum (Northern (…)
All About Fran Forman

Tadao Cern
Nationality: Lithuania
In spring of 2010 I wanted to try something new and stopped being an architect.
That 'something new' turned out to be art.
My projects 'Blow Job', 'Revealing The Truth' and 'Comfort Zone' got a lot of media attention and been published on many newspapers, magazines and web sites including Daily Mail, Guardian Weekend, Photo, The Telegraph, The Sun, BILD, La Repubblica, View, Quo, Zeit, The Atlantic, Huffington Post, Trend Hunter, Installation Magazine, Ignant, Cultura (…)
All About Tadao Cern

Annalisa Natali Murri
Nationality: Spain
Born: 1982
Annalisa Natali Murri, freelance photographer, approached for the first time to photography at age 27, while attending Architectural and Urban Photography School in Valencia (Spain).
After completing her studies in engineering, soon she began to alternate her work to photography, focusing on personal research works and documentary projects, mainly inspired by social issues and their psychological consequences. In 2014 she was selected as an attendee for LOOKbetween (…)
All About Annalisa Natali Murri

Chris Steele-Perkins
Nationality: United Kingdom
Born: 1947
At the age of two, Chris Steele-Perkins moved to England from Burma with his father. He went to school at Christ's Hospital. At the University of Newcastle-upon-Tyne, he studied psychology and worked for the student newspaper; he graduated with honors in 1970 and started to work as a freelance photographer, moving to London in 1971. Apart from a trip to Bangladesh in 1973, he worked mainly in Britain in areas concerned with urban poverty and subcultures. In 1975 he worked (…)
All About Chris Steele-Perkins