Share:
Country: Norway | Born: 1976
Espen Rasmussen is based at Nesodden, close to Oslo, Norway. He works as a photo editor in VG Helg — the weekend magazine of the biggest daily Norwegian newspaper VG. At the same time he is constantly working on his own photo projects. Rasmussen focuses specially on humanitarian issues and the challenges related to climate change. He is represented by Panos Pictures. In 2008 he was listed by Photo District News on the prestigeous PDNs 30 — New and Emerging Photographers to Watch. He has won numerous awards for his work, including two prizes from World Press Photo, several in the Picture of the Year international (POYi) and 28 awards in the Norwegian Picture of the Year. In 2007, Espen received 60.000 dollar from the Freedom of Expression Foundation to continue his long-term project on refugees and IDPs around the world, which was published as the book TRANSIT in 2011, as well as a major exhibition. Rasmussen is freelance lecturing photography at schools such as the Oslo University College and Bilder Nordic school of Photography. He is also frequently giving presentations at photo festivals and for a wide range of other audiences. For the last two years, he has been one of three editors/mentors in Norwegian Journal of Photography (NJP). His work has been exhibited at the Nobel Peace Center (Oslo), The Humanity House (The Hague), UNHCR headquarter (Geneva) and DokuFest international film festival (Kosovo), among other places. Clients include the New York Times, The Independent, Intelligent Life, Fader magazine, MSF (Doctors Without Borders), NRC (The Norwegian Refugee Council) and UNHCR. His work has appeared in magazines such as Time, Newsweek, National Geographic, Der Spiegel and the Economist and newspapers such as The Sunday Telegraph and New York Times.
Agency:
Panos Pictures
Website:
espenrasmussen.com
Share:
Selected Book: 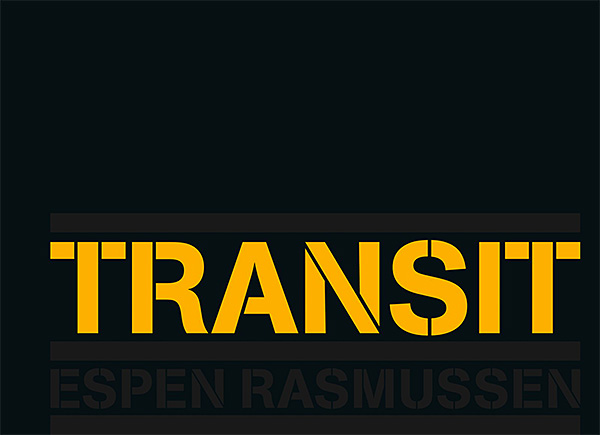 TRANSIT
Author: Espen Rasmussen
Publisher: Dewi Lewis Publishing
Year: 2011 - Pages: 192
Espen Rasmussen. Espen Rasmussen is picture editor at Norway's biggest newspaper VG. He constantly works on documentary projects, and has focussed particularly on social issues and climate change. For the last seven years he has worked on this long term project TRANSIT. Rasmussen has worked with NGOs, such as Medecins Sans Frontieres, the Norwegian Refugee Council and the UNHCR, as well as on stories for VG. He has won many awards for his work, including two at World Press Photo, seven at Pictures of the Year International and twenty six in the Norwegian Picture of the Year. In 2008, Photo District News (USA) named him one of the most promising young photographers in the world.

Justyna Neryng
Nationality: Poland
Born: 1981
Born in Poland in 1981, Justyna Neryng spent much of her childhood playing with her father’s cameras and dark room while roaming the forests of Chelmsko on the Czech boarder. As an adult, a mother and an immigrant to Britain, her photography has flourished into a substantial body of portraiture. Perhaps the most evocative of her works are her exquisitely emotive self-portraits that seem to carry the dark spirit of the forest from her childhood as well as potently (…)
All About Justyna Neryng

Trained as an engineer, the shy fascination that he had during childhood for his father’s camera finally takes over in 2007 when he starts as an independent photographer. Half in the studio, half in the fields, his work goes all the way from the dark corners of staged photographs to documentaries about the questions of our time. His photographs have been (…)
All About Sebastien Tixier

Aaron Siskind
Nationality: United States
Born: 1903 - Died: 1991
Aaron Siskind was born on December 4, 1903 in New York. He was the son of Russian Jewish immigrants and the fifth of six children. After receiving his Bachelor of Social Science degree from the College of the City of New York in 1926, he went on to teach high school English in the New York public school system for 21 years. His first loves were music and poetry, but he took an interest in photography after his 1929 wedding, when he received his first camera as a honeymoon (…)
All About Aaron Siskind

Philip Jones Griffiths
Nationality: Wales
Born: 1936 - Died: 2008
Born in Rhuddlan, Wales, Philip Jones Griffiths studied pharmacy in Liverpool and worked in London while photographing part-time for the Manchester Guardian. In 1961 he became a full-time freelancer for the London-based Observer. He covered the Algerian War in 1962, then moved to Central Africa. From there he moved to Asia, photographing in Vietnam from 1966 to 1971. His book on the war, Vietnam Inc., crystallized public opinion and gave form to Western misgivings about (…)
All About Philip Jones Griffiths

Bill Gekas
Nationality: Australia
From My Modern Met
Australia-based photographer Bill Gekas has a real knack for portraiture, particularly the kind that results in an homage to many Old Masters of classic paintings, including artists like Vemeer and Rembrandt. Using his five-year-old daughter as the model, Gekas recreates many mid-18th century settings that are inspired by portraits of adults from famous paintings. He (…)
All About Bill Gekas

Bear Kirkpatrick
Nationality: United States
Born: 1965
Bear Kirkpatrick’s work has been exhibited at the Center for Fine Art Photography (Ft.Collins), The Rayko Center (San Francisco), wall-space Gallery (Santa Barbara and Seattle), photo-eye Gallery (Santa Fe), Flowers Gallery (New York), and the PRC Gallery (Boston). His Wallportrait series was recently awarded a solo exhibitions at the Center for Fine Art Photography by Amy Arbus who juried the Portraits 2014 exhibition. His work has been published in Eyemazing (Netherlands),(…)
All About Bear Kirkpatrick

William Klein
Nationality: United States
Born: 1928
William Klein (born in New York, New York, USA, on April 19, 1928) is a photographer and filmmaker noted to for his ironic approach to both media and his extensive use of unusual photographic techniques in the context of photojournalism and fashion photography. He was ranked 25th on Professional Photographer's Top 100 Most influential photographers. Trained as a painter, Klein studied under Fernand Léger and found early success with exhibitions of his work. However, he (…)
All About William Klein

Fritz Liedtke
Nationality: United States
From fritzphoto.com
Fritz began photographing as a teen, carrying his Kodak 110 Instamatic around on a US tour with his father at age 14, in their little blue Datsun B210. Twenty-five years later, he continues to explore the world, camera in hand. In the intervening years, Fritz acquired a BFA in Photography; won numerous awards and grants for his work; enjoyed artist (…)
All About Fritz Liedtke

John Thomson
Nationality: Scotland
Born: 1837 - Died: 1921
John Thomson, one of the great figures of nineteenth century photography, is known for the unusual and exotic nature of his chosen subject matter. Born in Edinburgh, Scotland in 1837, Thomson took up photography as a profession in his early twenties. For ten years, from 1862, he traveled and explored the Far East, visiting Hong Kong, Singapore, Penang and the Malay Peninsula, Siam, Cambodia, Vietnam, Formosa and especially China. Utilizing a large wooden box-type camera (…)
All About John Thomson