Share:
Country: France | Born: 1941
A fashion and commercial photographer since 1968, and also a filmmaker, Sarah Moon is known for her dreamlike images and her representation of femininity as free from time and context, as living in a fairy world. Although Moon has been a major participant in the world of fashion for more than three decades, she has carefully carved out her own niche -- a signature style that dispenses with the erotically suggestive poses favored by many of her male counterparts in favor of the emblems of luxury and nostalgia. Mystery and sensuality are at the core of Moon's work, whether she's photographing haute couture, still life, or portraiture. In this book, Moon's first major retrospective, viewers will be treated to a visual tour-de-force, showing all the genres she has explored in her rich and diverse career.


Sarah Moon, previously known as Marielle Hadengue, is a French photographer. Initially a model, she turned to fashion photography in the 1970s. Since 1985, she has concentrated on gallery and film work. Hadengue was born in Vichy in 1941. Her Jewish family was forced to leave occupied France for England. As a teenager she studied drawing before working as a model in London and Paris (1960–1966) under the name Marielle Hadengue. She also became interested in photography, taking shots of her model colleagues. In 1970, she finally decided to spend all her time on photography rather than modelling, adopting Sarah Moon as her new name. She successfully captured the fashionable atmosphere of London after the "swinging sixties", working closely with Barbara Hulanicki, who had launched the popular clothes store Biba. In 1972, she shot the Pirelli calendar, the first woman to do so. After working for a long time with Cacharel, her reputation grew and she also received commissions from Chanel, Dior, Comme des Garçons and Vogue. In 1985, she moved into gallery and film work, even making a pop video.


Texture, surface, seeing, believing, dreaming. It is difficult to summarize Sarah Moon’s fantastical photography - almost thirty years of image making has made Sarah Moon a legend in her own lifetime. Well known for her very personalized commercial work since the early 1970s, Sarah has continued to investigate a world of her own invention without repetition and also without compromise. Looking into Sarah Moon’s extraordinary photographs is comparable to looking through a two-way mirror. The mirror surface becomes the print and the viewer has the privilege of standing on the ’other-side’ looking through the image at the same time. The living creatures are rendered so ’still’ and conversely the inanimate objects, such as the dolls, become human and expressive with their own inimitable character, ultimately mirroring each other. There is an atmosphere and intensity which is constantly apparent that sets her work apart.

It is also the range of subject matter, the banal, the incidental, and the secret that Sarah Moon allows us to see in a new and extraordinary light. The current trend in photography is towards a method that is more and more interventionist. Moon takes little pleasure in this kind of creation, but is involved in a personal search. The dream world is quintessential to her work; her images lead us into a world bewitched. When men appear, her pictures move towards a more disturbing surrealism and a dangerous mystery is inferred. These are photographs in which the bizarre and unusual confront ordinary reality. 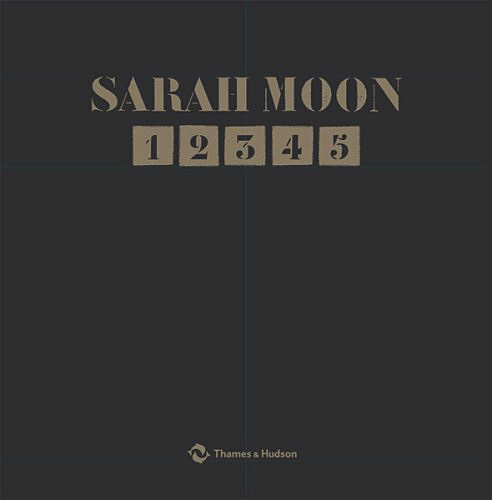 Sarah Moon 12345.
Author: Sarah Moon
Publisher: Delpire
Year: 2011
5 paperback books housed in a cardboard slipcase, with free DVD of Mississippi One. A must have! 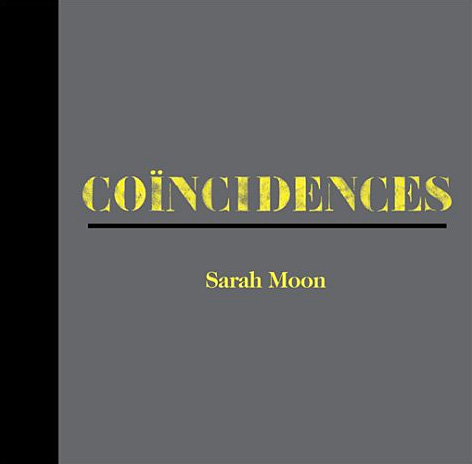 Sarah Moon: Coincidences
Author: Sarah Moon, Robert Delpire
Publisher: Arena Editions
Year: 2001 - Pages: 288
A fashion and commercial photographer since 1968, and also a filmmaker, Sarah Moon is known for her dreamlike images and her representation of femininity as free from time and context, as living in a fairy world. Although Moon has been a major participant in the world of fashion for more than three decades, she has carefully carved out her own niche -- a signature style that dispenses with the erotically suggestive poses favored by many of her male counterparts in favor of the emblems of luxury and nostalgia. Mystery and sensuality are at the core of Moon's work, whether she's photographing haute couture, still life, or portraiture. In this book, Moon's first major retrospective, viewers will be treated to a visual tour-de-force, showing all the genres she has explored in her rich and diverse career.

Marco Garabello
Nationality: Italy
No, I haven't been a photographer for all of my life. When I was younger, I worked as a journalist and TV anchorman, then, for another ten years, I worked as a manager for several companies, both Italian and foreign. Then the "fil rouge" of photography, that crossed my whole life, had the upper hand and became a full-time job, that I could enrich with all my previous experiences.
More than six hundreds awards in International Photo Contests (among which 120 gold medals)(…)
All About Marco Garabello

Mustafa Dedeoglu
Nationality: Turkey
Born: 1978
He was born at Uskudar - Istanbul, he started to live in Istanbul after graduated from Industrial engineering. He has been interested in taking photograps for 5 years. The main purpose sharing his works is to awake different senses on watchers . He contunies to live the same density as his first photos. He avoids conscientiously to abuse the facts as human feelings on his human photos. He enjoys taking different shots like giving photos of the subject clearly and sometimes (…)
All About Mustafa Dedeoglu

Across all of his work, regardless of the medium, there is one unifying theme— finding beauty, in any circumstance. That could be in the inner-city schools of Oakland, rural Sinaloa, (…)
All About Matthew O'Brien

Yang Yongliang
Nationality: China
Born: 1980
Born in 1980 in Shanghai, Yang Yongliang graduated from China Academy of Art in 1999, majored in visual communication. He currently works and lives in Shanghai. He started his experiments with contemporary art in 2005, and his practice involved varied media including photography, painting, video and installation. Yang exploits a connection between traditional art and the contemporary, implementing ancient oriental aesthetics and literati beliefs with modern language and (…)
All About Yang Yongliang

Patrick Joust
Nationality: United States
Born: 1978
Patrick Joust is a 32 year old photographer living in Baltimore, Maryland. Born in Oroville, California, Patrick has gone back and forth between both coasts of the United States, before settling permanently in Baltimore in 2006 where he works as a librarian for the city library system. He started to take photography seriously about 8 years ago, but it wasn’t until he lived in Baltimore that he finally started to regularly capture and convey something close to what he wanted. (…)
All About Patrick Joust


All About Melissa Lazuka

Tommy leaves the interpretation of his work up to the viewer but says, "For me, surrealism is about trying to explain something abstract like a feeling or a thought, expressing the subconscious with a picture. The (…)
All About Tommy Ingberg

Nick Brandt
Nationality: United Kingdom
Born: 1966
Nick Brandt is a photographer who photographs exclusively in Africa, one of his goals being to record a last testament to the wild animals and places there before they are destroyed by the hands of man. Born in 1966 and raised in London, England, Brandt studied Painting, and then Film at Saint Martin's School of Art. He moved to the United States in 1992 and directed many award-winning music videos for the likes of Michael Jackson (Earth Song, Stranger in Moscow, Cry), (…)
All About Nick Brandt