Share:
Country: United States | Born: 1929 - Died: 2013
Bertram Stern (October 3, 1929 – June 26, 2013) was a self-taught American commercial photographer. He was the son of Jewish immigrants and grew up in Brooklyn. His father worked as a children’s portrait photographer. After dropping out of high school at the age of 16, he gained a job in the mail room at Look magazine. He became art director at Mayfair magazine, where Stern learned how to develop film and make contact sheets, and started taking his own pictures. In 1951, Stern was drafted into the US Army and was sent to Japan and assigned to the photographic department. In the 1960s Stern's heavy use of amphetamines, led to the destruction to his marriage to Balanchine ballerina, Allegra Kent. By the late 1970s Stern returned to the U.S. to photograph portraits and fashion. He was the subject of the 2010 documentary, "Bert Stern: Original Madman," directed by his secret wife, Shannah Laumeister. Ms. Laumeister and Stern never lived together, and Stern had a long standing relationship of 20+ years with Lynette Lavender who was his constant and devoted companion. His first professional assignment was in 1955 for a Madison Avenue advertising agency for Smirnoff vodka. His best known work is arguably The Last Sitting, is a collection of 2,500 photographs taken for Vogue of Marilyn Monroe over a three-day period, six weeks before her death. Stern's book The Last Sitting was published in 1982 and again in 2000. He has photographed Audrey Hepburn, Elizabeth Taylor, Madonna, Kylie Minogue, Drew Barrymore and Lindsay Lohan (recreating The Last Sitting), among others, in addition to his work for advertising and travel publications. 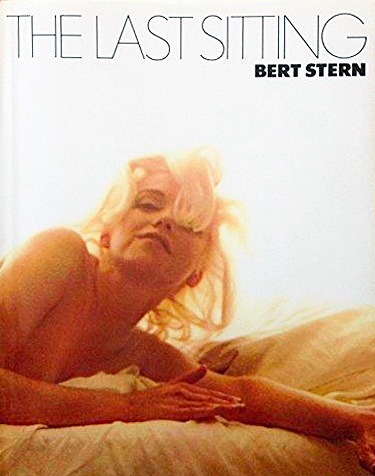 The Last Sitting
Author: Bert Stern
Publisher: Random House Mondadori
Year: 2007 - Pages: 128
Bert Stern, the famous commercial and fashion photographer of the 60s, was the last to be granted a sitting by Marilyn Monroe six weeks before her tragic death. The three-day session yielded amazing pictures—fashion, portrait, and nude studies—of indescribable sensual and human vibrancy, of which Mr. Stern’s favorites are published in this book.

Joakim Eskildsen
Nationality: Denmark
Born: 1971
Joakim Eskildsen was born in Copenhagen in 1971 where he trained with Royal Court photographer, Mrs. Rigmor Mydtskov. In 1994, he moved to Finland to learn the craft of photographic book making with Jyrki Parantainen and Pentti Sammallahti at the University of Art and Design in Helsinki, graduating with an MA degree in photography in 1998. He often collaborates on projects with writer Cia Rinne, and his publications include Nordic Signs (1995), Blue-tide (1997), iChickenMoon (…)
All About Joakim Eskildsen

Nadav Kander
Nationality: Israel
Born: 1961
Nadav Kander is a London based photographer, artist and director, internationally renowned for his portraiture and landscapes. His work forms part of the public collection at the National Portrait Gallery and the Victoria and Albert Museum in London. Kander's work is also exhibited in numerous international galleries and museums. Kander was born in tel Aviv, tal aviv. His father flew Boeing 707s for El-Al but when he lost his eye for medical reasons he was unable to (…)
All About Nadav Kander

S. Gayle Stevens
Nationality: United States
S. Gayle Stevens has worked in antiquarian photographic processes for over fifteen years. Her chosen medium is wet plate collodion for its fluidity and individuality. She exhibits extensively across the United States, United Kingdom, the Netherlands and China. Ms. Stevens received an MFA from the School of the Art Institute of Chicago in 1999. She is an educator, speaker, juror, curator and an active member of the photographic community. Named one of the Critical Mass Top (…)
All About S. Gayle Stevens

Lorenzo Formicola
Nationality: Italy
Born: 1990
My Name is Lorenzo Formicola, I was born in Italy. After completing my degree in photography in Rome, I worked as an assistant for different photographers including Mario Testino, Peter Lindbergh and Craig McDean.

My work is clean, with bright lighting, and shows my youthful visions and sensitivity to textures.
All About Lorenzo Formicola

Trevor Cole
Nationality: Ireland
To capture people and landscapes and the interactions between them in the light of a world in transition is to encapsulate an inimitable moment, which will never again materialise. My own 'take' as a geographer photographer!

Born in the City of Derry, but I have lived most of my life outside the bounds of Ireland; in England, Singapore, Togo, Italy, Ethiopia and Brazil. I returned to Ireland (Donegal) in 2012.

My photography, together with travel, have (…)
All About Trevor Cole

Daniel Grant
Nationality: United States
The images I produce tell a story of the experiences that I have had the opportunity to be a part of. My formative years were spent traveling through the United States, Mexico and Europe, where culture, art and the natural environment made a lasting impression. I searched for the best way to be expressive and to create my own unique form of storytelling. My voice was found through the novel and unique views of the toy cameras: ‘Holga’ and ‘Diana.’ these cameras were first (…)
All About Daniel Grant

Dorte Verner
Nationality: Denmark
Dorte Verner was born in Denmark and lives in Washington, D.C, USA. She holds a Ph.D. in economics and a passion for bringing change and attention to vulnerable people and voiceless people. Dorte's expertise in international development allows her to understand the reality in the environments she photographs. Dorte has won numerous prizes and awards for her photographs, e.g. she won the Nikon-100-Year Photo Contest 2016-2017, specifically the Most Popular Entry: Disappearing (…)
All About Dorte Verner

Carolyn Hampton
Nationality: United States
Born and raised in Southern California, Carolyn Hampton first fell in love with photography at the age of 10 when her parents gave her a Pentax camera for her birthday. With camera always in hand, Carolyn went on to live in two European countries, travel the world, and learn to speak several languages. On a long trip by herself to Sub-Saharan Africa, shooting many rolls of film in that beautiful light amid a wild and unpredictable landscape, an artistic spark was (…)
All About Carolyn Hampton