Share:
Country: Sweden | Born: 1967
Martin Bogren was born 1967 in Sweden and is now based in Malmo. His photographic practice has developed by a personal documentary tradition in the early 90’s – photographing bands and artists. His first book The Cardigans_- Been It was published in 96 after several years touring with the band.

Swedish born Martin Bogren first came to attention in 1996 with his book on the Swedish band, The Cardigans, who he photographed over several years while touring with the band. He has since published two photobooks, Ocean and, most recently, Lowlands. A winner of the prestigious Scanpix Photography Award in Sweden he has been exhibited throughout Scandinavia as well as in France, Ireland, Portugal, India and USA. Christian Caujolle is one of the France's leading curators and critics. A founder of Agence VU he has curated major festivals such as PhotoEspańa, Rencontres d’Arles and Foto Biennale Rotterdam, and his extensive writings on photography have been published worldwide.
Agency:
Galerie Vu
Gallery:
Galerie Vu
Website:
www.martinbogren.net
Share:
Selected Video:
Selected Books: 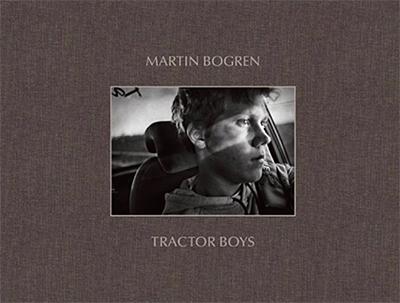 Tractor Boys
Author: Martin Bogren
Publisher: Dewi Lewis Publishing
Year: 2013 - Pages: 60
Youngsters meet up on the village outskirts, racing their tractorcars, burning tyremarks into the warm summer asphalt. The smell of rubber, oil and souped-up engines fills the air when the engines speed. The cars form into a circle as the boys take turns in the middle. It is a game – showing their skills – showing off to the girls. Strength is measured and proved – as if in a strange ritual mating dance.

The car of choice is known as an EPA tractor, a Swedish term for an older car converted for use as an agricultural machine. These became common in the 1930s and were previously called ‘car-tractors’. During the 1950s EPAs had almost died out as new tractors had come down in price and become more available. The EPAs were almost forgotten until youths discovered that the EPA law offered them a way to drive, even as 15 year-olds – and so during the 1960s and 1970s they became increasingly popular in rural areas. Tough rules are in force to restrict the gearing on the cars and their speed is supposed to be limited to 30 km per hour. There is also no suspension on the rear wheels, making them extremely uncomfortable to drive at high speed. However, the boys are skilled with cars and very creative when it comes to finding ways to bypass these legal and physical restrictions that limit the power and speed of the engines. The solutions they come up are numerous and are closely guarded secrets. 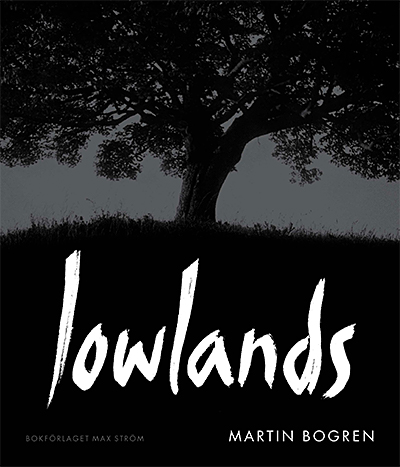 Lowlands
Author: Martin Bogren
Publisher: Bokforlaget Max Strom
Year: 2011 - Pages: 112
In Martin Bogren’s Lowlands we are presented with a story narrated by images that resides between the documentary, the dreamy, and the personal. For several years, Bogren returned to his childhood village in Skĺne. This beautiful book is a personal depiction of his memories and of the people still living in the village. Bogren’s black-and-white photographs create a feeling of stepping into another world where time stands still. 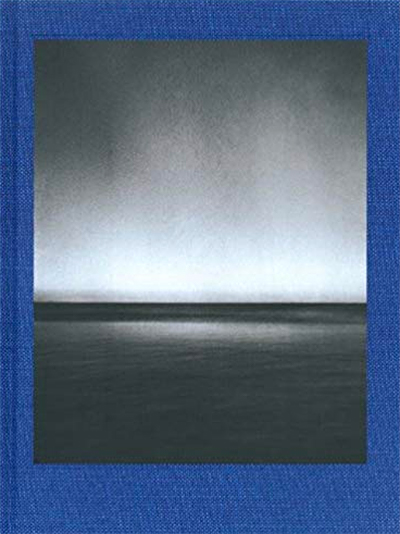 Martin Bogren: Ocean
Author: Martin Bogren
Publisher: Journal
Year: 2009 - Pages: 40
Martin Bogren’s compact collection of black and white photographs, captures the joy and playfulness surrounding a group of Indians first visit to the Indian Ocean after they travelled more than 1000 miles by bus from the province of Rajasthan, India.

Dave Jordano
Nationality: United States
Born: 1948
Dave Jordano was born in Detroit, Michigan in 1948. He received a BFA in photography from the College for Creative Studies in 1974. In 1977 he established a successful commercial photography studio in Chicago, IL, shooting major print campaigns for national advertising agencies.

Since 2000, Jordano has concentrated on and established himself as an awarding winning mid-career fine art documentary photographer. He was awarded an honorable mention in the Houston (…)
All About Dave Jordano

Elisabeth Sunday
Nationality: United States
Elisabeth Sunday has been photographing indigenous people across the African continent for the last 26 years. Using a flexible mirror she created for the purpose (and hand carries unaccompanied to some of the most remote and dangerous spots on earth), Sunday has created her own analog process that prefigured Photoshop that she calls "Mirror Photography". Her method of photographing her subjects emphasizes and enhances their grace, elongating the body and the folds of their (…)
All About Elisabeth Sunday

Laurent Chehere
Nationality: France
This Parisian by birth is a former award-winning advertising for his campaign Road Safety. Audi or Nike. One day he decides to leave the advertising to go around the world. Upon his return he chose to live his two passions, travel and photography. From Shanghai to Valparaiso, frome Srinagar to Ushuais, from La Paz to Lhasa, from Bamako to Bogota. He will feed his imagination and give us his view of the world and others. He loves exploring the cities, suburbs, country, (…)
All About Laurent Chehere

Izis
Nationality: Lithuania
Born: 1911 - Died: 1980
Israëlis Bidermanas, who worked under the name of Izis, was a Lithuanian-Jewish photographer who worked in France and is best known for his photographs of French circuses and of Paris.

Born in Marijampol, present-day Lithuania, Bidermanas arrived in France in 1930 to become a painter. In 1933 he directed a photographic studio in the 13th Arrondissement of Paris. During World War II, being a Jew, he had to leave occupied Paris. He went to Ambazac, in the (…)
All About Izis

For more than 40 years, Robert Bergman has traveled the streets and back alleys of the United States, photographing the people and scenes he encounters. Beginning in the 1960s, he, like so many other so-called street photographers of that generation, used a 35mm camera to make black-and-white photographs. In the 1980s Bergman began to work in color. Using no special lighting or equipment, he made a series of monumental portraits of the people he met.

All About Robert Bergman

Harry Fisch
Nationality: United States
After years of traveling, Harry Fisch has come to the conclusion that technique and vision are indispensable tools, but that empathy, curiosity, pleasure through personal relationships are the determinants which enable photography to transmit so much more than a post card.

A leader of photographic travel workshops he founded 10 years ago Nomad Photo Expeditions www.nomadphotoexpeditions.com . (…)
All About Harry Fisch

Fabrice Fouillet
Nationality: France
Born: 1974
Fabrice Fouillet was born in 1974. He first studied sociology and ethnology, then photography at the Gobelins school in Paris, and specialized in still lifes. He currently lives in Paris and regularly works with many magazines, such as Vogue, Wallpaper, Numero, L’Express, Le Monde, The New York Times... His out-of-studio approach fluctuates between art and documentary and aims to explore the close relationship of men with their environment. His work favours a thorough (…)
All About Fabrice Fouillet

Fausto Podavini was born in Rome, where he still lives and works. His passion for photography began when he was 18, first as assistant and studio photographer, then working on ethnological and social reportage. In 1992, he worked at MIFAV, the photography museum at Tor Vergata University in Rome and then studied at the John Kaverdash photography academy in Milan, taking a master’s degree in reportage. Podavini left studio photography to dedicate himself exclusively to (…)