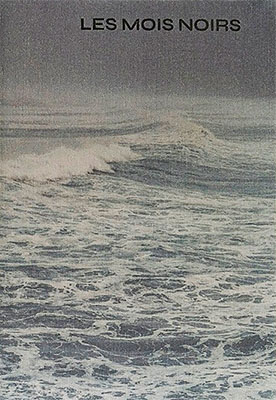 I was in my twenties, we had just decided to spend our life together and I had already had to go to Malaysia for several months. To seal our very young relationship, she decided to submit me to the "bigouden test", an initiation ceremony of a few days, at her grandparents' in Kérity.

From the first moment, I was literally bewitched. The smile of her grandmother welcoming us on the sidewalk, the blinding white light on the front of the house, the tray of steamed langoustines on the living room table ... then the strolls on the shore, the silhouette of the lighthouse, the stories of sailors lost at sea

Everything, my retina printed everything.

Twenty years later, here we are again at Kérity. With our two daughters.

After more than a decade of life in Paris, we are yearning for profound changes. We have considered everything: Rio de Janeiro, San Francisco, Montreal.

Finally, it was at Cap Caval, the southern tip of Finistère, that we decided to settle.

In Kerity, in the house of Catherine's grandparents.

Quickly, this small familiar territory provoked the long-awaited Copernican revolution. The end of Parisian commissions has enabled me to practice a more personal photography and our new environment becomes my main source of inspiration. It's about trying to express the emotions I can feel living here on the edge of the world.

I grope around, experiment with several photographic forms to escape the worn-out iconography of the seashores, boats and fishing nets. Luckily, I'm too sick at sea to photograph on board! So I stay at the quay and push the door of the hangars: auctions, shipyards, marine forges, canneries, coolers ... I discover the "On land " sector fed by the successive tides of trawlers, trolling boats and netters. Community. Manual work. Painfulness. The economic and social architecture of the territory.

And there are young people . Those who have not left "the country" but cling to it, viscerally. They intrigue me, I photograph them: the young self-employed fisherman, queen of the embroiderers, miller, fish-scaler, surfer ... why do they stay when the majority leave? They guide me on new paths and help me complete my "Bigoudene" mind map. 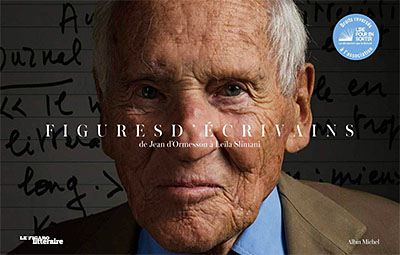 Interview
Exclusive Interview with Tatiana Wills
Over the course of her multifaceted career, Wills ran the photo department at a notable entertainment agency in Los Angeles. While spearheading guerrilla marketing campaigns, her longing to be a part of a burgeoning art community was reignited, and she embarked on a personal project about the outsider art scene of the early aughts. She has photographed the likes of Shepard Fairey, Mister Cartoon, Gabrielle Bell, David Choe, Saber One, and Molly Crabapple. Other series in her vast repertoire include notable dancers and choreographers Kyle Abraham, Lucinda Childs, Jacob Jonas, and Michaela Taylor, along with a multitude of dance artists, all of which is inspired through a lifetime of documenting her daughter, Lily, and witnessing her journey to become a professional ballerina.
Read More

Interview
Exclusive Interview with Lenka Klicperova
I first discovered Lenka Klicperová's work through the submission of her project 'Lost War' for the November 2021 Solo Exhibition. I chose this project for its strength not only because of its poignant subject but also for its humanist approach. I must admit that I was even more impressed when I discovered that it was a women behind these powerful front line images. Her courage and dedication in covering difficult conflicts around the world is staggering. We asked her a few questions about her life and work.
Read More
Call for Entries
Solo Exhibition September 2022
Win an Online Solo Exhibition in September 2022
© Sebastian Sardi
Do you like cookies? 🍪 We use cookies to ensure you get the best experience on our website, to show you personalized content and to analyze our website traffic. Learn more
Explore All About Photo
All About Photo
About Us
Contact Us
Link Back
Press
Blog
Newsletter
Terms of Use
Privacy Policy
Competitions
All About Photo Competitions
September 2022 Solo Exhibition
AAP Magazine: Shapes
Our Jurors
All Photo Contests
Open Photo Contests
Amateur Photo Contests
Professional Photo Contests
Portfolio Reviews
Photo Competition News
Artists
Photographers A-Z
Masters of Photography
Modern Photographers
Rising Photographers
Articles
Interviews
Inspirational
Photography Exhibitions
Photography Festivals
Photo Fairs
Photo Museums
Galleries & Centers
Photographer Monographs
Technique Books
History of Photography
Miscellaneous
Paper Magazines
Online Magazines
Resources
Schools and Classes
Photography Agencies
Equipment Rentals
Studio Rentals
Photo Labs
Camera Repairs
Framing Stores
Photo Tips & Tools
© 2022 © All-About-Photo.com, All Rights Reserved  •  Photographs © the Respective Artists, All Rights Reserved.