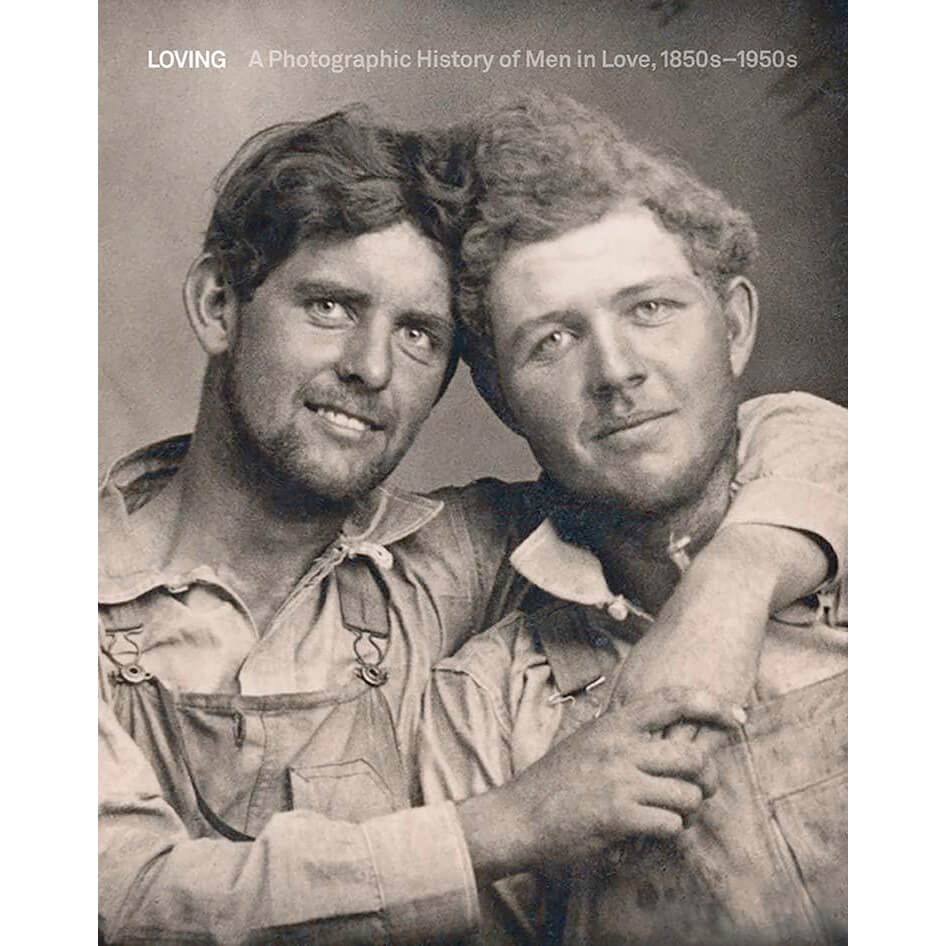 From the Collection of Hugh Nini and Neal Treadwell

LOVING. A Photographic History of Men in Love portrays romantic love between men in hundreds of moving and tender vernacular photographs taken during the 100-year period between the 1850s and 1950s. This visual narrative of astonishing sensitivity brings to light an until-now-unpublished collection of hundreds of snapshots, portraits, and group photos made in the most varied of contexts, both private and public. Some are formal studio portraits, others were shot at the beach, in suburban settings, in the countryside, and at home. The range of individuals shown is extensive, covering nineteenth-century working class men, fashionably dressed businessmen, university students, and soldiers and sailors of all ages-spanning the time between the Civil War and World War War II, and into the 1950s.

Taken when male partnerships were often illegal, the photos here are from the collection of a married couple, Hugh Nini and Neal Treadwell, who over the past 20 years have meticulously accumulated over 2,800 photographs of men in love. The couple found them at flea markets, in shoe boxes, estate sales, family archives, old suitcases, and on online auctions. Their collection now includes photos from all over the world: Australia, Bulgaria, Canada, Croatia, France, Germany, Japan, Latvia, the United Kingdom, and the United States. The technology used consists of ambrotypes, daguerreotypes, glass negatives, tin types, cabinet cards, photo postcards, photo strips, photomatics, and snapshots - over one hundred years of social history that reflect changing fashion, hairstyles and societal norms, as well as the development of photography.

The men in LOVING shared a common desire to be seen, only to one another, and to memorialize their stories despite the risks. Each image is an open demonstration of love, affection, and also bravery. When viewing these photos, we are drawn to the honest and disarming expressions of devotion evident throughout. The message here is as old as time, but from an unexpected, and heretofore silent, source. Challenging boundaries, universal in reach, and overwhelming in impact, LOVING speaks to our spirit and resilience, our capacity for bliss, and our longing for the shared truths of love. It moves the conversation beyond old stereotypes and shifts the narrative to where it should have been all along: two people in love can be any two people, regardless of gender, orientation, or any other human-created divide. 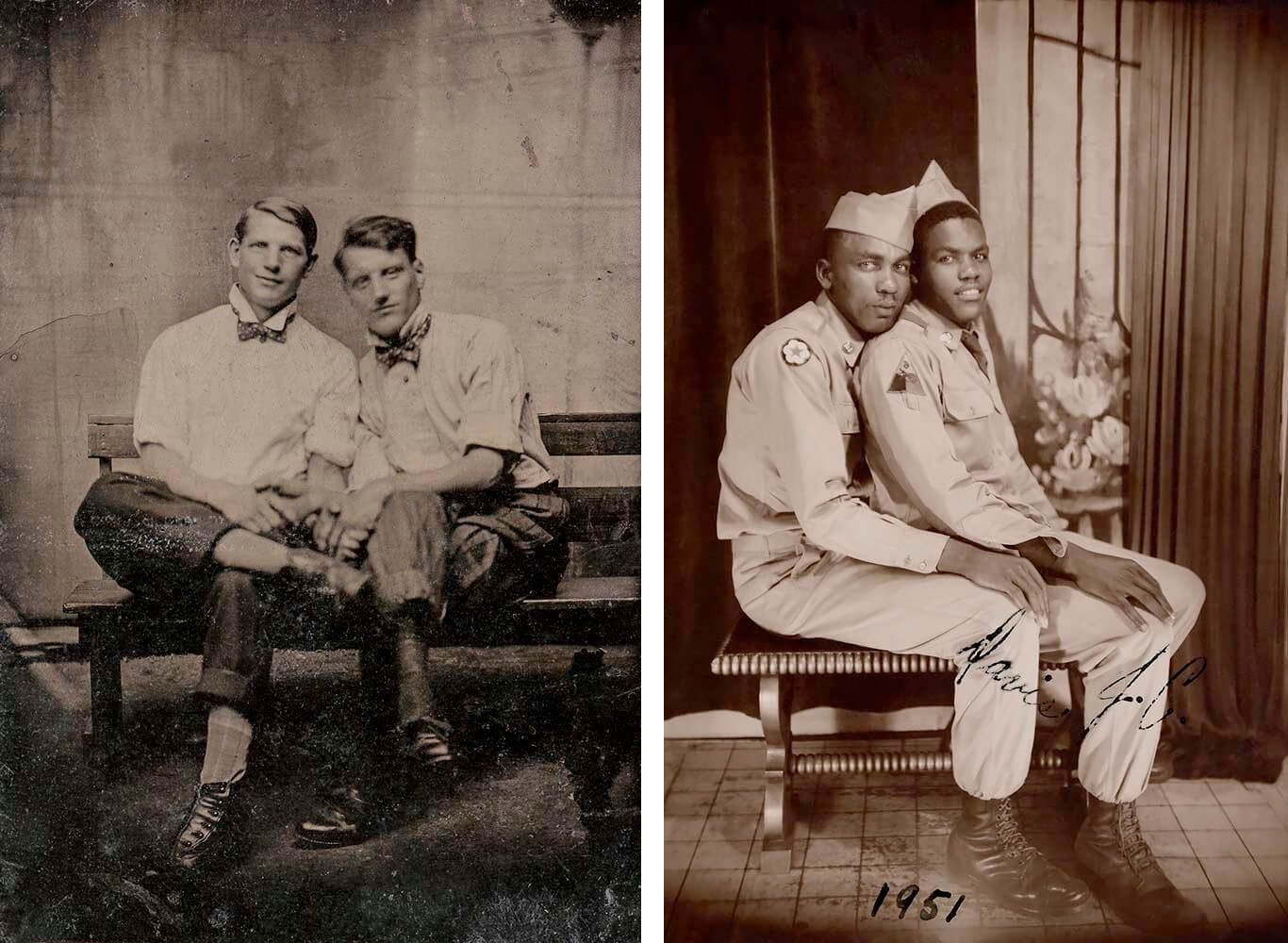 In their essay titled An Accidental Collection, Hugh Nini and Neal Treadwell share how it all began with one photograph they stumbled upon in an antique shop in Dallas, TX. Dated somewhere around 1920, it depicts two young men embracing and gazing at one another - clearly in love. The collectors were curious how this photo-an accidental find-could have survived into the 21st century. Then a second photo came to them through an online auction. Presented in a small art deco glass frame with Yours Always etched into the glass, it shows two soldiers from the 1940s posed cheek to cheek. Following these early discoveries, Hugh and Neal began to devote more time to searching for photographs whether through local sources or while traveling in the US, Canada or abroad: the collection was officially born.

Once committed to the project, the collectors searched for tell-tale signals that might indicate a love relationship, most importantly the expression in the eyes, followed by body-language that might be as subtle as a glancing touch. In their essay, the collectors also address recurring themes throughout the book. For example, beginning in the mid 1880s, and continuing through the 1920s, posing under an umbrella was a common element, perhaps a signal, that the two men were engaged in a romantic relationship. While none of the men in LOVING had the legal option of marriage, photos show that many of them exchanged rings. One of the earliest photos in the book, from around 1860, shows one of the men wearing a ring on his little finger. During WWII the appearance of wedding rings, bracelets, and other jewelry serving as symbols of commitment became more common and were worn by many soldiers and sailors. Another theme that emerged early on was the Photo Booth photo strip which was popular with couples for decades. As such, the anonymity of the Photo Booth was a safe place for a couple, as they could act as the subject, the photographer, and developer.

LOVING will be produced to the highest standards in illustrated book publishing. The photographs - many fragile from age and handling - have been digitized using a technology derived from the use of a lens that originated from surveillance satellites, and is in use by only five color separators around the world.

The subjects of our photos, with the release of LOVING, will publicly narrate their own lives for the first time in history. And far from being ostracized or condemned, they will be celebrated and loved. And the love that they shared will inspire others, as they have us. Love does not have a sexual orientation. Love is universal. - Hugh Nini and Neal Treadwell 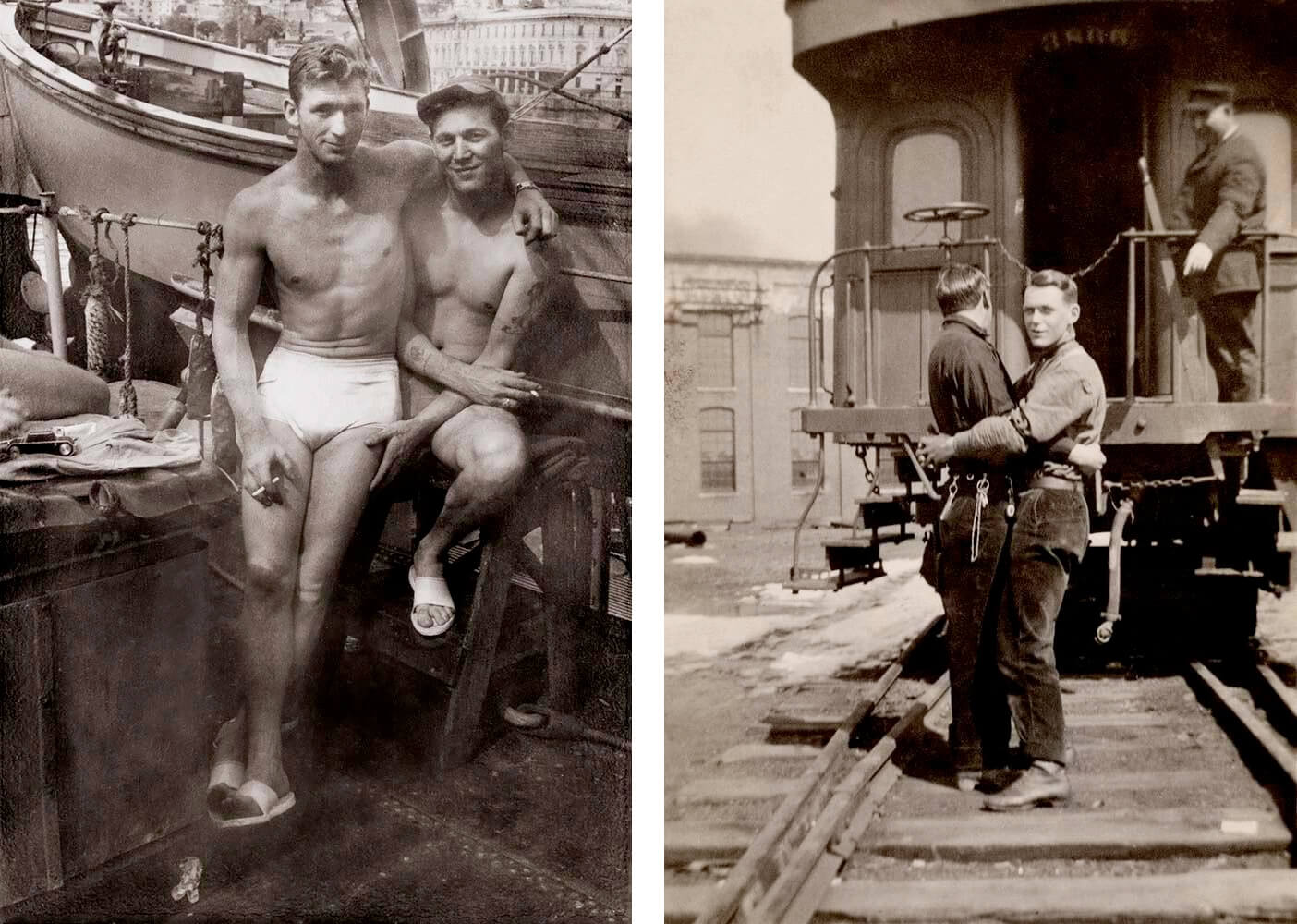 About the Publisher:
5 Continents Editions, an independent publishing house of art books, was created in February 2002 by Eric Ghysels-Belgian and Armenian by birth, but Italian by adoption. Today the company is an undisputed leader in the production of books dealing with the traditional arts of Africa, Asia, the Americas, and Oceania. Its publications concentrate on art in the broad sense, taking in archaeology and ancient, modern and contemporary arts, but also the decorative arts, fashion, design and photography, among others. Guided by the conviction of its dynamic director, Eric Ghysels, supported by his team of professionals, as well as its multi lingual capacity to facilitate relations with authors, artists, foundations and museums around the world - the publications of 5 Continent Editions contain that extra spark so highly valued by the publisher, and the art book community at large. To read more, go here.

About the Distributor:
Founded over 50 years ago in the UK, ACC Art Books is both a publisher and a global distributor of books on all aspects of the arts, including fine art, architecture, design, fashion, photography, food, contemporary lifestyle, and popular culture. The company represents some of the world's finest arts publishers, including museums, trade, and professionals, providing our clients with a comprehensive program of sales, marketing, and fulfillment services. ACC Art Books has offices in Woodbridge, England, and in New York City. For more information, go here. 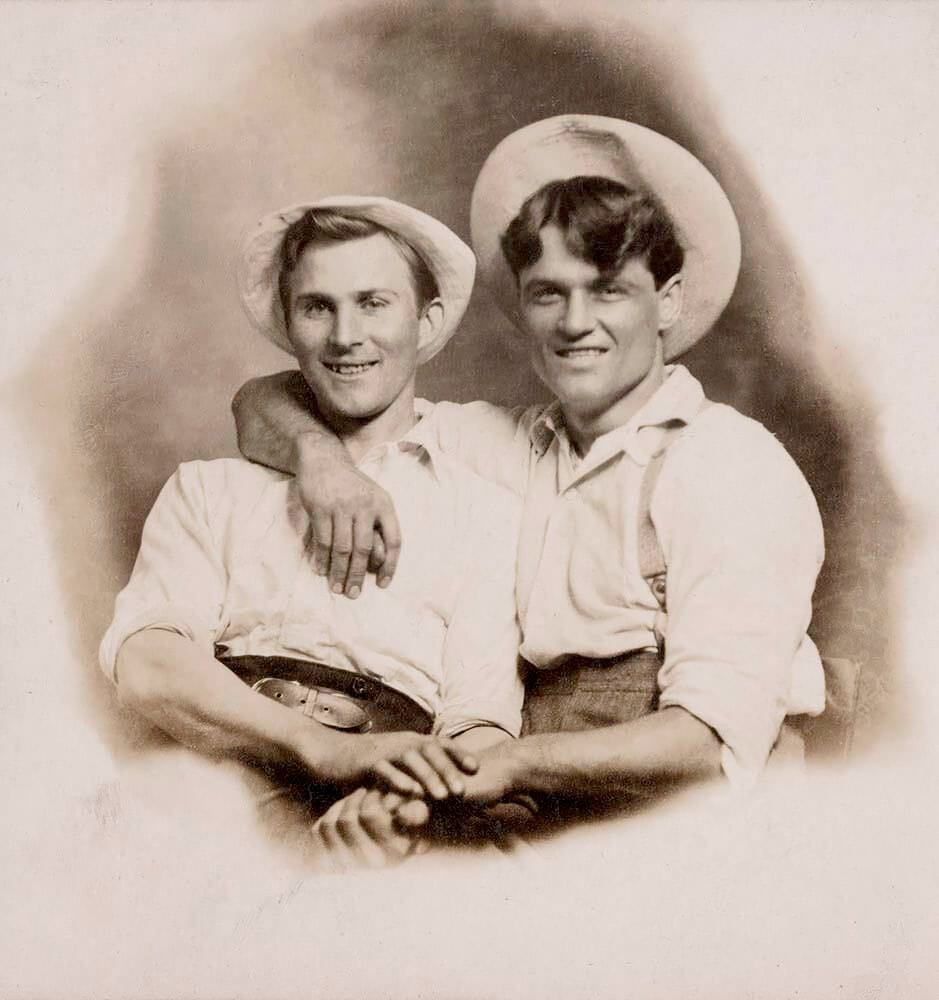