All About Photo is Pleased to Present Zaido

All About Photo is thrilled to present Zaido by the Japanese photographer Yukari Chikura.

Part of the exclusive online showroom developed by All About Photo, this exhibition is on view for the entire month of October 2020 and includes twenty photographs from the project published this year by Steidl.

This project is Yukari Chikura's preservation of the 1300-year-old Japanese ritual festivity Zaido. Following a series of tragedies, including her father's sudden death, her own critical accident, and the 2011 Tohoku earthquake and tsunami, Chikura recalls how her father came to her in a dream with the words: Go to the village hidden deep in the snow where I lived a long time ago. And so with a camera in hand, she set off on a restorative pilgrimage to northeast Japan (the first of numerous journeys), which resulted in the creation of her book. 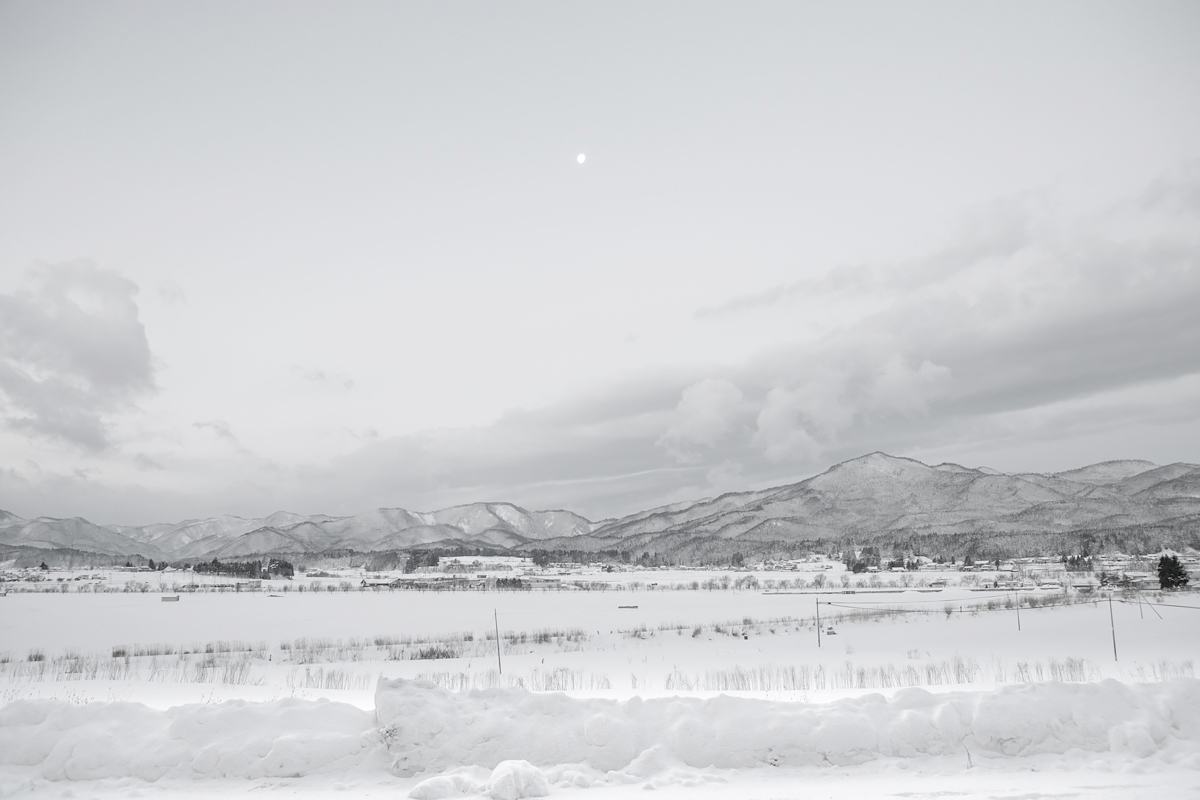 On the morning of the festival, the moon was still in the sky, looking down on the land. The snow had completely covered the lush summer fields with a blanket of snow. Winter can be very cold, sometimes as high as -20 degrees Celsius, and it can be very harsh. Located on the border of Aomori, Iwate and Akita prefectures, Kazuno City in Akita Prefecture is a heavy snowfall area where it starts to snow in late November and continues until late March.

Chikura arrived at the village, surreally silver in the snow and mist, and there discovered Zaido, where inhabitants from different villages gather on the second day of each new year and conduct a ritual dance to induce good fortune. The performers dedicate their sacred dance to the gods and undergo severe purifications. Combining photographs of snowscapes that border on abstraction with images of the intricate masks and costumes of Zaido, Chikura depicts the cultural diversity of the participants as well as their common bond in creating collective memory and ensuring the survival of this ritual. 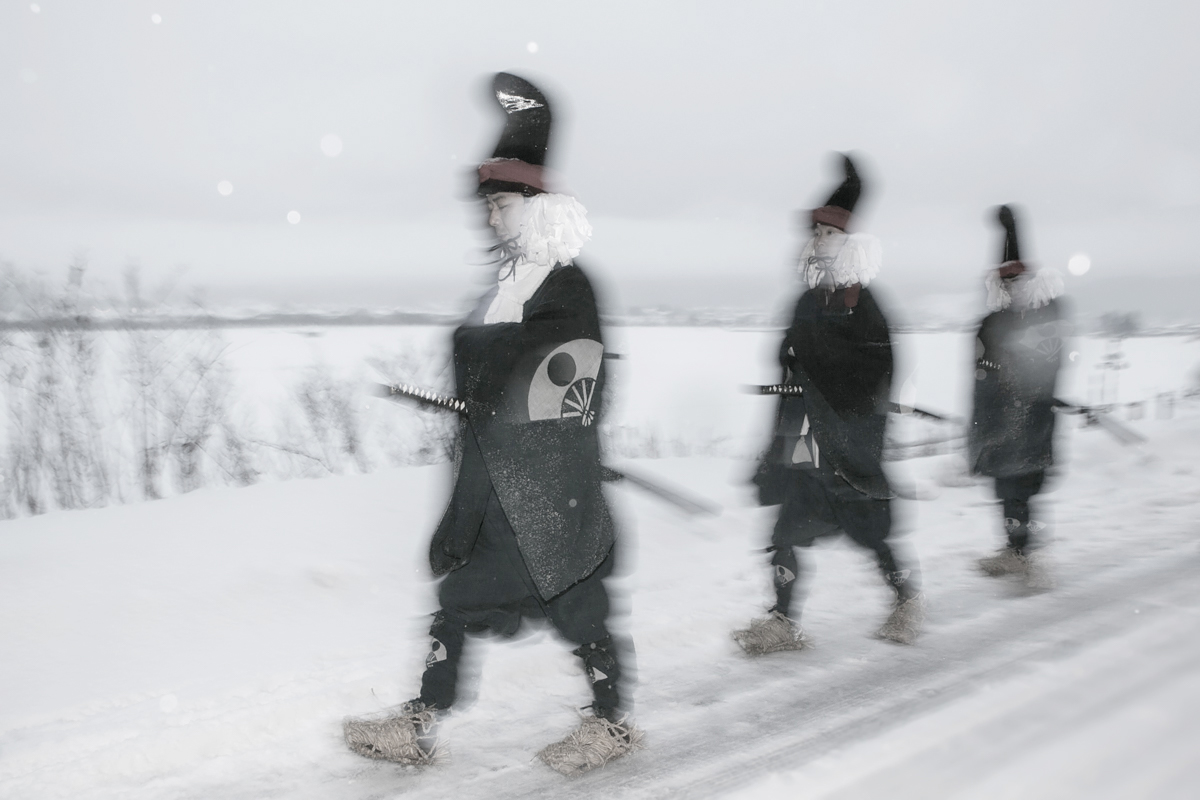 The performers walk through the snow to the shrine. In a place where the temperature difference between summer and winter is so great that the maximum temperature on a winter day can be as low as -20 degrees Celsius, this practice can be very demanding for the young participants. We tried to capture this in a fantastic atmosphere where reality and fantasy intersect.

In this moment of great uncertainty and turmoil, these online Solo Exhibitions aim to continue to connect audiences and artists, building on our beliefs that access to art and culture is a right and not a privilege and that artists' voices should be heard. It is a platform to help photographers pursue their visions, their dreams and their projects.

With our new online showroom space, we've placed All About Photo's role as a supporter and amplifier of creative ideas. 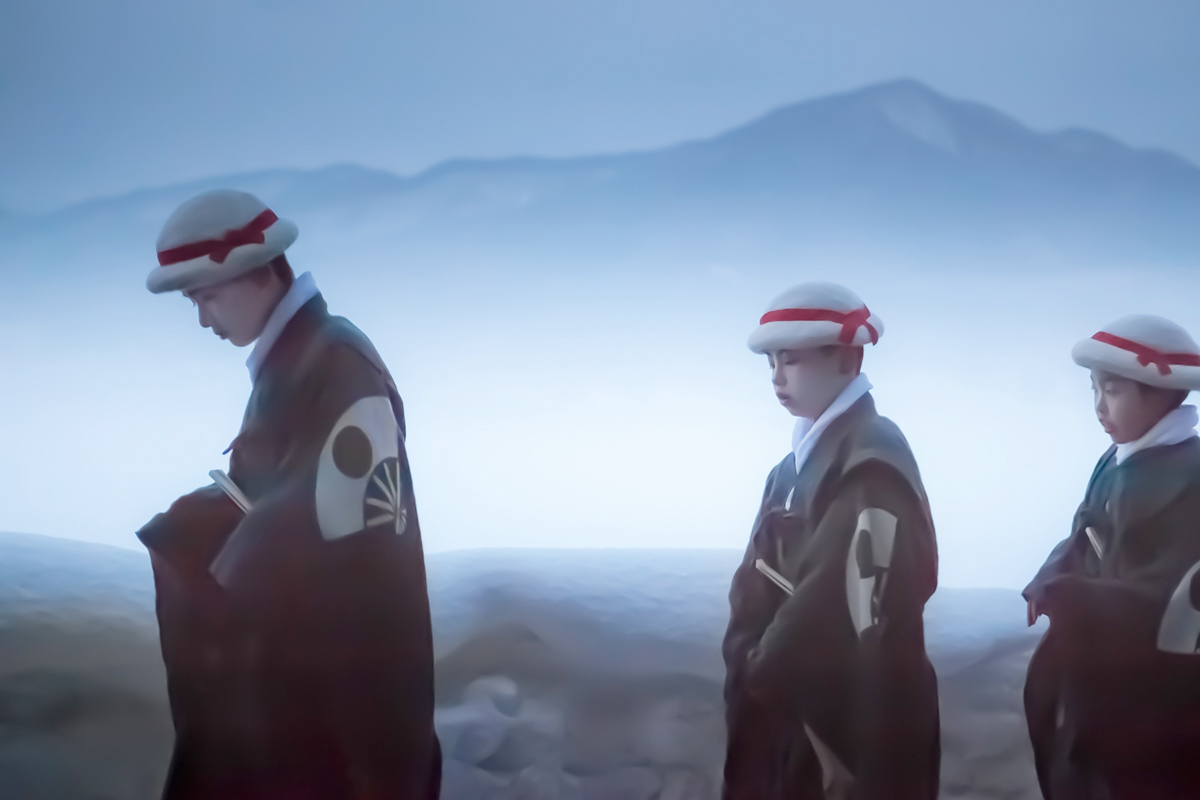 The bird dance is said to be the dance of the birds kept by the Danburi Chouja in the legend of Danburi Chouja. There are three dancers, each of whom wears a male, female and chick crown on their heads as they dance the dance. 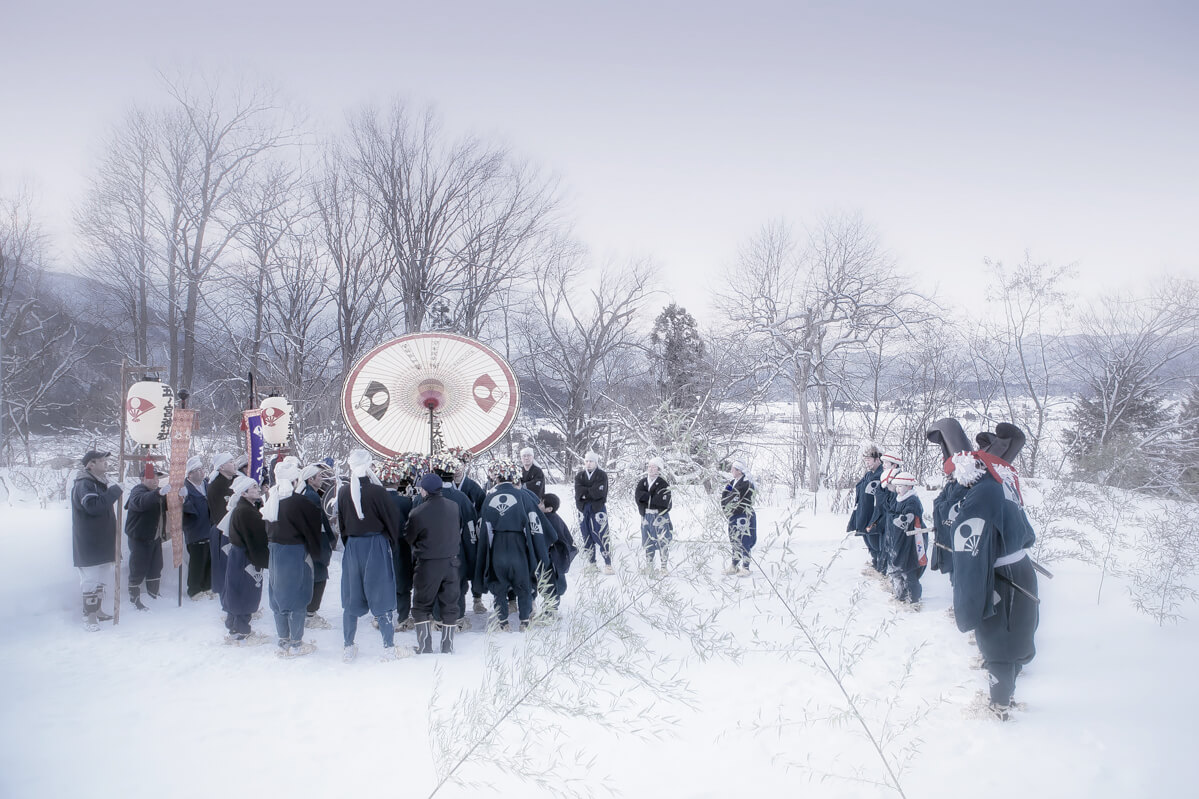 At Nishi-no-Kakuchi behind the shrine, Noh players from the two villages gather to perform the Gongen Mai and the Craftsman Mai. 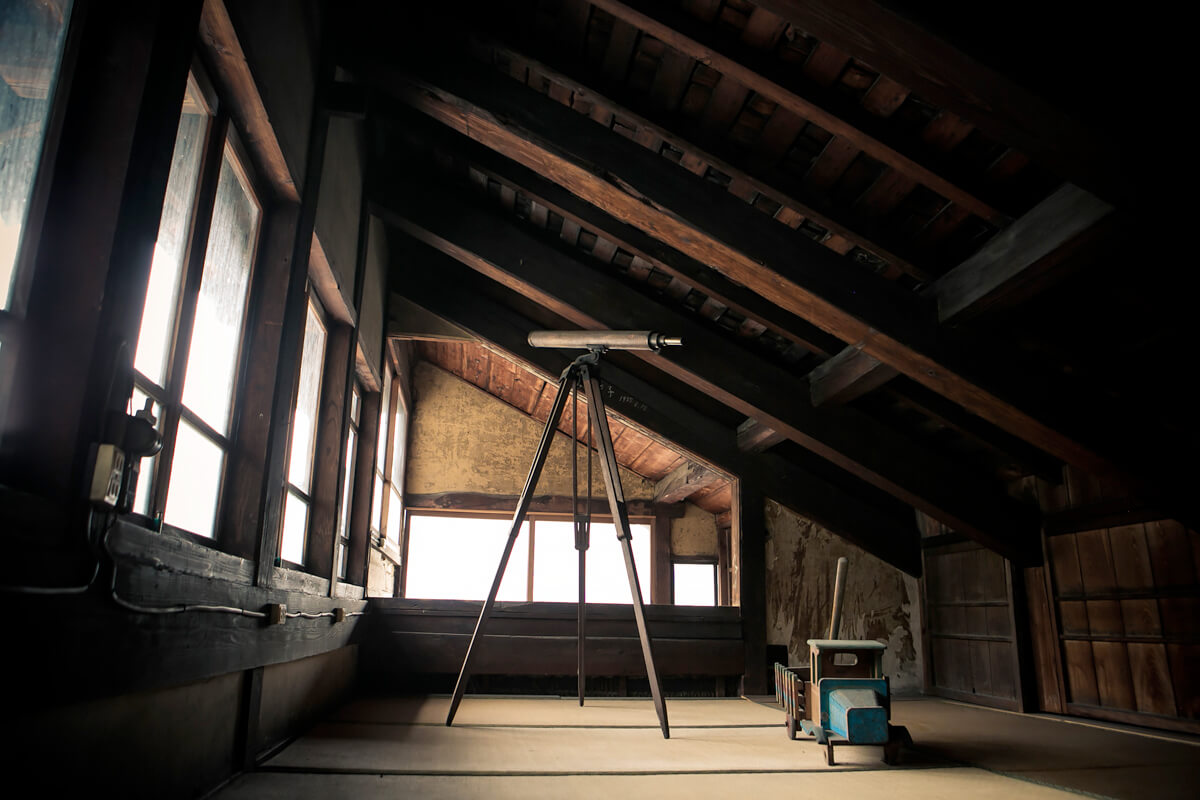 An astronomical telescope placed in the attic of an old house. This area has a very heavy snowfall, so it has a sloping roof to keep the snow off.