Adding Depth to Your Photos: Is It Important Nowadays? 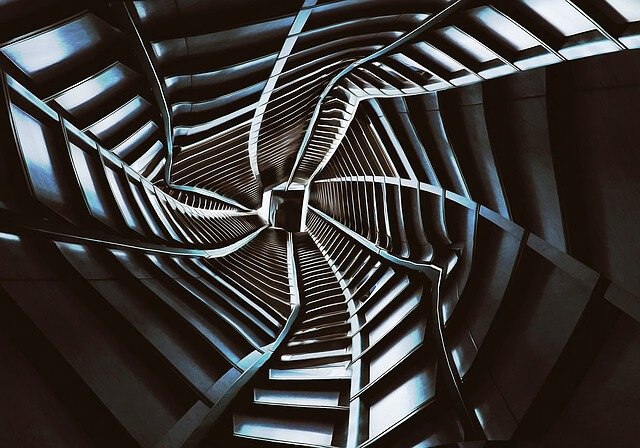 There is a good joke about the fact that photographers are like lawyers - there are a lot of them, but only a few do the job well. This is true - thanks to modern technology, inexpensive lenses, and cameras, almost everyone can capture a beautiful picture. But even the most successful shot can be ruined by a bad angle or perspective. Therefore, it is important to add depth to your photos. If you decide to do something, do it professionally.

Basic principles
To add depth and a sense of space to your pictures, you need to use special techniques. It's about perspective, using depth of field and various crop options. It is important to understand the rules followed by photography and the visual perspective.

As you delete, objects become visually smaller in size. Parallel straight lines also do not look parallel when deleted. They converge at one point. Our brain perceives the size of buildings as they really are, and the lines remain parallel for consciousness, despite the visual mismatch. This phenomenon is called the scale of constancy. This is because a person perceives the surrounding world as he knows it. Consciousness corrects visual distortions.

Photography is the transfer of three-dimensional space on a plane using visualization. To keep the image realistic, emphasize depth and volume. This can be controlled using various types of perspectives and depth of field. Perspective allows you to evaluate volumetric figures on the plane, it displays the remoteness of objects from each other and the camera.

So, we now know about the principles of perspective work and the visualization of photography. Now let's understand in more detail. 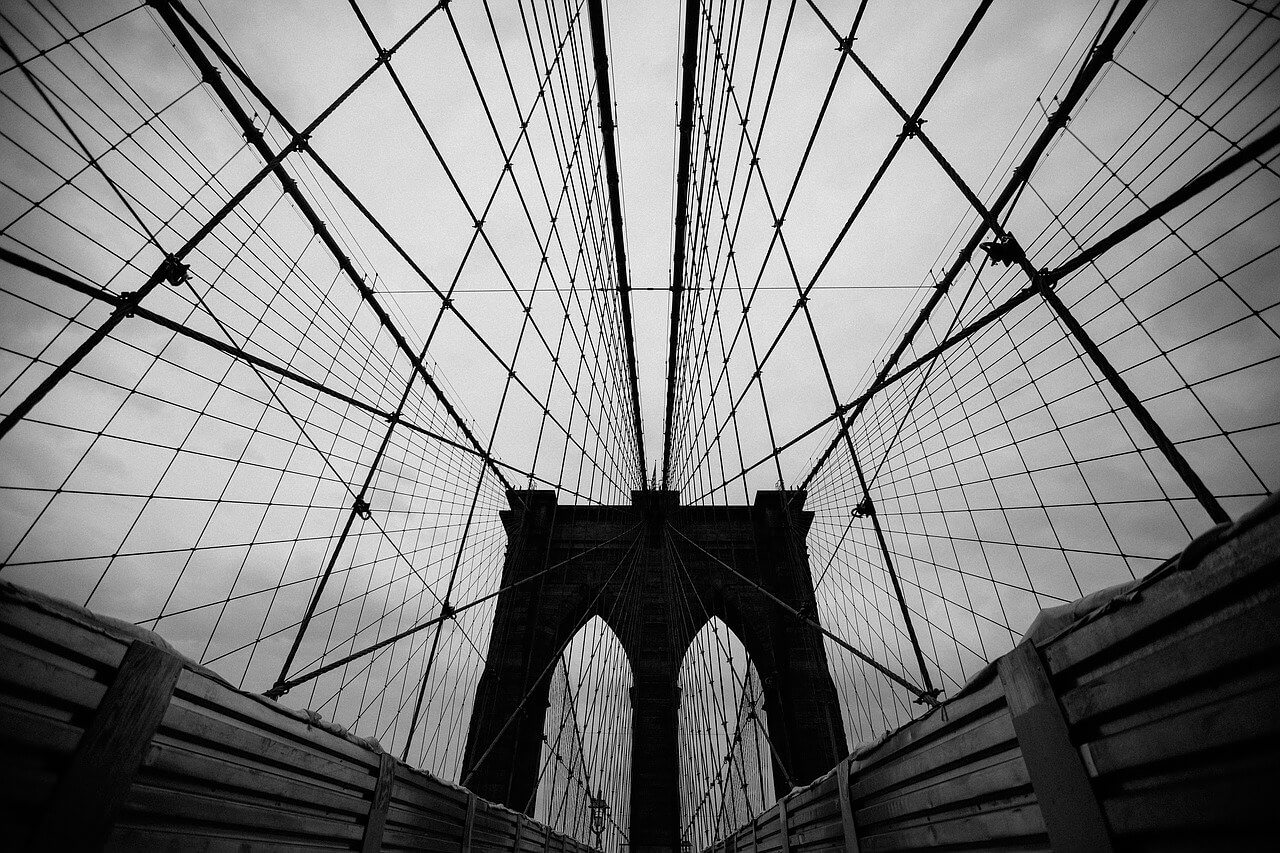 This type of perspective is especially felt in photographs with parallel lines. Most often, these lines are parallel, but, going into the distance, they converge at one point. The feeling of depth arises because the viewer's eye goes to the horizon after the lines.

When using wide-angle lenses, space expands because visually the distance between objects in the foreground and background increases. Telephoto lenses have the peculiarity of reducing this distance, and when applied, the volume is not noticeable so much. Keep this in mind when choosing photo equipment. 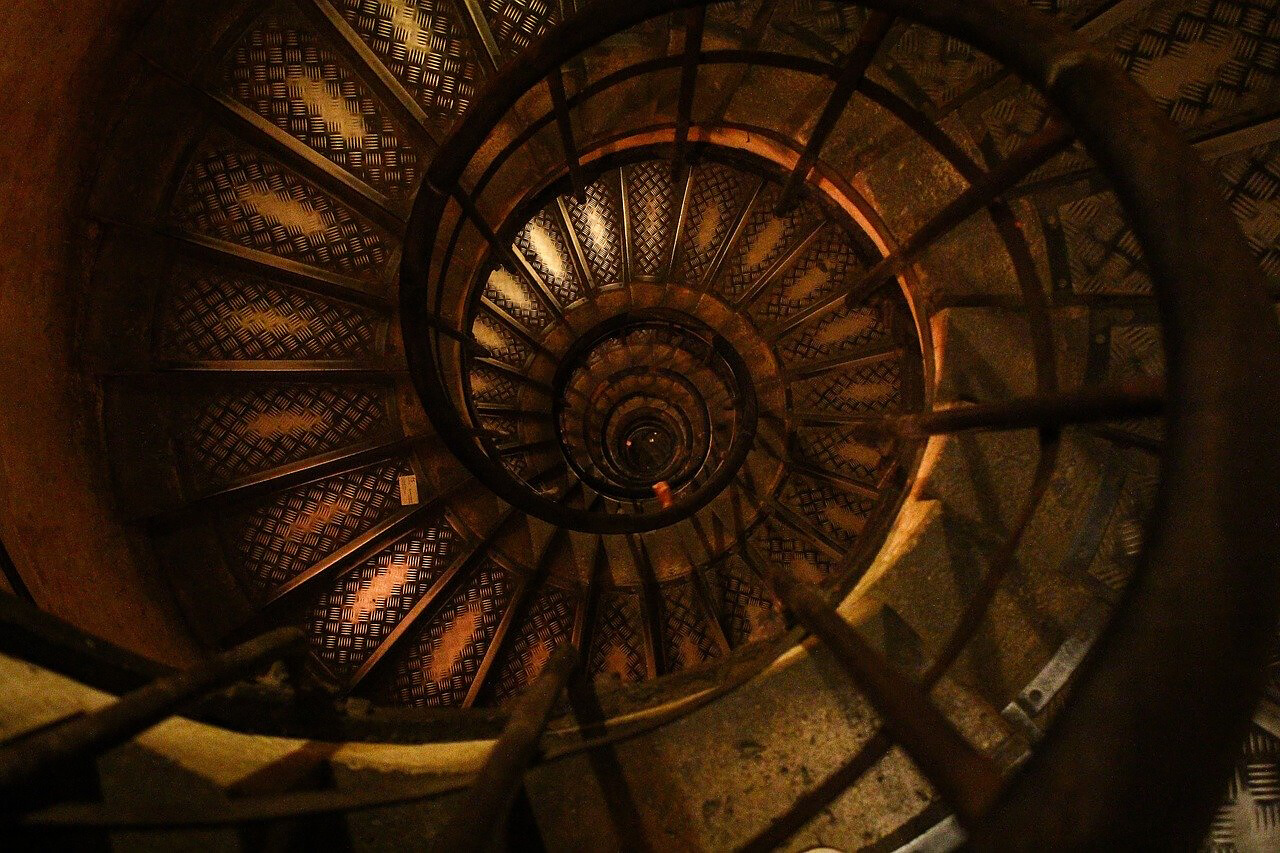 This perspective is linear. Its essence is that the farther the object is from the camera, the less it seems. For example, if the picture shows a power line that goes to the horizon along the road, then the first pillar, which is in the foreground, will look the largest. As you delete, the columns will visually decrease.

The feeling of perspective will be most powerful if all the objects are the same size. If the viewer knows about this, he will be able to assess the remoteness of objects by changing the visual size. A great example of this perspective is a photograph of a spiral staircase. If you imagine that an axis passes in the center of the frame, then going down it, each turn of the ladder will become smaller and smaller until it turns into a point. 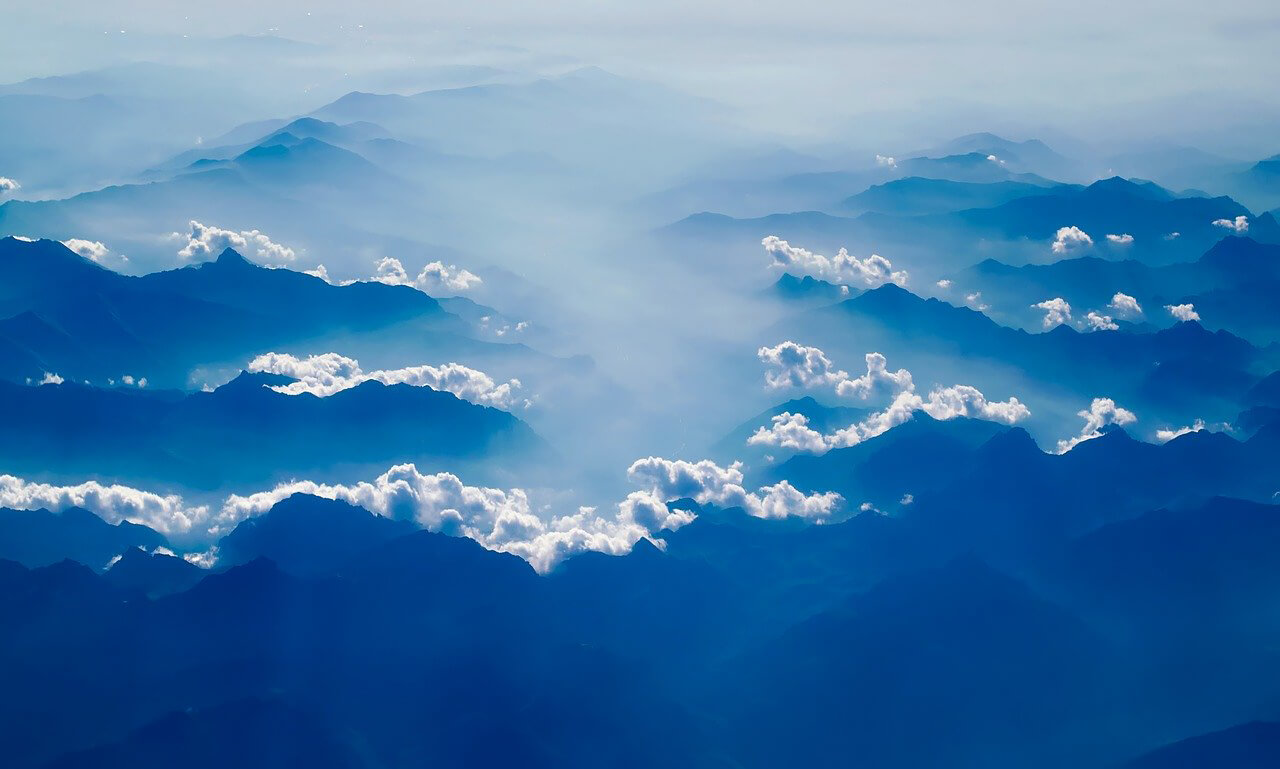 An atmospheric or aerial perspective is common in landscape photography. In fog or haze, the shape of the object is emphasized. This adds depth to the scene. The closest objects have saturated colors. As they move away, they become paler. Considering such a photograph, it seems that the scene is built of layers that overlap each other. Aerial perspective is very popular in painting. Photographers use it more and more often. Weather conditions allow you to take a fresh look at familiar landscapes.

In the case of an aerial perspective, it is better to use telephoto lenses than wide-angle ones. The fact is that to get a good difference in the contrast of the foreground and background, close objects must be as sharp as possible. To achieve such an effect allows precisely the telephoto lens.

For such shooting, cloudy days and winter fog are best suited. On summer days, low clouds perfectly create depth. To obtain the desired frame, you also need to correctly adjust the brightness. The camera may find that the scene is brighter than in reality. 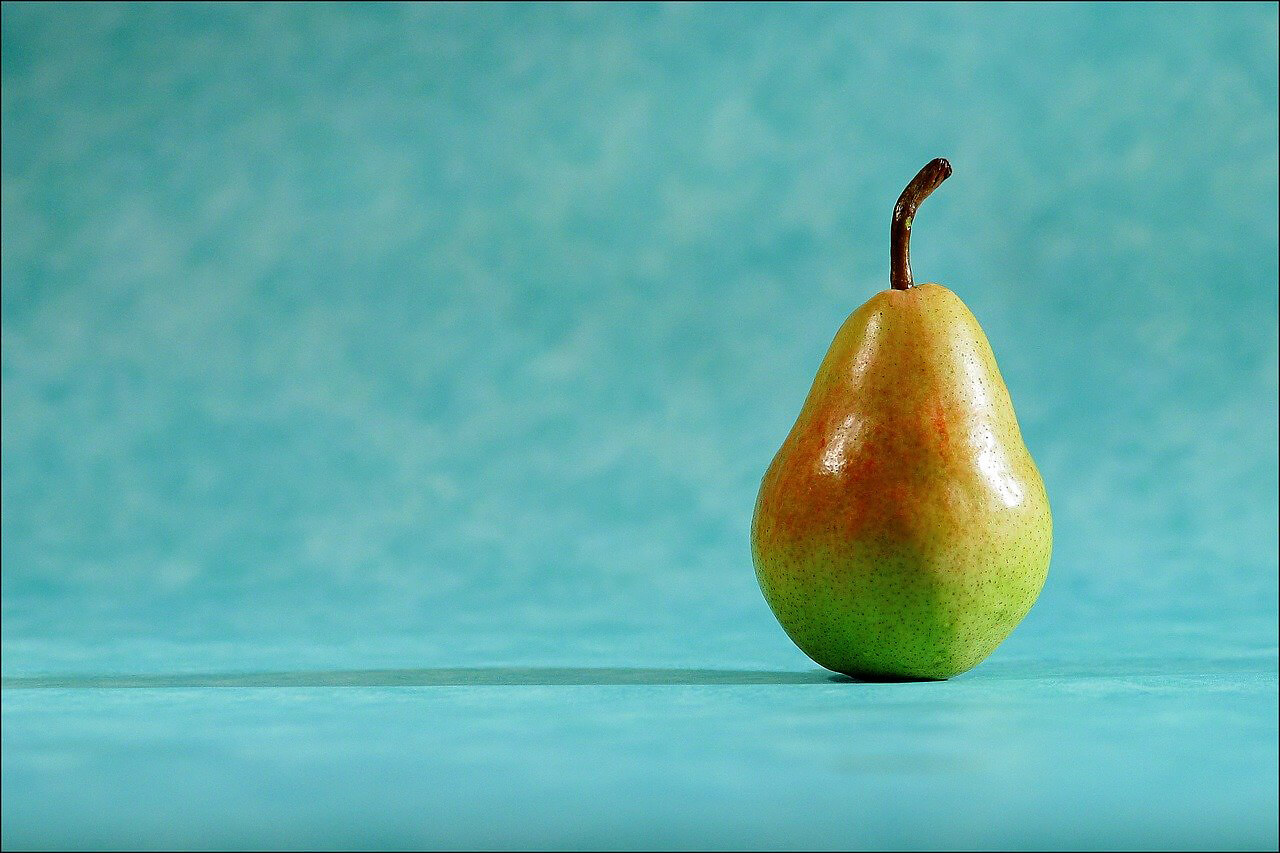 This perspective describes how objects are located within the frame. This description is based on a change in tonality as you move in the frame. As an example, it could be a white object on a black background. The black background visually pushes the object forward, which adds depth to the image.

The color in the photo is very important. For example, warm colors such as red, orange and yellow can visually bring the subject closer. Cold colors, on the contrary, move objects away. It is blue, purple and green. Based on this, we can say that by placing a red object on a blue background (or yellow on green), you can increase the depth of the picture. 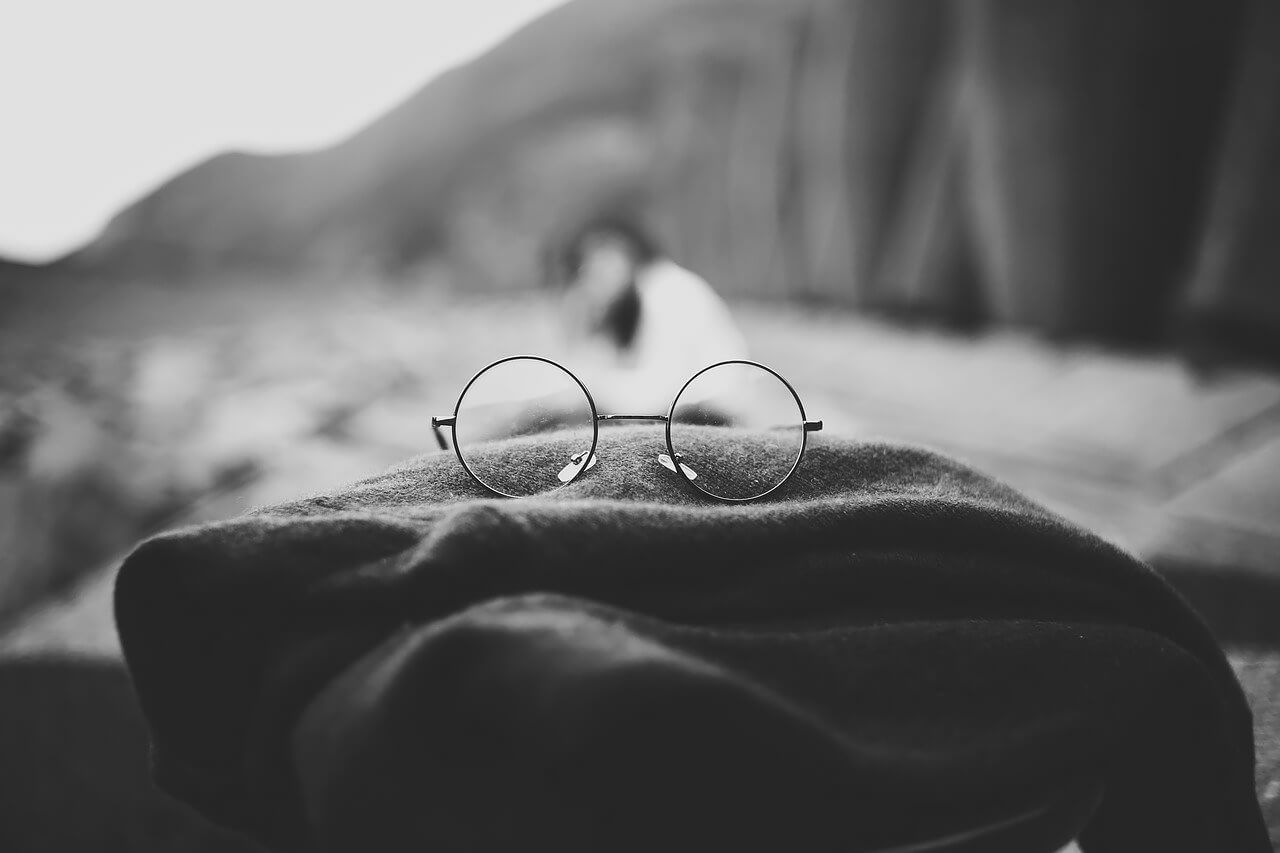 This technique of photographing effects blurring the foreground or background. In this case, the main subject remains in sharpness. The human brain is so structured that it perceives clear objects as a closer. Blurry objects are perceived as distant. The distance increases depending on the degree of blur.

To understand the mechanism of this principle, you just need to imagine a person standing in front of a brick wall. When focusing on the face and with an open aperture, the face is sharp and the wall is blurry. If a person takes several steps forward, under the same conditions of focusing and aperture, the wall will become even more blurred. Thus, by the degree of blurring the background, one can judge the distance between the objects.

It is also worth mentioning the “frame in frame” technique. Quite interesting photographs are obtained when photographing through arches or doors, window openings. This creates both depth and adds the effect of presence.

Conclusion
Knowing the principles of volume transfer, and applying them in practice, you can make photos more attractive. Different methods can be combined. When you learn how to properly use this knowledge in practice, the result will be amazing.

Author Bio
Cheryl Hearts is a passionate journalist from Boston, Massachusetts. She decided to dedicate her life to writing because she thinks this way she can be the most useful for the community. After obtaining a Master's degree in Journalism, Cheryl started running her own blog CherylHearts.com where she’s covering topics of great interest to society
Stay up-to-date  with call for entries, deadlines and other news about exhibitions, galleries, publications, & special events.
Advertisement