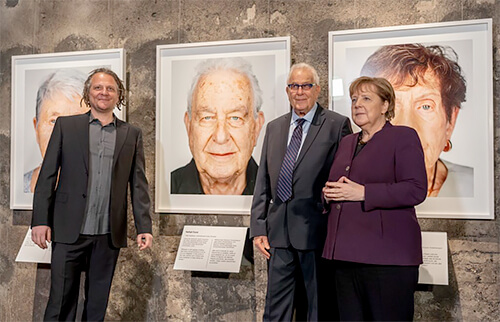 On January 21, 2020, the German Chancellor Angela Merkel and the Prime Minister of the State of North Rhine-Westphalia Armin Laschet are inaugurating the exhibition SURVIVORS. Faces of Life after the Holocaust, being staged in the Zollverein Coal Mine Industrial Complex in Essen, a UNESCO world heritage site. Marking the 75th anniversary of the liberation of the Auschwitz-Birkenau Concentration Camp, the exhibition is showcasing 75 haunting portraits of Holocaust survivors, photographed by Martin Schoeller. For this commemorative project, the internationally-acclaimed artist is collaborating with the World Holocaust Remembrance Center Yad Vashem in Jerusalem, its German Society of Friends, and with the Bonn-domiciled Foundation for Art and Culture. The portraits are being premiered in the Zollverein from January 22, 2020. Further touring venues are also being planned. 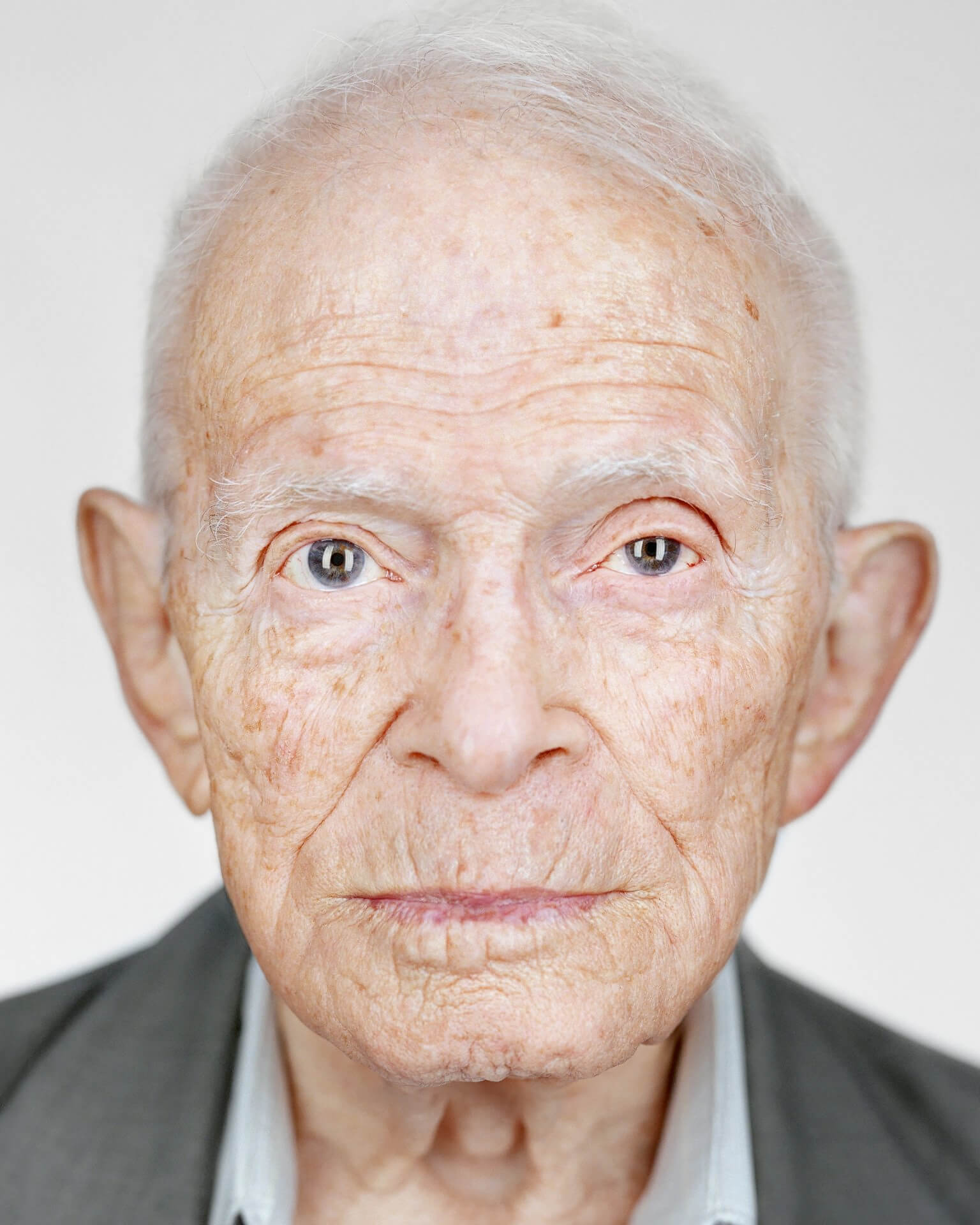 Preserving humanity and dignity under inhumane conditions: This is the experience informing the larger-than-life, close-up portraits of the 75 survivors, which were taken in the Yad Vashem Memorial Center in Jerusalem, where Schoeller spent much time with his subjects in preparing the portraits. I was raised in Germany, explains Martin Schoeller, who has lived in New York for many years. I grew up with this incredible sense of guilt and shock, which lead me to question my own identity. How could people from my country commit these horrendous crimes? It is very scary to see what is happening in Europe right now, that anti-Semitism has come back so strongly. Now more than ever, I feel a great responsibility to fight anti-Semitism whenever I see it and to do whatever I can to make sure that something like the Holocaust can never happen again. I do think that people have a responsibility for their history. If everybody looked at their own history and tried to learn from it and then went on to use that knowledge to better themselves and to better society, ultimately, I think that is what will bring us all forward as human beings.

It is of profound importance both today and for future generations to gaze into these lined and weathered faces: For the portrayed subjects are among the few surviving contemporary eye-witnesses. Stripped of artifice, Schoeller's photographs serve as an enduring testament of the personal and collective history and convey the horrors of the Holocaust, as no words can.

The legacy of the Shoah that these survivors nurtured with such fortitude and commitment is now bequeathed to us, and their hopes for a better future are now ours to treasure and to realize., explains the Chairman of Yad Vashem, Avner Shalev. At Yad Vashem, the World Holocaust Remembrance Center, we fervently believe that ensuring that their messages and values are honoured and implemented is a sacred mission for the entire world. As we go forward in the twenty-first century, we recommit to maintaining accurate Holocaust memory and to building more humane, tolerant and democratic societies for the sake of the generations to come. 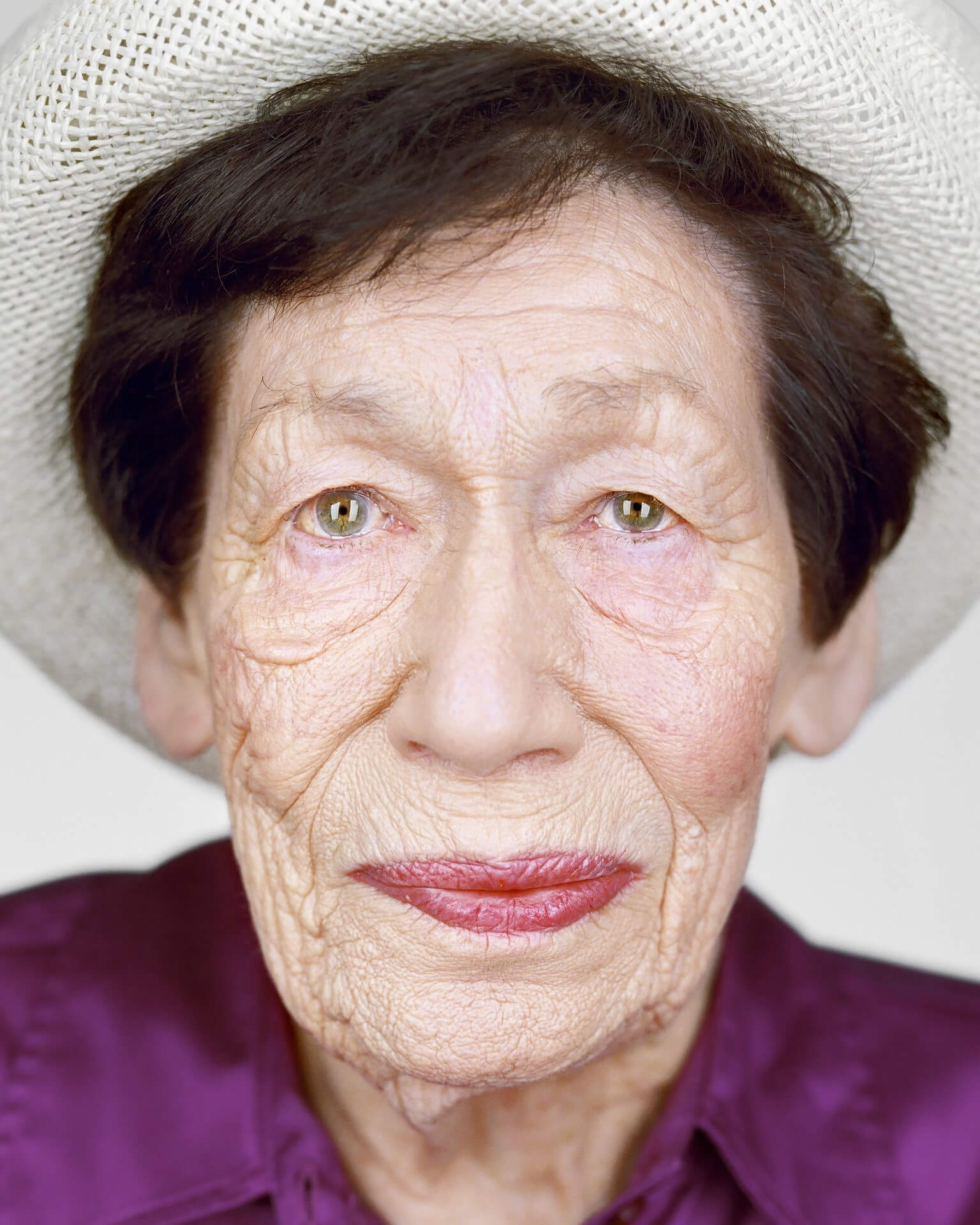 All About Martin Schoeller

Martin Schoeller (German, b. 1968) is one of the world's preeminent contemporary portrait photographers. He is most known for his extreme-close up portraits, a series in which familiar faces are treated with the same scrutiny as the unfamous. The stylistic consistency of this work creates a democratic platform for comparison between his subjects, challenging a viewer's existing notions of celebrity, value and honesty.

Growing up in Germany, Schoeller was deeply influenced by August Sander's countless portraits of the poor, the working class and the bourgeoisie, as well as Bernd and Hilla Becher, who spawned a school of photographic typology known as the Becher-Schüler. Schoeller's close-up portraits emphasize, in equal measure, facial features, of his subjects - world leaders and indigenous groups, movie stars and the homeless, athletes and artists - leveling them in an inherently democratic fashion.

Schoeller studied photography at the Lette Verein and moved to New York in the mid-1990s where he began his career. Producing portraits of people he met on the street, his work soon gained recognition for its strong visual impact and since 1998 he has contributed to publications such as National Geographic, The New Yorker, Vanity Fair, TIME, The New York Times Magazine, Rolling Stone and GQ, among others.

Martin's print and motion work has appeared in many major advertising campaigns ranging from pharmaceuticals, cars and entertainment. His work has won many awards, but most recently he received praise for his Colin Kaepernick image in Nike's Just do it campaign which won a prestigious D&AD black pencil and the outdoor Grand Prix at Cannes. Some other advertising clients include: KIA, Chevron, Allstate, HBO, Coca-Cola, AT&T, Mercedes, DreamWorks, Southwest Airlines, GE and Johnnie Walker.

Schoeller's portraits are exhibited and collected internationally, appearing in solo exhibitions in Europe and the United States, as well as part of the permanent collection of the National Portrait Gallery, Smithsonian Institution, Washington, DC. Martin lives and works in New York City 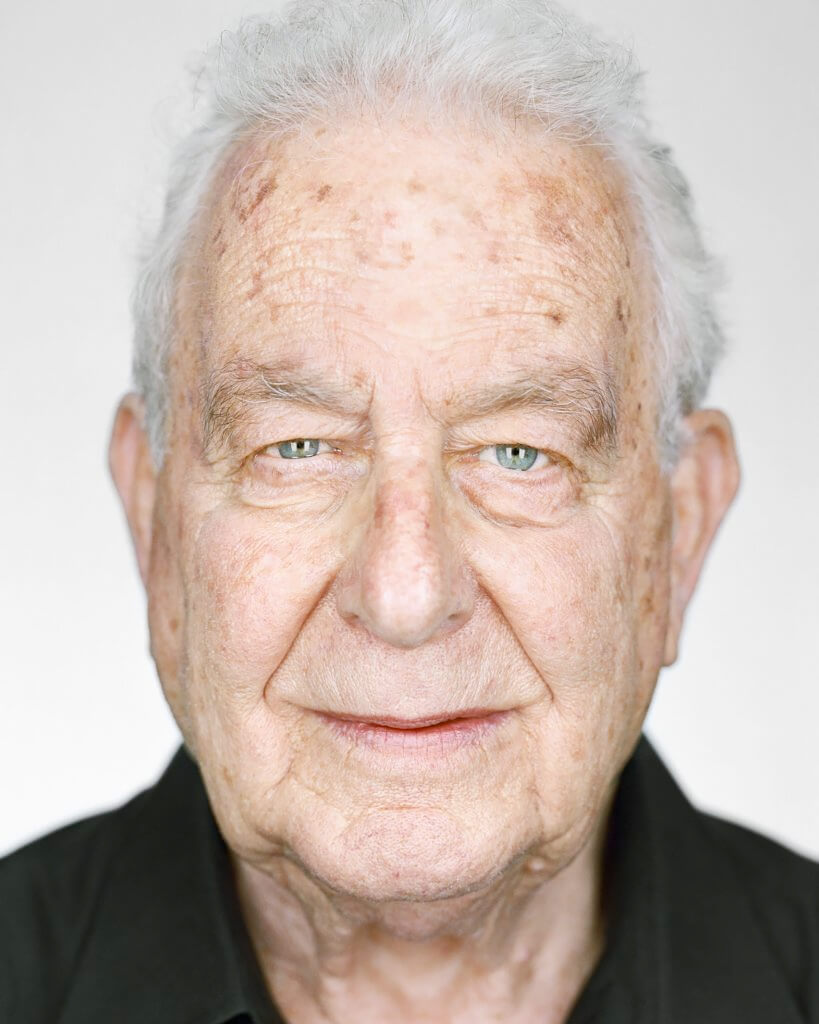