Top 16 Most Photographed Colleges and Universities in the World 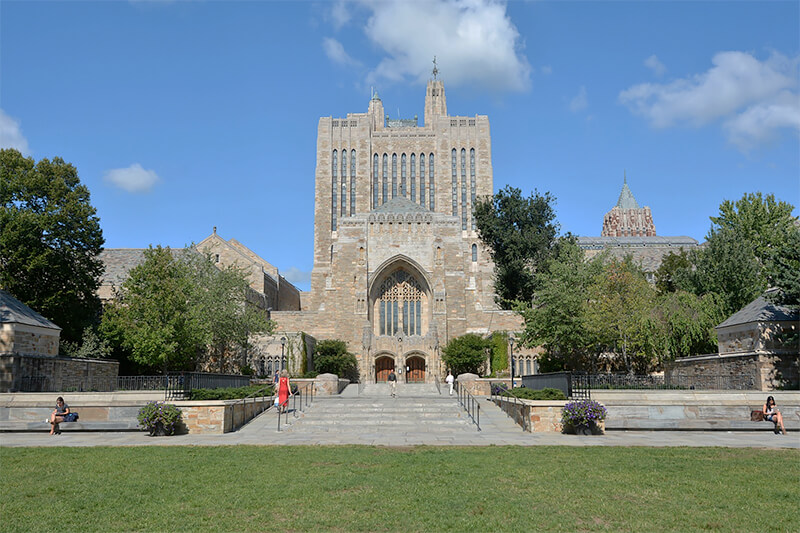 Many schools, colleges, and universities give their students not only knowledge, but also an atmosphere that allows you to enjoy the surrounding area with beautiful flowering gardens, sports fields, libraries, and courtyards. It is noteworthy that the most beautiful educational institutions are at the same time the most prestigious, entering the ratings of the best colleges and universities in the world. This leads us to the conclusion that aesthetics affect the quality of education and arouse the desire to learn. Guys from ProHighGrades selected some of the most beautiful colleges and universities in the world.

Yale is the prestigious American University, which is a part of the Ivy League. It consists of 225 historic buildings, many of which were built by famous architects, including such talented people as Louis Kahn, Eero Saarinen, Frank Gehry. The buildings of Yale are represented by a variety of architectural styles: New English, Moorish, Victorian Gothic, and cutting edge.

One of the most photographed places here is the small Roman Catholic school with a chapel. The chapel is a real gem of this place. It isn't surprising because it was built in the Spanish Mission style. The height of its dome is impressive - 89-foot-tall.

It's the most prestigious school of fine arts in France, among which graduates are Monet, Degas, and Delacroix. There is the best faculty for studying a photography program for creative students who want to make their hobby a profession. It's interesting that the building of the school is one of the most photographed thanks to its pearl - the Palace of Studies, mesmerizing with the school beauty.

It is located in the heart of Silicon Valley and has one of the largest campuses in the United States. The campus landscape consists of lawns scattered throughout, impressive roads, palm trees and flower beds designed by Frederick Law Olmsted. Olmstead is one of the creators of New York National Park.

The university was opened in 1857 but began to fully function only in 1890 after the financial help of D. Rockefeller. It is noteworthy for its rich library, which contains rare manuscripts. 79 university graduates became Nobel laureates thanks to sophisticated programs. One of the buildings is a truly outstanding example of modern architectural art. This refrigeration unit is a kind of art object that serves to condition the campus buildings.

Wroclaw Technical University is relatively modern - it was built in 1945. Its buildings are scattered throughout Wroclaw and executed in a modernist style.

The uniqueness of the building in its location is in the former royal garden of the Qing Dynasty. Because of this, Peking University preserves a heritage in the beautiful traditional Chinese style - bridges, houses, gardens. Almost every student travels specifically to northwest Beijing to take photos of the campus.

The famous red brick and gem buildings of the grand Harvard Memorial Hall make it not only one of the most prestigious universities in the world, but also one of the most beautiful. 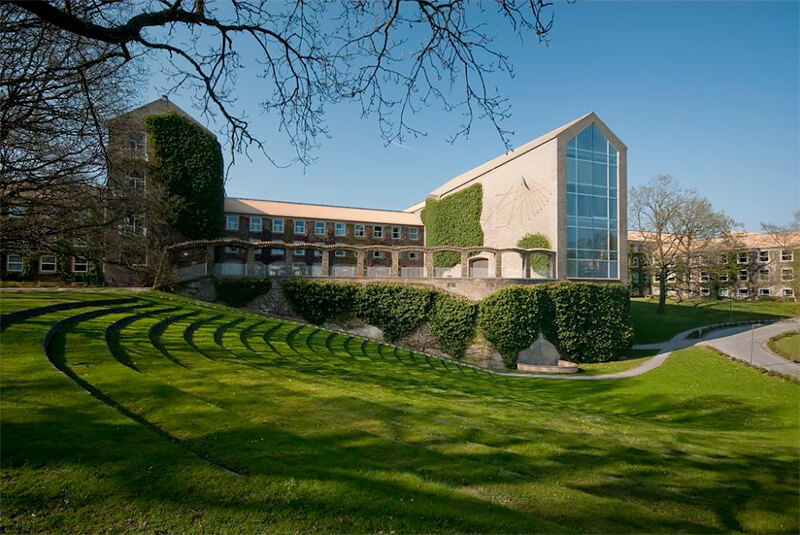 The educational establishment, built on the Aarhus embankment, has an original appearance. The buildings are built of yellow brick and covered with ivy, thereby harmoniously blending with the environment. Indeed, Aarhus University is located in the middle of a hilly park, which makes it an attractive place for walking.

Located in the already picturesque New Zealand, the University of Otago, which buildings are built in the Neo-Gothic style, simply blends in with its natural beauty - a river that cuts through the university campus and shady gardens.

The oldest university in Ireland, founded in 1592 by Queen Elizabeth. It is famous for its magnificent library, which bookcases store 200 thousand volumes of ancient books. Trinity College graduates include Jonathan Swift, Oscar Wilde, and many great scientists. It was named one of the best looking campuses in Europe by writers of the EditProofRead service

The history of the college is connected with the Canadian army because there used to be a military college. Initially, the building was privately owned by the industrialist and politician James Dunsmuir, who was later redesigned for the royal palace. Royal Rhodes is one of Canada's picturesque colleges. It is located on the Pacific Ocean and occupies 227 hectares of land, which includes forests and gardens. 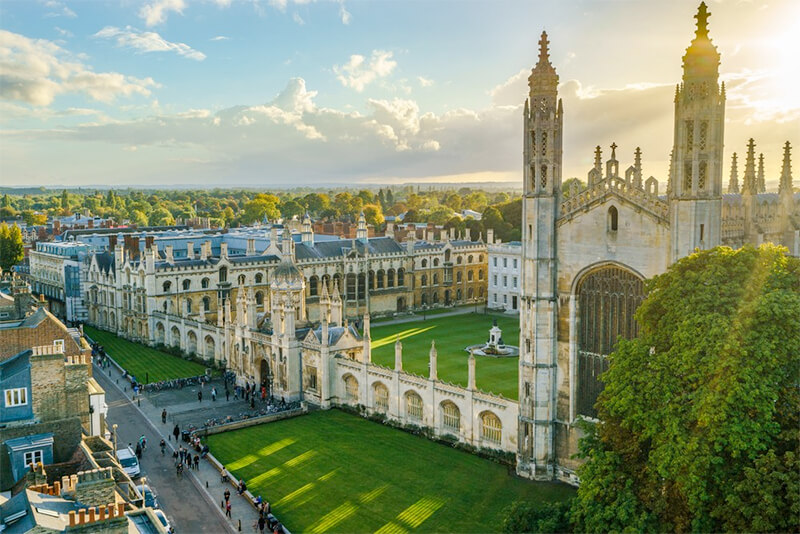 Cambridge, like Harvard, is not only one of the best universities in the world, but also one of the most beautiful. Each of the university's 29 colleges has a unique design, and its Royal College Chapel is a recognized architectural masterpiece. Of course, the winding Kam River makes the campus even more delightful.

Located in Santa Cruz on the grounds of a former ranch, this University of California pleases the eye with magnificent landscapes. The view of the Pacific Ocean, mahogany forests, and endless open glades make it a true resort town. Moreover, the design is designed in such a way as not to harm the environment.

In 2016, the university took 1st place in the United States in terms of ethnic diversity, global thinking is instilled in students. The campus with artificial reservoirs and pools is considered one of the most beautiful in the country.

The ultramodern complex designed by Frank Gehry is the major attraction of the Massachusetts Institute of Technology. According to some reports, $ 315 million was spent on its construction, and Bill Gates acted as the sponsor of the building.

Agree, when you enjoy being in a beautiful building, the incentive and desire to study and get a degree appears even more. In addition to the educational process and education level, aesthetic pleasure also plays not the least role. It's no secret that most of the beautiful colleges are located almost in every state of America. But now you know that European educational institutions also look great and are in the list of tourists who make photos of the buildings with a unique design.
Stay up-to-date  with call for entries, deadlines and other news about exhibitions, galleries, publications, & special events.
Advertisement