The Concept of Visual Anacoluthia 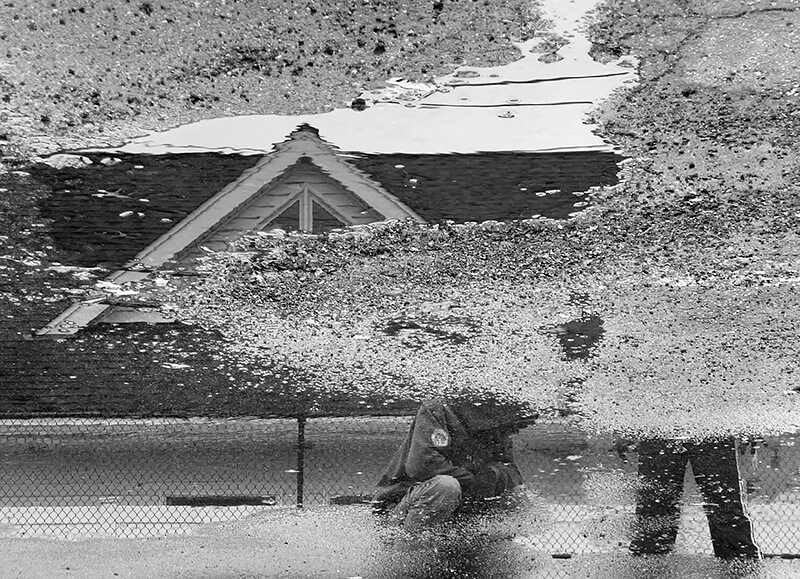 What is Anacoluthia? Well, it's a syntactical device, as in the seeming lack of grammatical logic in a sentence. It's used by writers as a mixed style for a specific effect. For example, "Bring the beer... are the toilets clean?" Two other such tools are also deployed by writers: 1. Parataxis, another such device, to increase the tempo of the narrative, by eliminating conjunctions. For example, "I came. I saw. I conquered," and 2. Hypotaxis is syntactical subordination: hypotatic or adjective followed by a supporting subject-verb phrase. You're probably itching to ask what does all this have to do with photography? Quite a bit, depending on your perspective! You see, photographers, like writers, visualize for a living, and, they actually share the same vocational idiom. It's rather negligent of us, if we cannot, being the observers we are, see how syntactical tools can become malleable intriguing photographic concepts.

"... Parataxis possesses poetic power. Instead of a thin monotonous trickle of juxtapositions, we now have the laisse form with its abrupt advances and regressions, and its abundance of energetic new beginnings..."
Erich Auerbach, "Mimesis: The Representation of Reality in Western Literature," 1946

The Idea:
I am a writer by passion and a photographer by design. What I mean by this is that writing requires a lot of practice, dedicated labor every day, just to attain mediocrity. It is a very discouraging avocation. Ask anyone who is trying to earn a living by writing non-fiction or fiction. On the other hand, when I say "by design," I mean it literally. My photography is the consequence of being an artist-designer, a passionate aesthete, an observer of the urban environment, who makes a living by creating unique product forms, and discern what is commercially viable, or liable - therefore, photography is natural to me, while writing is an acquired psychosis... to which I adhere, like a barnacle on a beluga.

In both cases: writing and photography, the practitioner must visualize, and see beyond the obvious. It's about the discernment of conditions, an aesthetically selective process, of what can resonate. In writing, it's about deep contemplation, and imagineering a three dimensional world of characters, their milieu, their interactions within that milieu, and depicting it in your style, with an aesthetically evocative syntax. Syntax is subject to our various personal styles. I often wondered as to why must writing and photography have separate vernaculars, different idioms - since visualizing, as Montaigne did on the multifariousness of existence, is the requisite in both vocations? They don't seek beauty for only beauty's sake, whether it's prose or a photograph. It's always in the context, of some condition, mostly in the form of a metaphor, an allegory or an inference, anything less is basically vacuous.

The Syntactical devices:
Why not use the same syntactical devices in photography to express conditions? The three devices: Anacoluthia, Hypotaxis and Parataxis transmute to photographic semantics conveniently. To substantiate my theory, I will show, through some photographs, how the aforementioned syntactical devices cross over to coalesce and categorize complex photographic concepts into the aesthetic of realism. The nucleus for all three devices, in the photographic context, is realism - a narrative form, used by the great writers since the early nineteenth century to depict the unavoidable ambiguity in existence. Coincidentally, Daguerre, at about the same time, also invented his own version of realism, for images, so the two forms of realism shared a parallel path through almost two centuries, to the present. Wouldn't it make objective visual sense to blend literary realism's devices with photographic realism?

The Transmutation:
The Paratactic (Parataxis) photographs, A1 and A2 offer no continuous linear narrative, they are disjointed, as in syntax, with no conjunctions. They increase the aesthetic tempo of the composition. They are undeniably arresting in their asymmetric beauty. The abrupt narrative, exactly like that of life, is devoid of the even surface. It's discursive, choppy, yet, profoundly coherent, like Homer's "Odyssey," or Wolfgang Mozart's Concerto No. 20 in "D Minor" (K466, 1785), a sublime masterpiece of switching tempos, from pleading to violence, and back to resignation. My photographs are entirely discursive, without any post shot manipulation. Through my viewfinder, the "syntactical" polarization in "Boys over the roof" (A1) was hardly discernible, later I was astounded to see that my boys were from starkly separate worlds. The photograph "No Turn on Red," (A2) is one story with contrasting planes, pulling and pushing the same reality, in distinct styles. How about the disrupted narrative in A3? 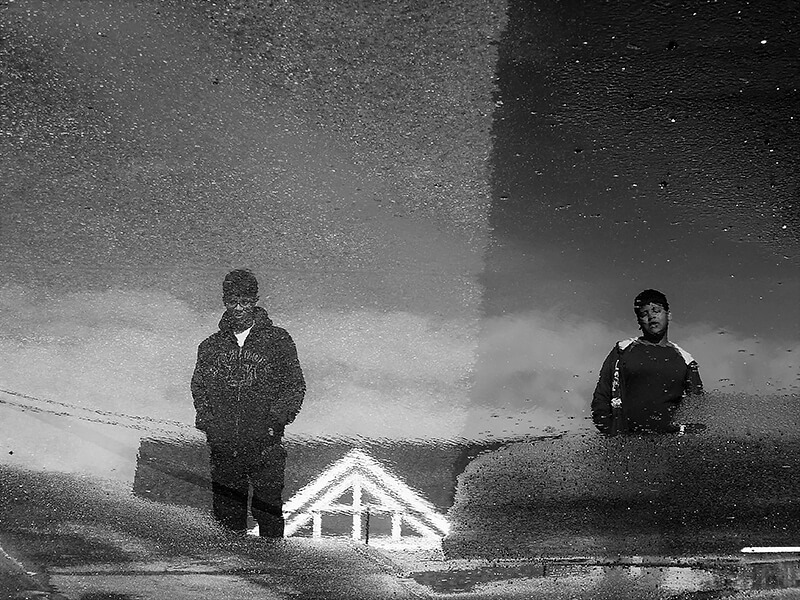 Image A1 © Raju Paddala - Boys over the roof 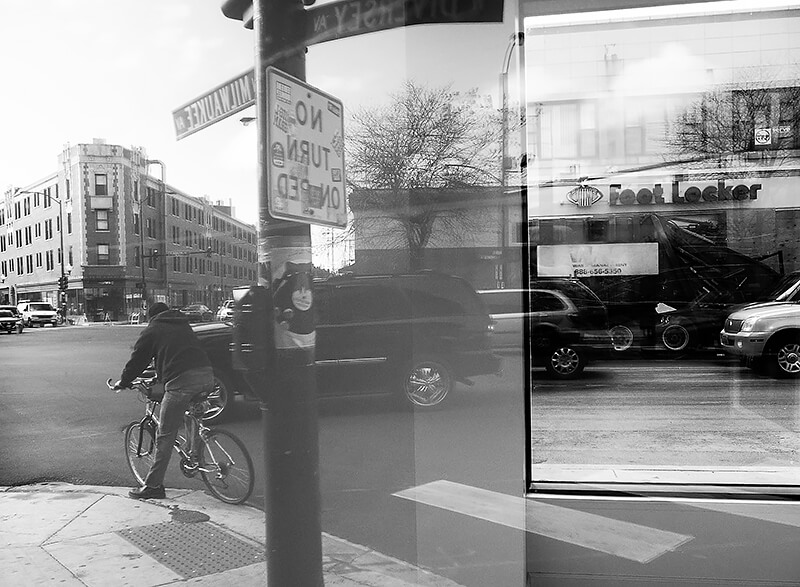 Image A2 © Raju Paddala - No turn on red 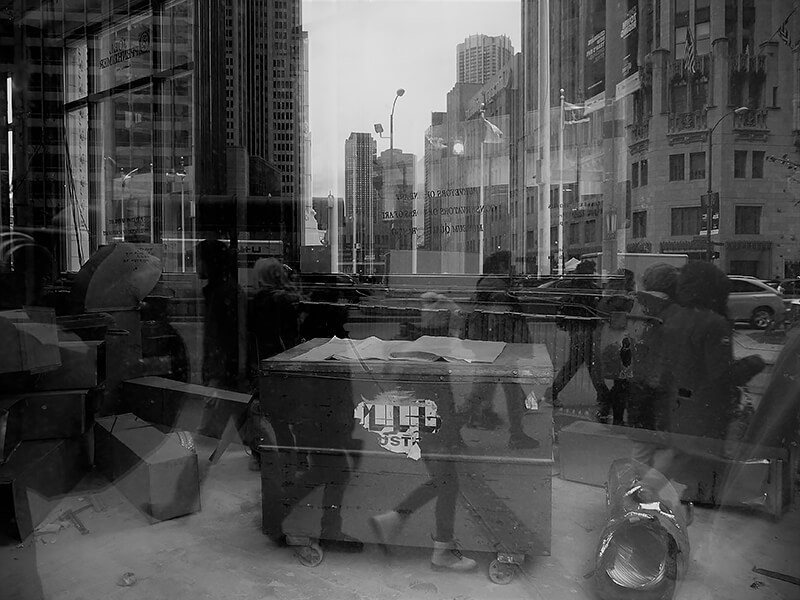 The Anaculothic (Anacoluthia) photographs, B1 and B2 represent the deeper aspect of our human condition, in their internal melange of nuances, motivations and judgments. They are diversionary, full of distractions and detours in an urban condition. There is no identifiable grammatical protocol, no definite tool for deciphering life, which is what we refer to as the real, leaving us with more questions unanswered. Vittorio de Sica's depiction of the human urban condition in his classic film "The Bicycle Thief" is the perfect example of this realism's abstract brutality, the same is fetched by Dorothea Lange's images of the dust bowl depression. Life is a simultaneous intermingling narratives. The photograph "Finished construction" (B1) is the palimpsest of the urban reality: people, with their minds full (interior) going about town (exterior), in and out of finished, as well as unfinished buildings. Metaphoric? The photograph titled "Drugs" (B2) also depicts the collision of activities - a grammatical dysfunction? No, look carefully, and you'll see communication (AT&T), then delivery (FedEx), of the said Drugs. Accomplished writers use this anacoluthic method to narrate, in a medley of styles and matter, appearing chaotic - but, coming together in the end. This is my favorite photographic expression. 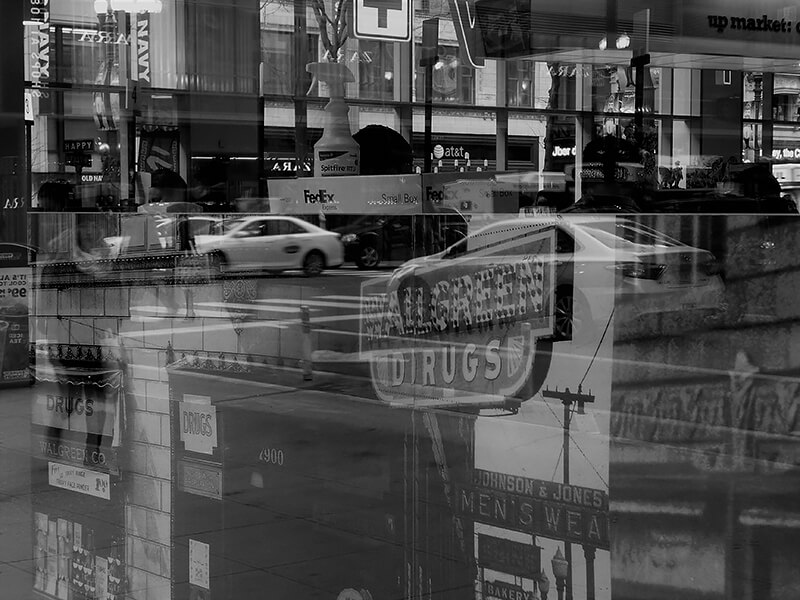 The Hypotactic (Hypotaxis) photographs represent a manifest narrative. The adjective is verified, supported and connected by a verb to the subject via it's action. Unlike the two esoteric concepts above, which only I and hardly a few practice, most photography falls into this category. The practitioners of this type-and-concept are ubiquitous. Even a portrait would fall into this typology: A beautiful (adjective) girl (subject) sits (verb) for a portrait. The narrative is rather obvious. In my photographs, "The Brute" (C1) is the perfect example of an adjective being aided by the subject and its verb: A brute (adjective) of a man (subject) is at work (verb). The final photograph is rather humorous. I thought of calling it "The Nagger" but the subject would throw a fit, so I titled it "Redundancy." (C2) A metaphor for repetition? It is a rare photographic phenomenon, when the adjective and the subject coalesce to become the verb. A tough concept, and I was lucky - it was serendipity! 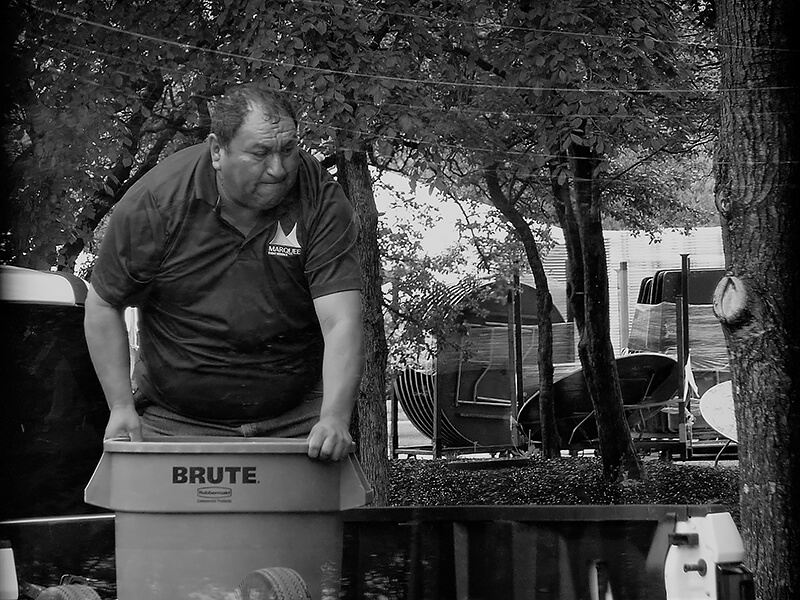 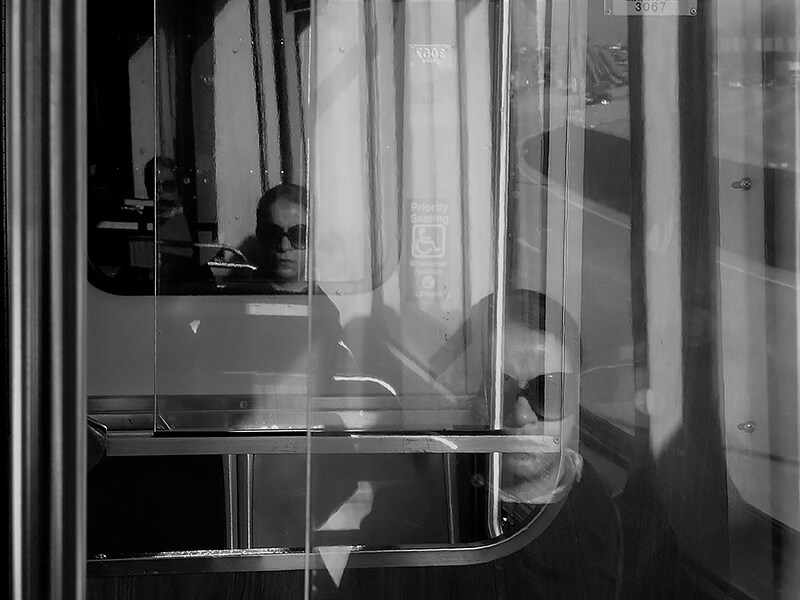 The Conclusion:
Abrupt changes in tempo actually mirrors life. It's coarse realism, paratactical, in black and white: you leave for work whistling, then, you die in an accident. Is this a smooth linear transition? You're cooking, while your baby falls into the tub and drowns, you call the 911, your husband, and your parents, the police come and arrest you for negligence, your husband blames you, you're imploding, and the media comes barging in, while you're crying over your baby - example of many overlapping reactions unfold all at once. If you had to diagram this, it would be a nightmare. The baby develops into a centrifugal force as a the victim, the emotional centrifugal force would be the mother and father, the investigative centrifugal force would be the police and the media. It's one gigantic tangle of connections that has no linearity what so ever. Where's the grammar? Grammatical protocol in syntax is predictability, oversimplification, the cause and effect, but, life does not unfold this way. It's discursive, diversionary and digressive. If, life was grammatical and linear, it would be easy and boring.

Finally, life is a dynamical strophic phenomenon, contradictory and multidimensional in its interior motivations and impulses versus the exterior actions that may have no kinship at all. A women could be knitting a muffler for her husband, while she fantasizes on her rendezvous later with another. Life comes at us in jump cuts, disconnected narratives, uneven tempos, dichotomies and surreal events, without much logic, yet, somehow it all coalesces to a logic, to make us whole. If life was all linear and symmetrical, photography would be uni dimensional. All the excursus is the aesthetic encapsulation of reality - the unseemly chaos is what makes it beautiful! Paratactical, Hypotactical or Anacoluthic realism does not mean clarity, rather it's the exact opposite. All this organic dynamism of our existence nourishes ambiguity: our fundamental condition.