Street Photography and the New Normal by Betty Manousos 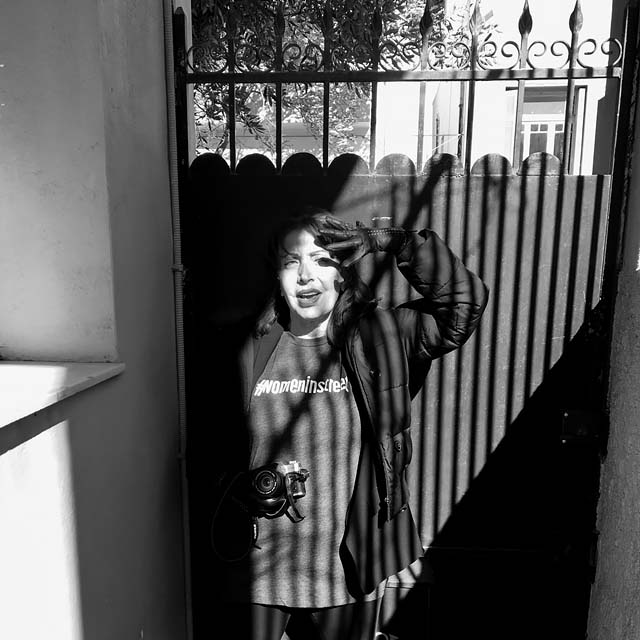 Street Photography in general has changed over the years, we have seen a lot of changes. Recently the most obvious one is the change to daily life from the existing pandemic outbreak. And our ever-changing world, cities, as well as global circumstances are also transforming street photography. I feel every image is a reflection of our era's ever-changing visual culture. We're all living in a seemingly Dali-esque situation. It's hard to cope with anxiety, stress, and fear. The virus, the continuing lockdown, uncertainty, and isolation have radically changed people's behavior. Adjusting to the "new normal" can really be challenging.

It's clear that the pandemic has a profound impact on how people live. It actually affects how we think, feel, and act. Social isolation and loneliness can indeed lead to feeling miserable and vulnerable. And vulnerability can trigger anger, experts say. Are people becoming more aggressive? 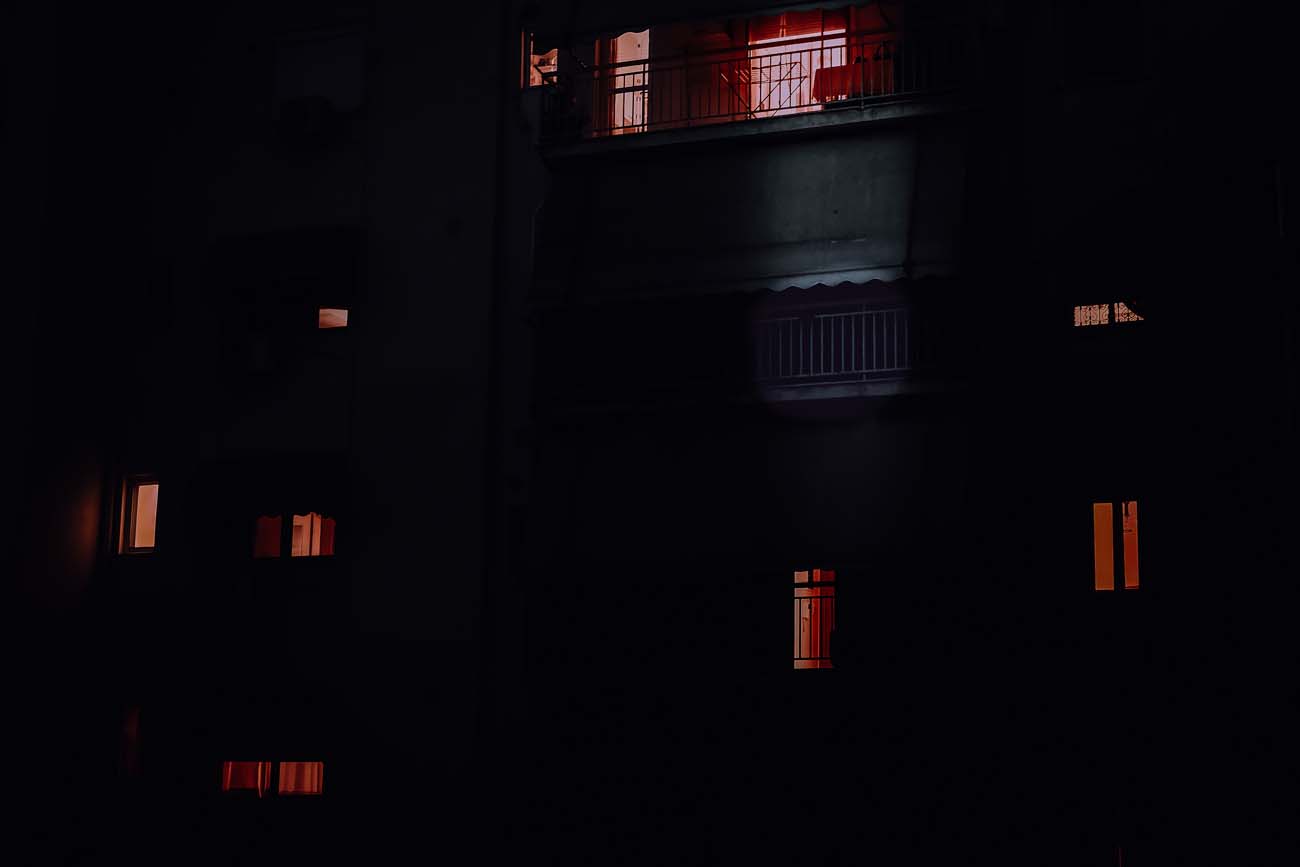 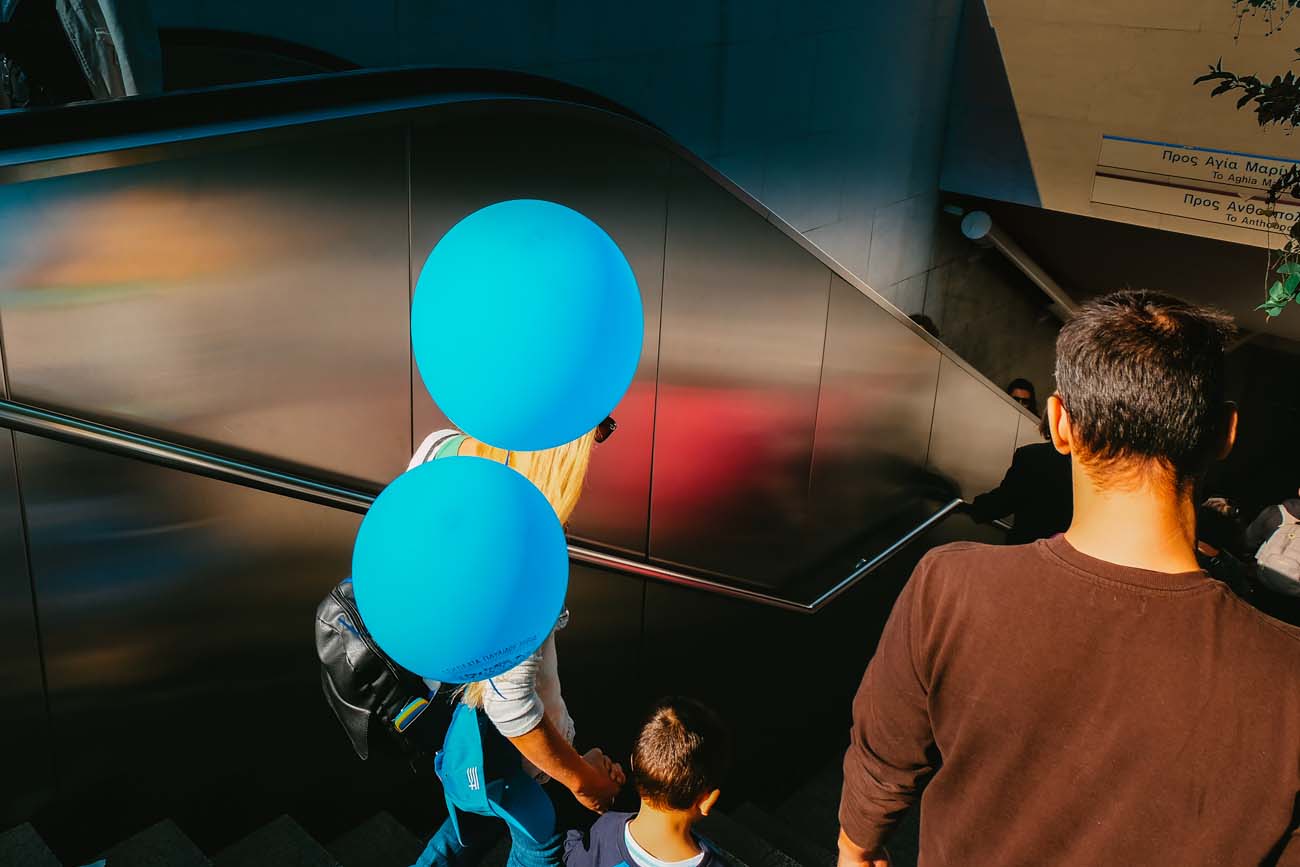 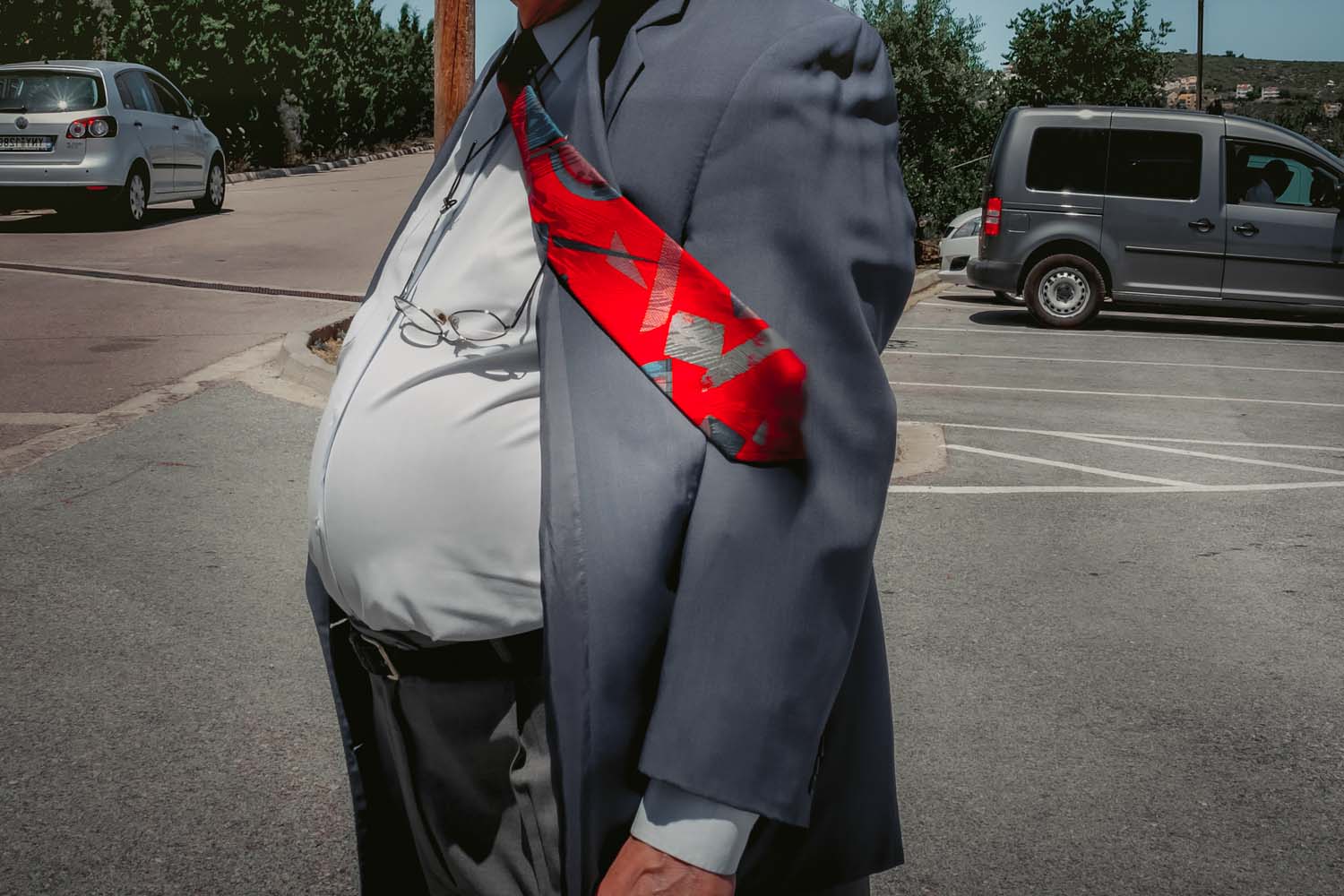 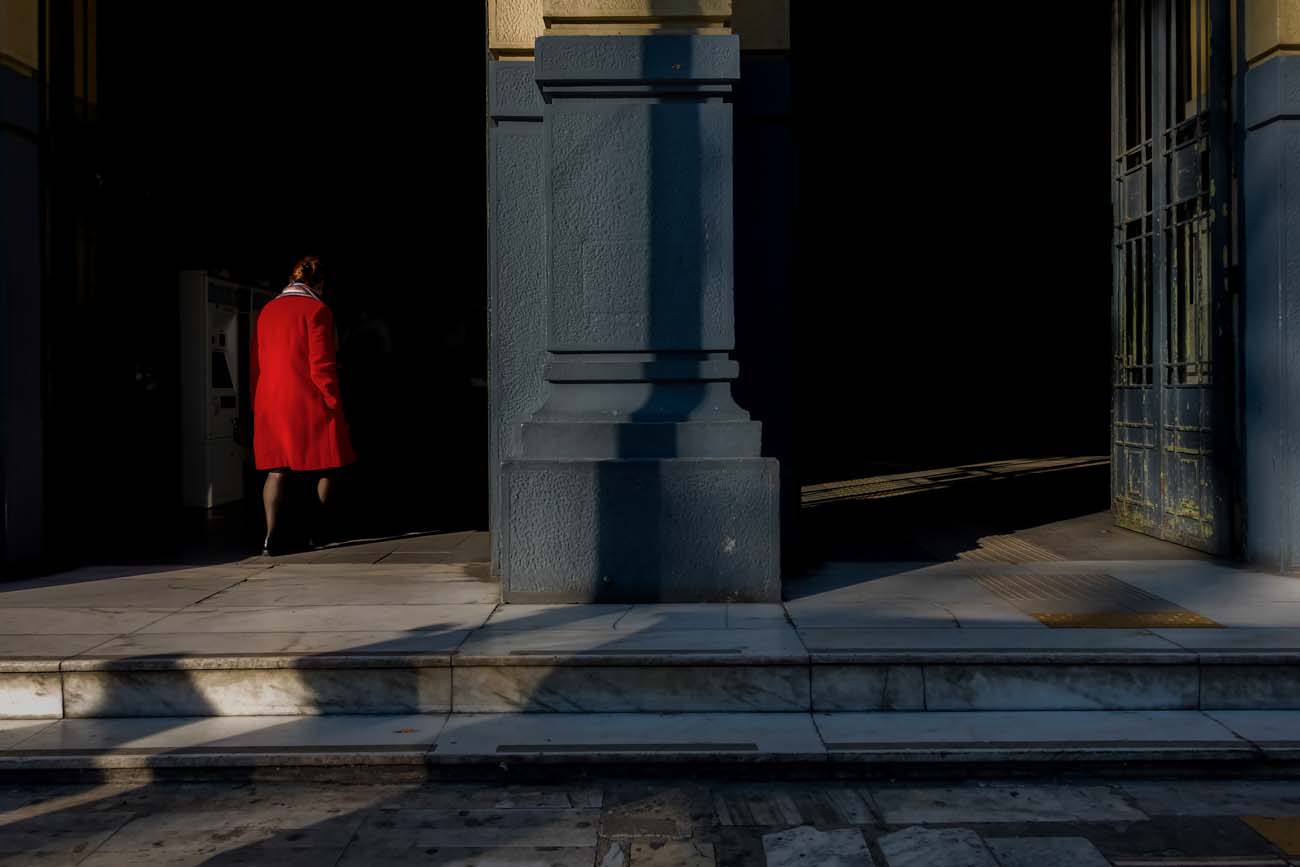 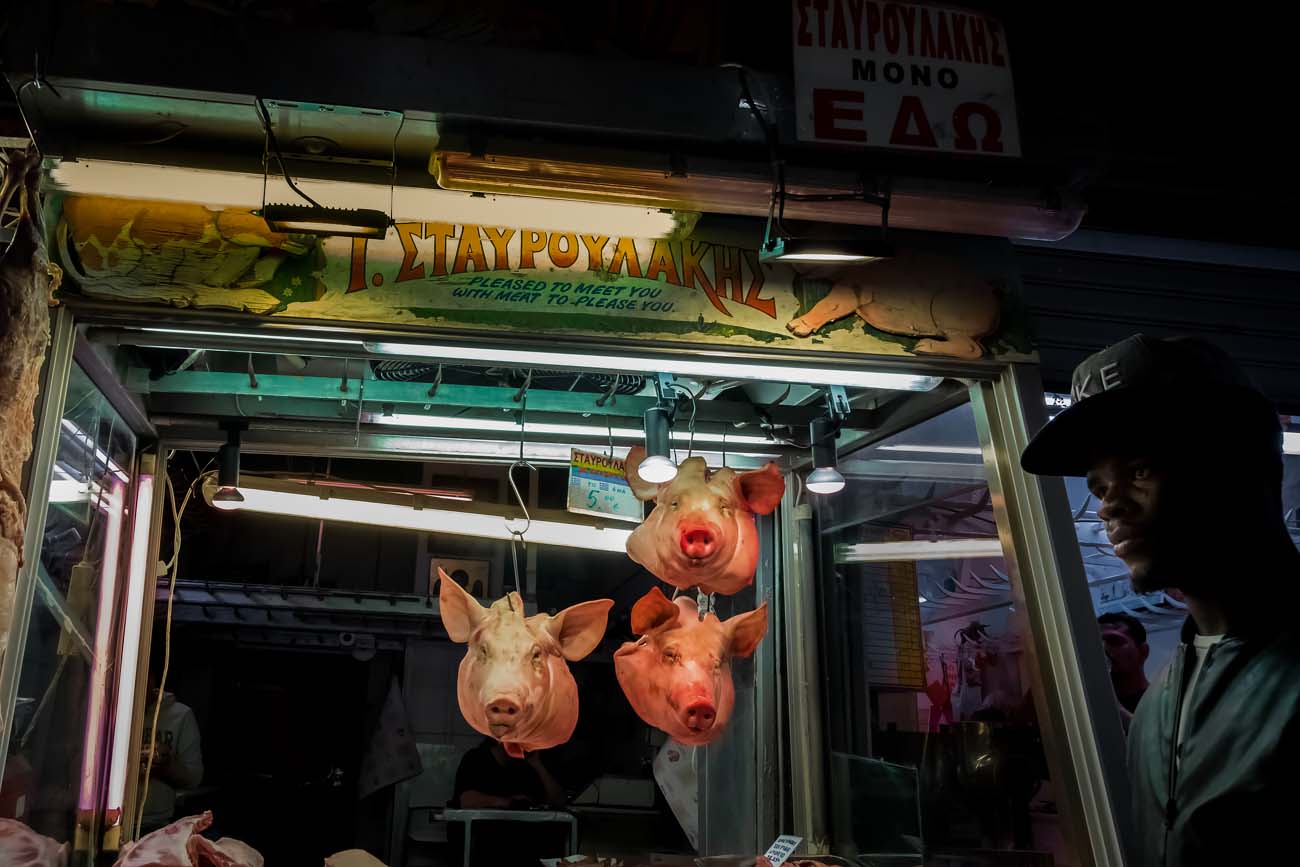 This leads me onto the next issue. Street photography - and by that I mean candid photography - is a surprisingly difficult photographic genre to practice in Athens. That said, for the past two years until now things have changed drastically. Any one in a public space taking photos of strangers these days is almost guaranteed to come under some type of suspicion. In other words, it is incredibly challenging. I remember there were times where I would get yelled at by a stranger. I remember how I felt threatened on that day. I always would try to stay calm and explain them what I was doing. Ideally if a rational discussion results, then the problem could be resolved constructively. {Ideally you could sit down with them and ask what is wrong, but realistically the best option is to avoid them.} I got yelled at a couple of times or so. Perhaps people feel threatened or have become suspicious not everyone likes being photographed without consent. But street photography is all about taking candid pictures of strangers in a public place. As female street photographers I don't think we have an inherent advantage because people feel less threatened. In my experience, many people don't like having their picture taken. Perhaps they feel as though taking a photo of them is an invasion of their privacy. In most European countries - including Greece - there are legal restrictions to street photography.

I sometimes shoot from the hip. But, even so, there's always a possibility to get noticed by passers-by. For my "When People Toil" project I shot the entire body of work from the hip like a scaredy-cat. It was especially tricky as that area is quite unsafe to walk around.

That said, I am still having a love affair with street photography - but hash, that's a secret! 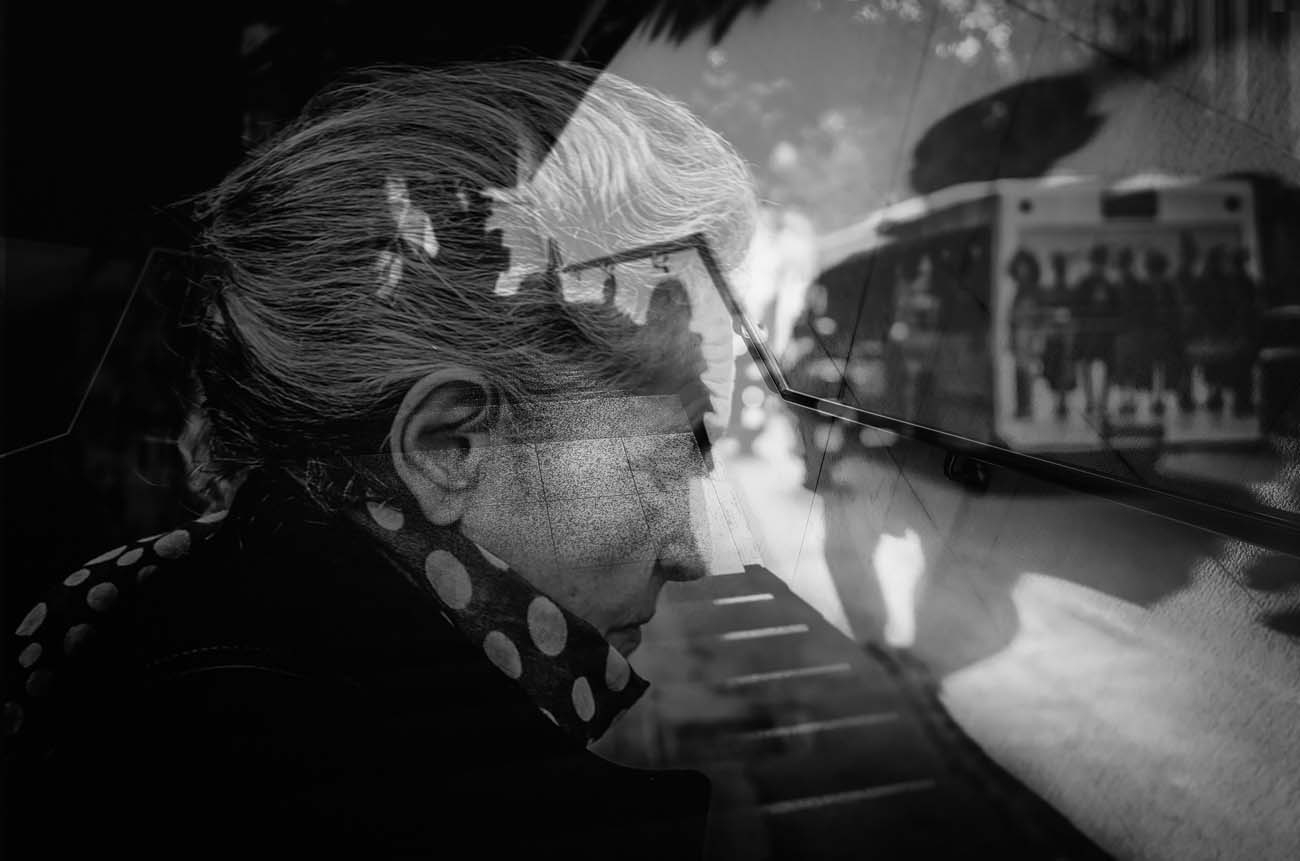 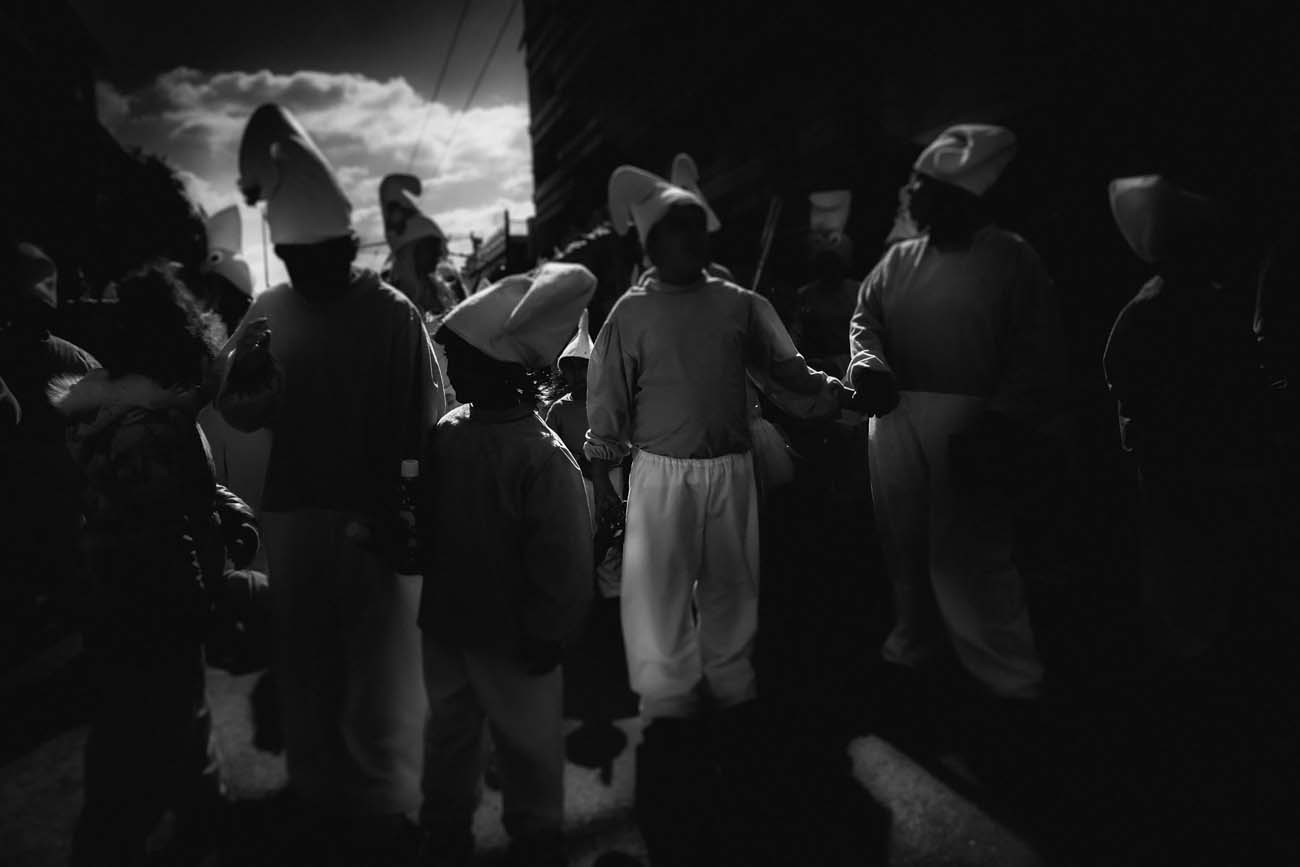 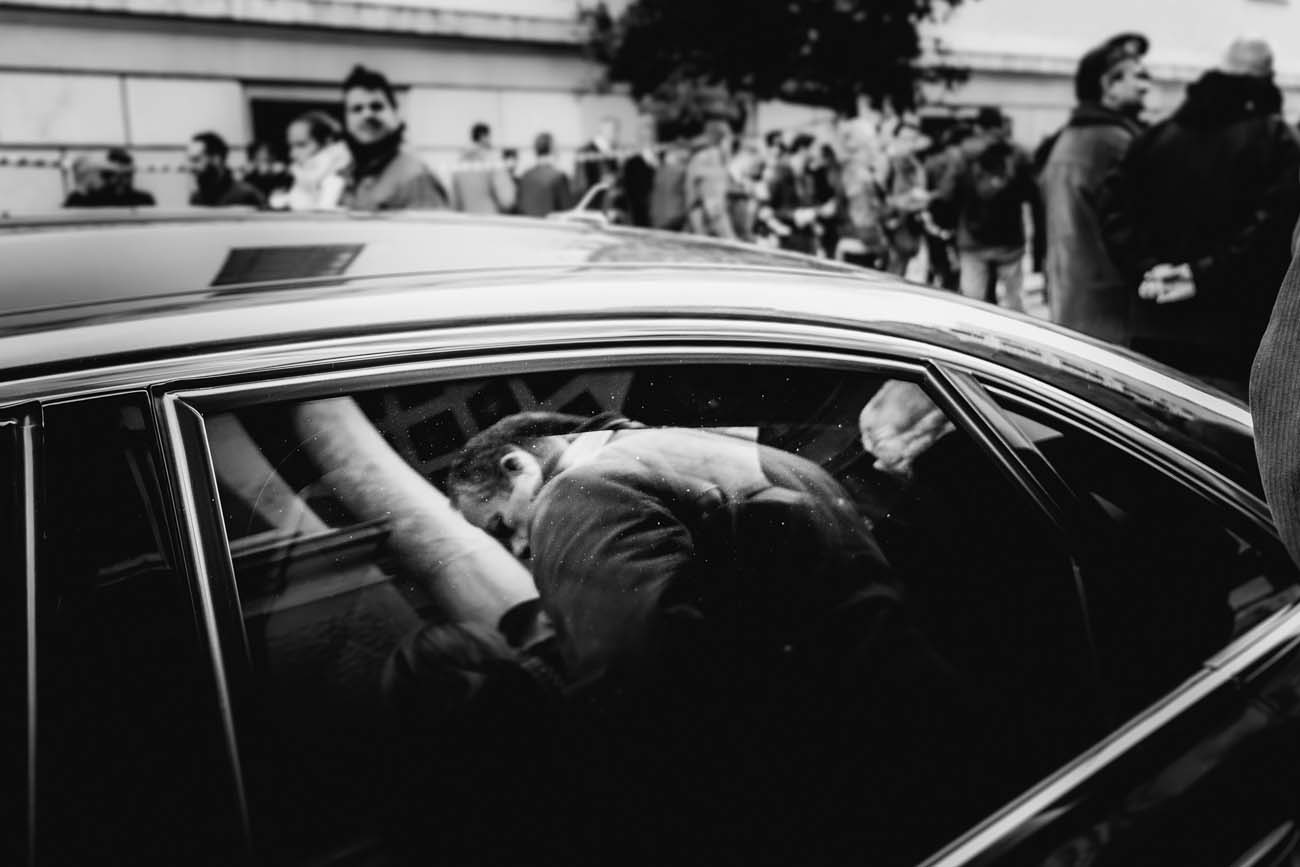 Betty Manousos
Betty is an award-winning street and documentary photographer currently based in Athens, Greece, owner and founder of CUT and DRY Blogzine, and a member of the Photographic Circle Collective.
She holds a Business Administration and Marketing Degree.
She has always loved Street Photography, but it was only recently that she actually got dedicated to this genre.
Ever since she started Street Photography, she was drawn to the high contrast work of Daido Moriyama. Also, her significant influence is from the movies - influenced by Italian Neorealism, La Nouvelle Vague (a French art film movement), Akira Kurosawa, Theo Angelopoulos.
Saul Leiter, Harry Gruyaert, Josef Kudelka, Picasso have also influenced her photographic style.
I'm residing in Athens, and this is where the majority of my work comes from.
For me, street photography is ultimately liberating because it is an expression of my need to look at things differently. I've always been drawn to the power of imagery as a way to express my own completely subjective interpretation of what I feel rather than I see.
I'm less interested in creating images the traditional way - as street photography is an art form without constrain - but I'm much concerned with the unexpected and unusual. And I enjoy giving my images a sense of purpose in an artistic way.
As a photographer, I try my pictures to reflect a surplus of meaning, to stimulate a feeling, to move the viewer emotionally and express an aesthetic or feeling in a poetic way.
I'm interested in the realm of dreamlike approach and the expressive, meaningful side of things.
I firmly believe that every image is a documentation of our era's changing visual culture to some degree, whether it is a surreal, sometimes unreal, an abstraction or social straight picture.
That way, I've always thought of street photography as a great means to document urban life too, tangible and intangible elements of a city, individuals or crowds in the street and tell the stories behind the shapes and patterns of a public space.
Betty brings her movie influences into her photography to create a style which is emotively dramatic, mysterious and insightful. By making use of minimal amounts of whites and mid-tones, a lot of deep blacks and shadows, she creates her black and white photographs.
She captures scenes that shape city life and how it unfolds in urban environments and has recently turned to the use of color.
Her work has been published in Street Photography Magazine, Street Photographers, Eye-Photo Magazine, Eyeshot - Street Photography Magazine, Street Core Photography zine, The Pictorial-List Magazine to name just a few.
Featured in Street Photographers Foundation, The Pictorial-List Magazine, Street Sweeper Magazine 2020, on 121Clicks 2020, Wonderzofphotography 2020, The Edge of Humanity 2019, Photographize 2019, Wonderzofphotography 2019, Photologio.gr 2019, Photographic Mercadillo 2018.