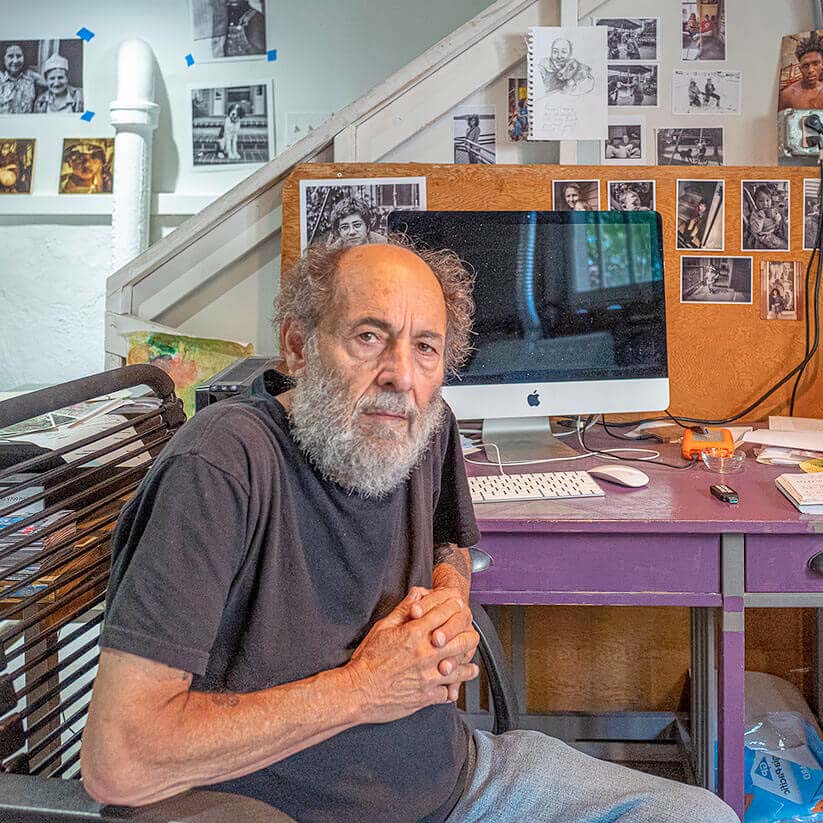 During the 2020 Covid summer there were daily political protests in Portland, Oregon. Many turned violent. I attended a rather mellow rally at the sports field next to the King Elementary School in north Portland - it was a Saturday afternoon in July. There were a group of five men on a hill above the field who were sitting in an area where there are four picnic tables, and from afar I thought that they might agree to be photographed. As I approached, I noticed that there were bottles of Grey Goose, or maybe it was Hennessy, on the table. I'm not sure which because those brands and many others have appeared over time. The men were sharing a rather large joint and three weren't wearing masks. I approached and when I asked if I could photograph, they began posing, making signs with their hands and more. I took over fifty images and I asked them if they would be there the following day. The reply was "you'll find some of us here every day." I told them that I would return with pictures the next day and there was a quiet "yah sure" in response.

I came back the next day much to their great surprise and returned most every day through the summer of 2021. I was fortunate to meet this community of individuals, ages ranging from children to adults in their 70s, who grew up near King Elementary School and still view it as their home despite intense neighborhood gentrification. Some of these individuals still live in the neighborhood while others live miles away in East Portland. Yet everyday a cadre meet in the park that adjoins the school. Sometimes they eat and drink and smoke; what is constant, though, is Conversation. Since that time, I have had the privilege of taking photographs in the park almost every day. Individuals have welcomed me into their lives, and I view this as an ongoing project. 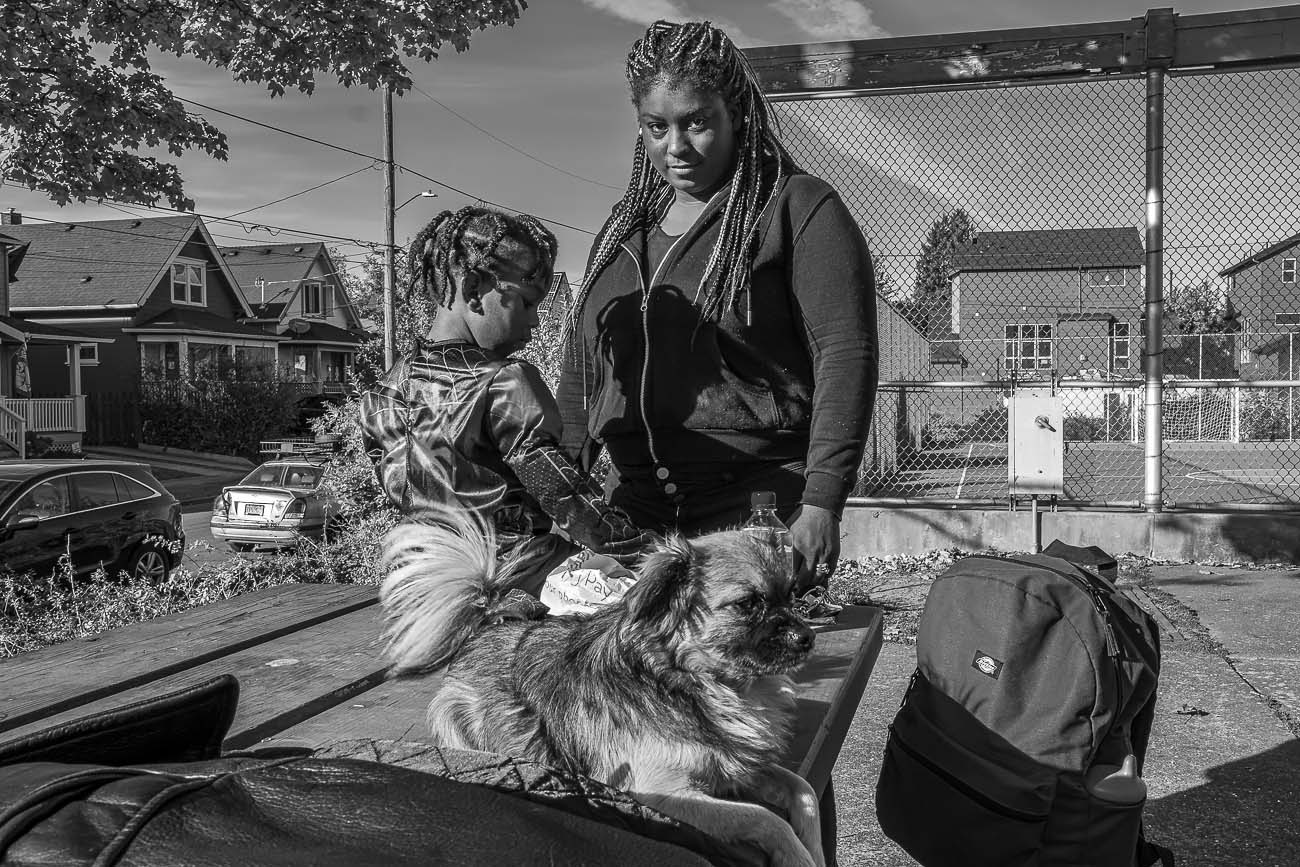 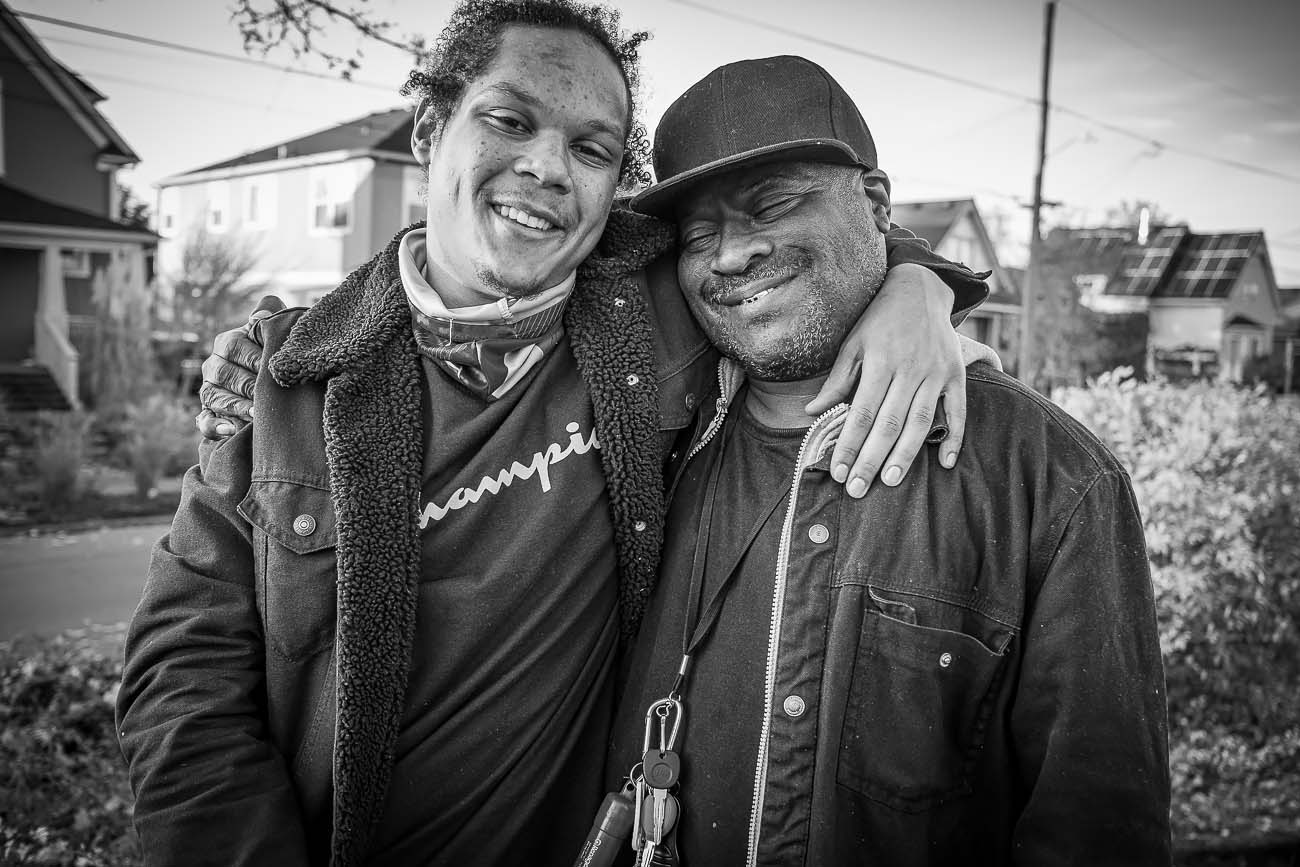 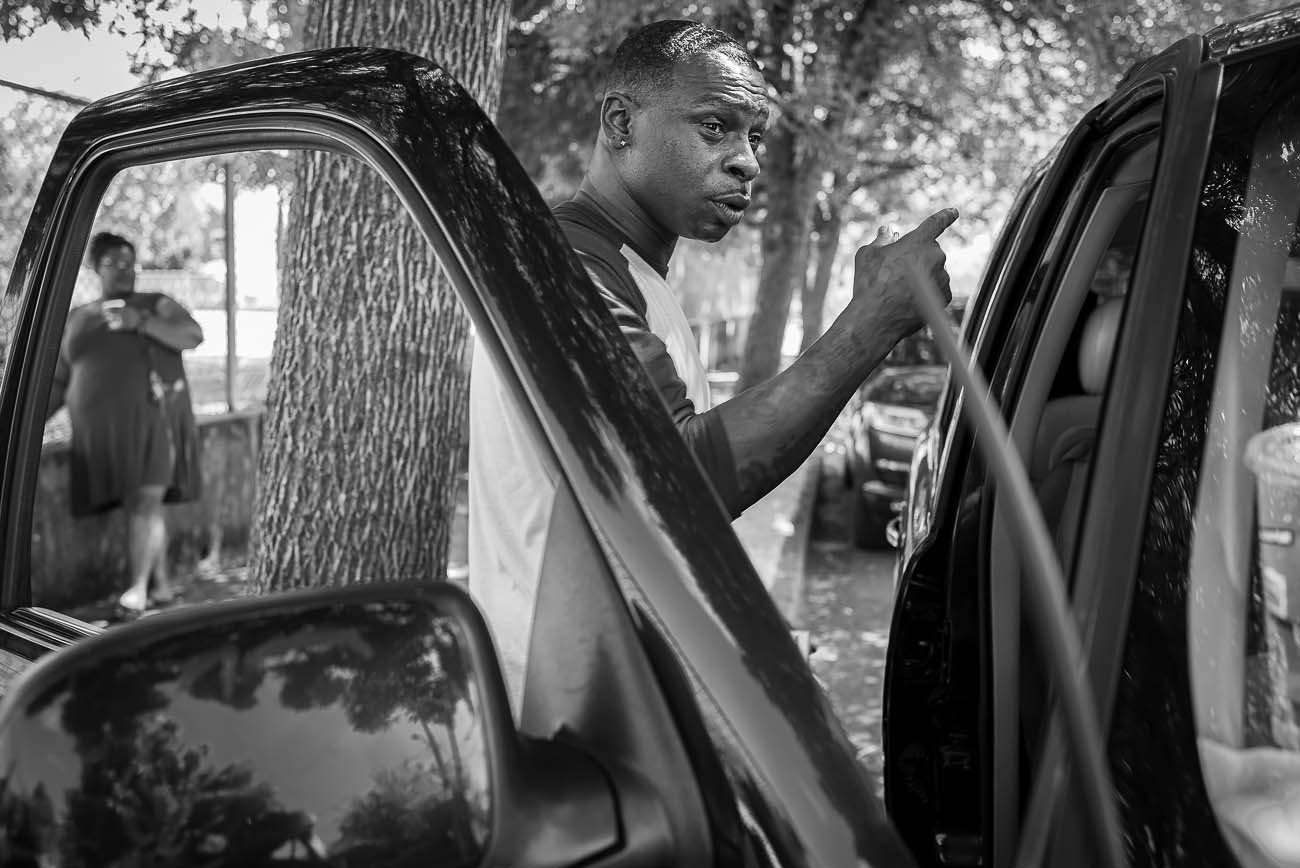 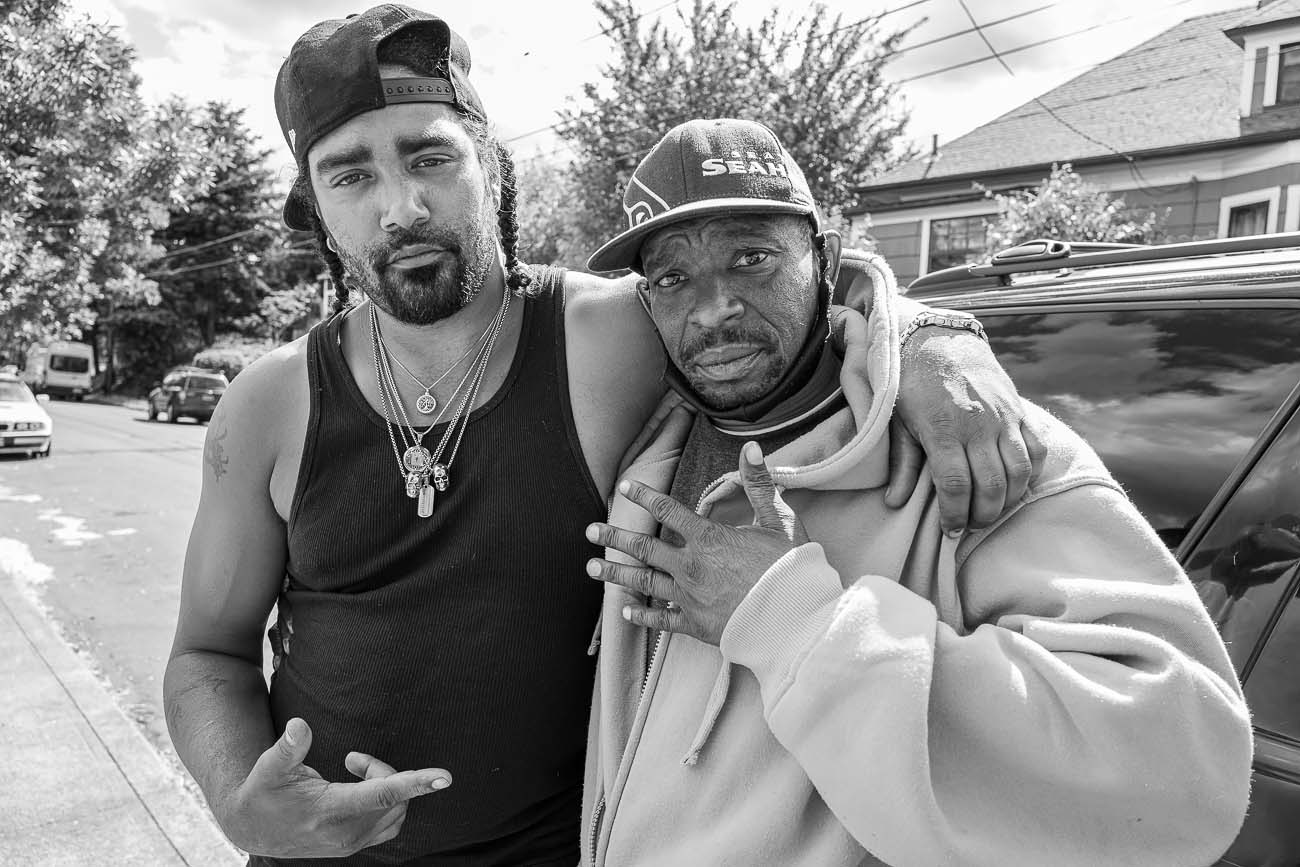 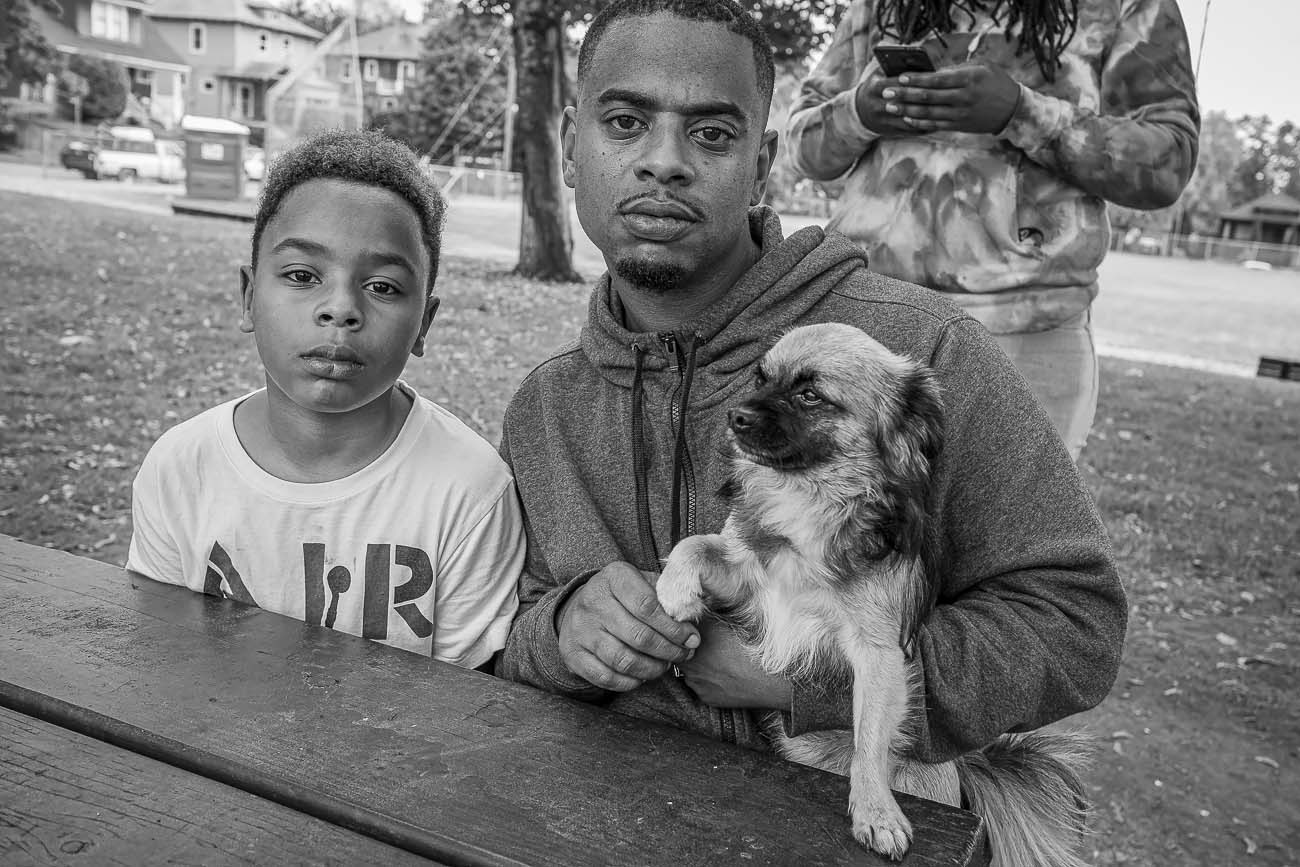 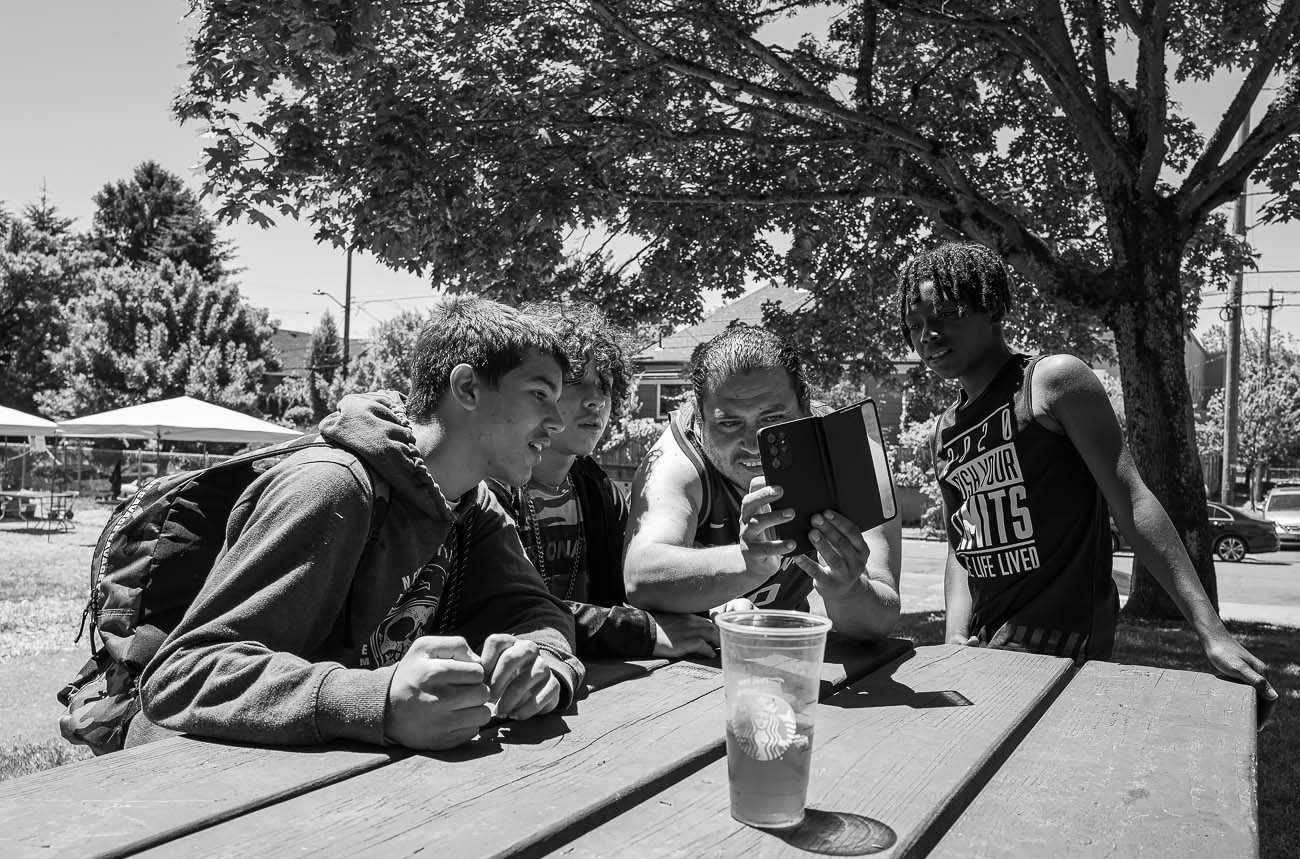 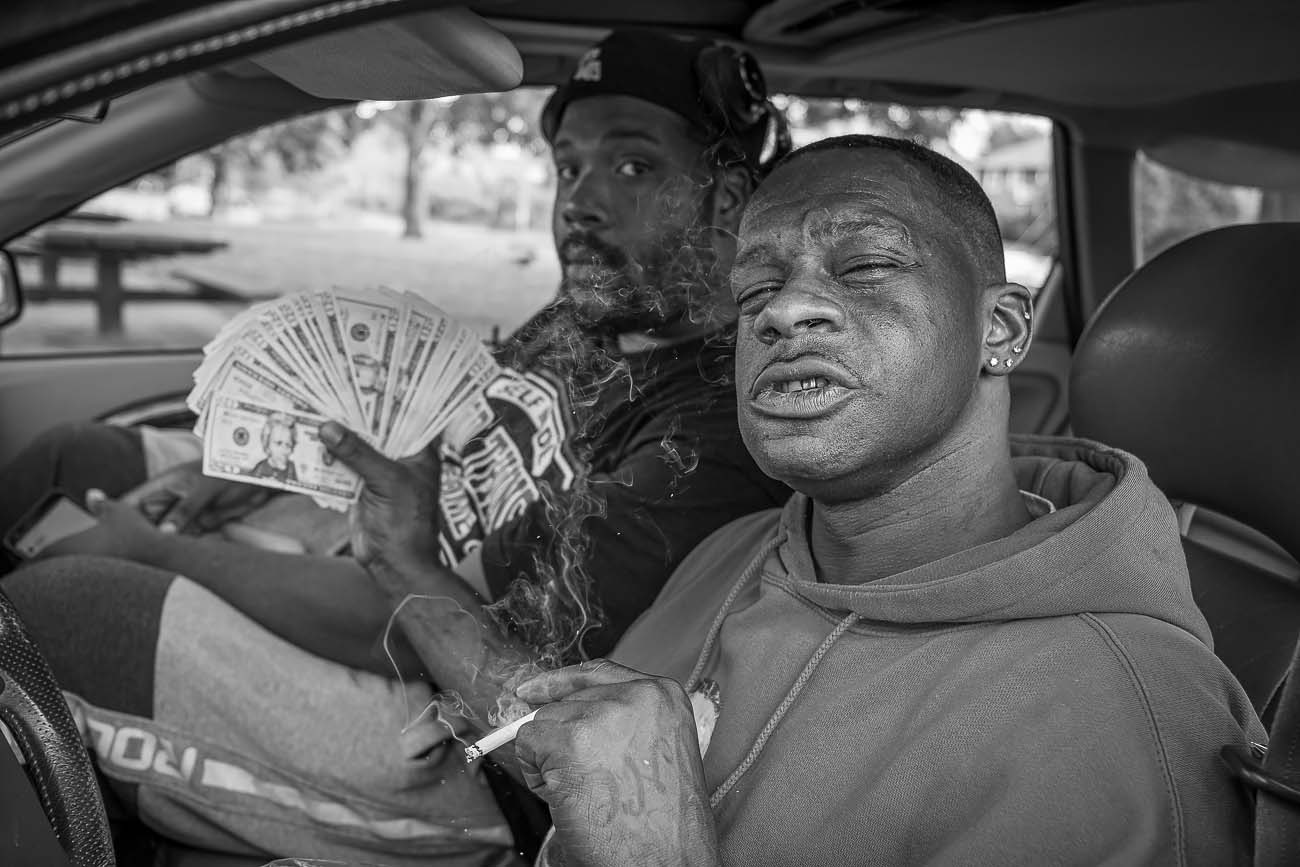 Alan Wieder
Street photography began almost 50 years ago in Columbus, Ohio. Since that time, I have taken photographs in Asia, Africa, Europe, and throughout the Americas. Most of this work has been near my homes in South Carolina, Cape Town, and Portland. Recently, I've been privileged to study with master photographers Bruce Gilden, Peter Turnley, David Alan Harvey, Constantine Manos, Harvey Stein and Nikos Econopoulos. Their teachings have both expanded and focused my work. I try to capture spirit through the eyes of the individuals I photograph within the context of their various settings. 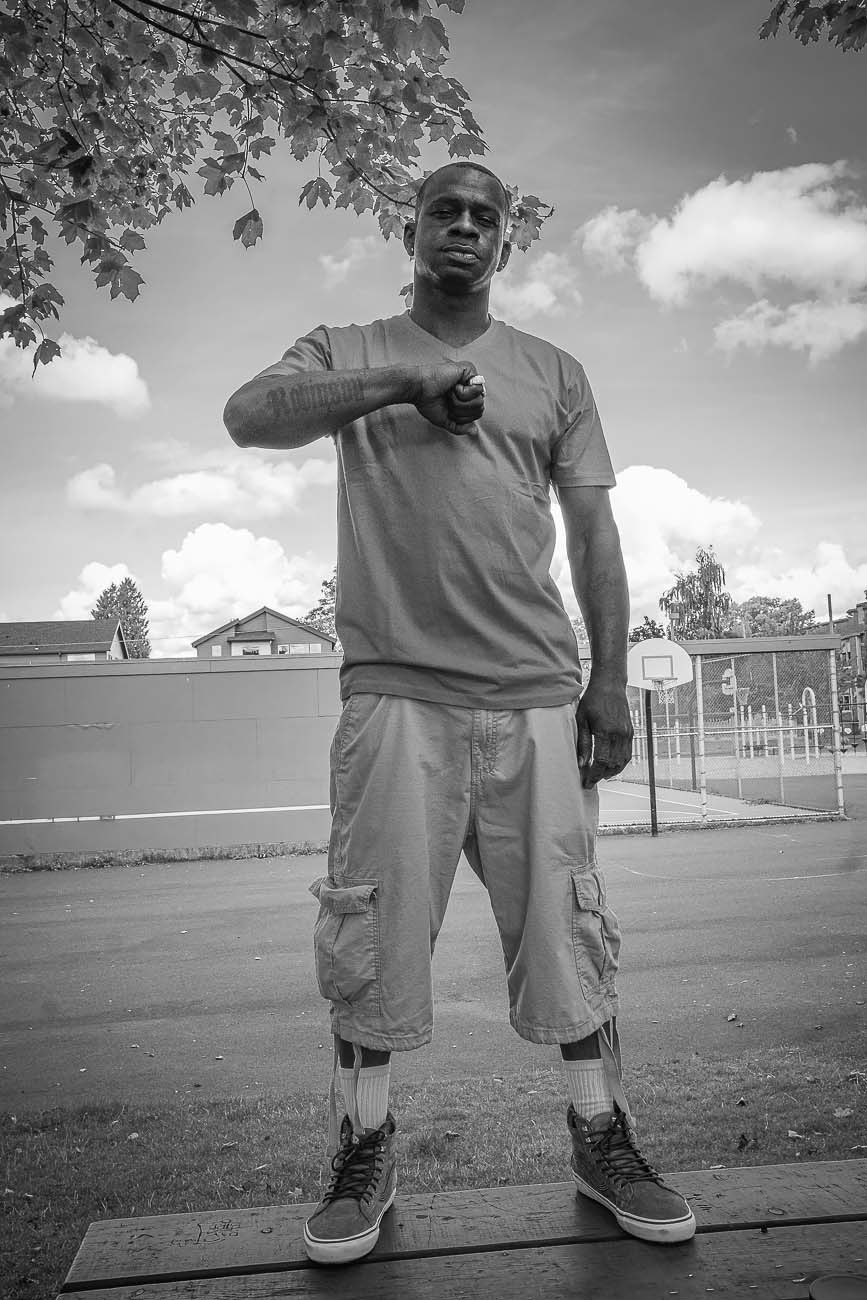 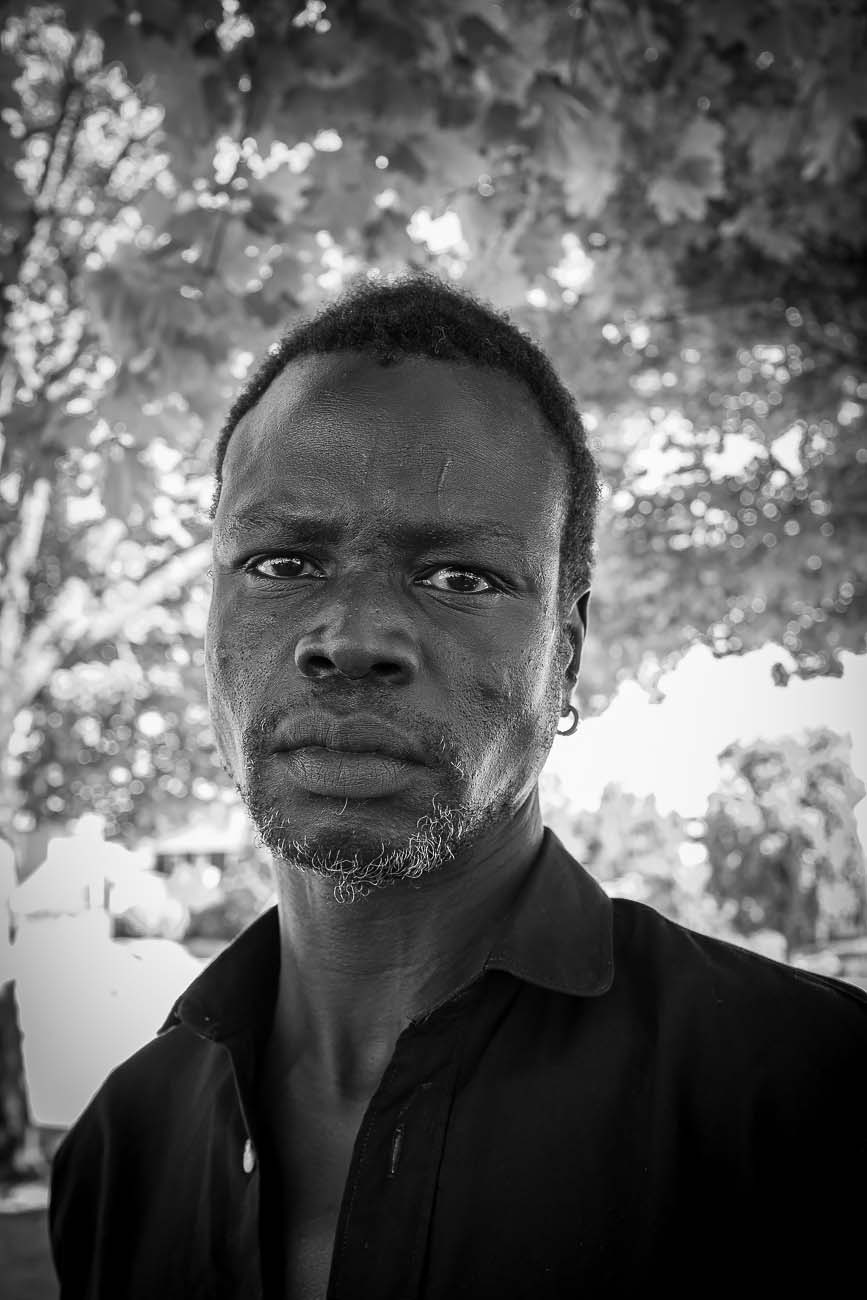 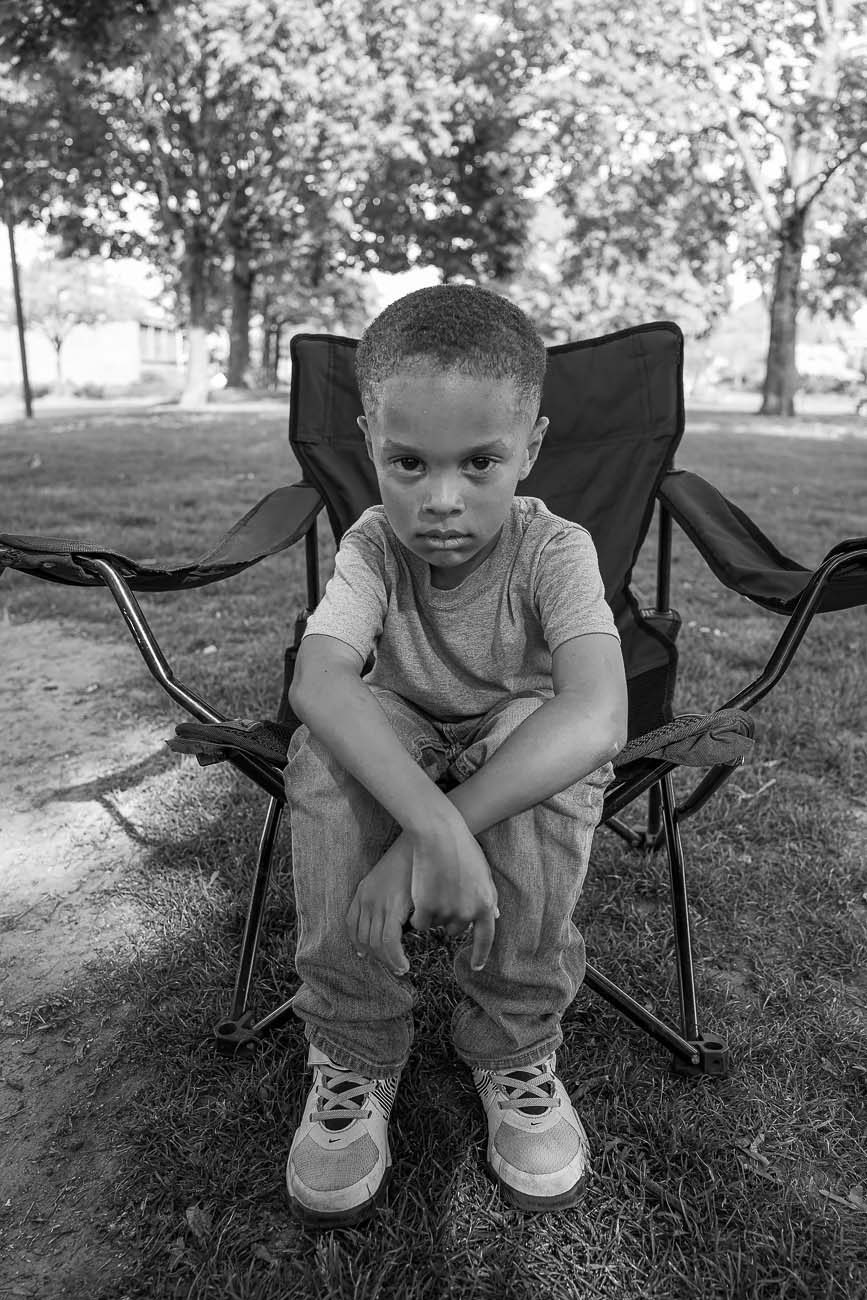 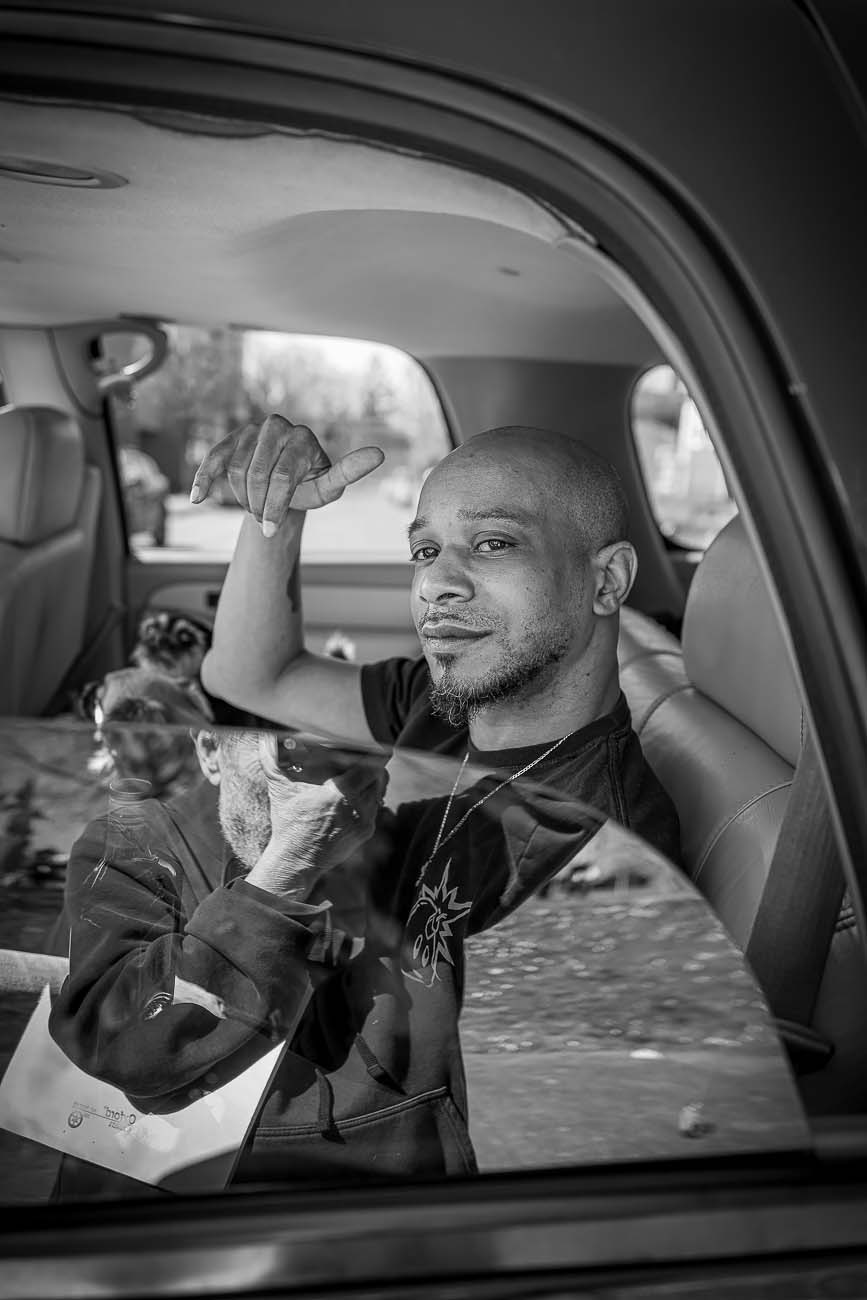