Share:
Country: United States | Born: 1909 - Died: 2011
Milton Rogovin was born in New York City in 1909. He graduated from Columbia University in 1931 with a degree in optometry and a deep concern for the rights of the worker. He moved to Buffalo, New York, in 1938, where he established his own optometric practice in 1939. In 1942, he married Anne Snetsky. That same year, he purchased his first camera, and was inducted into the U.S. Army, where he served in England as an optometrist until 1945. Upon his discharge, he returned to his optometric practice and his growing family. By 1947, the Rogovin's had two daughters, Ellen and Paula, and a son, Mark.

Milton Rogovin was born December 30, 1909 in Brooklyn, New York City of ethnic Jewish parents who emigrated to America from Lithuania, then part of the Russian empire. He attended Stuyvesant High School in New York City and enrolled in Columbia University, from which he graduated in 1931 with a degree in optometry. Following graduation Rogovin worked as an optometrist in New York City. Distressed by the rampant and worsening poverty resulting from the Great Depression, Rogovin began attending night classes at the New York Workers School, a radical educational institution sponsored by the Communist Party USA. In 1938 Rogovin moved to Buffalo and established an optometry practice there. In 1942, he married Anne Snetsky (later changed to Setters). In the same year, he was inducted into the U.S.Army, where he worked as an optometrist. After his discharge from the Army, Milton and Anne had three children: two daughters (Ellen and Paula) and a son (Mark). Rogovin was called before the House Un-American Activities Committee in 1957. Like many other Americans who embraced Communism as a model for improving the quality of life for the working class, he became a subject of the Committee's attentions in the postwar period: He was discredited — without having been convicted of any offense — as someone whose views henceforth had to be discounted as dangerous and irresponsible.

The incident inspired Rogovin to turn to photography as a means of expression; it was a way to continue to speak to the worth and dignity of people who make their livings under modest or difficult circumstances, often in physically taxing occupations that usually receive little attention. In 1958, a collaboration with William Tallmadge, a professor of music, to document music at storefront churches set Rogovin on his photographic path. Some of the photographs that Rogovin made in the churches were published in 1962 in Aperture magazine, edited by Minor White, with an introduction by W.E.B. Du Bois, a founder of the National Association for the Advancement of Colored People (NAACP). That same year Rogovin began to photograph coal miners, a project that took him to France, Scotland, Spain, China, and Mexico. Many of these images were published in his first book, The Forgotten Ones. Rogovin traveled throughout the world, taking numerous portraits of workers and their families in many countries. His most acclaimed project, though, has been The Forgotten Ones, sequential portraits taken over three decades of over a hundred families who resided on Buffalo’s impoverished Lower West Side. The project was begun in 1972 and completed in 2002. In 1999, the Library of Congress collected more than a thousand of Rogovin’s prints. 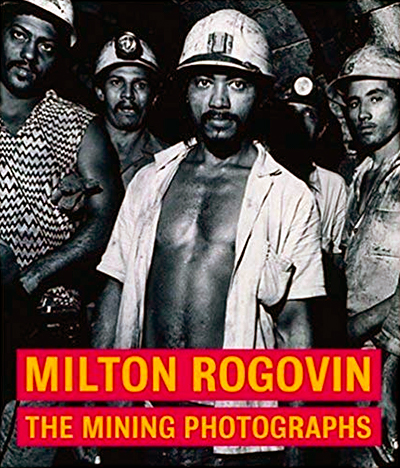 Milton Rogovin: The Mining Photographs
Author: Judith Keller
Publisher: J. Paul Getty Museum
Year: 2005 - Pages: 144
The Mining Photographs presents more than one hundred of these direct and powerful images, usually in pairings that reveal Rogovin's unsentimental regard for men and women whose dangerous work is shown to be only one part of their complex lives. With an introductory essay by Judith Keller, associate curator of photographs at the Getty Museum; a chronology of Rogovin's life and career and a selected bibliography are provided by Melanie Herzog. 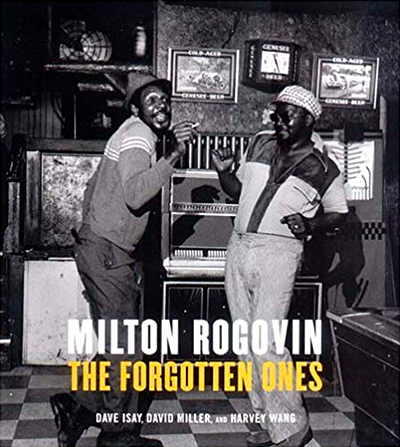 Milton Rogovin: The Forgotten Ones
Author: Dave Isay, David Miller, Harvey Wang, Milton Rogovin
Publisher: Quantuck Lane Press
Year: 2003 - Pages: 128
A celebration of the career of Milton Rogovin, the photographer whose sensitive portraits of working people have inspired generations. After his refusal to answer absurd questions before the House UnAmerican Activities Committee ruined his optometry business, Rogovin began a new life with a camera. In the early 1970s, documenting lives on the Lower West Side of Buffalo, New York, he gave dignity to resident African Americans, Puerto Ricans, Native Americans, and poor whites. He has returned to photograph many of the same people in each of the following three decades. 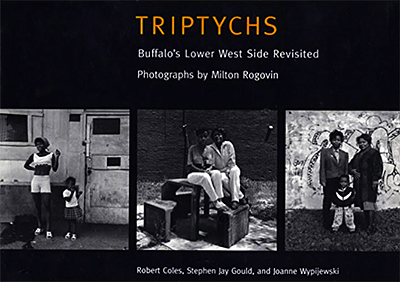 Triptychs: Buffalo's Lower West Side Revisited
Author: JoAnn Wypijewski, Milton Rogovin
Publisher: W W Norton & Co Inc
Year: 1994 - Pages: 141
In the early 1970s, Milton Rogovin set out to document the neighborhood near his house. He made a series of portraits of working-class people in Buffalo's Lower West Side. Then he returned to photograph the same people in the early 1980s and again in the 1990s. The result is this remarkable and moving portrait of time and place in America. Here are fifty of an acclaimed photographer's engaging Triptychs - a visual chronicle of change, aging, endurance, and finally survival. As Robert Coles writes in his foreword, "These photographs constitute a major contribution to the American documentary tradition. They represent the insistence of one careful, gifted, attentive photographer upon seeing through, as it were, his self-assigned job of seeing." Here we see working people who, like most Americans, find partners, have children and grandchildren, sometimes separate, and sometimes die early. Some age considerably in the ten years between photographs, others almost not at all. Some lose children, change partners and houses, and some visibly change lifestyles. What remains constant is the passing of time and its effects upon his subjects, so evident in Rogovin's work. These are among the themes observed and discussed in Stephen Jay Gould's illuminating introduction.

Debbie Fleming Caffery
Nationality: United States
Born: 1948
Debbie Fleming Caffery's photographs capture moments of rich beauty in the people and places of Mexico and the American South. A native of Louisiana, Caffery is most comfortable in the shadows, drawn to movement, pattern and deep tonality. Caffery's photography has garnered praise for nearly twenty years, and has been included in exhibitions from the Smithsonian Institute in Washington D.C. to the Photo Gallery International, Tokyo.

Her work is in the (…)
All About Debbie Fleming Caffery

Tariq Zaidi
Nationality: United Kingdom
In Jan 2014, Tariq Zaidi gave up a senior corporate position, to pursue his passion of capturing the dignity, purity and soul of people, within their environment. His work focuses on documenting social issues, inequality, endangered communities and traditions from around the world.

In Feb 2018, Tariq was awarded one of the top Premier Awards in POY75 (Pictures of the Year International Competition) - "(…)
All About Tariq Zaidi

Wang Wusheng
Nationality: China
Born: 1945 - Died: 2018
Wang Wusheng was born in the city of Wuhu in China's Anhui Province and graduated from Anhui University's School of Physics. Beginning in 1973, Wusheng worked as a photographer for a news magazine in Anhui Province. He studied at the Art Institute of Nihon University in Japan beginning in 1983 and studied for three years at the Tokyo Arts University. Wusheng currently works as a fine art photographer in Tokyo.

(Arthur Fellig) Weegee
Nationality: Austria/United States
Born: 1899 - Died: 1968
Weegee was the pseudonym of Arthur Fellig (June 12, 1899 – December 26, 1968), a photographer and photojournalist, known for his stark black and white street photography. Weegee worked in the Lower East Side of New York City as a press photographer during the 1930s and '40s, and he developed his signature style by following the city's emergency services and documenting their activity. Much of his work depicted unflinchingly realistic scenes of urban life, crime, injury and (…)
All About (Arthur Fellig) Weegee

Robert Doisneau
Nationality: France
Born: 1912 - Died: 1994
Born in April 1912 in an upper middle class family, in the Parisian suburbs (Gentilly), Robert Doisneau started showing an immoderate interest in the arts at a very early age. Robert Doisneau lost his parents at an early age and was raised by an unloving aunt. Aged 14, he enroled at the Ecole Estienne a craft school where he graduated in 1929 with diplomas in engraving and lithography. A year later, he started working for « Atelier Ullmann » as a publicity photographer. (…)
All About Robert Doisneau

In 2016, she is also responsible for the creation of the art book fair FILAF ARTBOOK FAIR within the FILAF festival as (…)
All About Elisa Migda

Alicia Moneva
Nationality: Spain
The common thread in all my work is the footprint of the human, with humanized objects and spaces made by man, architectural painting and photography, trying to explain social and psychological concepts through the figure.

Coming from the world of painting my type of photography is built. Based on a generic idea, will be taking individual photos that will form part of the final work. Each shot in digital format, will later join with the help of photoshop. This tool (…)
All About Alicia Moneva