Share:
Country: United Kingdom | Born: 1971
Ian Teh has published three monographs, Undercurrents (2008), Traces (2011) and Confluence (2014). His work is part of the permanent collection at the Los Angeles County Museum of Art (LACMA), The Museum of Fine Arts, Houston (MFAH) and the Hood Museum in the USA. Selected solo shows include the Jack Shainman Gallery in New York in 2004, Flowers in London in 2011 and the Kunsthal Museum in Rotterdam in 2012.

Teh has received several honours, in 2018 he was awarded a travel grant from the Pulitzer Centre for Crisis Reporting and presented his work on climate change at the prestigious 2018 National Geographic Photography Seminar. He is also the recipient of the International Photoreporter Grant 2016 the Abigail Cohen Fellowship in Documentary Photography 2014 and the Emergency Fund 2011 from the Magnum Foundation. In 2013, he was elected by the Open Society Foundations to exhibit in New York at the Moving Walls Exhibition. In 2015, during the COP21 Paris climate talks, large poster images of his work were displayed on the streets of Paris as a collaborative initiative by #Dysturb and Magnum Foundation. He is a co-exhibitor in Coal + Ice, an environmental group show of acclaimed photographers and curated by Susan Meiselas. It was exhibited at the Official Residence of the US Ambassador to France during COP21.

Teh’s work has been published internationally in magazines such as National Geographic, The New Yorker, Bloomberg Businessweek and Granta. Since 2013, he has exhibited as well as conducted masterclasses at Obscura Festival of Photography, Malaysia’s foremost photo festival. He is a tutor at Cambodia's Angkor Photo Festival since 2014. Teh is a member of the British agency, Panos Pictures.

"Much of my artistic creativity stems from my interests in social, environmental and political issues. I imagine my work as a series of short films made out of stills. They are narratives that are built on moments of time collected over extended periods. Each story is a woven fabric of compositional and colour threads that come together to create a particular ambience intended to both emphasize my perspective on the subject matter and to, hopefully, encourage the viewer to take the narrative beyond the limits of my frame, into a direction that makes the experience of those images more vivid.

My photographs have been widely exhibited and featured in several international publications such as, Time, Newsweek, The New Yorker and The Independent Magazine. I was recently awarded the 2011 EF grant from the Magnum Foundation and also received a high commendation for the 2009 Prix Pictet award. In 2001 I was part of the Joop Swart Masterclass. With some friends I founded Deep Sleep Magazine an online publication and recently we founded our own imprint Deep Sleep Editions to have more control of the publishing process. I have published two monographs, Undercurrents (2008) and Traces (2011)."
Agency:
Agence VU
Gallery:
Jack Shainman Gallery
Website:
www.ianteh.com
Share:
Selected Book: 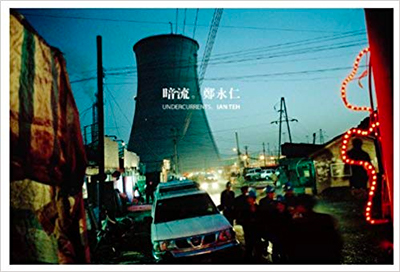 Ian Teh: Undercurrents
Author: Christian Caujolle, Ian Teh
Publisher: Timezone 8/Paris-Beijing Photo Gallery
Year: 2009 - Pages: 196
Malaysian-born, Chinese-British photographer Ian Teh practices photography as an elegant but adaptable explorer, a curious flaneur who searches China for elements of his identity and roots. His lens seeks out situations of unrest, industry, change, pollution, cynicism, power. Most of all, though, his photography is about color.

Imogen Cunningham
Nationality: United States
Born: 1883 - Died: 1976
Imogen Cunningham is renowned as one of the greatest American women photographers. In 1901, having sent away $15 for her first camera, she commenced what would become the longest photographic career in the history of the medium.. Cunningham soon turned her attention to both the nude as well as native plant forms in her back garden. The results were staggering; an amazing body of work comprised of bold, contemporary forms. These works are characterized by a visual (…)
All About Imogen Cunningham

Carlos Javier Ortiz
Nationality: United States
Carlos Javier is a director, cinematographer and documentary photographer who focuses on urban life, gun violence, racism, poverty and marginalized communities. In 2016, Carlos received a Guggenheim Fellowship for film/video. His work has been exhibited nationally and internationally in a variety of venues including the Schomburg Center for Research in Black Culture; the Worcester Art Museum in Massachusetts; the International Museum of Photography and Film in Rochester, NY; (…)
All About Carlos Javier Ortiz

Denis Dailleux
Nationality: France
Born: 1958
Denis Dailleux, (b. 1958, Angers) lives in Paris when he is not in India, Egypt or Ghana. Reprensed by Agency Vu', Camera Obscura Gallery (Paris), Galerie 127 (Marrakech) and Galerie Peter Sellem (Francfort), his work has been exhibited and distinguished worldwide.

Angela Bacon-Kidwell
Nationality: United States
Angela Bacon-Kidwell is an award winning photographer and visual artist that lives and works in Texas. Angela has a BFA from Midwestern State University, Wichita Falls, Texas, with specialization in painting and photography. Her work emerges from her journey of recovering a sense of self, strength and spirituality through an examination of her identities as daughter, granddaughter, wife, mother and artist. Her photographic work has received numerous awards and honors and (…)
All About Angela Bacon-Kidwell

Joël Tettamanti
Nationality: Switzerland
Born: 1977
Joël Tettamanti was born in 1977 in Efok, Cameroon, and grew up in Lesotho and Switzerland. He studied photography at ECAL, Lausanne, where his teachers were Pierre Fantys and Nicolas Faure. Following his studies, he worked as an assistant to the photographer Guido Mocafico in Paris. Tettamanti is established as a commercial and media photographer for clients such as Wallpaper*, Kvadrat, and international architects. His work has been featured in solo and group (…)
All About Joël Tettamanti

Mariko Evans
Nationality: Japan
A self taught photographic artist, based in Vancouver, Canada, born and raised in Japan. Photography has always been her serious hobby since she obtained her first film SLR in 1990. After living/traveling to many places (including her inner world), she strongly reconnected with photography and started photographic services in 2008 in Sydney, Australia, where half her soul still resides. In 2011, she moved to Vancouver and continued to create her artworks.

Her (…)
All About Mariko Evans

Robert Hecht
Nationality: United States
Born: 1941
For over fifty years, Robert Hecht has been a dedicated fine art photographer. He is largely self-taught, having learned his craft primarily by studying the prints and books of many of the medium's greats, and then by attempting to apply what he absorbed from them in the darkroom (and later in the digital darkroom). In addition, he studied briefly with photographer and teacher Ruth Bernhard in the 1970's, and considers that experience meaningful for giving him direct contact (…)
All About Robert Hecht

Cindy Sherman
Nationality: United States
Born: 1954
Cindy Sherman was born in 1954 in Glen Ridge, New Jersey. Sherman earned a BA from Buffalo State College, State University of New York (1976). In self-reflexive photographs and films, Cindy Sherman invents myriad guises, metamorphosing from Hollywood starlet to clown to society matron. Often with the simplest of means—a camera, a wig, makeup, an outfit—Sherman fashions ambiguous but memorable characters that suggest complex lives that exist outside of the frame. Leaving her (…)
All About Cindy Sherman