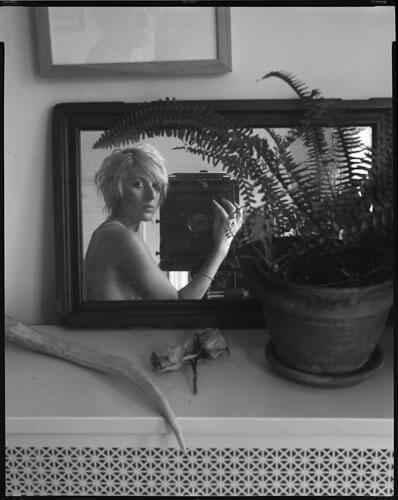 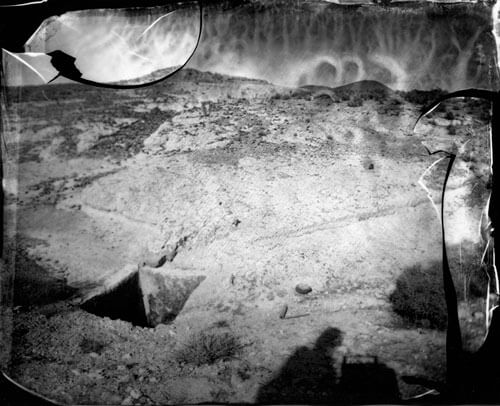 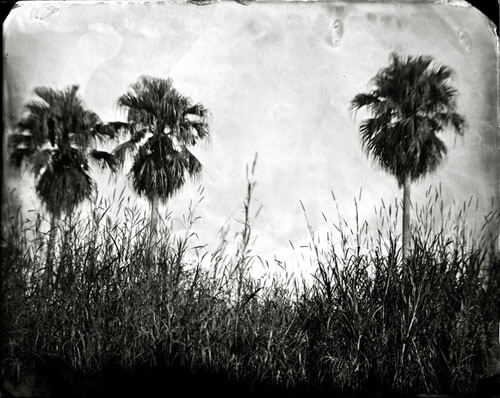 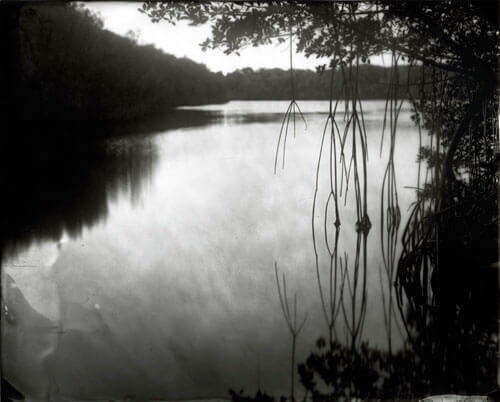 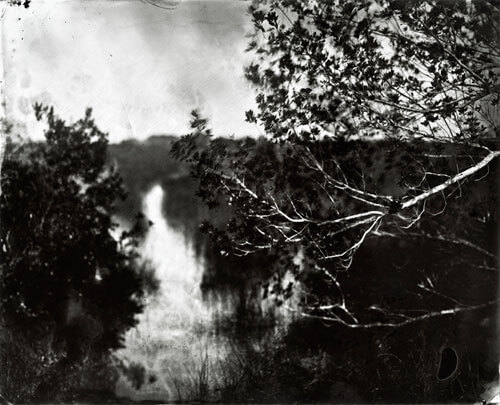 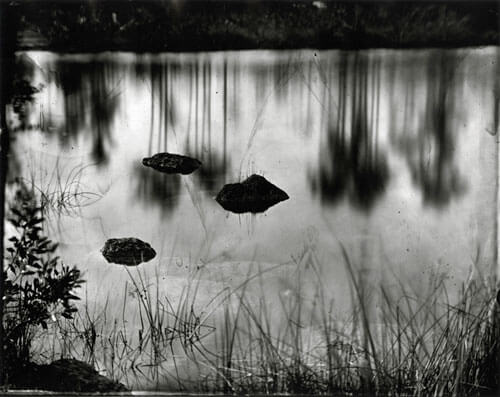 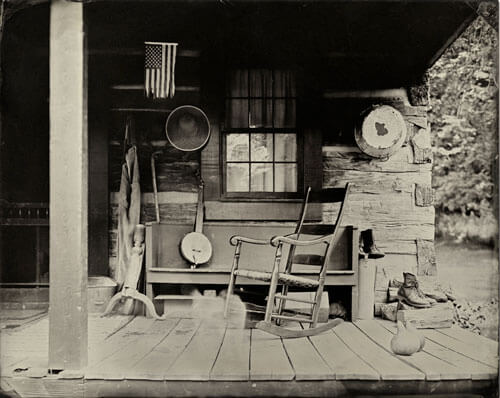 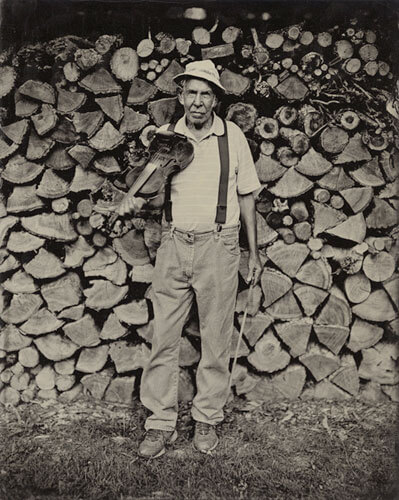 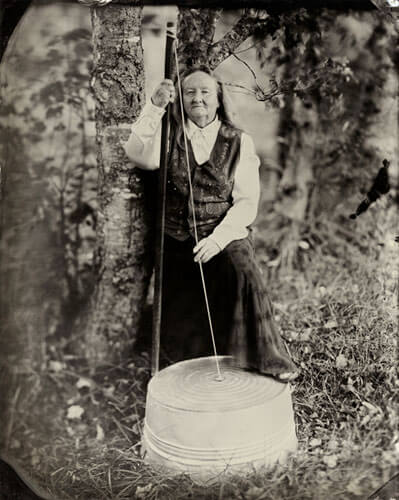 PreviousNext
© Lisa Elmaleh
Country: United States | Born: 1984
Lisa Elmaleh is a landscape photographer who uses an 8 x 10" camera and the collodion on glass process. This process from the mid 1800's requires an on-site darkroom, which is built into the back of her truck. She attended the School of Visual Arts in New York, and became inspired by the historical landscape photographers of the American West such as Carleton Watkins and William Henry Jackson. By documenting the Everglades in Florida, an ecosystem that has lost most of the land to urban and agricultural use, Elmaleh hopes to preserve an essence of the Everglades. The freshwater flowing into the national park is engineered, making it an ecosystem on life support, "alive but diminished". The following images come from the series Everglades, Lonesome Valley, and American Folk.
Website:
lisaelmaleh.com
Share:
Selected Work:
Lisa Elmaleh 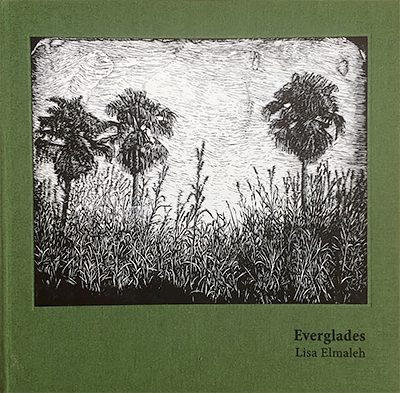 Wiktor Franko
Nationality: Poland
Born: 1983
Wiktor Franko, born in Kielce in 1983. He completed Polish Language Studies at the Swietokrzyska Academy, then got involved in photography and he has ever since been preoccupied with it. He deals with both fine art and commercial photography. His photographs have been published in a number of professional magazines, such as Prism Magazine, Camerapixo, Pokochaj Fotografie, Fabrikon Magazine, Musli Magazine, Confashion and a Chinese Prime Magazine. He exhibited his works (…)
All About Wiktor Franko

Thomas Dodd
Nationality: United States
Thomas Dodd is a visual artist and photographer based out of Atlanta, Georgia who has developed a style that he calls "painterly photo montage" - a method he employs during principal photography and in editing software with which he crafts elaborately textured pieces that have a very organic and decidedly non-digital look to them.

William Eugene Smith
Nationality: United States
Born: 1918 - Died: 1978
William Eugene Smith was an American photojournalist known for his refusal to compromise professional standards and his brutally vivid World War II photographs. Smith graduated from Wichita North High School in 1936. He began his career by taking pictures for two local newspapers, The Wichita Eagle (morning circulation) and the Beacon (evening circulation). He moved to New York City and began work for Newsweek and became known for his incessant perfectionism and thorny (…)
All About William Eugene Smith

Maria Kanevskaya
Nationality: Russia
Born: 1987
Maria Kanevskaya was born in March of 1987 in St. Petersburg, Russia. She has a bachelor degree in Hospitality Management from St. Petersburg State University of Economics and Finance. She picked up a camera just a few years ago and never thought she would end up feeling so passionate about photography at the time but a little flame was lit rather quickly, and she all of a sudden was able to materialize instances from daydreams. She moved to San Francisco to follow her (…)
All About Maria Kanevskaya

Giuseppe Cardoni
Nationality: Italy
Born: 1957
He lives in Umbria, is an engineer, he prefers B/W reportage. He has been part of the Leica Photographic Group where he had the opportunity to attend Masters of Italian photography such as with Gianni Berengo Gardin, Piergiorgio Branzi, Mario Lasalandra. He is co-author, with the RAI journalist Luca Cardinalini, of the photographic book STTL La terra di sia lieve. (Ed. DeriveApprodi, Rome, 2006); with Luigi Loretoni he published in 2008 the photo book Miserere (Ed. L'Arte (…)
All About Giuseppe Cardoni

John Armstrong
Nationality: United States
John Armstrong is a Seattle-based photographer who shoots a broad range of subjects with both "normal" and toy cameras. While he photographs just about anything, a sense of irony, mystery and the bizarre are common in much of his work. He has won numerous photographic awards and his work is held in many public and private collections. John has been an active member of the Photographic Center Northwest in Seattle for many years, as both a student and as a volunteer. His (…)
All About John Armstrong

Edward Steichen
Nationality: United States
Born: 1879 - Died: 1973
Edward Steichen (1879 - 1973) was born in Luxembourg, but immigrated to the United States, to Milwaukee, in 1880. In 1894, Steichen began a four-year lithography apprenticeship with the American Fine Art Company of Milwaukee. After hours, he would sketch and draw, and began to teach himself to paint. Having come across a camera shop near to his work, he bought his first camera, a secondhand Kodak box "detective" camera, in 1895.

In 1900, as Steichen headed (…)
All About Edward Steichen

Richard Misrach
Nationality: United States
Born: 1949
Richard Misrach (born 1949) is an American photographer "firmly identified with the introduction of color to 'fine' [art] photography in the 1970s, and with the use of large-format traditional cameras" (Nancy Princenthal, Art in America).

David Littlejohn of the Wall Street Journal calls Misrach "the most interesting and original American photographer of his generation," describing his work as running "parallel to that of Thomas Struth and Andreas Gursky, (…)
All About Richard Misrach

Benjamin was born and raised on the Gulf Coast of Florida. He graduated from Eckerd College in St. Petersburg, FL and also studied at the International Center of Photography in NYC, NY, Santa Fe Photographic Workshop in Santa Fe, NM, Santa Reparata Graphic Arts Centre (…)
All About Benjamin Dimmitt