The Levee: A Photographer in the American South 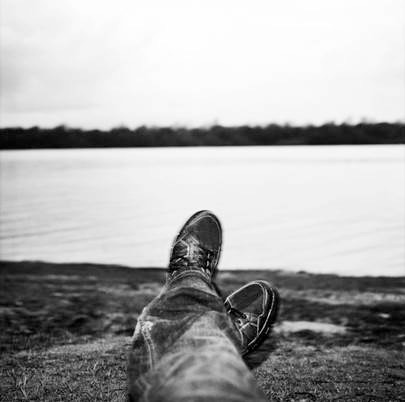 Contemporary Indian photographer Sohrab Hura receives his first solo museum exhibition, organized by the Cincinnati Art Museum, from October 5, 2019–February 2, 2020. The Levee: A Photographer in the American South presents an 83-picture suite titled The Levee, in which Hura explores themes of connection, perspective and place.

Exhibited in its entirety for the first time outside India, the suite has been acquired by the Cincinnati Art Museum through the generosity of the artist and Experimenter Gallery, Kolkata. The Cincinnati Art Museum is the first American museum to exhibit Hura's work and the first public institution to collect his photographs. The exhibition is accompanied by an exhibition catalogue—the first substantial book publication about the artist.

While The Levee consists primarily of black and white photographs, the exhibition also includes hand-drawn maps and ambient sound. Unexpected color and evocative natural materials support the artist's perception of tenderness in his American experience. Communal seating and browsable photobooks in the gallery will invite reflection and consideration of The Levee in larger context.

The landscapes and portraits of The Levee trace the artist's 2016 travels along the lower Mississippi River. Hura made the pictures as a participant in Postcards from America, a loose, serial collaboration in the form of a photographic road trip, first conceived by American photographer Alec Soth in 2011. Over the course of six years, Postcards fostered a reexamination of photographic perspective, as well as producing rich documentary reflections on contemporary American life.

Hura's spring 2016 trip with the Postcards group was a timely examination of the South, a region that has often been represented in photography, yet remains the object of romanticization and stereotype. However, Hura also had a personal connection to place: just before the artist's trip along the levees of the Mississippi, his father had traveled the river while at work on a container ship, unable to step onto land. The photographer's journey became a metaphor for a difficult, often distant relationship with a father who was physically and emotionally out of reach.

Nathaniel M. Stein, Cincinnati Art Museum's Associate Curator of Photography, has long observed Hura's career. “The clarity and urgency of his work often stopped me in my tracks,” Stein says. “Sohrab is knowledgeable about the history of photography, but always shedding it in an effort to touch the quick. He has a way of making experience present—not by picturing its outward appearance so much as plunging into its pulse and flow. For some of his work this means pictures that embrace so-called mistake: grain, wild exposure, blur…For The Levee it means something quite different—a steady forthrightness that seems to measure both pain and gentleness. Alec Soth recently said to me he feels he can smell these photographs. Artists like Sohrab show us the edges of what we believe photography can be and do.”

Hura's experience speaks to Cincinnati's meaningful history as a river city and a gateway to the American South. Public programming at the museum will use The Levee as a springboard for the community to examine issues ranging from regional and national perceptions of the South, to race and identity, to social implications of mental health disorders.

He has published several award-winning photobooks under the imprint Ugly Dog, including Life is Elsewhere (2015), A Proposition for Departure (2017) and Look It's Getting Sunny Outside!!! (2018), which deal with his relationship with his mother through her mental illness, and The Coast (2019), which delves into the shifting landscape of fact and fiction in contemporary Indian society. The Levee (an artist's book that complements the catalogue accompanying Cincinnati exhibition) is his next anticipated title.
Share:

Hearts Road by Colin Finlay
Hearts Road was photographed in 95 countries and produced over a period of 30 years. It represents one man's journey of evolution, his deep spiritual...
Learn More

Architecture
The oldest surviving product of a photographic process, the first known photograph, View from the Window at Le Gras, presents a fascinating insight...
Learn More

Where have all the flowers gone
The folk song by Pete Seeger tells the circular story of life, extracted from the novel, 'And Quiet Flows the Don'. The lyrics evolved and the song...
Learn More

Lothar Baumgarten The Early Years
Marian Goodman Gallery is pleased to announce an exhibition by Lothar Baumgarten (1944-2018) which will open on Thursday, 9 January, and be on view...
Learn More