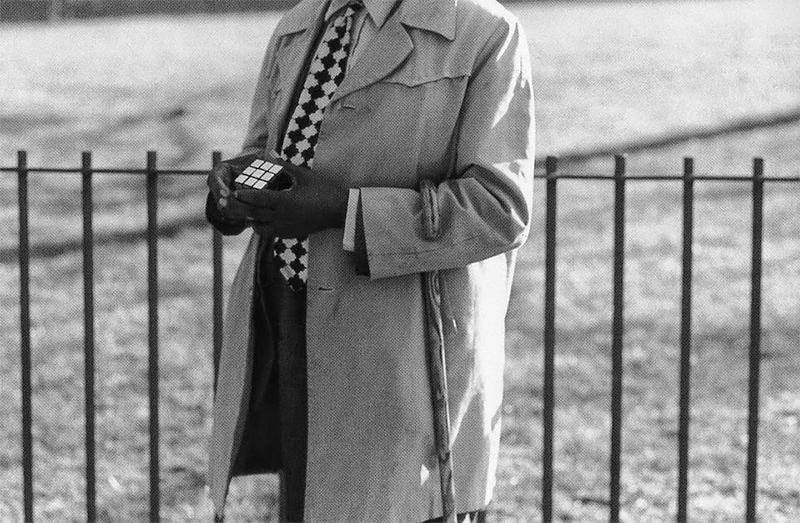 Host: Los Angeles Center of Photography (LACP)
Territory: Worldwide
Theme: Street Shooting Around the World
Eligibility: Open to all
Entry Fees: $50 for 1-5 images ($25.00 for LACP Members)
Prize: Exhibition
We are pleased to announce our Sixth Annual Street Shooting Around the World Exhibition! The exhibition will run from February 7 - March 6, 2020, with opening night reception scheduled for Friday, February 7, 7-10 pm, 2020. The theme is street shooting around the world. The juror, David Gibson, will select photographs based on creativity, originality, and quality. There is no limit to the amount of images which can be submitted.

Series Competition (at least six images from a body of work)
$1,000 cash prize and guest speaker appearance during STREET WEEK in LA (February 3 - 10, 2020)

David is also known as a tutor on his particular subject that is street photography which he views in its broadest terms. He has taught many workshops in London and other cities worldwide such as Beirut and Singapore and more recently in Lisbon and Madrid. These workshops led to his writing the book, The Street Photographer's Manual (2014) with Thames and Hudson. The book has become a best seller around the world. His other books are 100 Great Street Photographs (2017) and Street Photography: A History in 100 Iconic Images (2019), both published by Prestel.
Visit Contest Website
Search
follow us
Facebook
Twitter
Instagram
Pinterest
YouTube
Blogspot 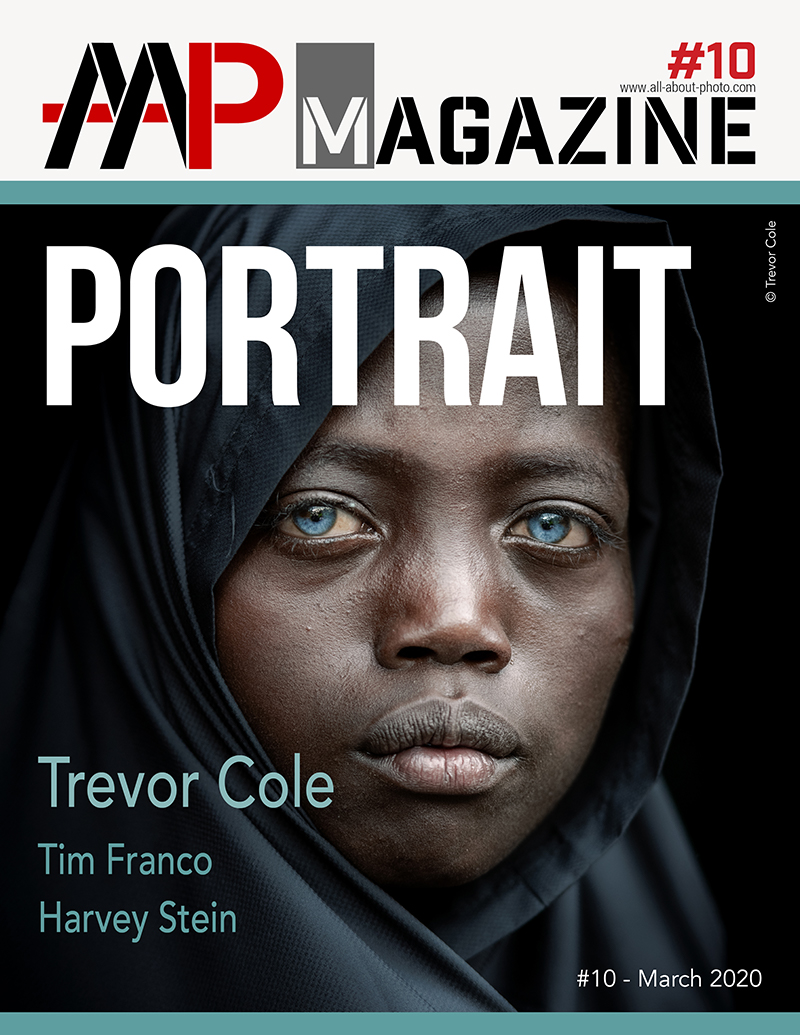 All About Photo Magazine
Issue #10
Stay up-to-date  with call for entries, deadlines and other news about exhibitions, galleries, publications, & special events.
Advertisement 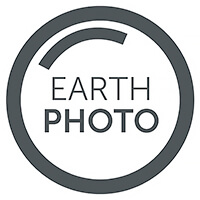 Earth Photo 2020
Earth Photo is an innovative competition and exhibition developed jointly by Forestry England and the Royal Geographical Society (with IBG) which reflects the organisations' common interest in enabling a better understanding of the world around us through our complementary disciplines of the Environment and Geography. Earth Photo will focus on photographs or films which describe one of the following subjects; People, Place, Nature and Changing Forests. We are delighted to announce that for the 2
Read More
Deadline: June 03, 2020 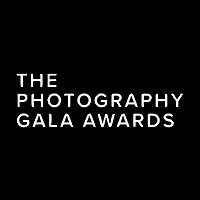 15th Pollux Award
Fully-Paid Exhibition in Barcelona in the 6th Biennial of Fine Art & Documentary Photography Gallery Representation & Featured in Artsy & Artnet Showcased in FotoNostrum Magazine As the world gets accustomed to greetings without handshakes, hugs, or virtual social interaction, we invite you to go on being in touch submitting your work to the 15th edition of the Pollux Awards and showcasing it to the world. Participate in Professional or Non-Professional Photography i
Read More
Deadline: June 04, 2020 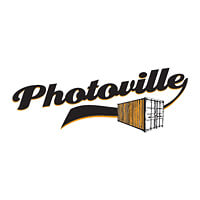 THE FENCE 2020
We're pleased to announce The FENCE will be returning to Atlanta and eight other cities in the fall of 2020, and the call for entries has just opened. The FENCE is an extraordinary opportunity for your visual story to reach into the public realm and surprise, delight, and even transform perspectives of audiences across North America. Early bird deadline is March 6 to submit your work in one of 7 categories: Creatures, Food, Home, Nature, People, Play and Streets. The FENCE is sched
Read More
Deadline: June 07, 2020 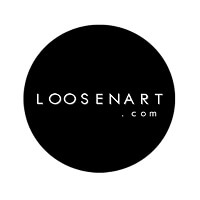 Silent Cities
The spaces that will characterize the next exhibition will be those of urban contexts, where silence will become a reason for an experience, in which the absence of movement and visual effects that refer to acoustic production, recreates a condition of metaphysical standstill, of reflection on the environments of the present in dialogue with the past, on social spaces, on interactions, on man's behavior in relation to the environment in which he lives and on the traces of his existence.
Read More
Deadline: June 07, 2020 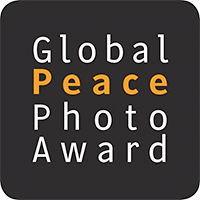 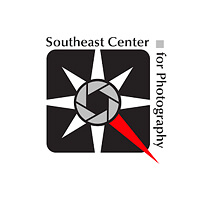 Light
It’s all about the light! Light and shadow have been the foundation of photography since the beginning. While illumination is important, darkness is an equally compelling component and, together, the elements of a successful photograph. Show us your best light! The SE Center is looking for all forms of imagery, black-and-white, color, or toned photography- all subjects, analog, digital or antique processes, photographers of all skill levels and locations are welcome. Juror: Our juror
Read More
Deadline: June 08, 2020 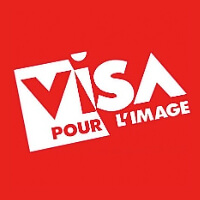 Humanitarian Visa d'Or Award
The winner will be selected for his photo revealing the issue of urban warfare. The jury will pay specific attention to stories highlighting certain topics as for instance the victims of urban warfare and the suffering endured by the civilian population (people trapped in the fighting, shortages, destruction of infrastructure necessary for the survival of civilians (hospitals, water supply, etc. .), displaced people fleeing the fighting, humanitarian acc
Read More
Deadline: June 08, 2020 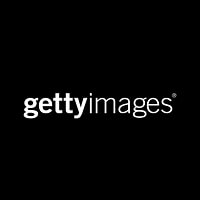 Creatives in Quarantine
At Getty Images, we believe creative people are resilient. During this time of global uncertainty, amidst the COVID-19 pandemic, a creative outlet is more important than ever before. For some, creativity is relied upon as a means of income, for others it may be used to alleviate stress or as a form of self-expression; whatever the reason, Getty Images want to award 10 creatives with $2,000 USD grants, to help lessen financial stress and bring light to a challenging time. Submissions will be judg
Read More
Deadline: June 09, 2020 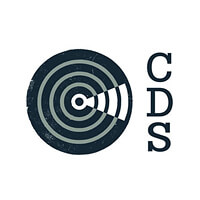 Dorothea Lange-Paul Taylor Prize
First announced in 1990, the Dorothea Lange–Paul Taylor Prize was created by the Center for Documentary Studies at Duke University to encourage collaboration between documentary writers and photographers in the tradition of the acclaimed photographer Dorothea Lange and writer and social scientist Paul Taylor. In 1941 Lange and Taylor published An American Exodus, a book that renders human experience eloquently in text and images and remains a seminal work in documentary studies. Like
Read More
Deadline: June 09, 2020 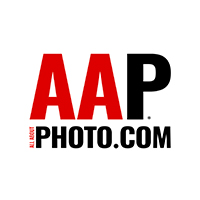 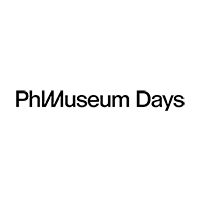 Phmuseum 2020 Mobile Photography Prize
Mobile devices are often the main vehicle through which we document our everyday life. Considering the current crisis, with this open call we are aiming to understand how this unprecedented situation is redefining the relationship with our home, family and community. Which are our own personal and collective feelings and expectations? Which are the defining values of this historical transition and how we can get out of it stronger and wiser? We are looking for images that can tell about these mo
Read More
Deadline: June 11, 2020 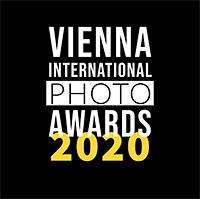 Contest
Event
The Stunning Winning Images of AAP Magazine 11 Travels
Out of thousands of entries, these remarkable photographers come from around the world with 17 different countries being represented.
Read More

Contest
Discover The Amazing Winners of AAP Magazine 10 Portrait
We’re delighted to reveal the names of the 24 talented photographers who won “AAP Magazine #10: Portrait”. These amazing photographers come from 14 different countries, their work reflects their personal aesthetic and unique approach to portrait photography. After spending a lot of time looking at hundreds of submissions, Sandrine Hermand-Grisel, Editor of All About Photo, considered multiple unique and timely work. Many projects were worthy of winning, but in the end she chose to showcase innovative approaches to portraiture alongside striking traditional work. She was amazed by the quality and the wide range of work submitted.
Read More

Contest
Six New Judges Announced for The 35th Annual Kraszna-Krausz Book Awards
The Kraszna-Krausz Book Awards coincide with Photo London, 14 - 17 May 2020, Somerset House, London. Now in its 35th year, The Kraszna-Krausz Book Awards have a long history of profiling talent, celebrating outstanding new publications alongside their authors and creators. At the heart of each edition of awards is a team of judges who select the Best Photography Book and the Best Moving Image Book from the past year. The 2020 judging panel brings together a broad spectrum of expertise and authority on the subjects and is comprised of writers, industry leaders, academics, and creatives.
Read More

Contest
Gomma Grant 2019 Winners
The results of the 2019 Gomma Photography Grant are now live. The Gomma Photography Grant is a grant contest tailored to fund and support photographers, both emerging and established, working among various genre. Started in 2014, Gomma Grant has quickly obtained a reputation of being ethical and quality-focused, with an eye to spot fresh talents and encouraging those already in the spotlight. In addition to receiving cash grants the winning and shortlisted photographers can enjoy a huge amount of international exposure. Photographers that are recognized through the Gomma Grant are known to have evolved their career to a higher level, both professionally and artistically.
Read More

Contest
Gomma Grant 2019 Shortlisted Photographers
The Gomma Photography Grant is a grant contest tailored to fund and support photographers, both emerging and established, working among various genre. Started in 2014, Gomma Grant has quickly obtained a reputation of being ethical and quality-focused, with an eye to spot fresh talents and encouraging those already in the spotlight. In addition to receiving cash grants the winning and shortlisted photographers can enjoy a huge amount of international exposure. Photographers that are recognized through the Gomma Grant are known to have evolved their career to a higher level, both professionally and artistically.
Read More

Contest
The Winners of AAP Magazine 9 Shadows
All About Photo has released the winners of the call for entry AAP Magazine#9 Shadows. The shortlisted include the top 25 photographers that were selected for their outstanding work. 199 photographers submitted more than 1600 images from all over the world.
Read More

Contest
A selection of entries from the 2020 Sony World Photography Awards
The 2020 Sony World Photography Awards are now accepting entries. Check out some of the amazing pictures that have been submitted to this year's competition in the "Open" category. You still have until January 7, 2020 to submit your work in this competition category. Don't miss this opportunity, it is free to enter!
Read More
Do you like cookies? 🍪 We use cookies to ensure you get the best experience on our website, to show you personalized content and to analyze our website traffic. Learn more
Explore All About Photo
All About Photo
About Us
Contact Us
Link Back
Press
Blog
Newsletter
Terms of Use
Privacy Policy
Competitions
All About Photo Competitions
AAP Magazine: B&W
All Photo Contests
Open Photo Contests
Amateur Photo Contests
Professional Photo Contests
Portfolio Reviews
Photo Competition News
Artists
Photographers A-Z
Masters of Photography
Modern Photographers
Rising Photographers
Articles
Interviews
Inspirational
Photography Exhibitions
Photography Festivals
Photo Fairs
Photo Museums
Galleries & Centers
Photographer Monographs
Technique Books
History of Photography
Miscellaneous
Paper Magazines
Online Magazines
Resources
Schools and Classes
Photography Agencies
Equipment Rentals
Studio Rentals
Photo Labs
Camera Repairs
Framing Stores
Photo Tips & Tools
© 2020 © All-About-Photo.com, All Rights Reserved  •  Photographs © the Respective Artists, All Rights Reserved.