Posted on October 31, 2020 - By The National Maritime Museum
Share 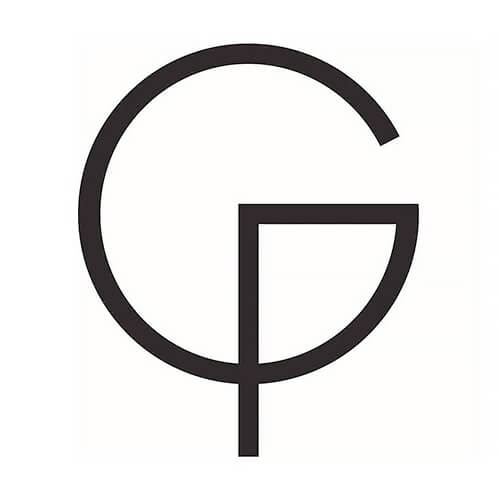 On December 2, 2020, Exposure: Lives at Sea opens at the National Maritime Museum.

We rely on our oceans for food, ecosystem services, energy and transportation, yet it is a world rarely seen. In this socially distanced, visually-led exhibition, the experience of work and play at sea will be displayed through the lens of six seafarers and researchers - from the large-scale panoramic to the intensely intimate - bringing together photography taken around the world, from the reefs of Mexico to the isolation of Antarctica, to document the myriad ways life can be spent at sea.

Perceptions of the sea often recall historical rather than contemporary realities. Through photographs taken by people employed in the maritime world, Exposure: Lives at Sea offers a snapshot into life at sea today, seen through the seafarers' lens. It will cover isolation and camaraderie, science and survival, climate change and conservation - the lived experience of men and women at sea. 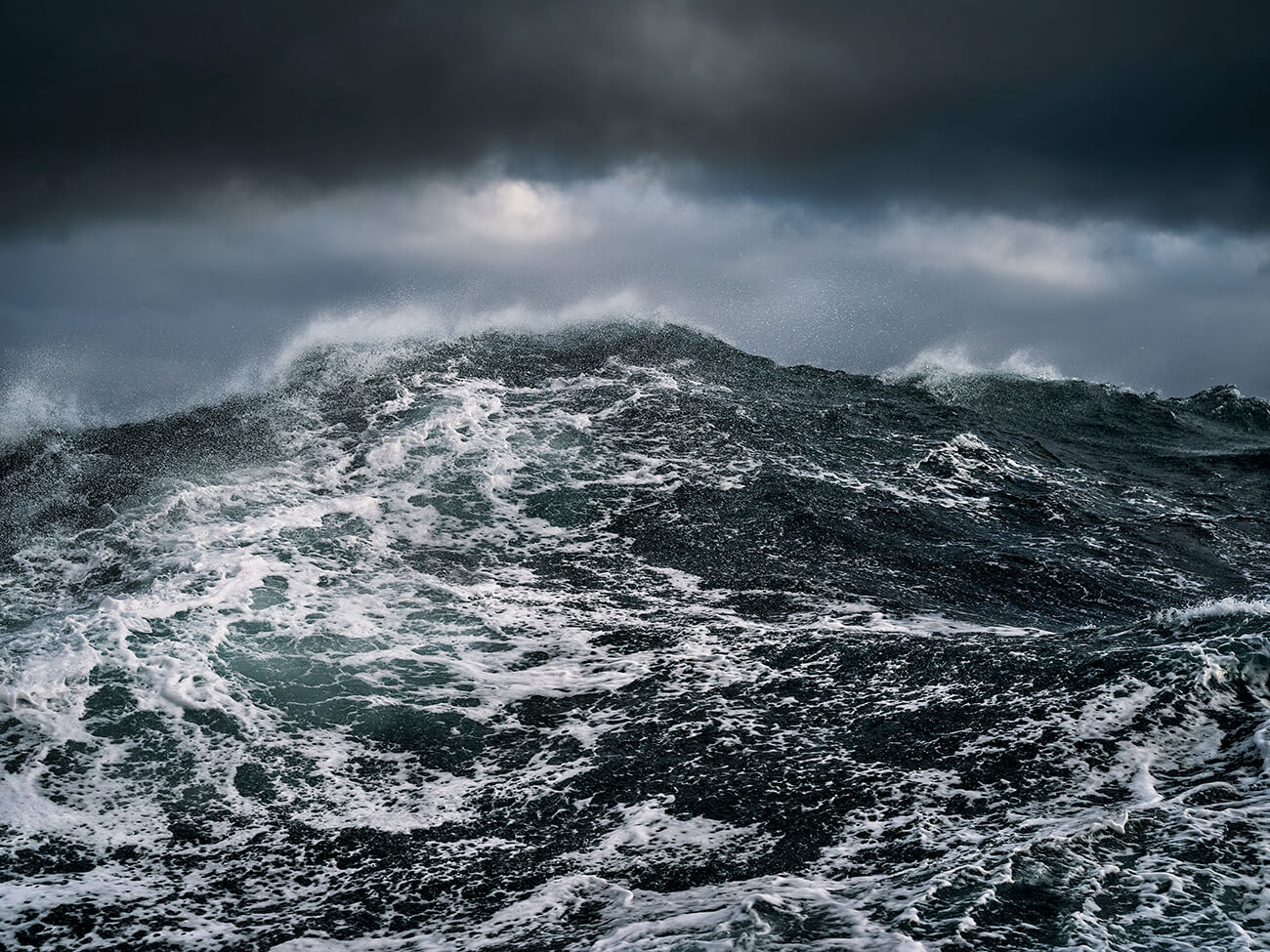 It is a life that often brings seafarers into contact with extreme environments. Bitter Alaskan waves crash into the images captured by commercial fisher, Corey Arnold. These photographs contrast the icy cold of the Alaskan seas with the warmth of camaraderie amongst the seafarers living on board. The crew battle nature to bring in sustainably sourced fish, whilst also highlighting the challenges of a proposed mine upstream which could impact their way of life.

As home and work collide for periods of time spent at sea, friendships are forged. In Scotland, Peter Iain Campbell specifically trained to work on oil rigs in order to capture unique experiences. He reveals the human stories of people working in one of the most challenging environments through evocative portraits and isolated shots of the oil rigs they call home. 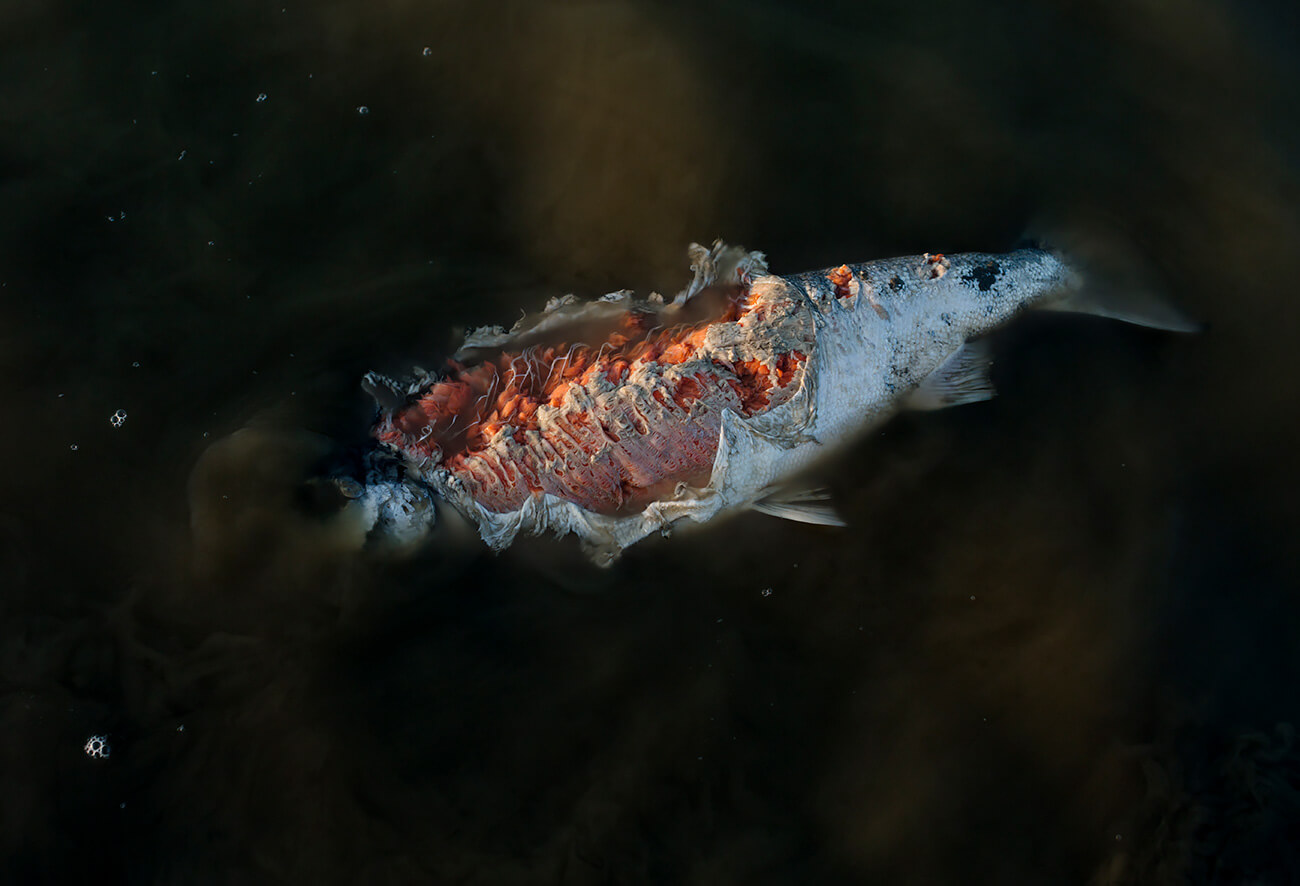 Seafarers and researchers are isolated for long periods, united by separation from their families and friends ashore. Michał Krzysztofowicz's photography captures isolation in one of the most remote workplaces on Earth - the British Antarctic Survey's Halley IV Research Station. Once the supply ships leave in the winter, the thirteen researchers are left alone for eight months.

As well as capturing the joy when this isolation comes to an end, Krzysztofowicz's photography also tells a touching story of how he remained close to his partner during this separation. Asystent is a teddy bear that was given to Krzysztofowicz by his partner before he left and makes a cameo appearance in some images - a code to his partner that he is thinking of and missing her while they are apart. Visitors to this exhibition will have a chance to meet Asystent and see the breathtaking Antarctic world he witnessed. 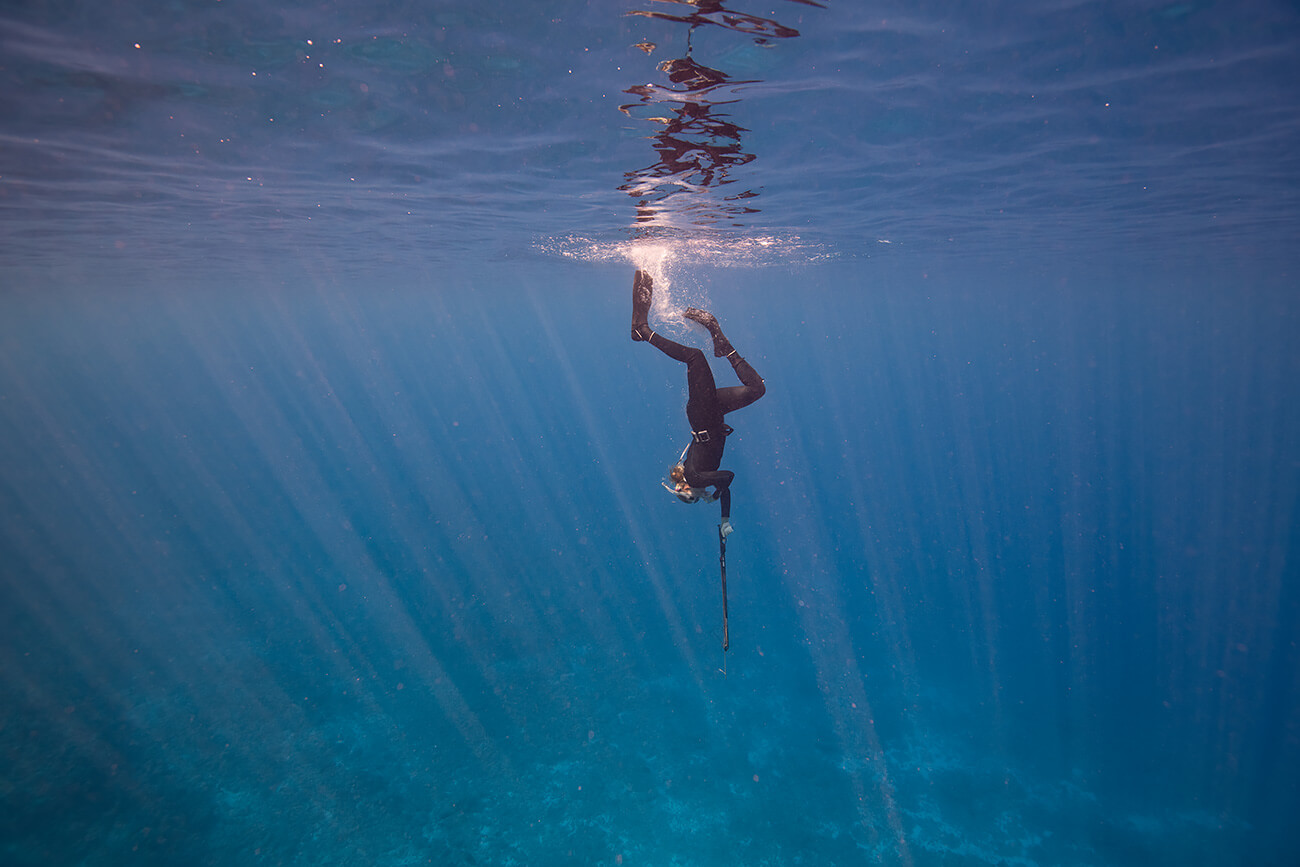 Camaraderie on board helps alleviate the experience of isolation many seafarers share, not least for Popescu Cezar Gabriel, who spent an additional three months at sea in 2020, unable to dock in Brazil due to the coronavirus pandemic - an experience captured in his photograph Cargo Operations During Pandemic. It is this sense of community that prevails in his photography. Seafarers swim together on a flooded deck, and laugh together during 'crossing the line' traditions, as they mark the ship crossing the equator. The joy of lives spent together at sea while undertaking mentally and physically challenging work radiate in his images.

The story of lives at sea today cannot ignore the threat climate change presents. Many of those working at sea are now engaged in climate science and conservation, ensuring the survival of our seas and marine life. Jennifer Adler, a conservation photographer and underwater journalist, delves into an unchartered world beneath the surface. Her images reveal the feats researchers accomplish as they navigate underwater realms, assessing the health of our oceans to establish how best we can protect them. 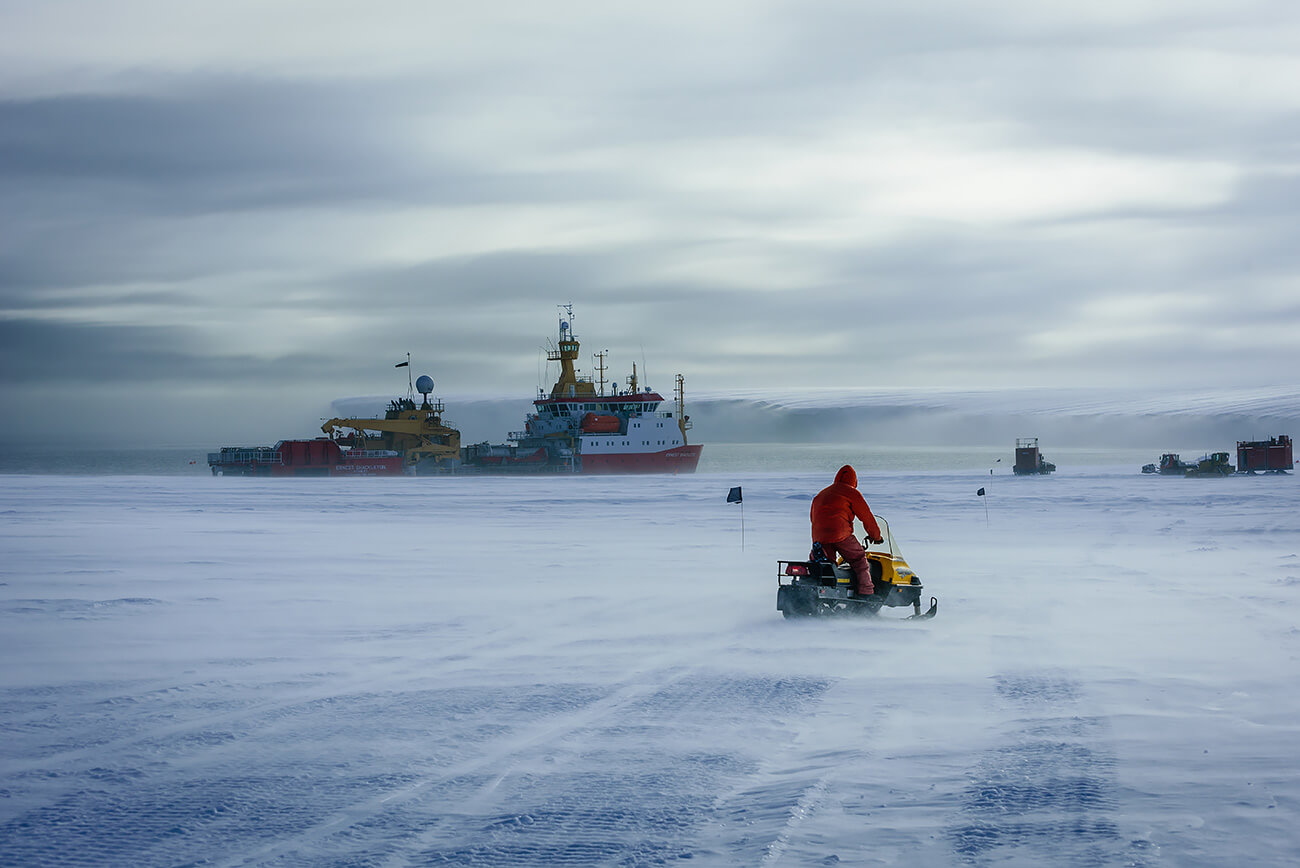 In Mexico, Octavio Aburto uses his photography to question how you can balance ecotourism and development. By charting the health of the reef in Mexico, through photography of healthy, diverse and abundant marine life, he aims to use science to influence conservation in the region.

Together, these six individual experiences offer a snapshot into the varied ways life is spent at sea. Science and survival go hand-in-hand, whether on board a ship or beneath the waves.

Exposure: Lives at Sea is the first exhibition curated by Laura Boon, the Lloyd's Register Foundation Public Curator: Contemporary Maritime at Royal Museums Greenwich, and was brought together during the UK's COVID-19 lockdown. She said 'The importance of seafarers has been brought into sharp focus during the covid pandemic, seafarers are keyworkers and helped keep our supermarkets stocked, and yet hundreds of thousands of them have been stranded at sea. This exhibition will hopefully help bring recognition to the important role seafarer's play.' 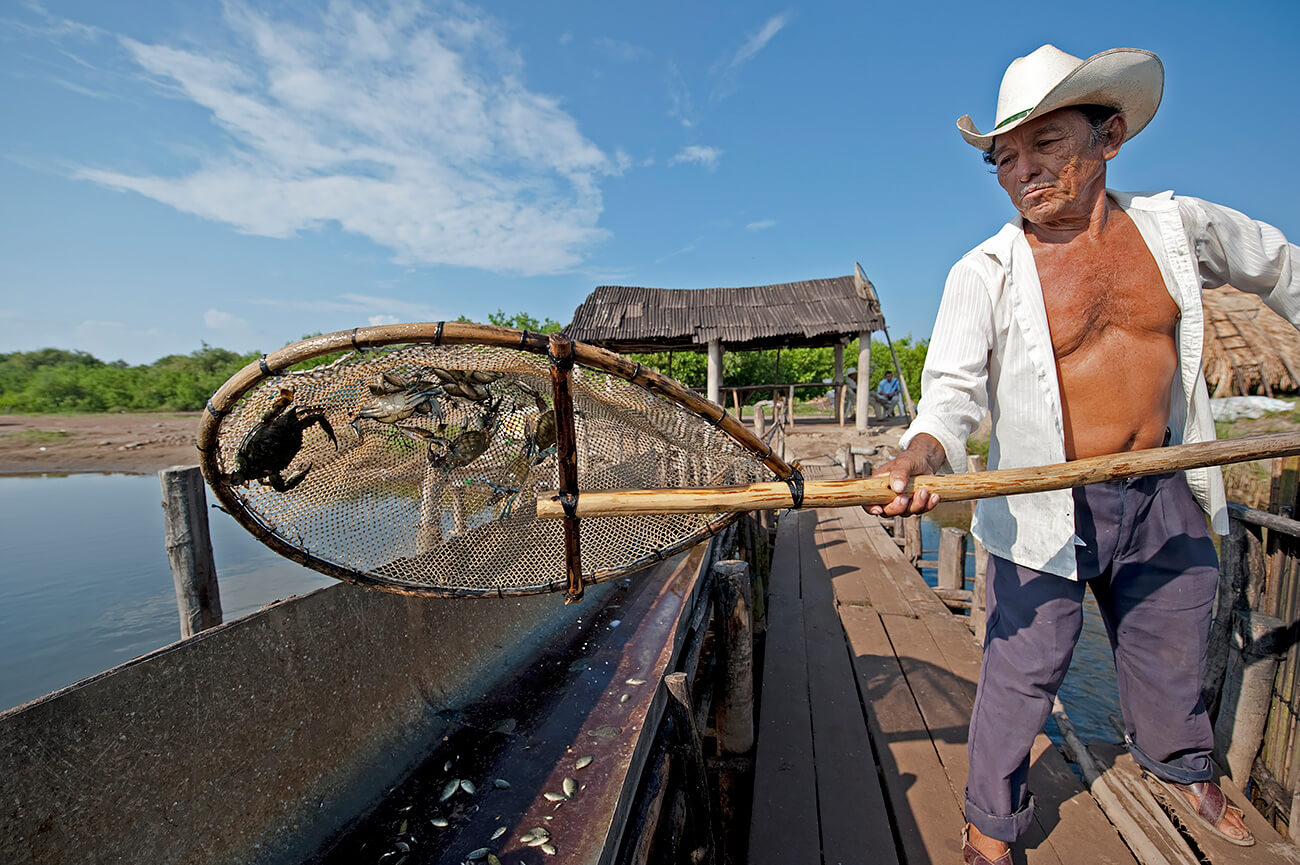 Corey Arnold
A photographer and commercial fisher, Corey documents the ways of the sea and the people who work on its waters. His photographs have been widely exhibited internationally, including at the Portland Art Museum and Annenberg Space for Photography, and published in Harpers, The New York Times, Rolling Stone, Time, Outside, Stern, MARE, GEO and National Geographic among others. Awards include 2018 World Press Nature photo of the year and first prize Picture Story at POYi for his 2016 National Geographic cover story: Unplugging the Selfie Generation. His photographic work explores the relationship between man, nature, and environment.
Corey Arnold

Peter Iain Campbell
Since 2014, commercial photographer Peter Iain Campbell has been working on long-term documentary projects on drilling rigs in the North Sea, including photography projects Starlings on Fire. For the last two years, he has continued to explore the changing nature of the offshore oil and gas industry by documenting the remaining production platforms and drillings rigs throughout the Scottish sector. He sad been a finalist in the Scottish Portrait Awards in 2017, 2019 and 2020.
Peter Iain Campbell 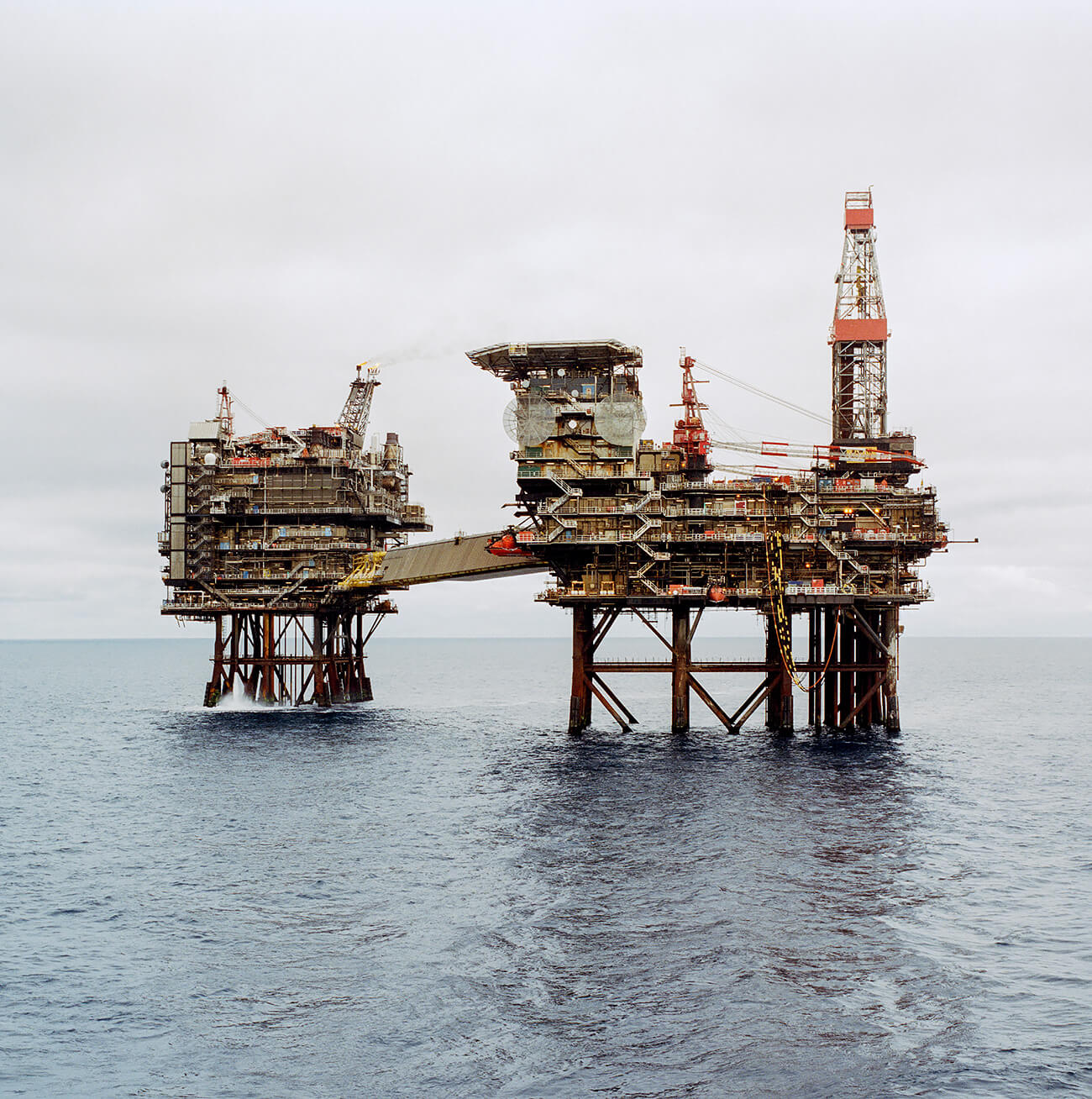 Michał Krzysztofowicz
Between 2013 and 2017, Michał served as a data manager with the British Antarctic Survey, spending two winter seasons at the Halley VI Research Station located on the Brunt Ice Shelf in Antarctica. During the second winter season, in 2016, he embarked on a personal photography project, Antarctica366, producing at least one image a day to document his experiences at the bottom of the world.
Michał Krzysztofowicz

Popescu Cezar Gabriel
Cezar is a chief engineer and a photographer, whose work has won international distinctions including the Excellence from Romanian Association of Photographic Art, Genius from Agile Photographic Society of Bangladesh and Qualified from Photographic Society of America. He said, 'my relationship with the sea started about 21 years ago, and for the first 10 I collected only memories. And then I discovered photography, and my life changed. At home or at sea, the camera became a part of me, my eyes, my voice.'
Popescu Cezar Gabriel 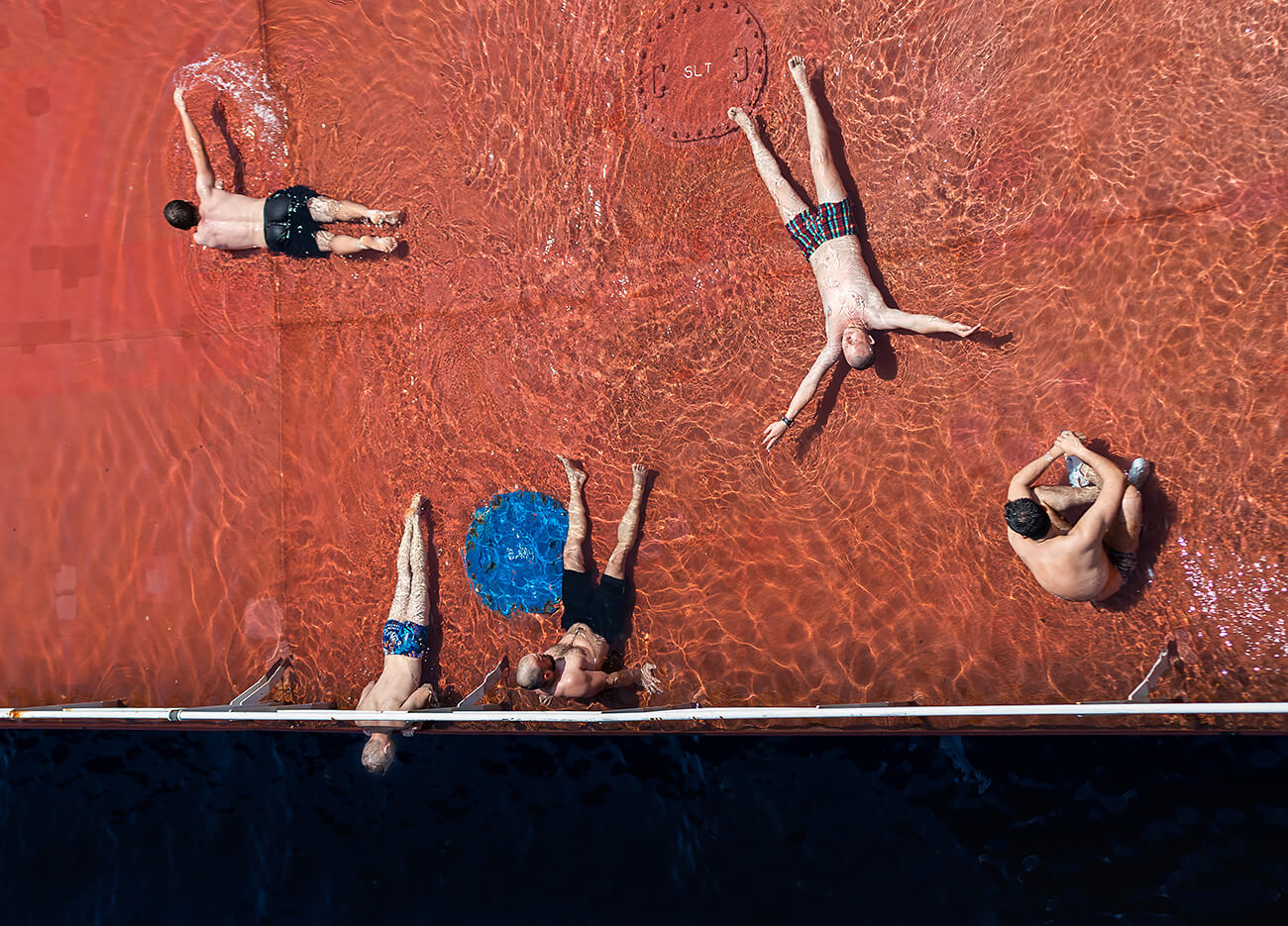 Jennifer Adler
Jennifer is a conservation photographer and underwater photojournalist. She specializes in underwater photography and is a trained free diver and cave diver. She has a degree in marine biology from Brown University and a PhD in interdisciplinary ecology from the University of Florida. Her work has taken her all over the world to document science and conservation for The Nature Conservancy, National Geographic, Huffington Post, and the International Women's Media Foundation. An ongoing theme in her work is the connection between people and water in a changing climate.
Jennifer Adler

Octavio Aburto
National Geographic explorer and photographer, Octavio focuses his photographic outreach and scientific research on the conservation of marine habitats and commercially important species and their fisheries. He has been photographing marine ecosystems off the coastal waters of Mexico since 1994, and works in Belize, Costa Rica, Ecuador, and the United States. His images have been part of several conservation projects worldwide and have won international competitions.
Octavio Aburto