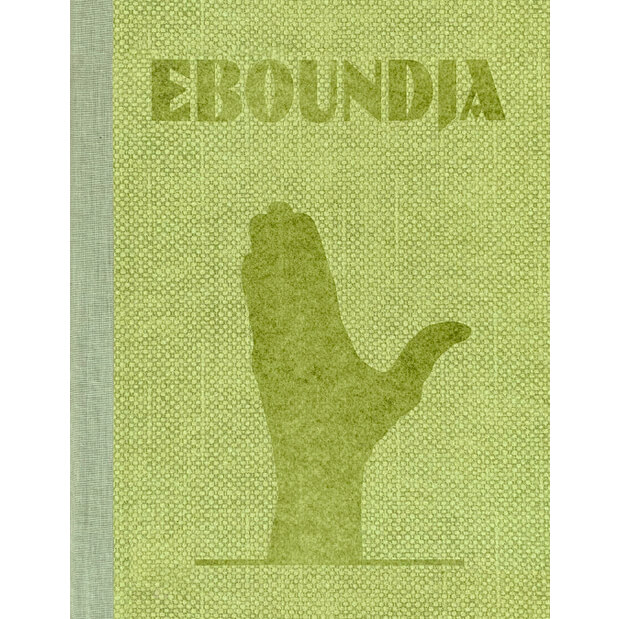 Party Release at Brack Breda in the Netherlands on September 5, 2020

Home to some 30 families, the small fishing village of Eboundja is in the Océan district of southern Cameroon. Its nearly 200 villagers have been living in great insecurity about their future since 2009, the year in which Cameroonian authorities destined an 18 by 12 miles coastal zone as a domaine d'utilité publique. By decree. Its purpose being the construction of a deep sea harbour. Iron ore was found deep in the Cameroonian jungle. The Chinese government will exploit this natural resource for the upcoming 30 years. The new deep sea harbour from where the iron ore will be shipped by the Chinese is located in the centre of this earmarked coastal zone. Although the harbour is 8 miles further south of Eboundja, it is the designation of domaine d'utilité publique that makes the village vulnerable to the combination of corrupt authorities and megalomaniac developers.

In the course of its existence, Eboundja has experienced many external influences. Colonial rule, both German and French, slavery and Christianization, unrestrained logging, offshore oil extraction, and lastly, development projects. From the moment they arose, these influences have been assimilated and are being kept alive in the village's present character. Not the new harbour, but dispossession may be one blow too many and too heavy. If it comes to that, Eboundja will disappear and along with it, the collective memory that is meant to record assimilated influences. 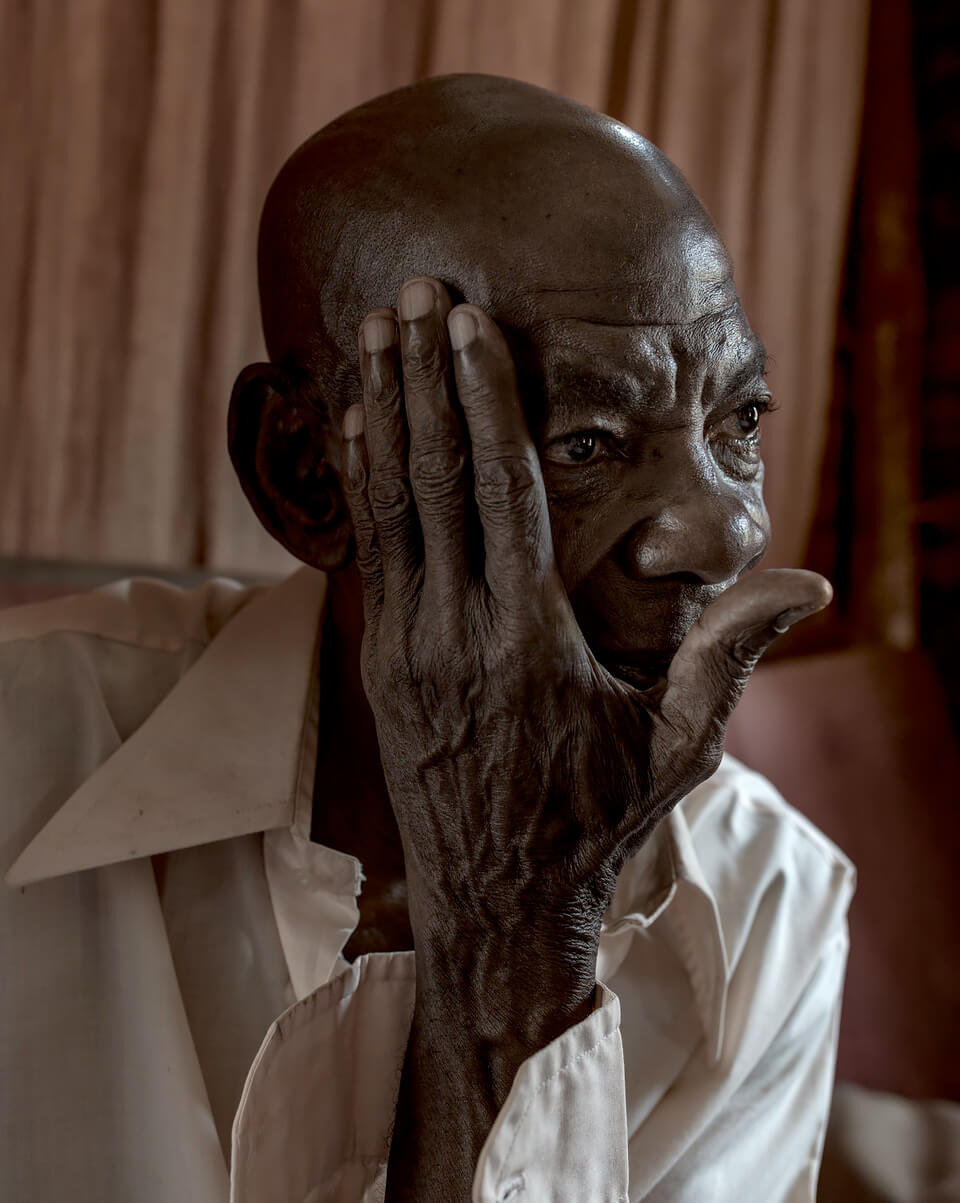 In his photo project 'Eboundja' photographer Reinout van den Bergh describes the character of his village. The degradation but also the beauty. The resignation but also the pride and the resistance. The deep religious awareness and the belief in the power of magicians. The mythical character of the surroundings and their influence on the villagers' imagination. The spectacular weather shifts that no forecast knows how to predict. The recent enormous environmental changes and their direct and indirect impact on the village. 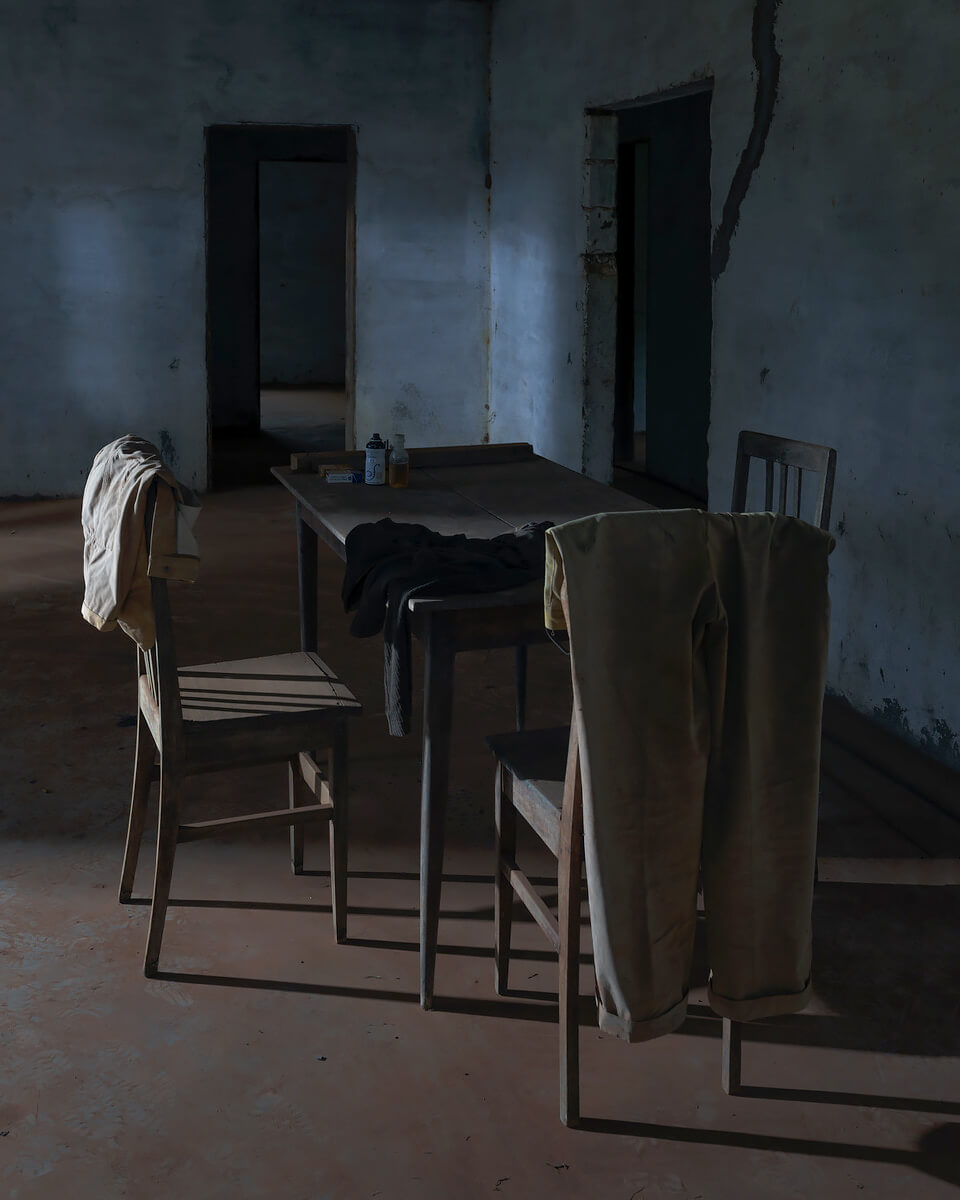 Since 1982 Reinout van den Bergh has been working from Breda as a photographer and audiovisual designer. In this capacity he has travelled throughout Europe, Africa, Asia, the Middle East, the USA and Latin America.

He worked for various ethnographical museums and for Dutch development cooperation. His work has been exhibited in various museums in Eastern and Western Europe and Africa, and published in several books and other publications.

The Miners from Beringen (2014) comprises a collection of photographs made in the Belgian mining community of Beringen during the 1980s. It was proclaimed as one of the best photobooks of the year by Dutch quality newspaper de Volkskrant. For 'Factories', a long-term project, with fellow artist Huib Fens he visited industrial heritage all over Europe. The 'Environment' project is a combination of visual art and photography, for which he cooperated with sculptor Gerhard Lentink, travelling in several European countries.

As of 2006 Reinout van den Bergh has been curator of BredaPhoto. He also supervises students and graduates of its International Talent Program.

Eboundja is a photo project that occupies Van den Bergh from 2011 onwards. Since 2009, the 30 families of the fishing village of the same name in southern Cameroon are in great uncertainty about their future. The village is situated in the middle of a coastal strip where the Chinese, in exchange for Cameroon's iron ore, are constructing a deep sea harbour. The inhabitants are vulnerable to the combination of a corrupt government and megalomaniac project developers. In a series of photographs and cinematic impressions, van den Bergh shows, with great commitment, the decline as well as the intimacy and beauty of the small community; the resignation but also the pride and resistance. The recent, enormous changes in the village environment and the direct and indirect impact on its inhabitants is the content of a book that will be published by mid 2020. 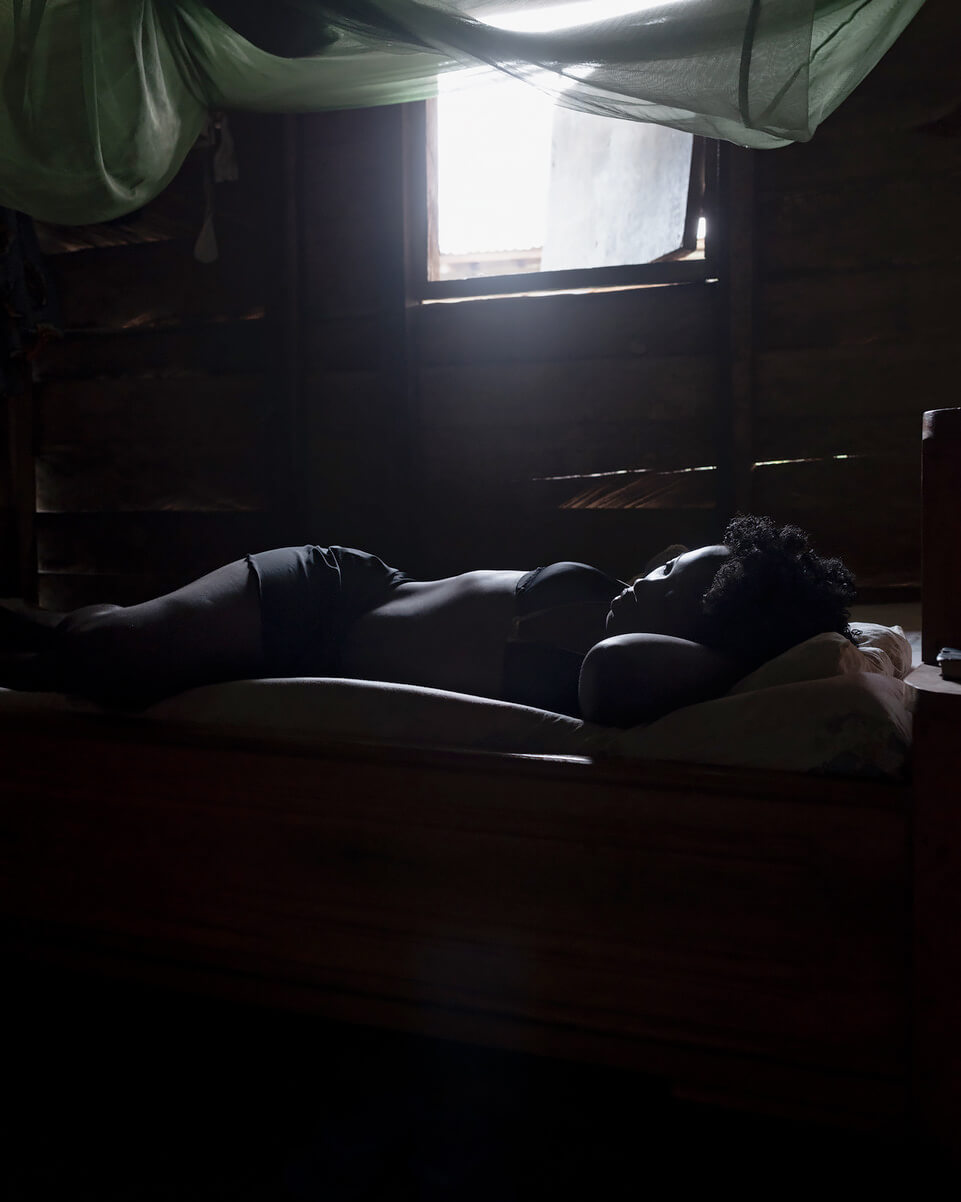 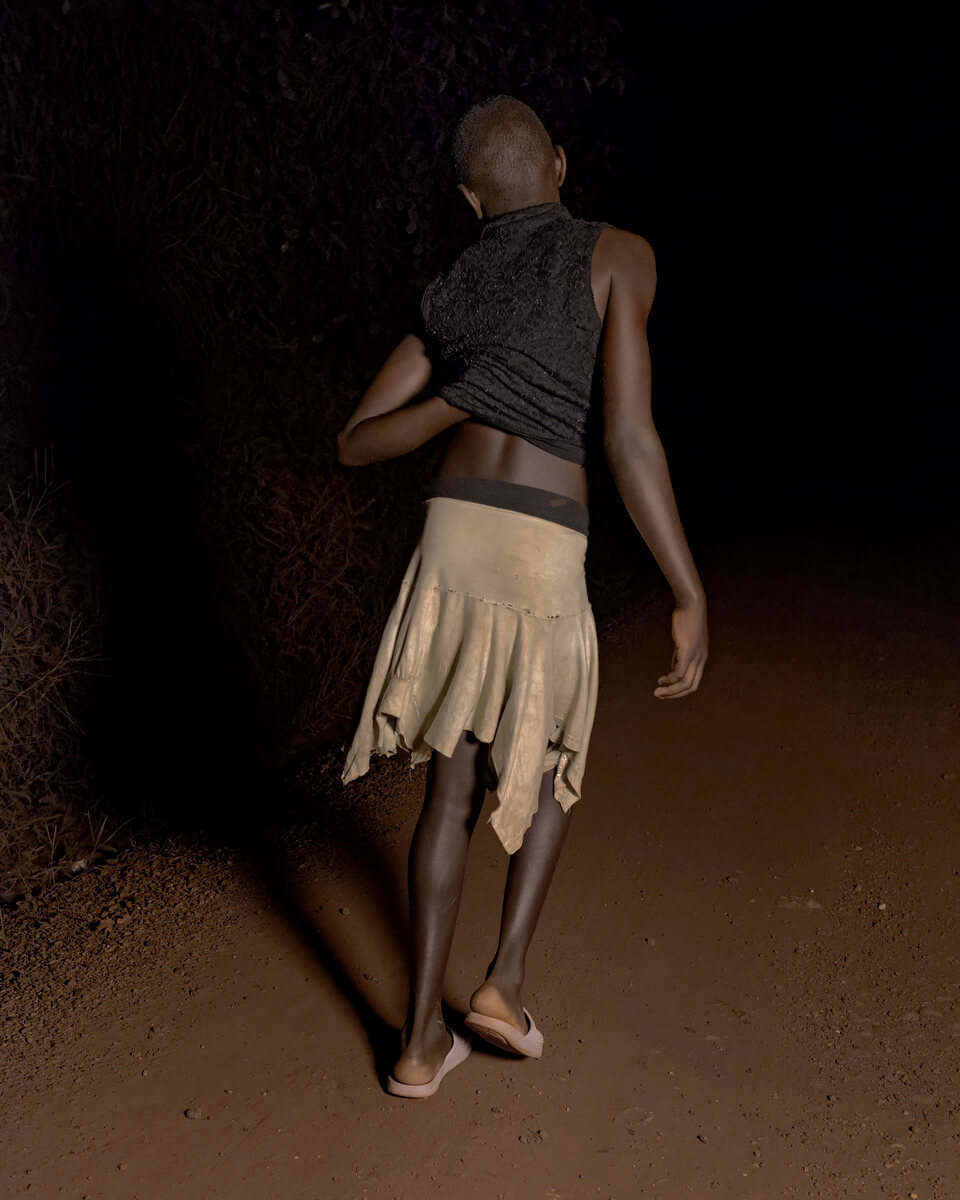 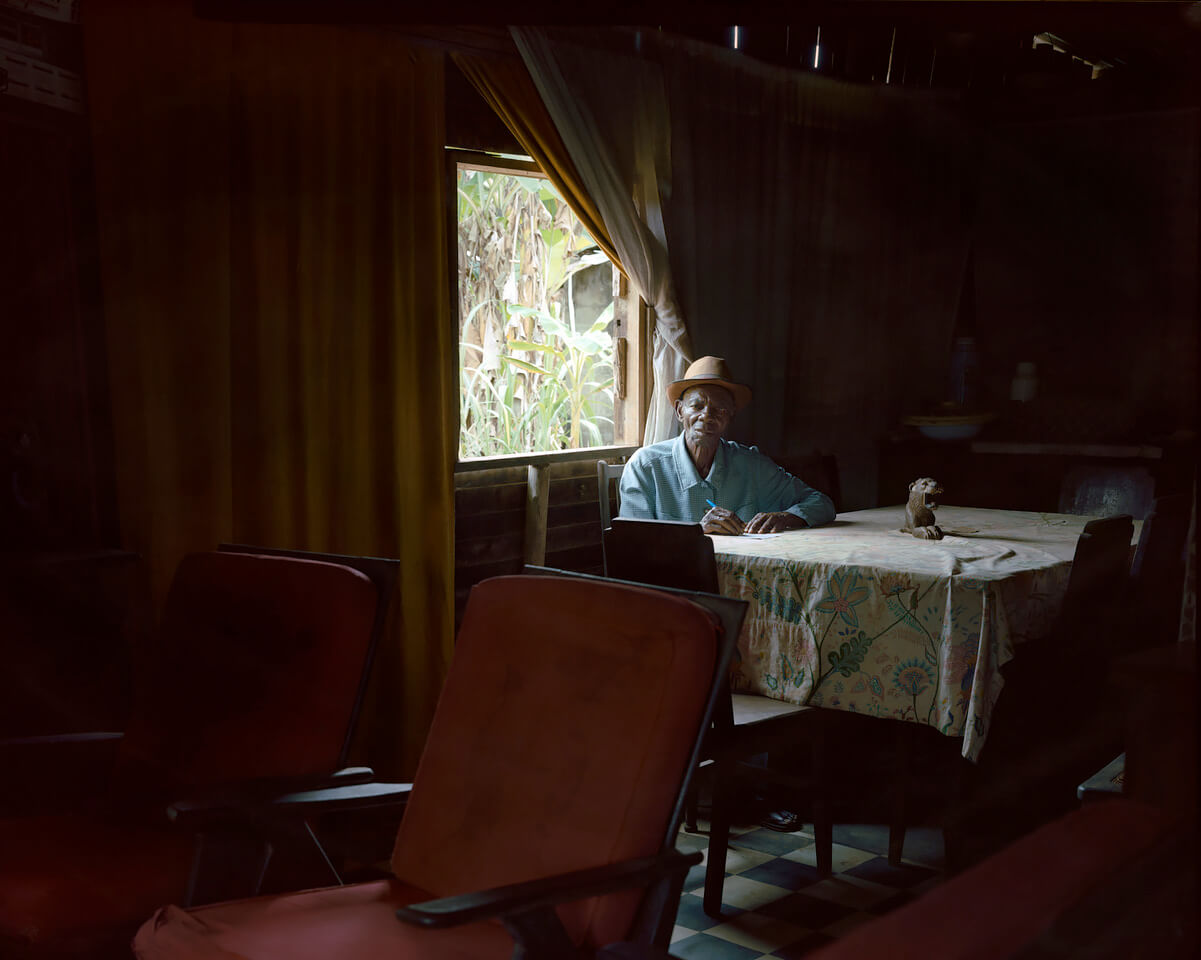 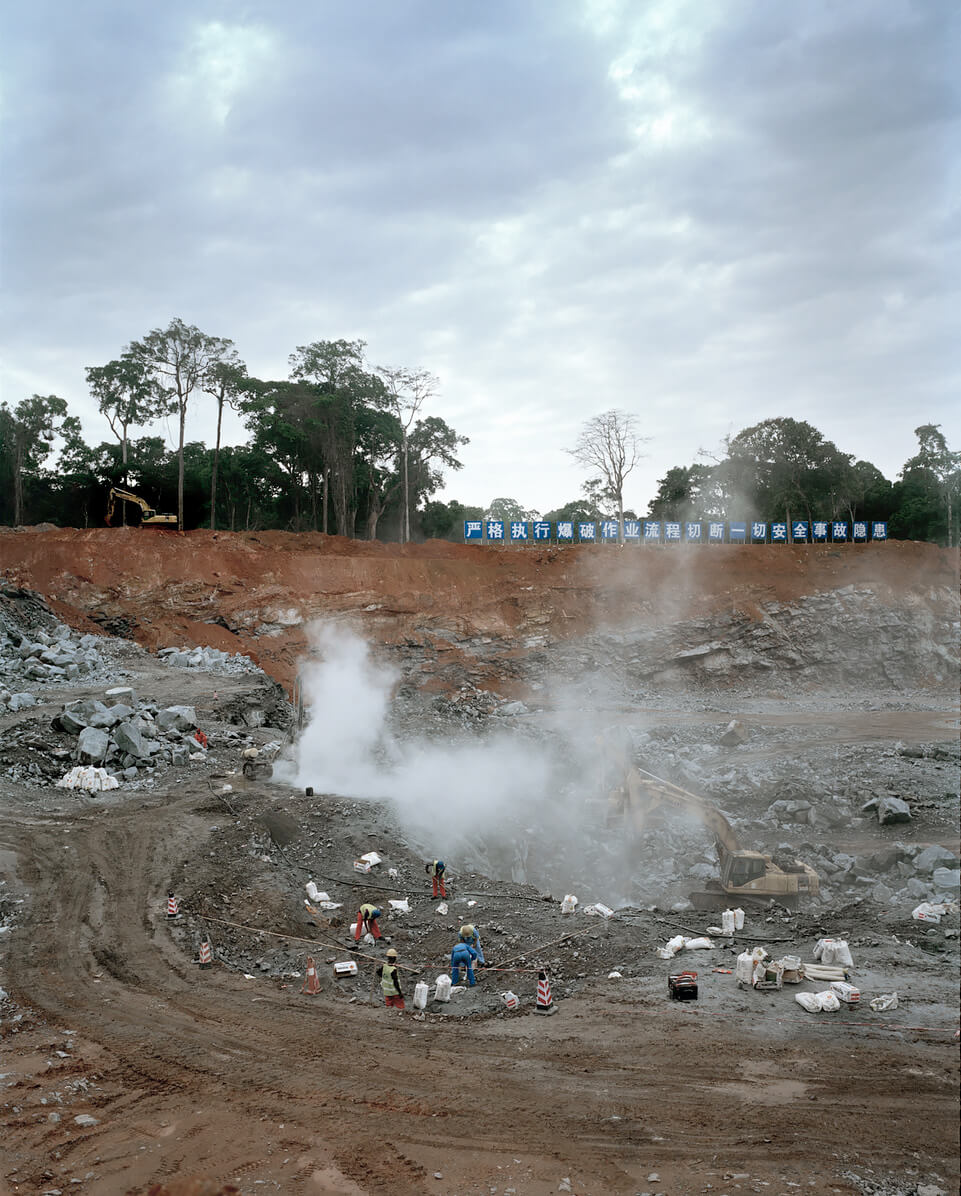 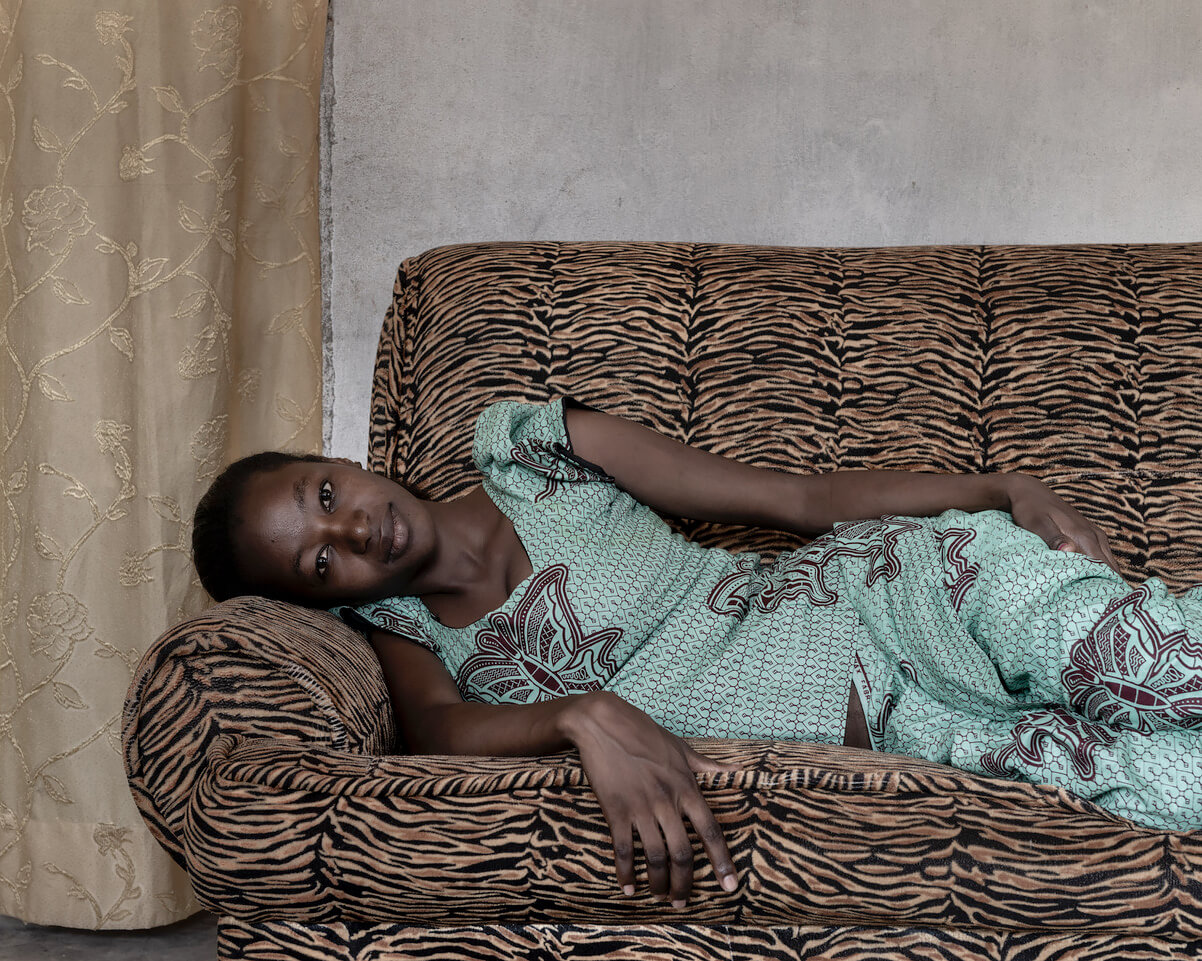 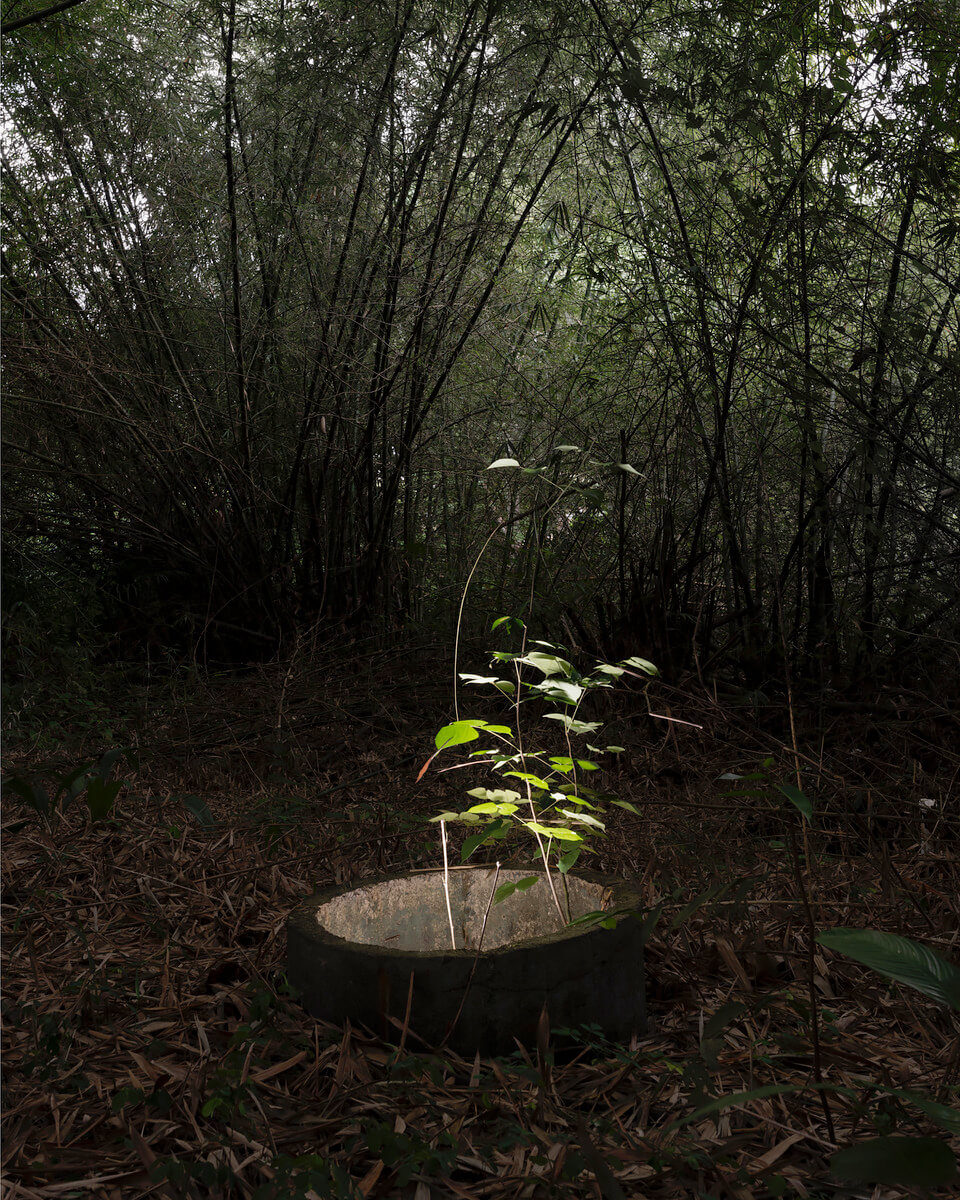 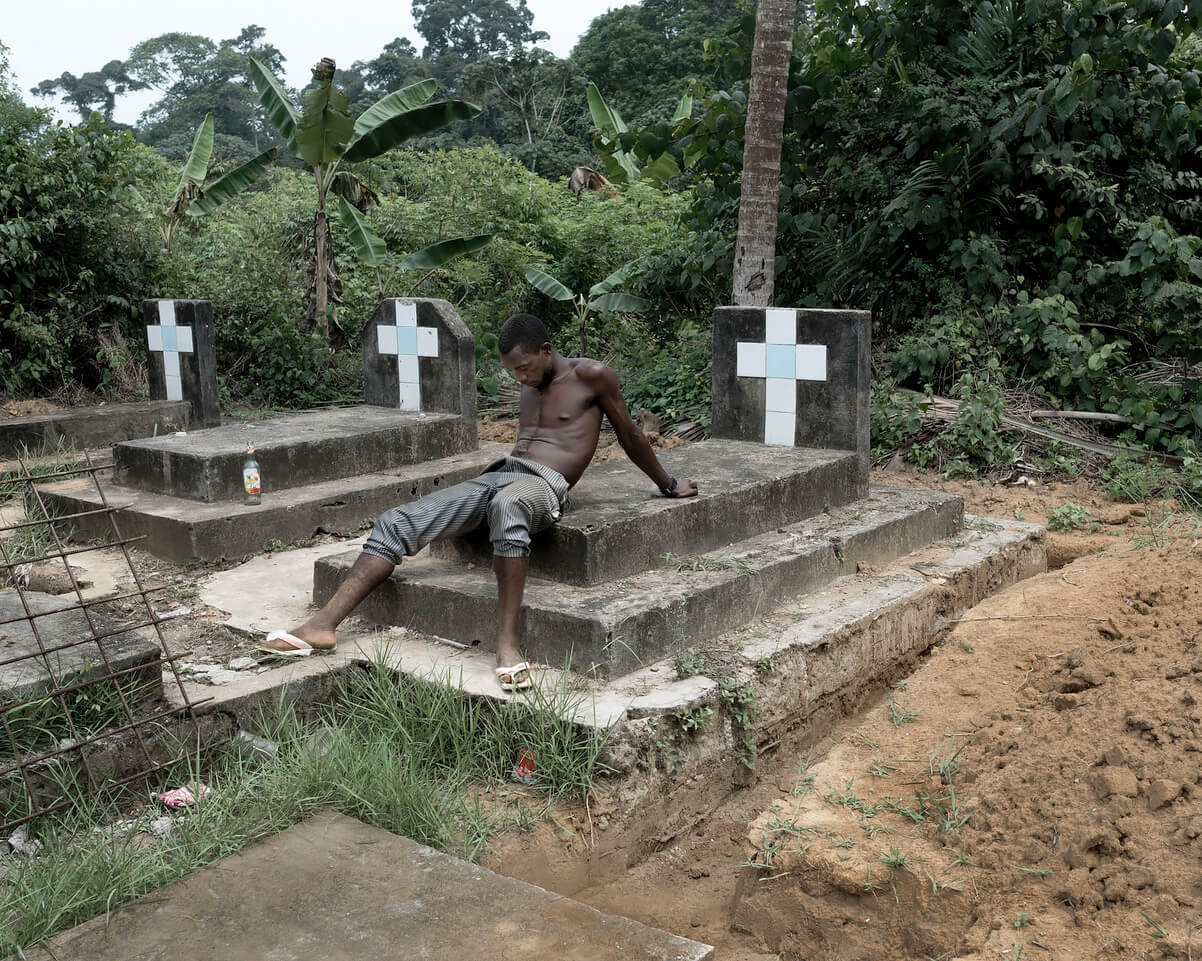 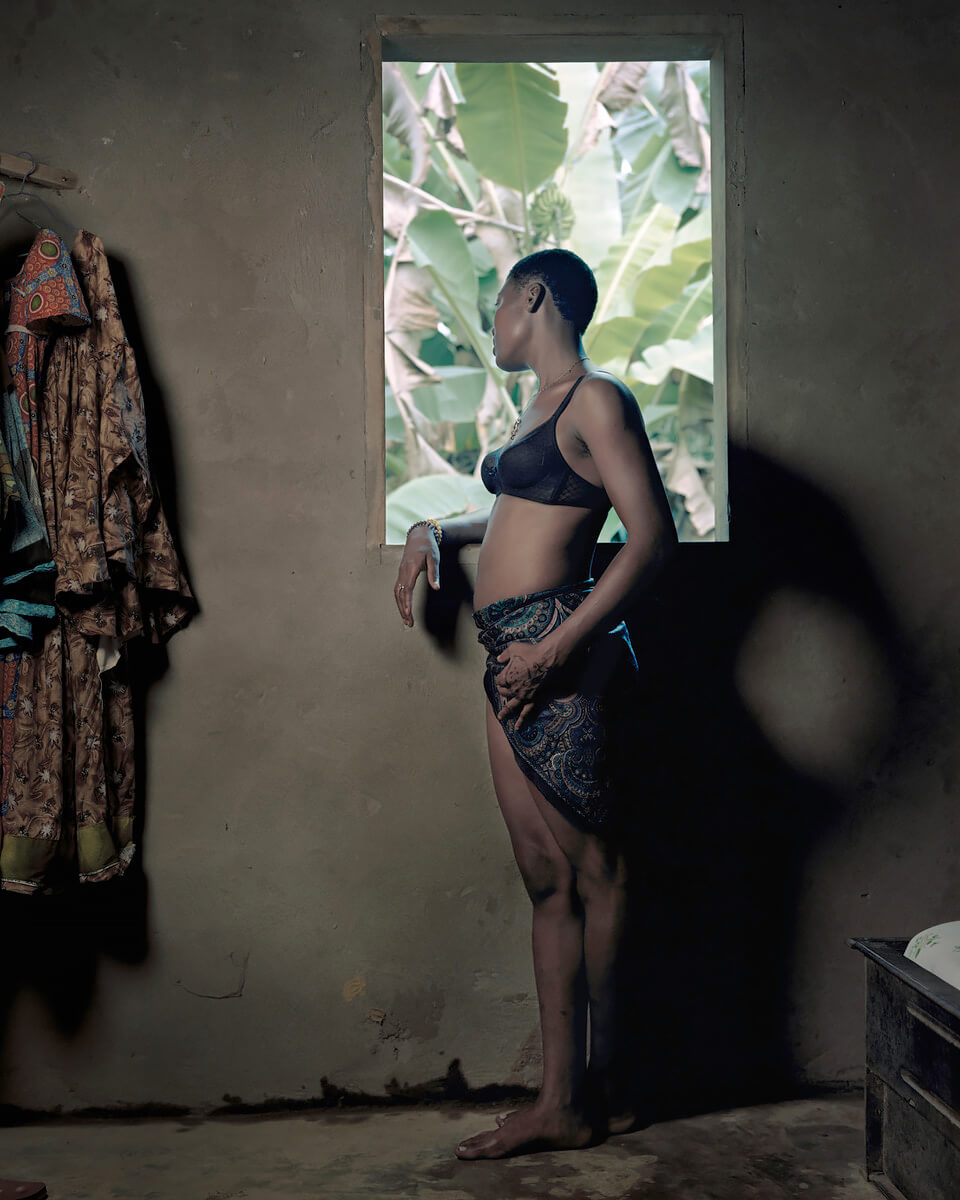 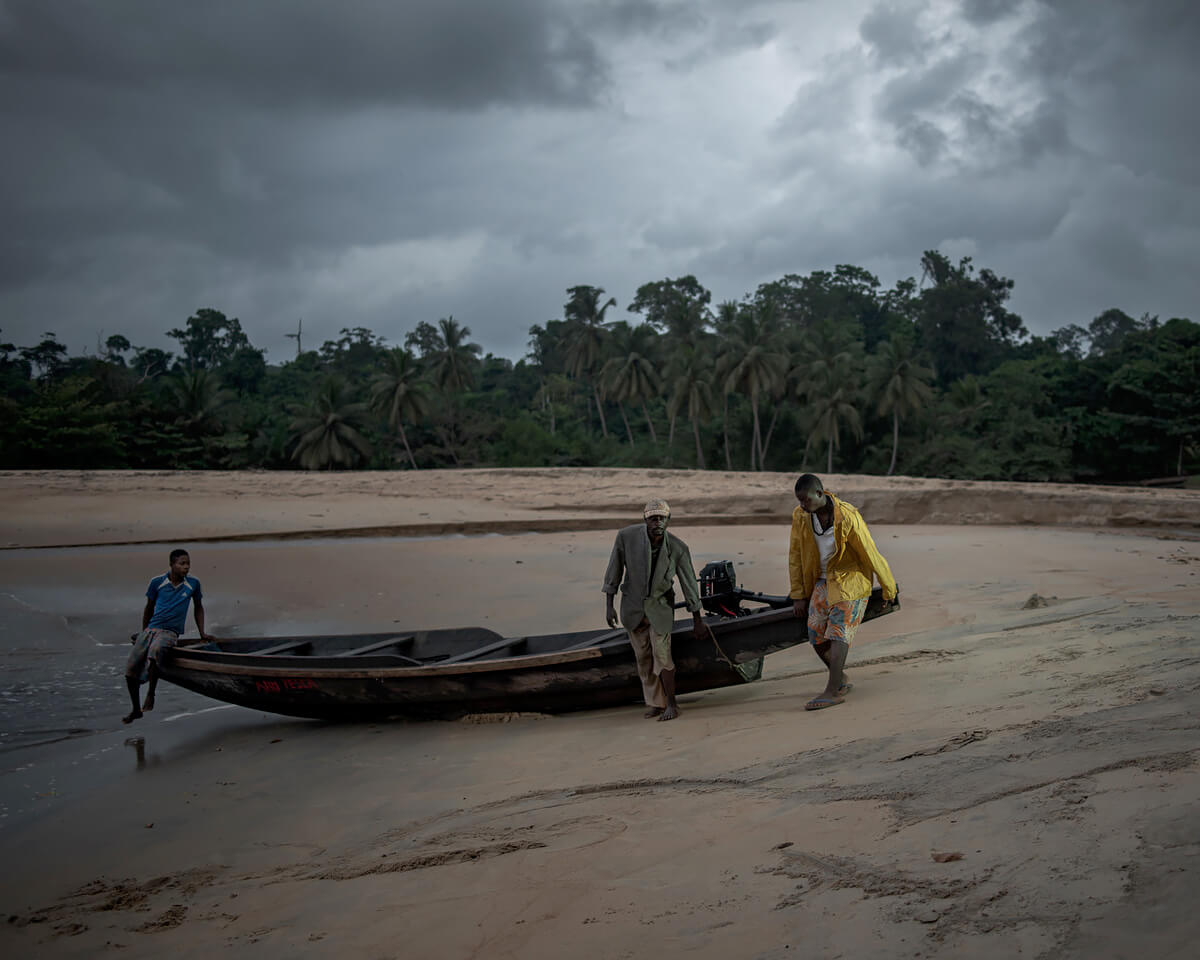