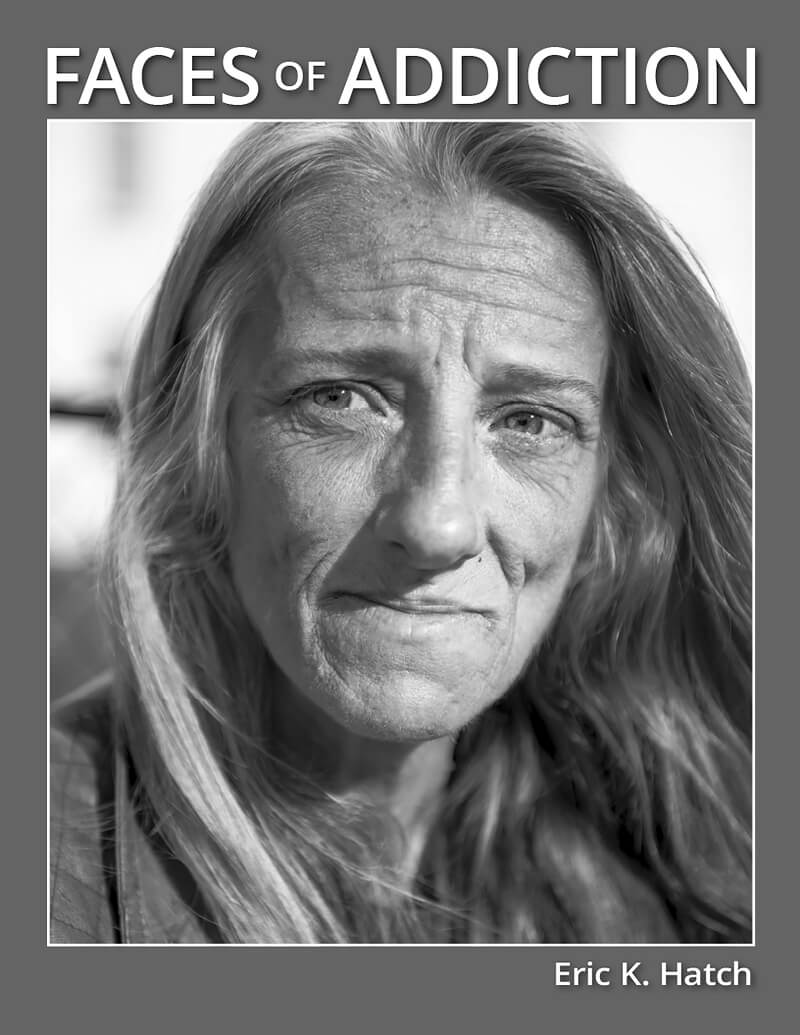 It's convenient to think of addicted people as low-lifers, statistics, or invisible homeless bums. The addiction crisis is everywhere, with a terrible human cost -- and we don't like to look it in the face. Faces of Addiction aims to change all that.

Faces of Addiction is a photography-based art project which presents addicted people as real individuals - just like you or me. Only then does compassion become a possibility. Accordingly, the work has to be accessible and to be most effective, it will need to be experienced by many thousands of people.

The graphic concept was multi-media - story and image laid out in adjacent panels. This allows gallery viewers, web users, and book readers to experience the faces and their stories in a similar way. There is also a short video with plans for a 23-minute documentary to put the project to work in a multitude of ways.

The project guidelines were 1. Shoot for character more than situation. This is portraiture, not newspaper or horror photography. 2. Black and white for impact 3. Available light if at all possible 4. Honesty was essential, both in photographic terms and in the interviews. 5. Post processing was limited to dodging and burning only - but many tools were used to do that on specific areas or tonal selections in the images. Nothing was added or removed. If there's a stylistic influence, It might be Robert Mapplethorpe. 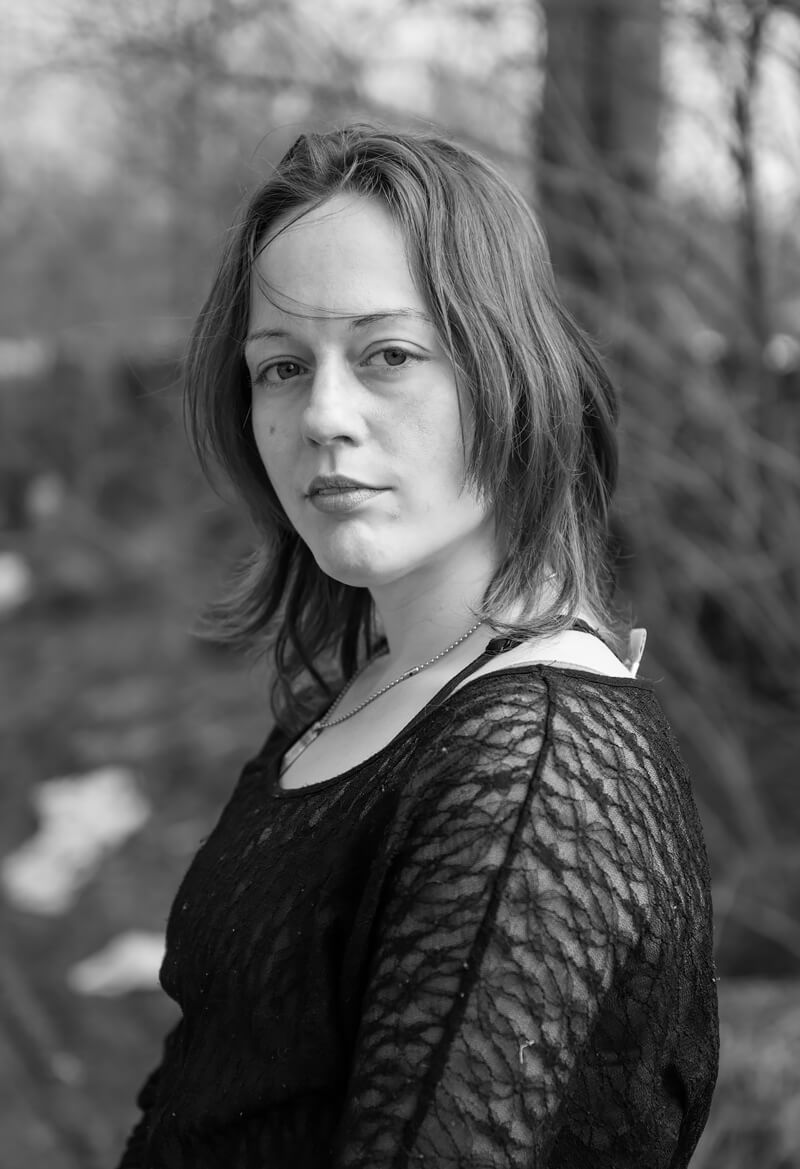 There were a number of challenges right from the outset. First was finding portrait volunteers. This was addressed initially by a Craig's List ad and by a hunting expedition in Hamilton, Ohio. As it happened, the Craig's List ad succeeded, producing the first two volunteers, and on that first hunting trip one of the subjects became so enthusiastic about the project that she started rounding up others in the local addicted community. All told, 58 people were interviewed, and 50 final portraits were selected.

The process was to conduct a taped interview with the volunteer, and as the interview started to run down, to begin photography. Later, the tapes were reduced to a max of 400 words, with most running around 300 - enough to fit on a single page (or panel) 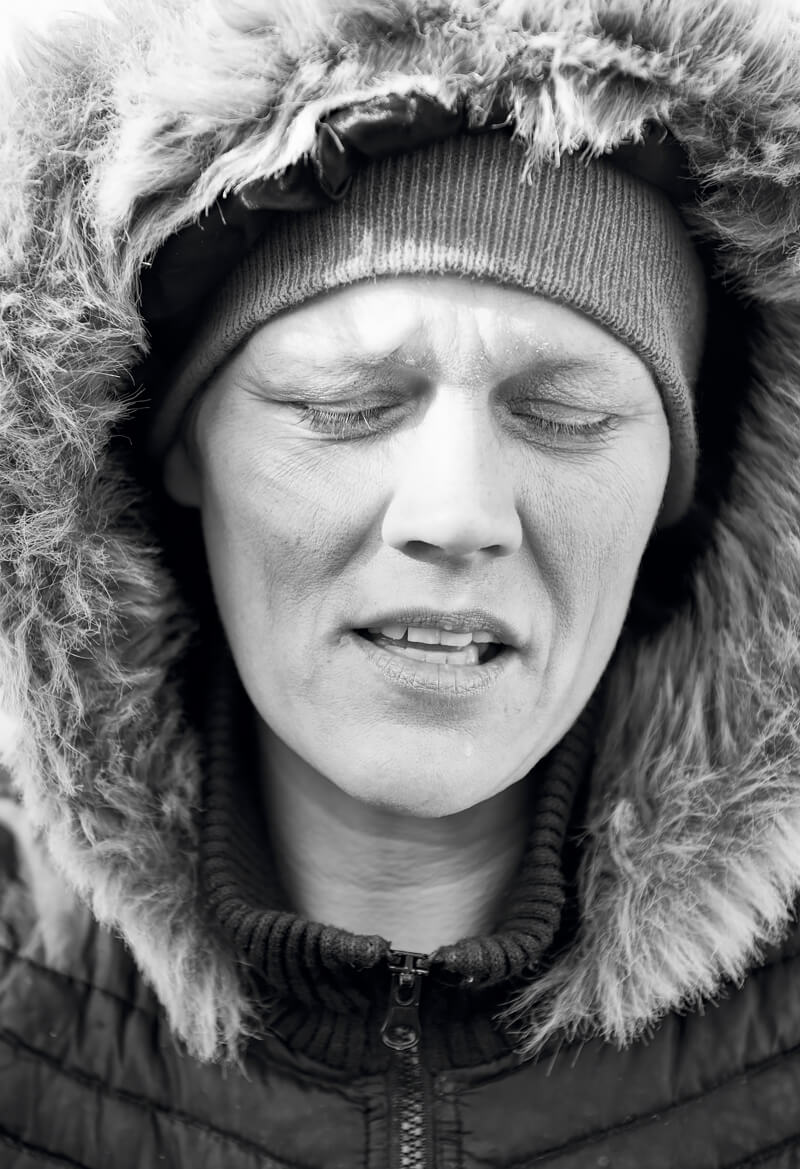 Shooting conditions ranged from blazing sun to murky dens - with far more of the latter. This meant shooting at f2.8 much of the time using a Nikon 24-70 lens on a Nikon D850 body. ISO varied, but was set manually to give a shutter speed of 1/80 minimum, since shooting was hand-held. Shooting distances were very close, often near the minimum for the lens, which created a DOF of only an inch or two in many instances. Accordingly, the eyes were the main focus target; even so, a slight turn of the head could produce one eye in focus and the other a little out. Typically, for each subject about 150 frames were exposed then down-selected in Lightroom to a handful for black-and-white conversion. Final editing (if needed) was done in Photoshop to create the final image.

The prints were made at 13 x 19 on an Epson P7000 24 printer. Two papers were used, both from Red River paper. A natural tone semi-gloss was used for the portraits; these are living people, not specimens. The portraits were printed on San Gabriel Baryta, which has just the right amount of warmth and strong contrast while still holding shadow detail well. The story panels were printed on Red River Aurora Natural, a matte-finish paper with a noticeably warm tone. 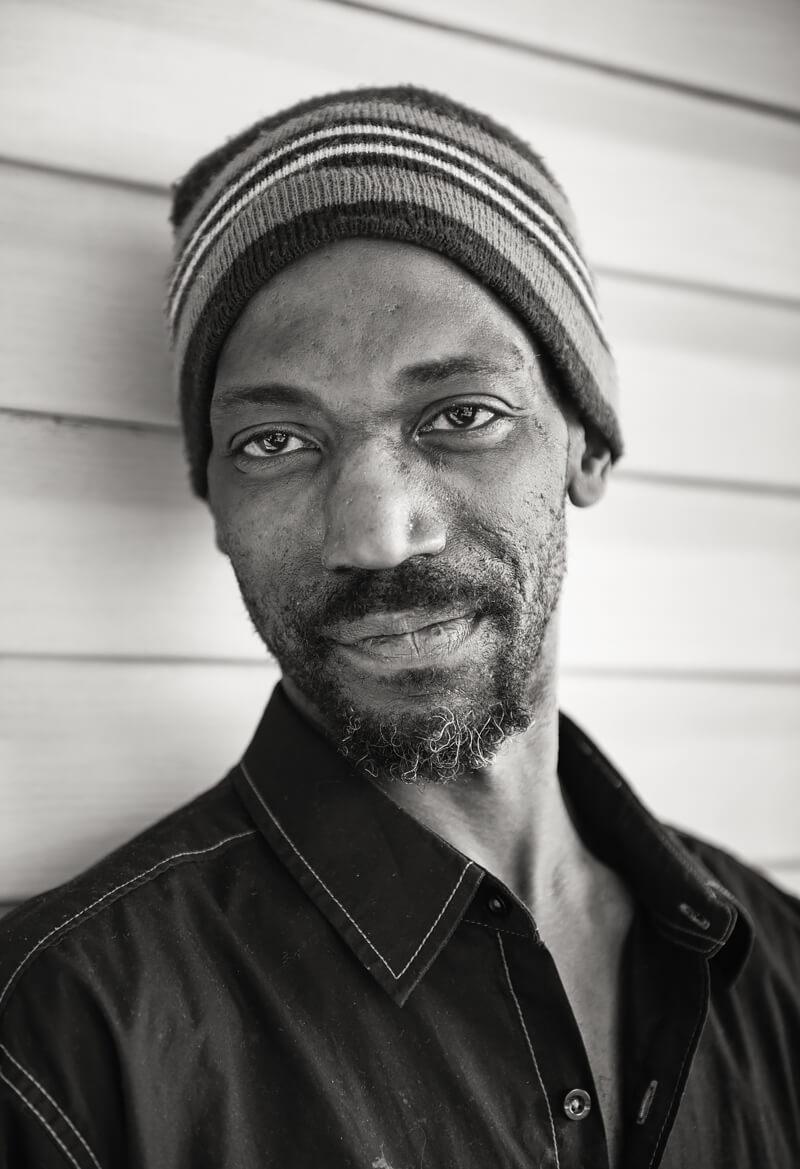 The biggest challenge in printing was accommodating the difference between computer and paper, transmissive vs reflected light. Light room's ability to preview an image while also simulating the paper was an essential tool. Printing was done from Photoshop. Frequently, a number of test prints were required before the image looked right.

In the gallery show, story panels appear on the left, and portraits hang a few inches away on the right. All told, this is 100 pieces - a big show by any standard!

The companion book differs from the gallery show in adding introductory material and a set of lessons learned about addiction. 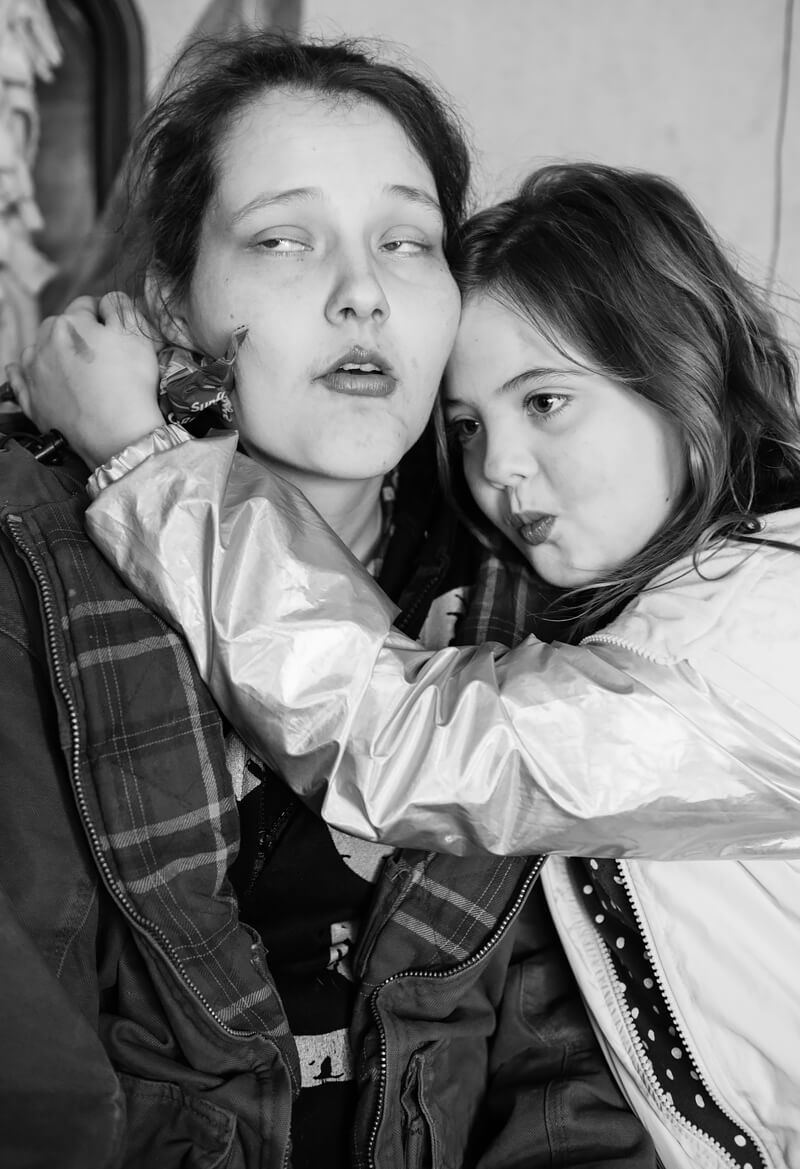 Plans for the future include multiple formats for the material, but most importantly using the existing materials to create two different sets of program materials, one slanted for prevention and the other for use in recovery programs. The next step is creating a 23-minute documentary in two different versions, and for this a GoFundMe campaign has been created at GoFundMe.com/faces-of-addiction-the-movie.

The gallery show opens in Cincinnati on January 16, 2019, at 6:00 PM at the Christ Church Cathedral gallery 4th and Walnut Streets. For the month of June it moves to Columbus to the Rhodes Office Tower across from the Ohio State Capitol.

For future showings, curators may select as few as 16 images for venues which cannot accommodate the entire collection. Contact Eric Hatch at facesofaddiction.net to inquire as to availability. 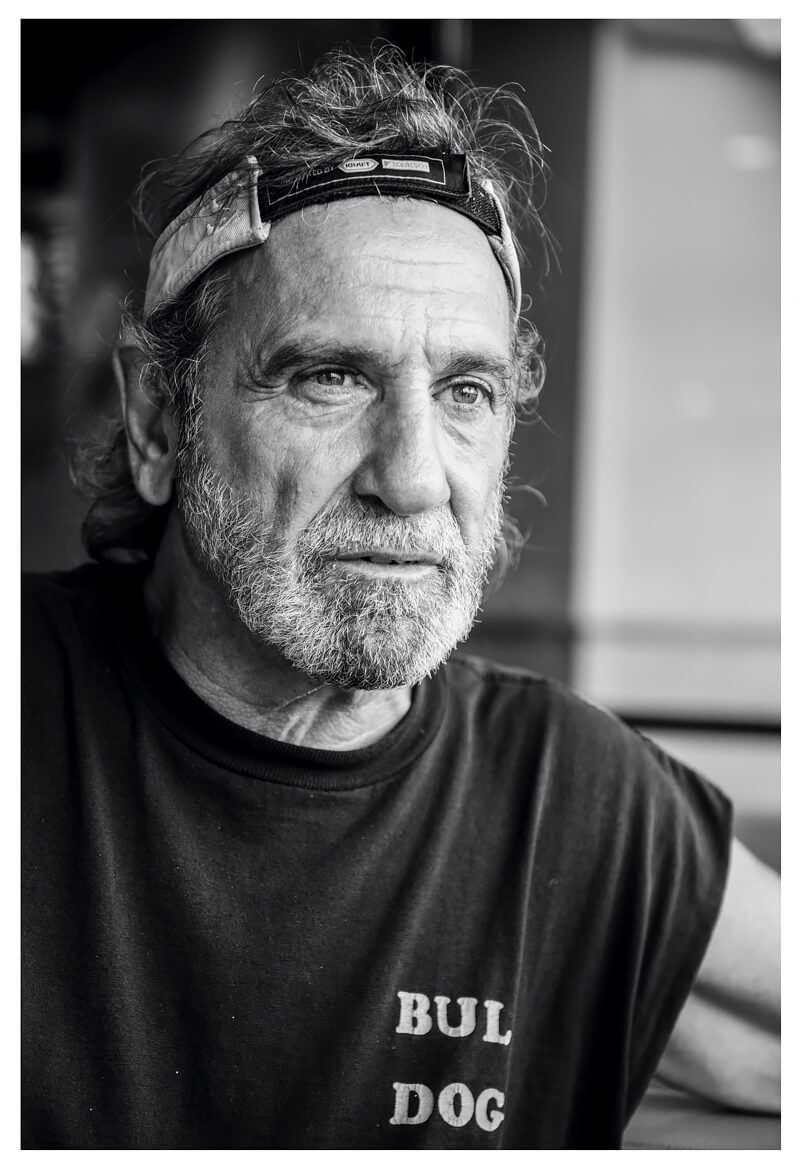 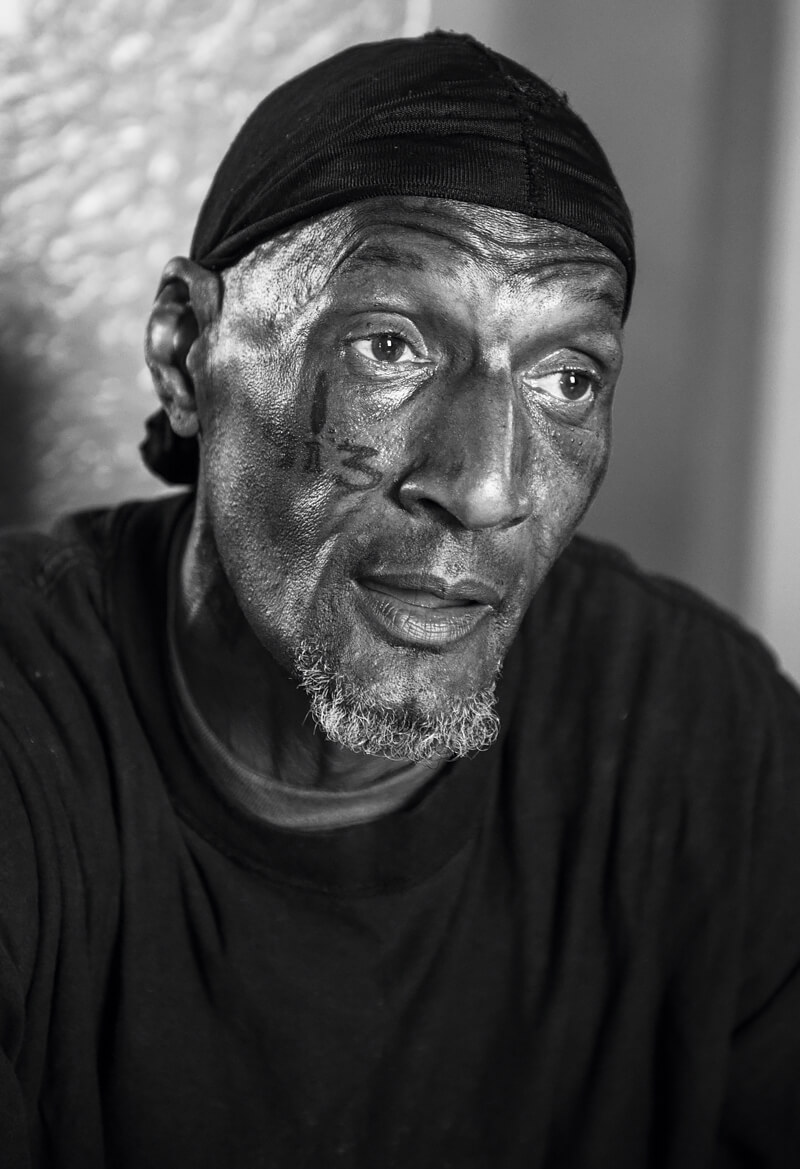 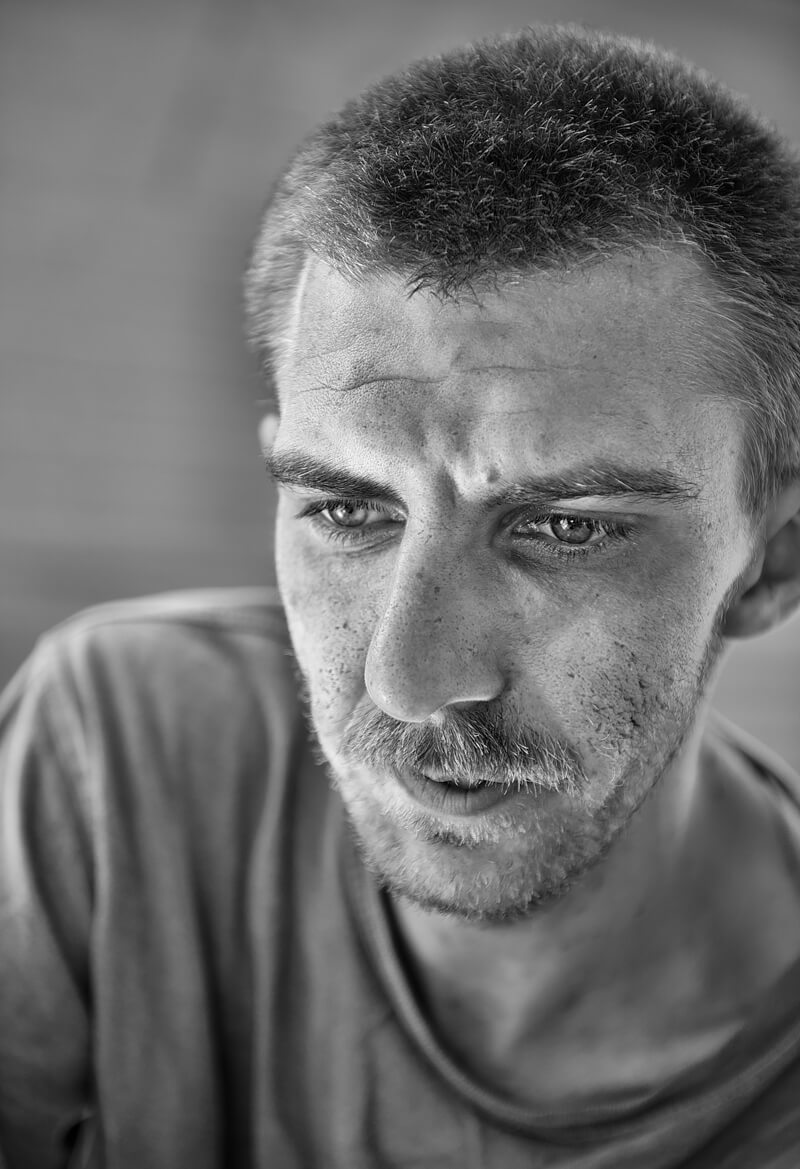 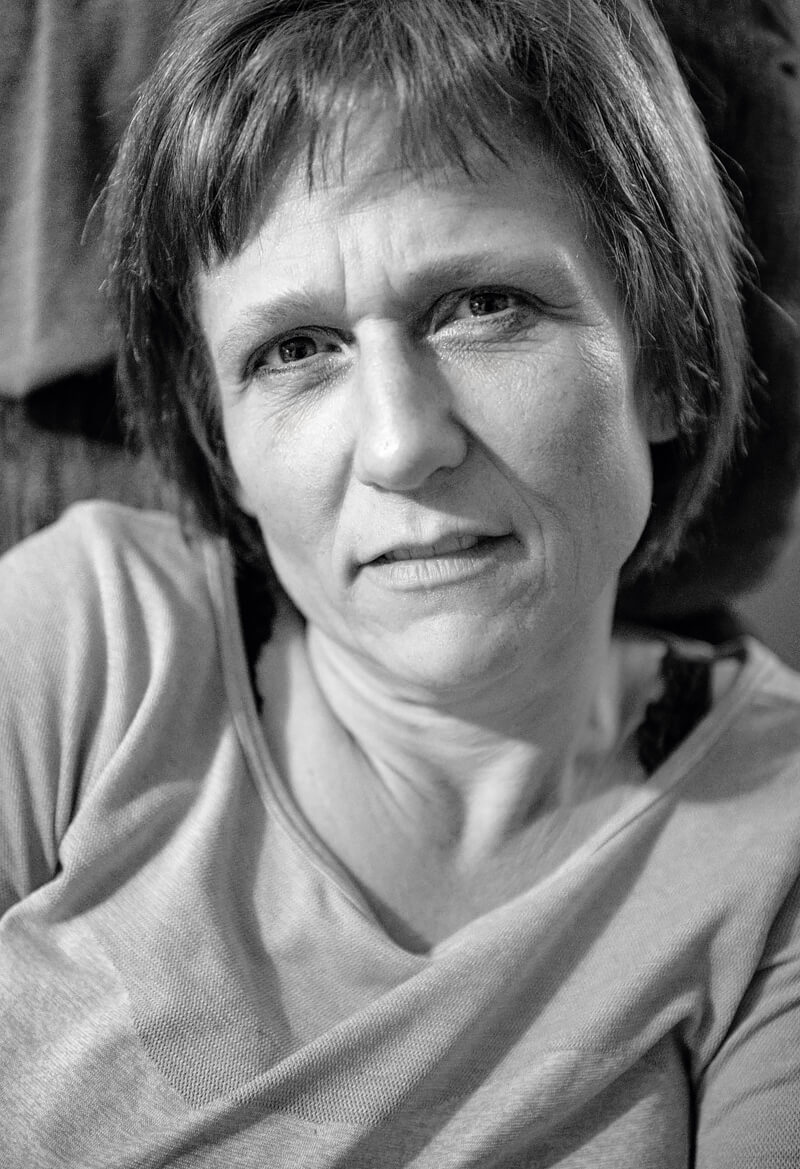