One of my favorite things about jurying an international competition is discovering photographers that I would never encountered otherwise. I've finally finished looking at the last portfolio (#780) in the jurying process for Issue 12, the curators' issue, of Aint-Bad Magazine and was miraculously transported to a place that at first I didn't recognize as being real. It looked like a movie set, the clouds parting to reveal an old building that could be an abandoned factory or an asylum (and when I say clouds parting, it's like that moment at the Sun Gate when the clouds descend into the valleys of Peruvian Andes and the mountaintop city of Machu Picchu is unveiled. That kind of revelation). Anyway, this image and the ones that followed are by Alnis Stakle, a Latvian photographer whose work I unfortunately didn't see when I lived on the other side of the Baltic in Sweden.

Viewing this series was worth the wait though. The place depicted in his photographs (taken between 2010-2017) is magical and surreal. Before reading his statement, I looked at the images of rooms filled with plant specimens and taxidermied birds and drawings of animals and people and giant beetles and what appeared to be scientific graffiti, all of these spaces full of sticks and bones seemingly guarded by a fearless group of young women. The portraits of these girls in these rooms with cracked walls and single beds made of iron with thin bare mattresses sagging on top stunned me. These girls are living in that place, apparently left to their own devices, free to roam and collect specimens from nature and draw on the peeling walls and sleep sometimes alone or sometimes in a row of 12 beds pushed together. I was thinking it was like a female version of Lord of the Flies, except these girls aren't going to kill each other. They are going to take over the world, probably when the cloud cover is sitting close to the ground and no one can see them through the dense masses that float strangely low, filling forests and blocking roads.

It's not fog (I live in San Francisco, so I should know). There must be a river nearby. Perhaps the one they will steal away on. All this and more goes through my mind while viewing these beautiful and strange and intense pictures...and then I finally must break the spell and read Alnis Stakle's statement because my imagination has run away with me and my curiosity has gotten the best of me. 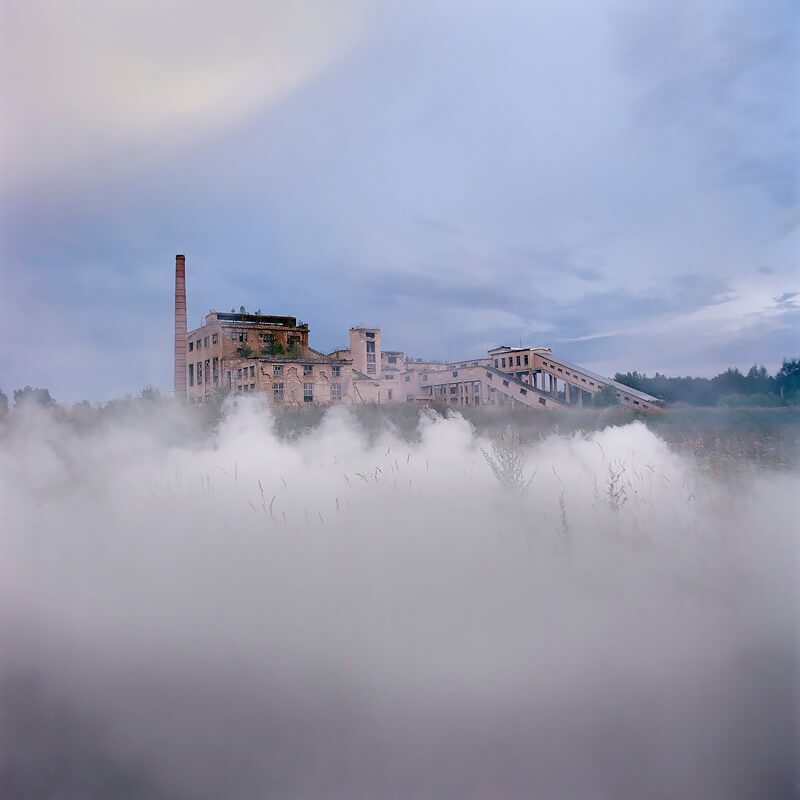 Ilgas means longing in Latvian. Yet, within this series of photographs, Ilgas is also a place name and the name of a manor house.

Ilgas manor house was built in the 1890s in the style of baroque. The architectural design of the edifice stirs associations with Italian palazzo-type buildings, which is why the manor house is said to have been once called Palazzo Ilga. Currently the building holds the study basis of Daugavpils University (Latvia). Ilgas manor house is located only a few kilometers off the Belarusian border, which is simultaneously the eastern border of the European Union.
I first visited Ilgas manor house in 2010. At that time, 45 female students temporarily lived there – they did nature research on the territory of a protected natural area. At that time, the building has no plumbing, which means that such facilities as a lavatory or a warm shower are not available. These conditions make the students' domestic conditions resemble those of extreme survival reality shows.

When I began shooting, I realized that the documentary narrative about female students and/or place would be too simple and traditional, based on the exotization and search for something other and unlike, which is so characteristic of documentary photography. I was most surprised by the merging of the interior of the old manor house and the young women in one physical space. Traditionally, photographs relate the body of a young female with sexuality and lust. Squalor, on the other hand, is bound with the interior of deserted and/or old buildings and stirs associations with the historically unknown, the menacing and the hidden in the origins of interior. In photography and films, similar combinations of the female body and old interior are exploited to create narrations where the combination of lust, sexuality and environment's apparent menace is used as an instrument to draw the viewers' attention.

In several years' time, Ilgas manor house was restored, and now it is a modern research centre. I returned to finish my story, which, effectively, is not based in any certain narrative. Rather it permits the audience to construct from their memories and imagination a subjective narrative, as well as themselves draw the boundaries between the documentary and the fictional therein.

Historically, photography has always been related to memories, reminiscences and the sentimental. Thus, photography functions as a catalyst for longing that challenges our imagination to constructed interwoven and immediate time and space relationships between here and there, now and then. My works from the series Ilgas, similarly as the restoration of Ilgas manor house, construct a seemingly unnatural relationship between the past and the present at some Latvian backwater.

If asked to classify these works, I would say they are peculiar still lives that portend the surreal and the inexplicable in the mundane, in self-representation and in construction of own living space. 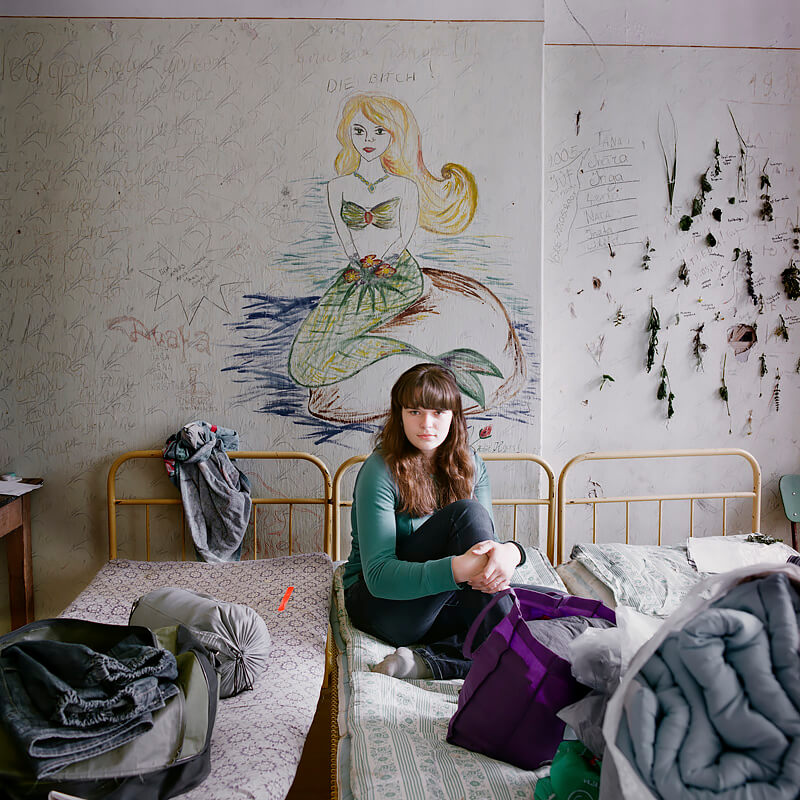 Alnis Stakle (1975, Latvia) is Latvian photographer, board member of Riga Photomonth, and the Professor of photography at the Rigas Stradins University (LV). He holds PhD in art education from Daugavpils University (LV). Since 1998, his works has been exhibited widely, including solo and group exhibitions at the Latvian Museum of Photography, Latvian National Museum of Art, Modern Art Oxford (GB), Art Center ‘Winzavod' in Moscow (RU), Museo Nacional de Bellas Artes in Buenos Aires (AR), Centre for Fine Arts BOZAR in Brussells (BE), in addition to being held in private and public collections. His works has been published in British Journal of Photography, Wired, Camera Austria, EYEMAZING, IMAGO, OjodePez, Archivo, Leica Fotografie International, etc. 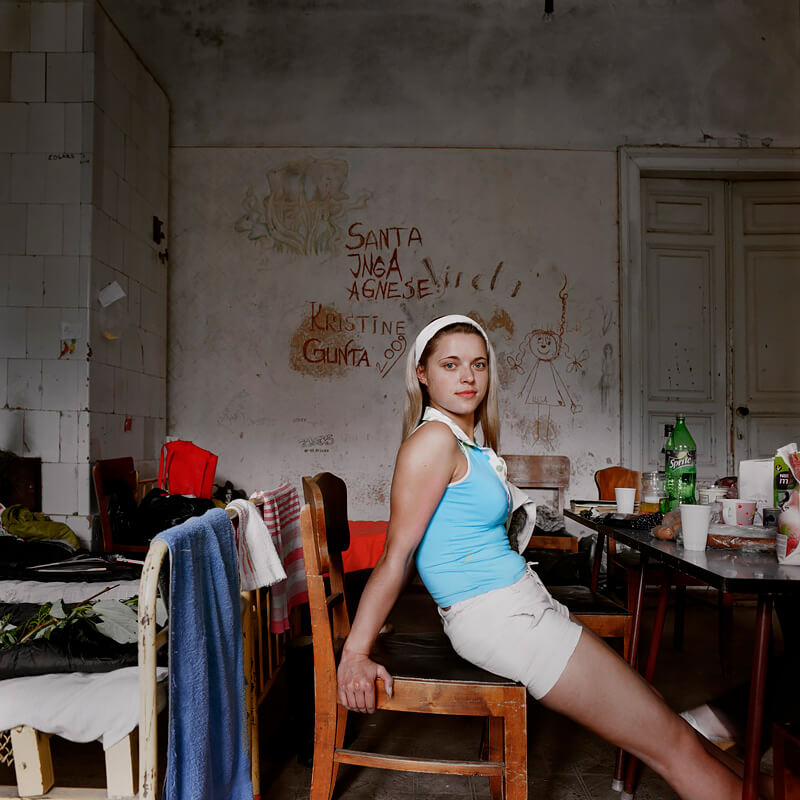 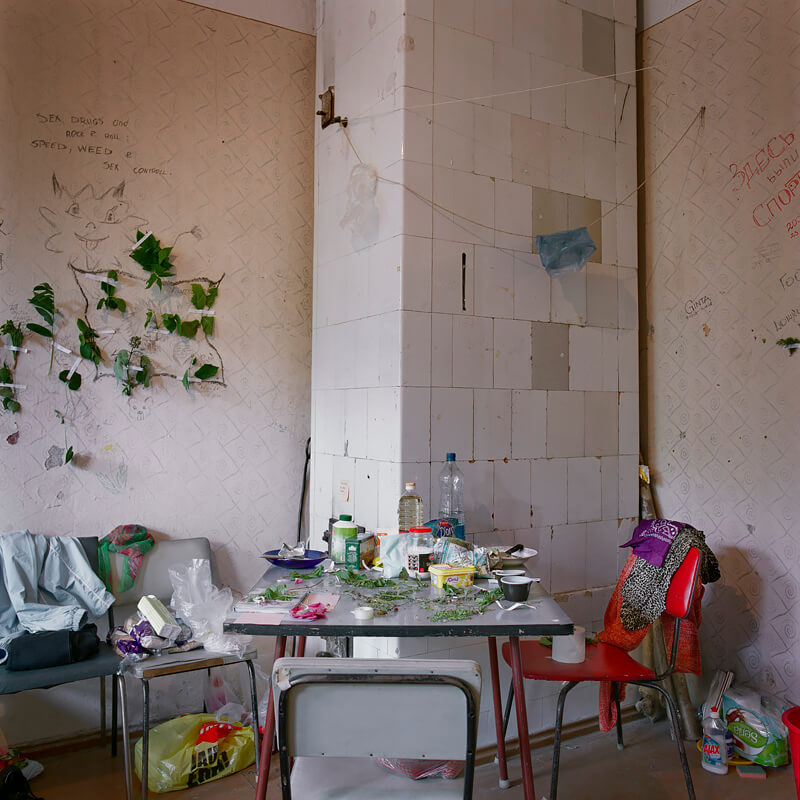 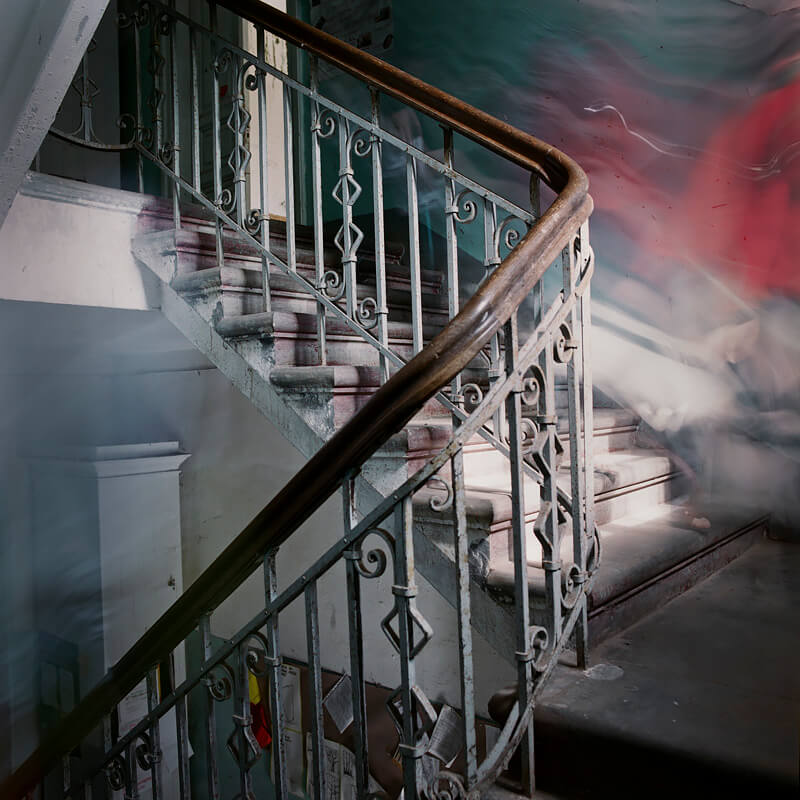 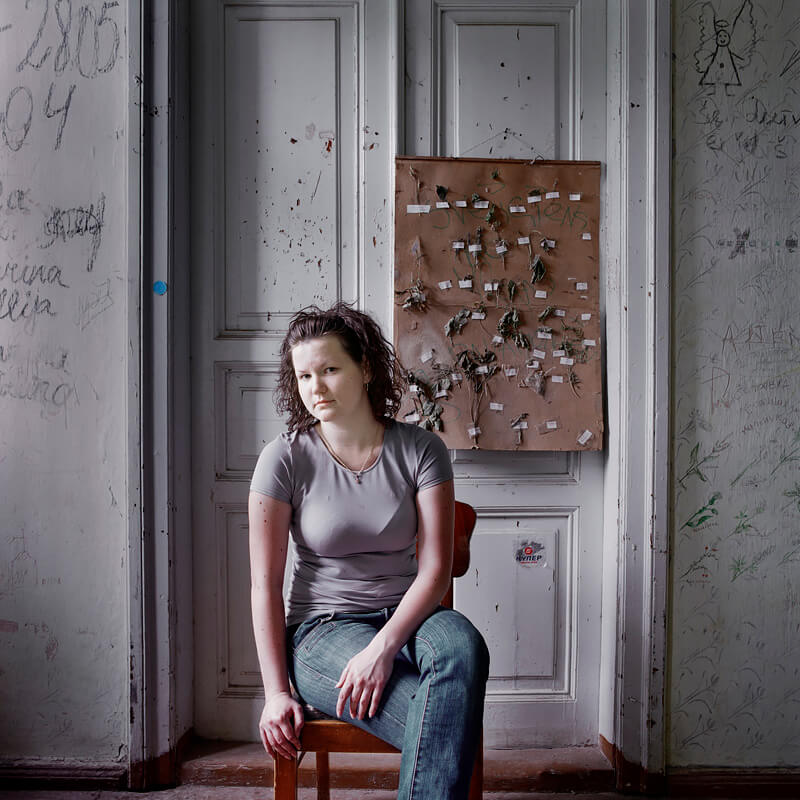 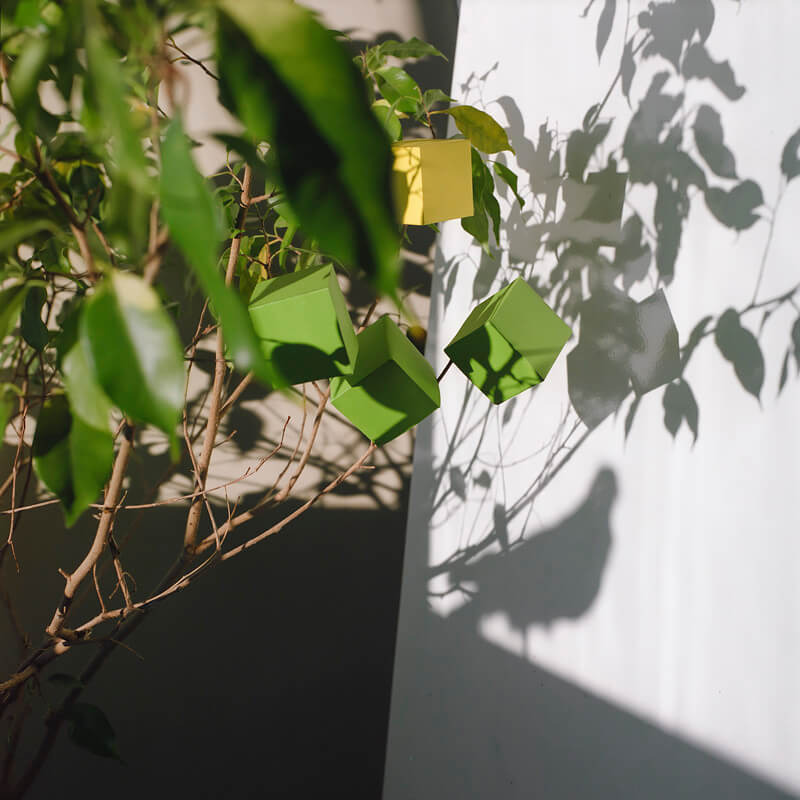 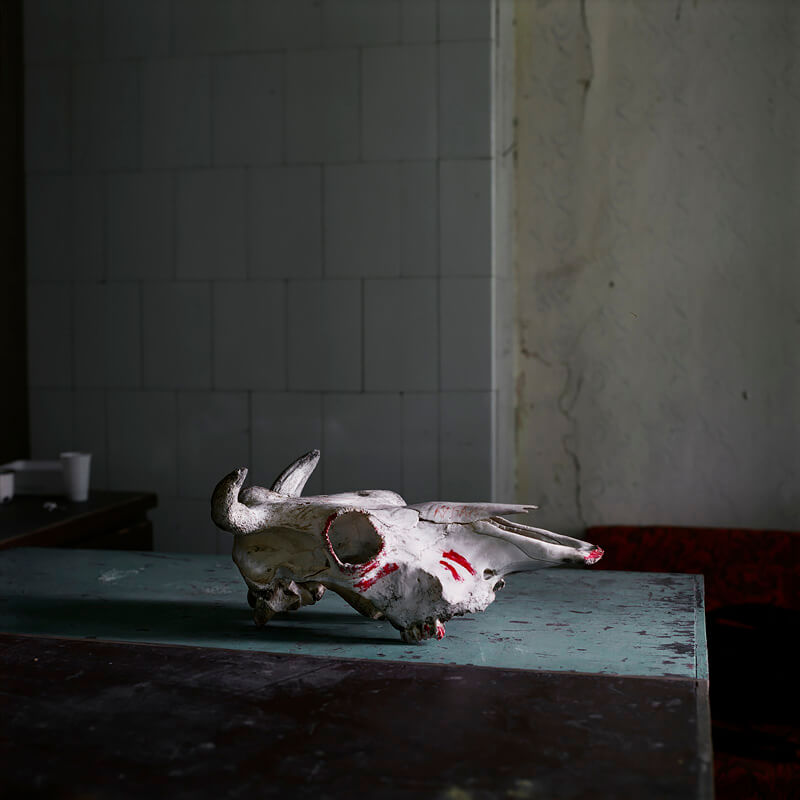