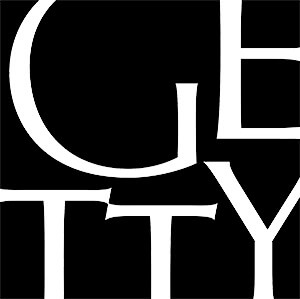 The J. Paul Getty Museum announced today a major gift of photographs from collector and film industry executive Bruce Berman. The gift includes 186 works by 26 artists, seven of whom are entering the Getty's collection for the first time. Reflecting Berman's passion for both black and white and color photographs of the American landscape and built environment, the works feature the people, homes, cars, streets, churches, theaters, and bars that are evocative of 20th-century American life. Among the artists included in the gift are luminaries of the American documentary tradition, such as Harry Callahan (American, 1912–1999), Walker Evans (American, 1903–1975), Dorothea Lange (American, 1895–1965), and Camilo José Vergara (American, born Chile, 1944).

Berman, a founding member of the Getty Museum's Photographs Council, is a Los Angeles resident who serves as chairman and CEO of Village Roadshow Pictures. He amassed his photograph collection based on an interest in the documentation of 20th-century architecture, design, and lifestyles in Southern California, and sought out photographers whose work underscores a growing appreciation of documentary photography as a uniquely American art form. Together with 550 photographs donated from 1998 to 2009, Berman has now donated more than 700 photographs to the Museum, which have greatly enhanced its holdings of 20th-century photography.

The gift also marks the ten-year anniversary of Where We Live: Photographs of America from the Berman Collection, the inaugural exhibition in the J. Paul Getty Museum's Center for Photographs. Organized by former Senior Curator Judith Keller with donations and loans from the Berman collection, that exhibition and the related donations mark one of the most fruitful collaborations between a collector and curator.

We are profoundly grateful to Bruce for his continued support of the Getty Museum's photographs collection, says Timothy Potts, director of the J. Paul Getty Museum. This donation, coupled with his earlier contributions, will transform the quality and depth of our holdings of numerous photographers, while also introducing the work of important new artists. By focusing broadly on the theme of life in late-20th-century America, Bruce effectively created a photographic survey of the landscape, buildings, and lifestyles of the era. We are very fortunate in being able to draw upon such a rich archive for future exhibitions and look forward to showcasing the works in upcoming shows.

As an avid photographer in my teenage years, my appreciation for photographs has evolved into collecting unique snapshots of urban life. It gives me great pride to share these wonderful works with the Getty and future generations of Los Angelenos, adds Berman.

The largest body of work included in the gift is 67 photographs by Camilo José Vergara, who has spent over 40 years recording poor, urban, and minority neighborhoods across the United States. His methodical approach to photography involves researching his subjects, often those living in the poorest neighborhoods in the country, and systematically documenting them over time. Berman's gift includes the photographer's work in neighborhoods of Los Angeles, New Jersey, and New York, complementing 19 works by Vergara already in the Museum's collection.

Other areas of the country are represented in Birney Imes' and Mike Smith's portrayal of the rural south, Joel Sternfeld's documentation of experimental utopias in America, William Larson's Tucson Garden series, and Martin Parr's photographs of Boring, Oregon.

One of the new artists to enter the collection is Alice Attie (American, born 1950), who lives and works in New York City. Her work focuses on people and buildings in urban environments on the verge of change, producing a record of a world rapidly being lost as gentrification and an influx of chain stores replace small businesses. Another, Esko Männikkö (Finnish, born 1959), is based in northern Finland, where he captures deserted places and traces of human presence with his camera.