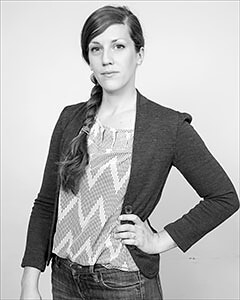 Sometimes something sits with you. For days. Weeks. Years.

In 2014, I was at PhotoNola in New Orleans, Louisiana. I viewed numerous portfolios, ones that were so large they required 2 tables to hold the case. Ones that were small enough to hold in my hand like a flip book. That particular year, the portfolio review slots sold out within five minutes of registration for the event opening. I knew then that the quality of work at this festival would be good because the photographers that registered were clearly ready and on their game.

One such artist was Rebecca Drolen. She sat down at my table, very unassuming looking in a dress with her hair in a ponytail. She looked young...and normal...and when she started talking, I could tell she was sharp. And then there were the pictures. They were so bizarre and wonderful that I had to look back at the woman sitting across from me. Her beautiful black and white prints contained images of long luscious glossy hair...worn like a necktie or earrings. Or hanging like a pair of curtains parted from the window. Or cascading out of a bathtub. Or laying seductively on a pillow, not attached to anyone. Or when attached, the long, gorgeous hair is coming from an eyelid and being curled with an eyelash curler. Or flowing out of a woman's armpit. Or about to be chopped off by a large pair of shears. I looked at Rebecca again and realized these were self-portraits. Brilliant self-portraits. I was lured in by the beauty of the images and then simultaneously repelled by the hair. Hair as subject. As object. As a thing with a life of its own, apart from the body it came from. There was a dark humor to these pictures that resonating with me. So much so, that I'm thinking of these images years later. 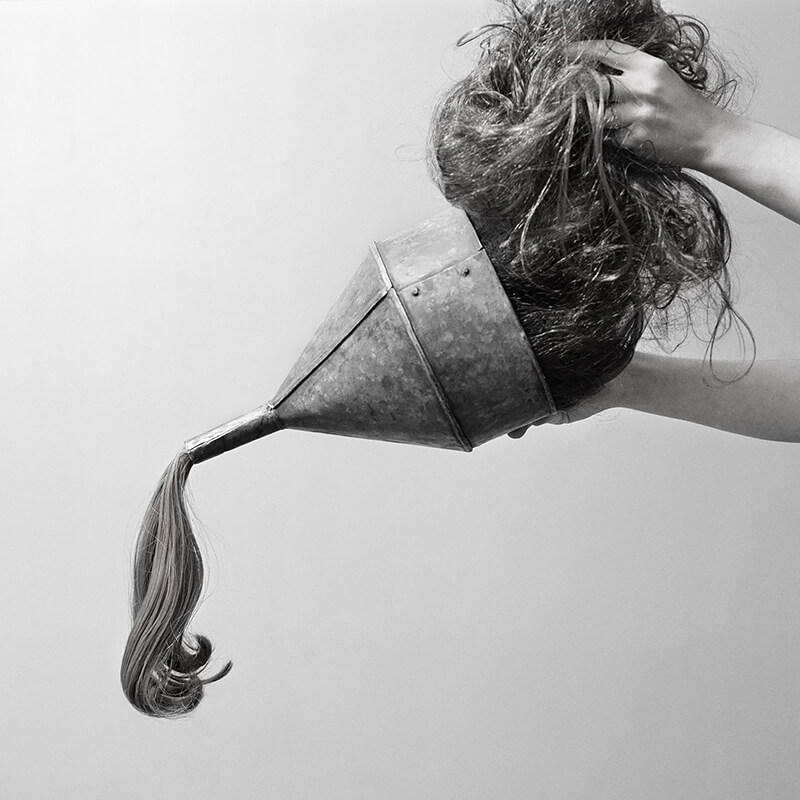 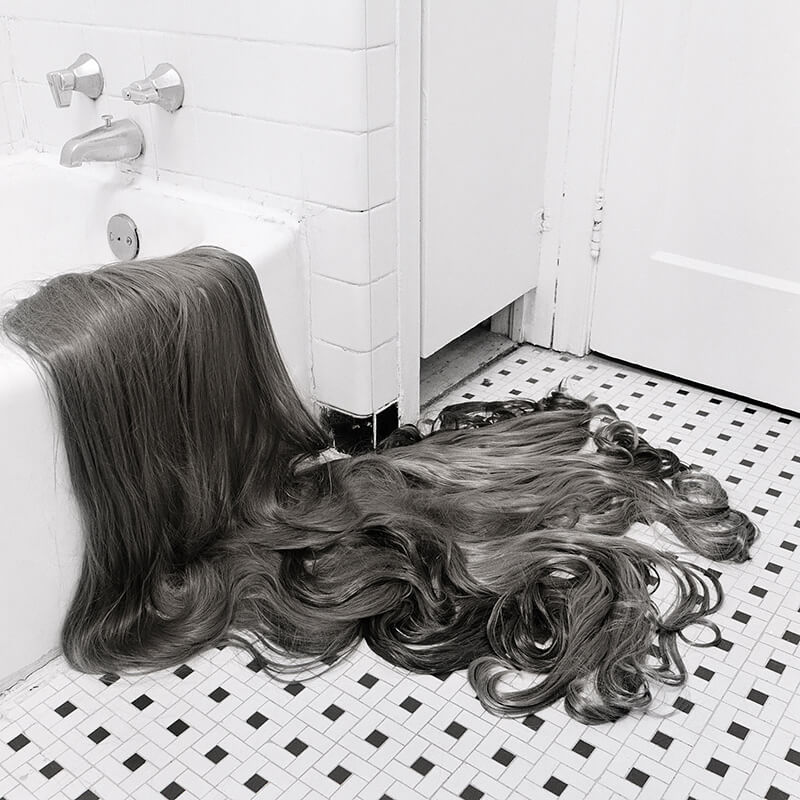 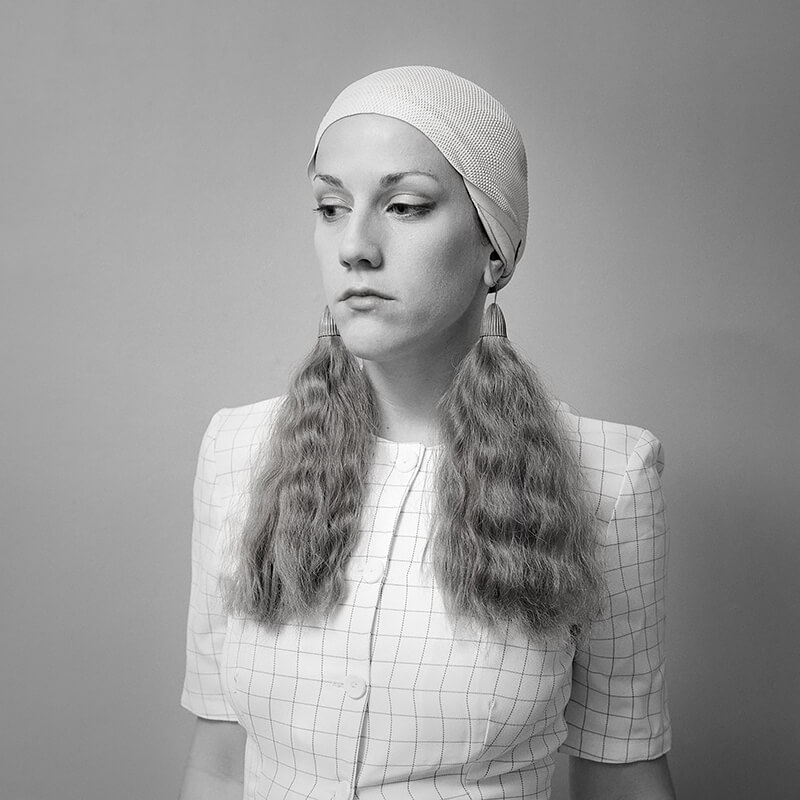 Here is what the artist had to say about this work:

Hair Pieces explores the fickle relationship most have with their body hair. We consider some hair very desirable and grow and groom it with care, while we treat other hair as shameful and cover or remove it. Once hair has become disconnected from our bodies, we treat it with disgust, yet it has an archival, lasting presence that outlives the body and defies death and decay.

I am interested in the line between the beautiful and the grotesque in our connection with hair. I am intrigued by the rules that guide our ideas and self-image in relation to our tresses. In the work, I use photography and the self-portrait as a medium to construct narratives that function both as visual puns and, at times, as social critique. I hope to use the beautiful alongside the repulsive in these images to tell stories of growth and removal as they examine a surreal relationship between hair and its place. 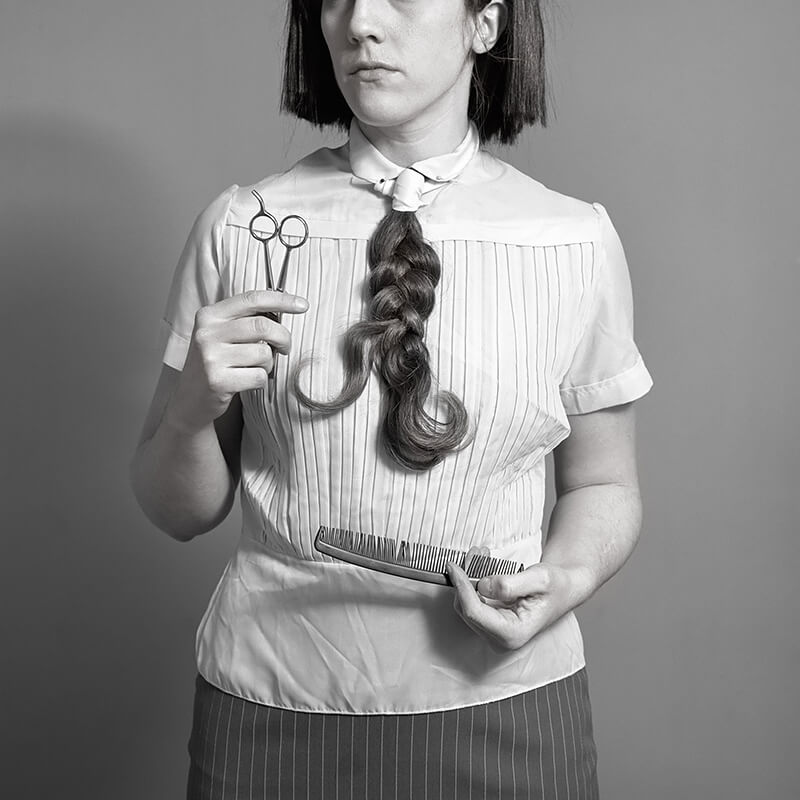 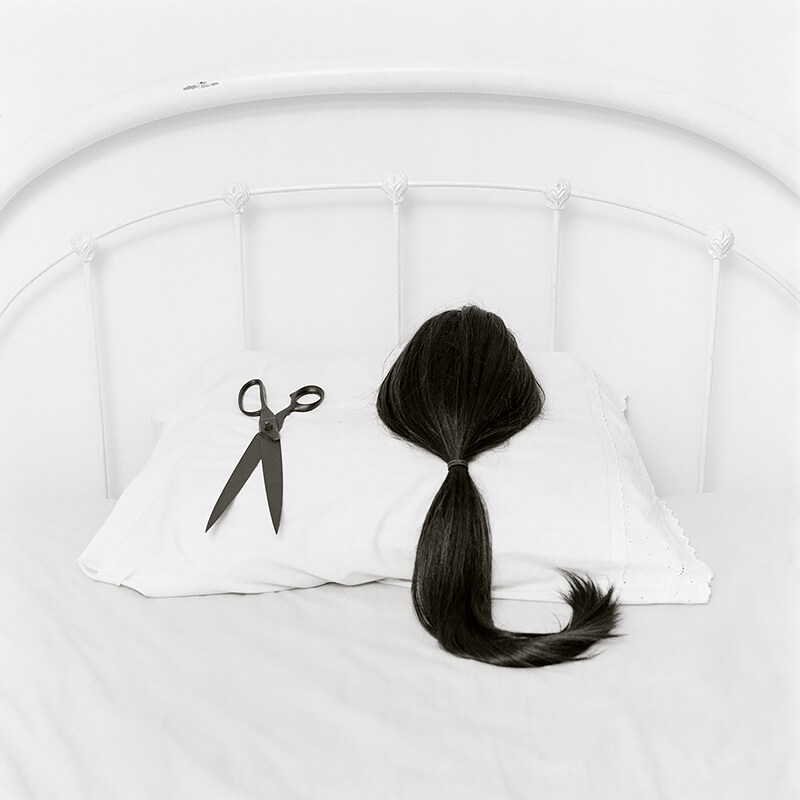 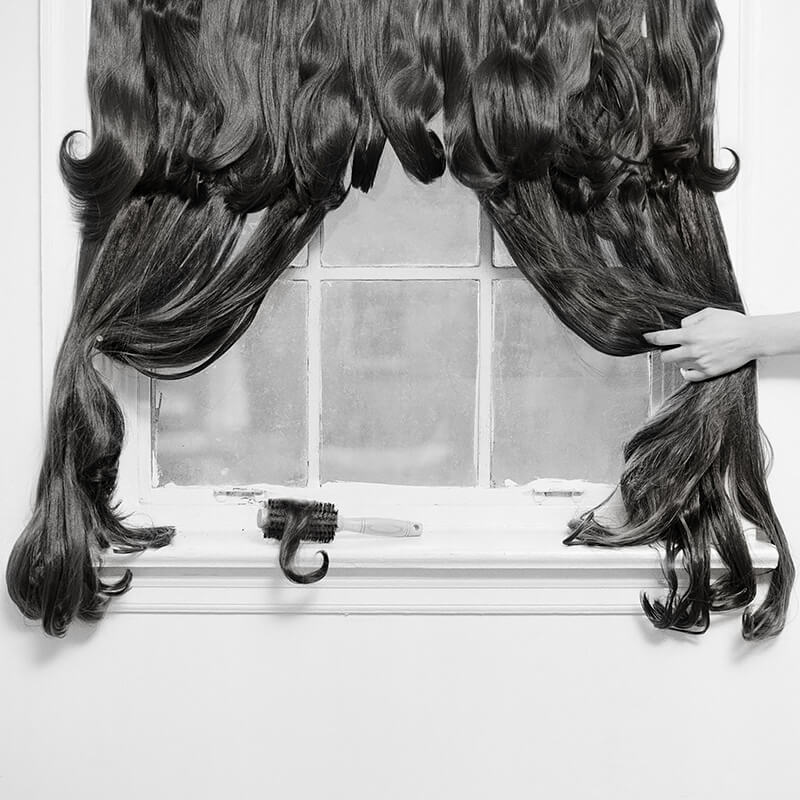 There were also other pieces besides the prints. I had been considering an object exhibition for the gallery at RayKo Photo Center and offhandedly asked Rebecca if she had anything that fit that bill. She sat up straighter and said, Sure, I'll send you a few things. And what things they were! Lockets with photographs of women with chin hair and chest hair and massive tufts of inappropriate hair sprouting from their undergarments coupled with pieces of the actual hair on the opposite side of the precious jewelry. Or a whole necklace made out of flaxen hair, like exotic bird feathers, or a broach with an image of a woman with the most tremendous unibrow you've ever seen. Humorous, beautiful, clever, ridiculous, and revolting all at once. Sheer brilliance.

Since she completed this project, she started a new series of photographs that follows the lineage of her Hair Pieces project, but more broadly questions how manipulations to the female body (hair, nails, teeth, etc) can be used as defense. These images are color and feature some startling shots of heads sticking through walls with what looks like black tar dripping on them...and another of the strangest image of hair with a few very sharp fingernails that are capable of slicing off chunks of this hair. And perhaps even cutting a hole in the wall to reveal another woman behind the wall. There is a lot going on in these images, the vibrant color a departure from her sublime B&W prints. This color sometimes feels like an assault, sometimes like a caress. I think the artist chose deliberately. This new work is in its beginning stages and I can only imagine how it will evolve and where it will lead her...and us, her enraptured audience. 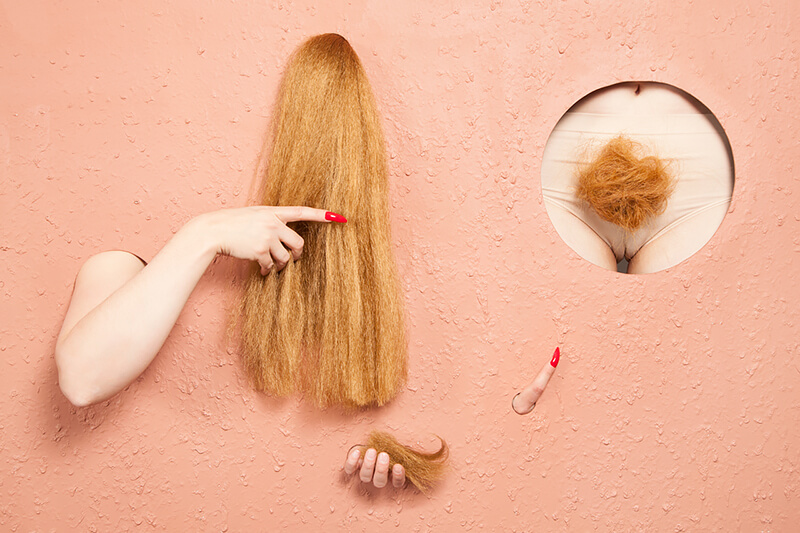 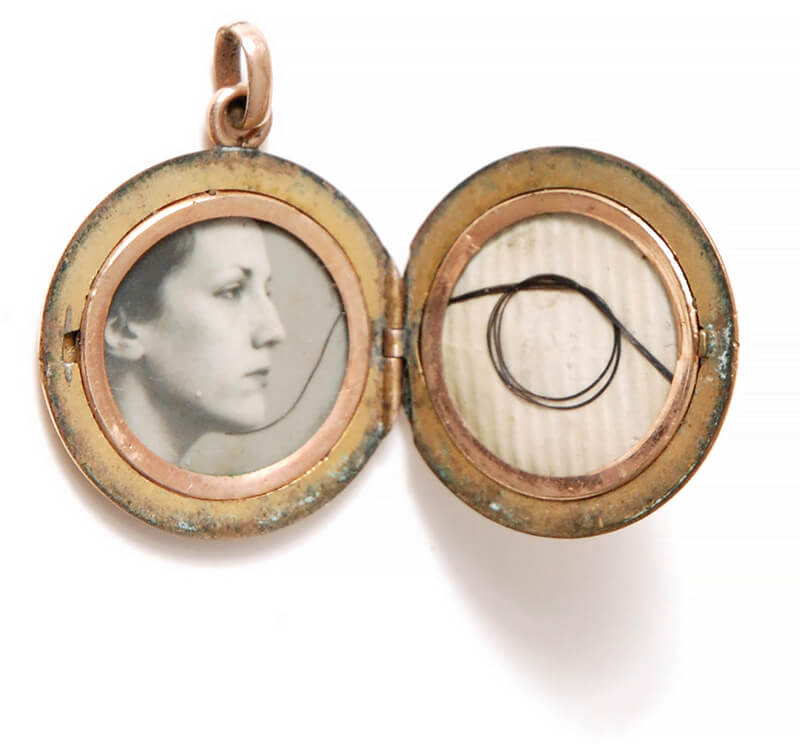 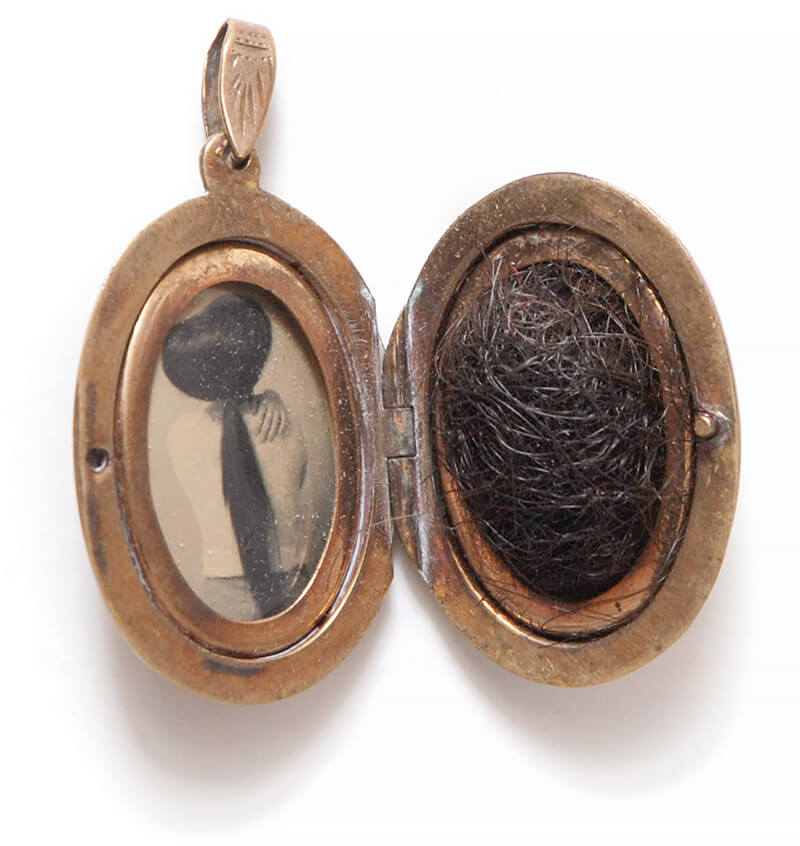 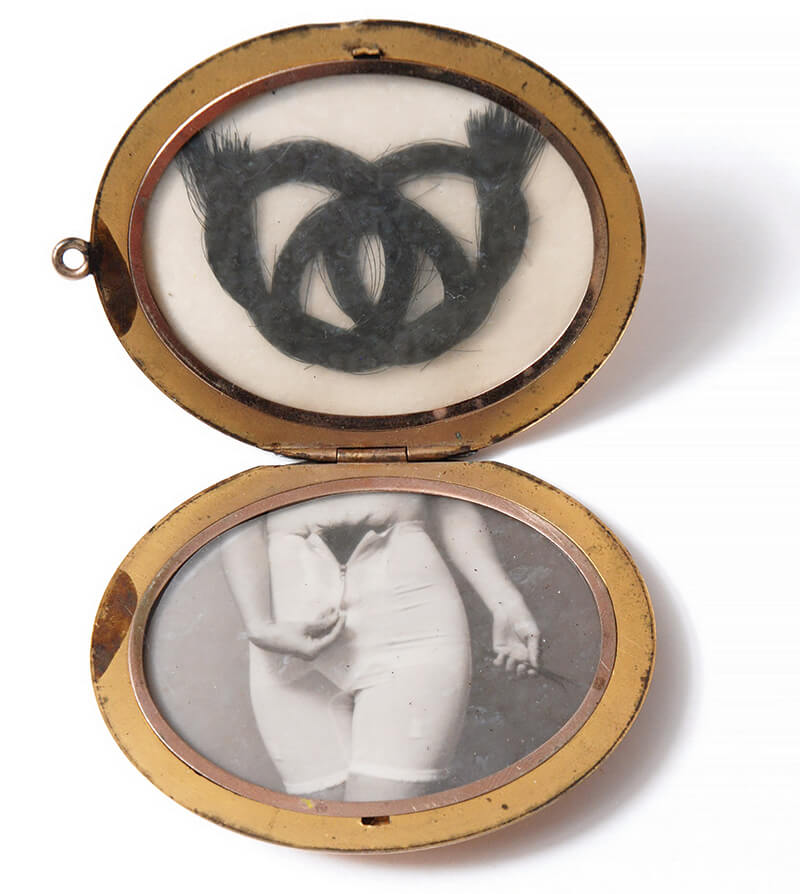 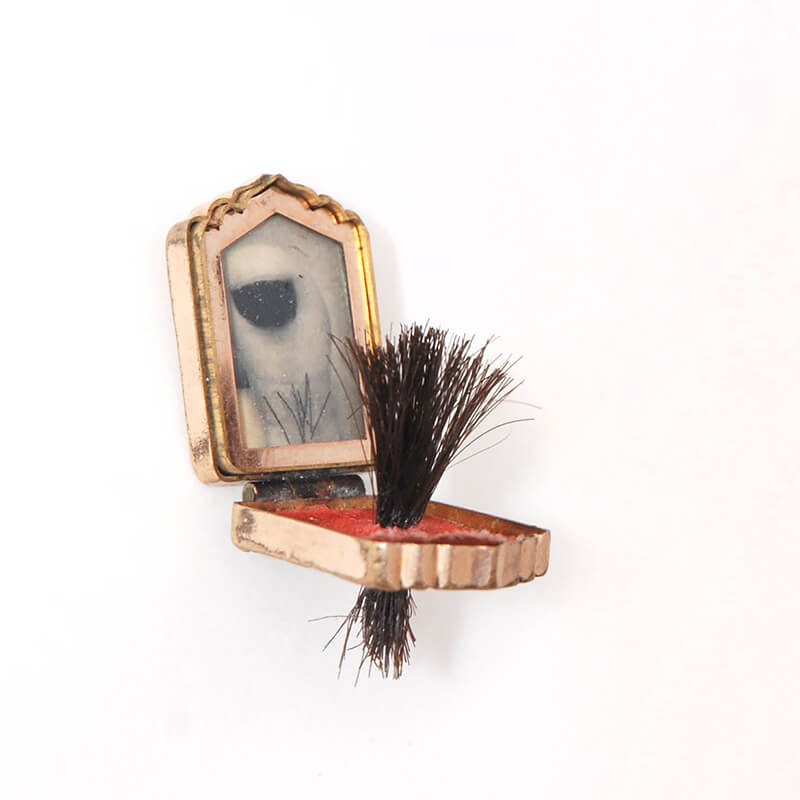 Now, back in New Orleans, Rebecca Drolen had more than self-portraits; she had another body of work called Transplants: Portraits of the non-native South. I moved once to Georgia. I was struck by the light and the humidity and the way the sky pressed down on me in all seasons. There was a lushness and beauty to the land even in the winter that didn't exist in my Northern New York State hometown which was much closer to Canada than to Manhattan. While I marveled at the land and the Spanish moss and the buildings that Sherman didn't burn on his march to the sea, I also recognized that I was an outsider who might never assimilate. It seems as though Rebecca too was taken with the Southern landscape as her portraits are diptychs and triptychs which feature an unexpected figure standing amidst frames full of greenery and leaves. A belly dancer in full regalia amidst a jungle of bushes. A young man in a Thrasher t-shirt in a sea of reeds who looks like he'd be more comfortable at a skate park. Another woman with startling red hair in a green forest. What are they doing there? The majority of this series has been photographed in Nashville, Tennessee, and Atlanta, Georgia. Rebecca just received a grant through the University of Arkansas (where she is a professor) to travel to New Orleans in the summer of 2017 to continue creating portraits for her Transplant Series.

This is what she has to say about this ongoing project:

Transplants explores questions of how regional culture, specifically that which constructs a Southern identity, is adjusted or reassembled by the influence of outsiders. The outsiders depicted in the work are people who have moved to a large, Southern city from elsewhere. The project serves as a demographic study describing the appearance of these people within the local landscape.

As contemporary populations become increasingly migratory, influences from throughout the country and world appear to be absorbed within urban spaces of the South, adjusting our expectations of culture, heritage and commerce. Those who transition to the new space may both affect and be affected by their chosen landscape. The result challenges our assumptions of regional identity and points to the modern American cityscape as a multi-dimensional space fraught with the challenges of preserving heritage while embracing the benefits of broadened perspectives.

I'm looking forward to experiencing these new portraits from another Southern city and to see how Rebecca Drolen navigates the next phase of the project. When I consider the style of her documentary photography along with her very designed self-portraits, I realize how rare it is to find an artist who is as diversified as Rebecca. I wait with anticipation for her ensuing pictures and projects! Rebecca Drolen received her MFA in Photography from Indiana University in 2009. Before joining the School of Art at the University of Arkansas as a Visiting Assistant Professor in Photography in the Fall of 2015, she worked with several institutions including the University of Georgia, Michigan State University, and Belmont University. Drolen's photographic work explores portraiture and constructed narratives, using the element of truth that a photograph carries to validate scenes. An exploration of how individuals visually assemble their identity is paramount to her work. Drolen's photographs have been shown in group and solo exhibitions on a national and international level, within noteworthy venues such as the Huffington Post, Oxford American's Eyes on the South, the Houston Center for Contemporary Craft, Texas Tech University, CICA Museum in Gimpo, Korea, and the Theory of Clouds Gallery in Kobe, Japan. Drolen has had work published in various art magazines and blogs and has a piece held in the permanent collection at McNeese State University in Lake Charles, Louisiana.