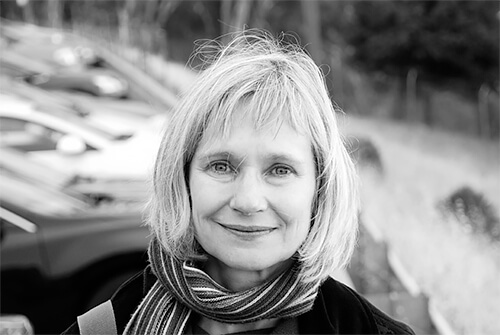 I first saw Laura Parker's work at Review LA. This was a portfolio review run by the great folks at Center who also organize Review Santa Fe. Review LA, which unfortunately no longer exists, happened concurrently with Photo LA, so it felt the entire city was submerged in photography. It may have been 9 years ago now that I saw Laura's work and yet it still resounds with me. Back then she showed images of horses and water printed through circles or what appeared to be lenses on large sheets of chromogenic paper, unfurling like scrolls with looking-glass glimpses of equine legs and chests appearing on the black paper. Laura had photographs of pot bottoms too (wonderfully textured and rusted and showing a life lived). She also did things with c-prints that I'd never seen done: she made rubbings of different objects. These were a vast distance from the wall rubbings we made with crayons in grade school. Here is what the artist had to say about this process:

My discovery that exposed and developed sheets of color photo paper can be used to translate a series of physical marks led to this series of rubbings. There are two representations here: the chemically developed black photograph is a literal picture of white light; a camera-less photograph. From there, what started as ‘photographic' cedes to the tools of an older form of printmaking. Instead of optics there is a stone. Instead of a taxonomy of subjects there are objects: a labyrinth, a leaded window, a double-headed axe. My hand directs the stone over the paper, using varying pressures and angles, and the objects hidden underneath begin to reveal themselves. I move the paper around and possibilities multiply. Correspondences develop between the micro and the macro. I imagine stroboscopic mappings of nerves and synapses, or strange nocturnal landscapes viewed from the air.

I exhibited some pot bottoms coupled with an early rubbing in a show about cameraless photography called, No Mirrors back in 2010 at RayKo Photo Center. I later invited Laura to be part of an exhibition titled One-of-a-Kind in 2013 with a series of her rubbings because by then the way the reds and yellows came through the broken or abraded black paper was mesmerizing. Axes, yes, perhaps. But they seemed more like Viking coats of arms or shields. A Morse code of circles and lines drawing us into the pattern and revealing the hand of the artist while somehow not revealing the object or the source. I stood with these images a long time and wanted a whole wall of them. 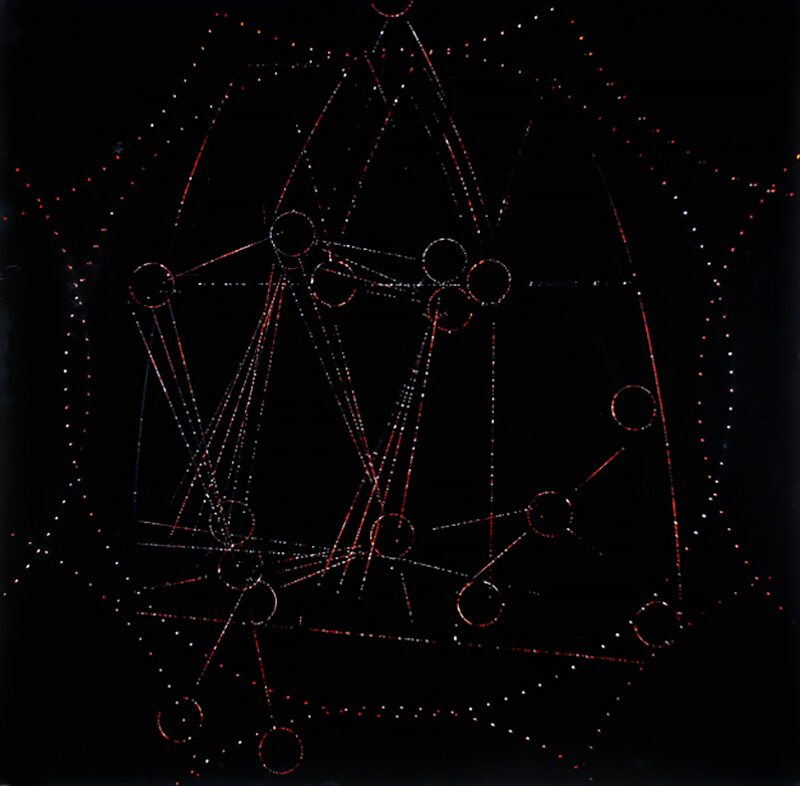 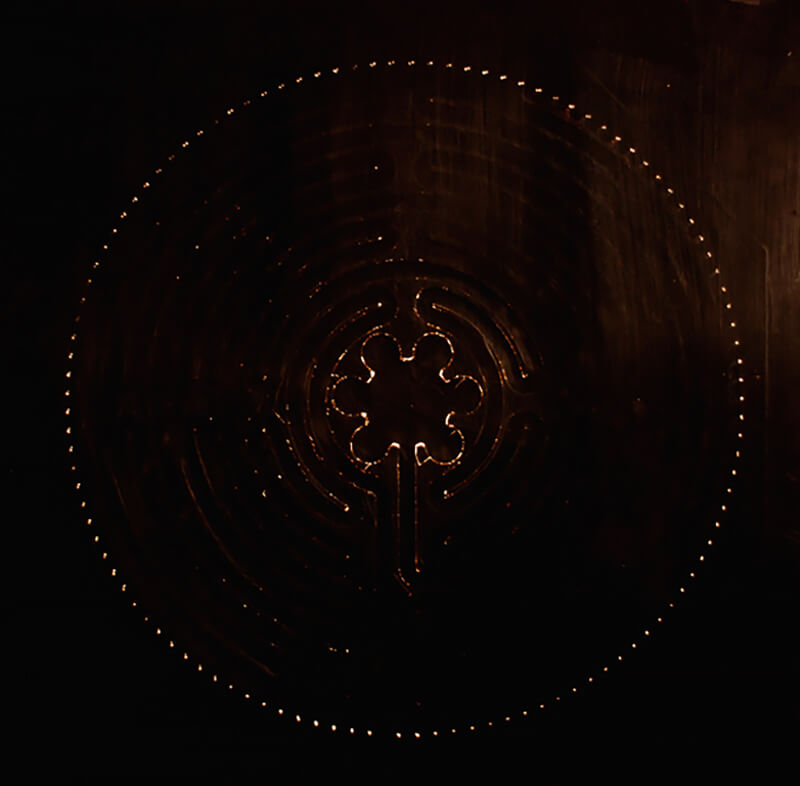 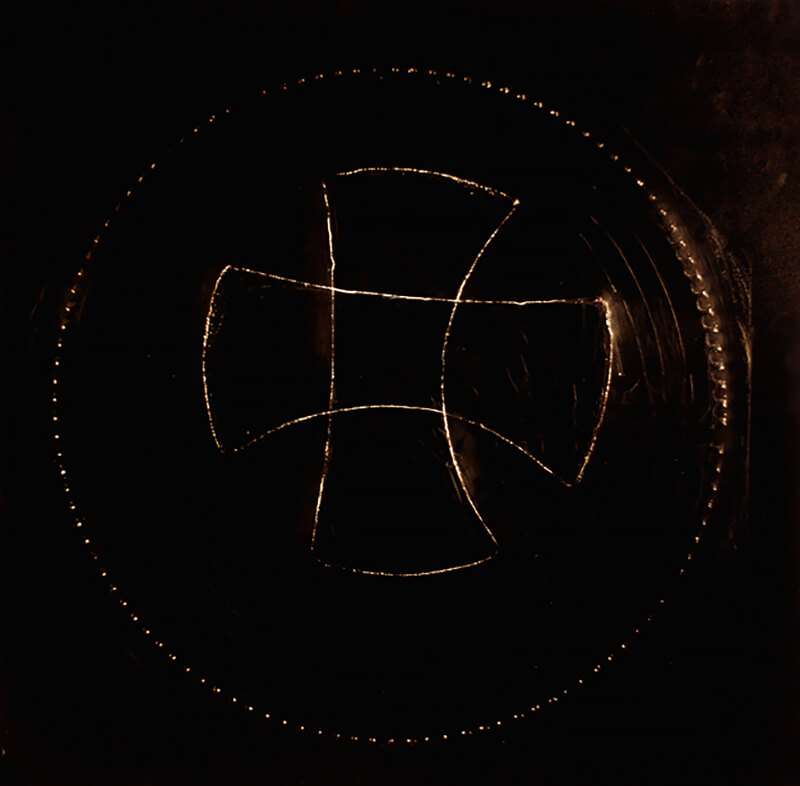 Luckily for me and for anyone who is able to be in Southern California this weekend, Laura Parker has an exhibition of these prints up at Sparc Gallery in South Pasadena. As part of the closing reception for her show titled, Imagining Infinity, she will also be presenting an artist talk on Friday, May 26 from 6-8. Where else would you want to be this weekend but sitting in the audience asking the artist how she came up with her ideas? Because Sparc isn't just showing the rubbings; they are also featuring a selection of her photo drawings. This is another ongoing project that might just need a little explaining:

On September 22nd, 2010, I aimed my camera at Jupiter, which was at an unusual peak of brightness and in close proximity to a full harvest moon. Transfixed by the desire to document this luminous pairing, I took a deep breath and steadied myself for the first few shots. Deep space is seductive to the imagination, but distant celestial objects rarely translate on the ‘photographic fly.' I adjusted my approach to take better advantage of what was happening already – Jupiter and the moon were bouncing around the viewfinder of my hand-held camera, each slowly-exposed frame registering, in the form of a white line etched against darkness, the unsteadiness of my wrist. Documentation gave way to animation and using slow, multi-second shutter speeds, I was more effectively using the paired planets as point-sources of light to write with. Diagonals were followed by circles, spirals, squares, and eventually a series of letters to spell out my name. Whether ‘filament' like, or vaguely alphabetical, I would say that the resulting images are a testament to my imagination being captured by the infinite and timeless; by a kind of restlessness that has all the legibility of a yet-to-be-named cluster of stars. These light-markings resist interpretation.

And yet like all of Laura's work, I attempt to interpret them. Or at least I bring my own experience to the viewing.

The series of photograms represents a return to the most elemental form of photography – a ‘direct print' of an object on paper. Using a moving flashlight to illuminate the object creates surprising haloes and depths. These images reference the optical as well as large bodies in deep space, again, alternating the micro and the macro, and referencing the body that observes (the eye) and the body that is observed (the vastness of space and what it contains). 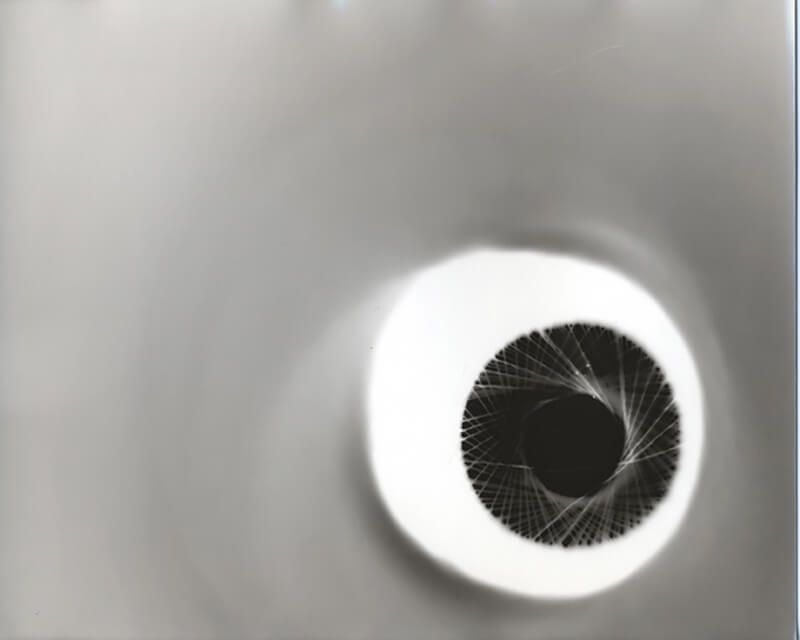 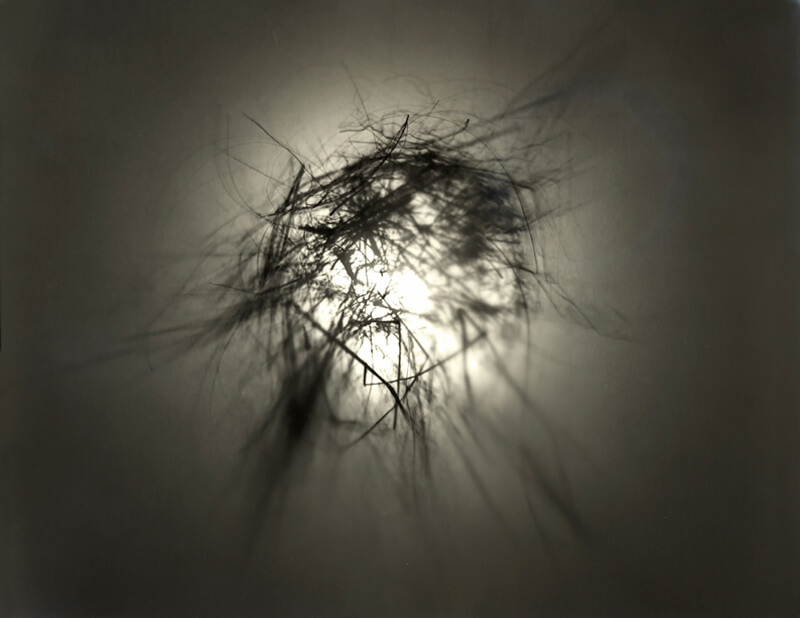 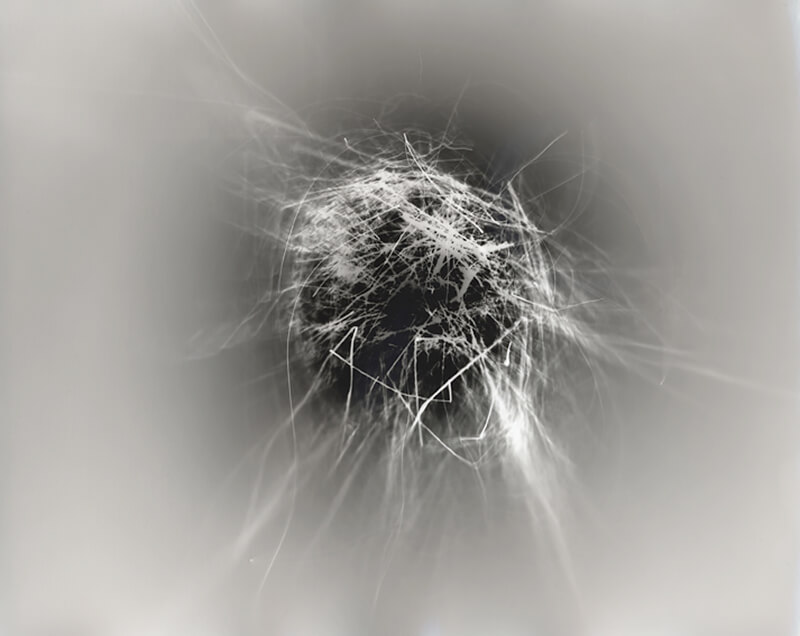 And this, I feel, is important too though Laura labeled it an afterthought:

As a photographer, I have always been interested in the commonly shared creative processes and methods of observation in the arts and sciences. My partner in life is a scientist at Caltech and the confluence of our chosen fields has undoubtedly influenced my work. There is a shared dedication to an investigative process that changes how one experiences the world.

I, for one, am excited for what this merging of the arts and sciences has evoked and for what the mind of this brilliant artist will bring us next. I'm thrilled at her trajectory and for her talk on May 26! Brava, Laura! 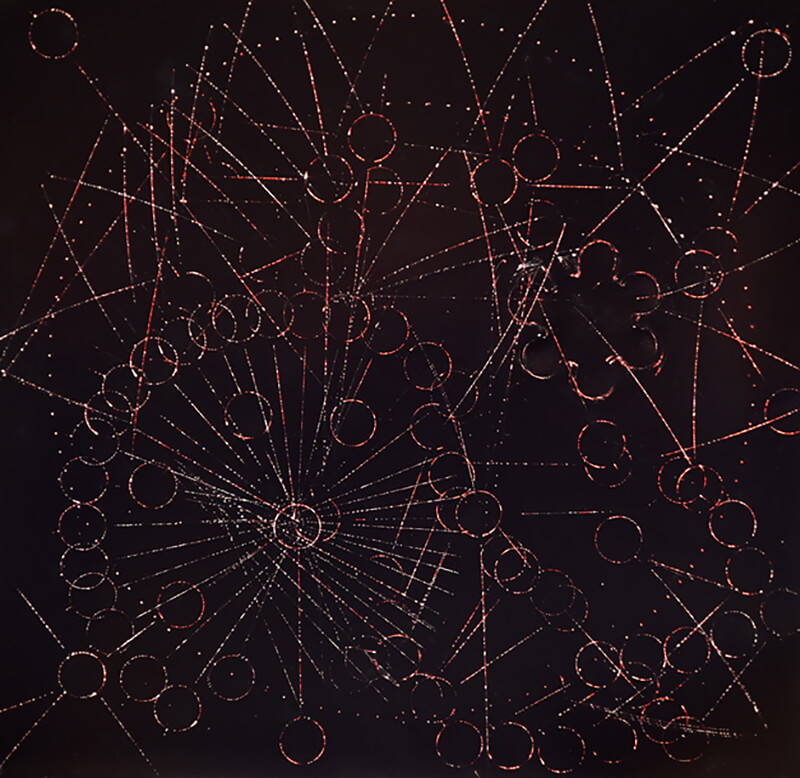 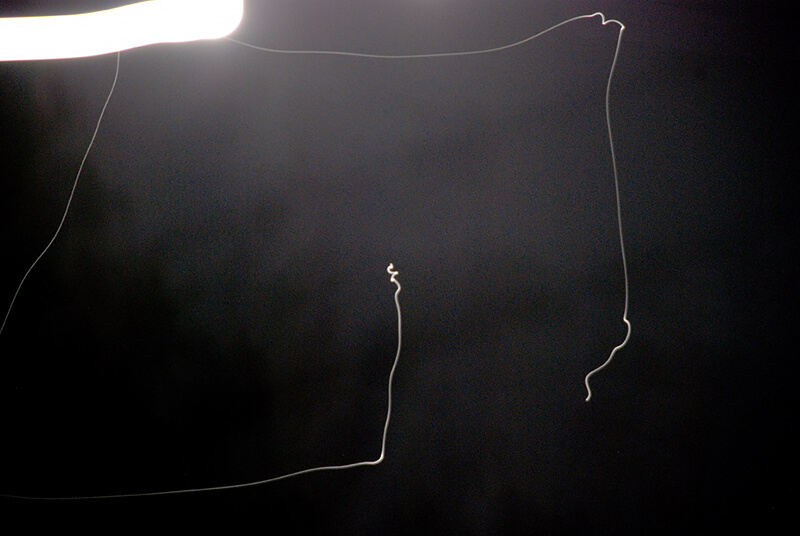